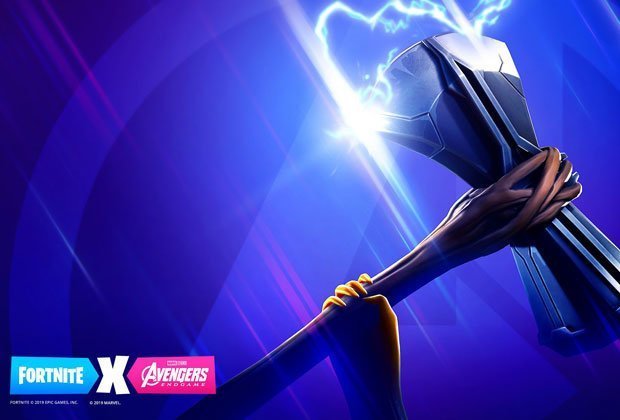 Fortnite’s Avengers Endgame teasing continues to both confuse and delight fans of the game and marvel cinematic universe.

And whilst the main message might have stayed the same, mimicing the same “Whatever it takes. 4.25.19” message first revealed, the image posted today has shown off a brand new, well-known character of the Marvel film universe.

This time, with Thor’s mighty axe.

At this stage it seems highly unlikely though that whatever Epic Games are planning will add any Avengers themed skins into the game.

It’s more likely to be a series of high-level weapons.

It certainly wouldn’t appear as though Epic are adding skins, unless they’re keeping all those good bits held back until the very last minute.

Stay tuned for more info. This is a breaking story which we shall be updating shortly.