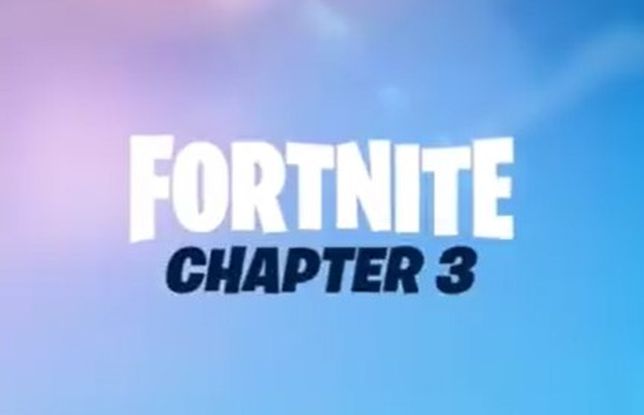 An ad for Fortnite Chapter 3 has gone up early on TikTok and it reveals the fate of the Chapter 2 map, if you don’t mind spoilers.

For only the second time in its history, Fortnite is going to get a new map and start a new chapter, but while the end of Chapter 2 is only a few days away some of its most important secrets have already been leaked.

The leak is part of an advert showing the finale event and has been confirmed as real by several insiders. Supposedly it appeared on TikTok before it was supposed to, and the footage quickly disseminated across the internet from there.

What’s not part of the leak is the fact that Dwayne ‘The Rock’ Johnson is going to reprise his role as the voice of The Foundation. Technically it’s never been officially confirmed that he was the voice, but it was always pretty obvious and the new Instagram video below (which in a capitalism double bill is also hawking his ZOA energy drink) is especially blatant.

If you do choose to watch the leaked advert, you’ll see that the gimmick is that the whole island has been flipped upside down, revealing an entirely new map beneath.

Ignoring the fact that that’s not how islands work, you can see Agent Jones is involved, as UFOs float in the skies above and the Cube Queen is, presumably defeated.

Epic Games had previously asked regular leakers such as HYPEX and iFiremonkey not to post any new info in the lead-up to Chapter 3, but it’s unclear whether that truce is going to hold given this unexpected leak.

The fact that the Chapter 2 map is still there, under the water, will no doubt play into the future of the new map, which is very different to the fate of the original Chapter 1 map that was sucked into a black hole.

Chapter 2 will end on Saturday, December 4 at 9pm GMT, in a massive one-off event called The End. It’s not entirely clear when Chapter 3 will begin but last time it took a couple of days for the game to reappear.

Screen Tearing Is Bad In Assassin’s Creed Valhalla On Next-Gen, But Worse On Xbox Series X