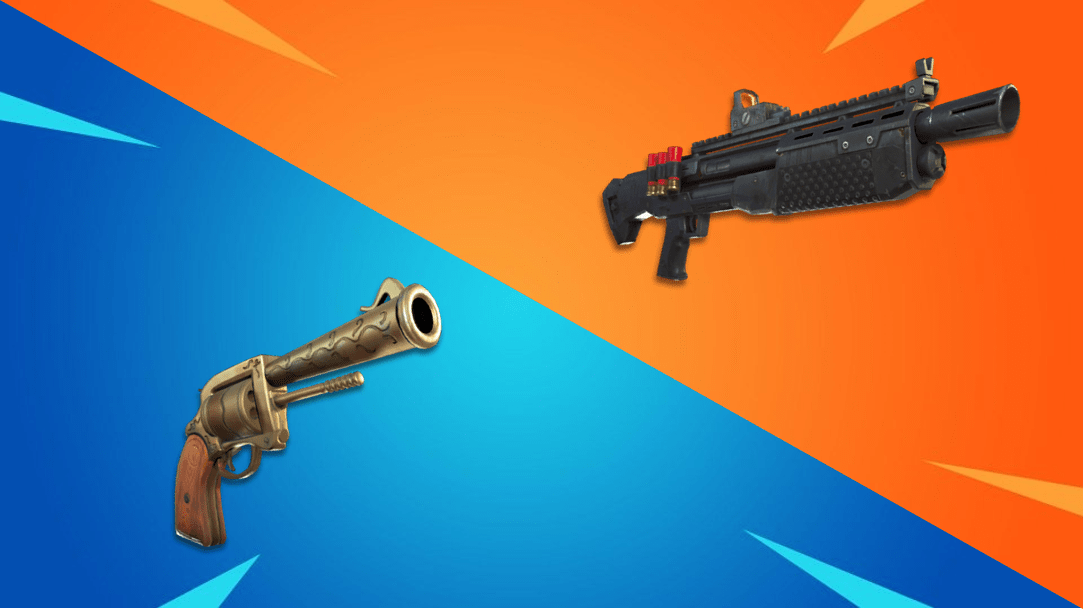 According to Fortnite Insider, a Reddit user by the name of Lightning_Splash has noticed some peculiar updates to the games Revolver weapon, which recently received a surprise buff out of the blue.

“Fire rate has been increased by 0.3 and the reload time has decreased by 0.2,” writes Fortnite Insider.

In addition to this the site has also suggested that the Heavy Shotgun could be set for a return as well, having been vaulted back in Season 7.

“There are some changes that were made to the shotgun before it was vaulted, such as the reticle changes which showed the amount of pellets that have hit and the damage to structures being reduced.”

“There were also changes made to the reticle of the Shotgun where it had changed from red to green, but it is unconfirmed when exactly these changes were made.”

On top of this, there are some additional clues which suggest the Heavy Shotgun is set to return to the game.

Fans have spotted that one of the main Fortnite Season 9 artworks shows the character Stratus holding the Heavy Shotgun.

For the most part these Seasonal images have normally teased either the introduction of new weapons or new features.

You only have to look to the Vendetta skin to notice it’s also packing the new Season 9 Burst SMG.

So it would stand to reason that if one of the characters is holding a vaulted weapon, that it too could return to the main game.

Otherwise, why include it?

For the time being the only confirmed details we have about the new 9.20 Update is that it will be introducing a new Storm Flip Item, although it’s not entirely clear how this will work.

The only clue fans have to go off is the item description on the news feed, which reads: “Unleash the storm or tame it. The choice is yours!”

Epic Games has also stated that they will be nerfing the Boom Bow, which is largely viewed as being overpowered in the game’s meta.

“Unleash the storm or tame it. The choice is yours!”

Event planning: The newest emerging trends in an industry rocked by disruption