Caught Red Handed is a little quest in Riften where you're tasked with finding Haelga's Marks of Dibella, embarrassing her to get revenge for Svana. It's a short and sweet distraction, but one fan has expanded on it, giving you a new choice, brawls to take part in, and a potential new boon.

In the base game, you have to help Svana, but Caught Red Handed – Quest Expansion means that you can reject her request and help Haelga rather than shaming her for being a sex worker. You can also convince Svana to stand up to rude customers, even going as far as to brawl with one on her behalf. Tythis, who has expanded dialogue with the mod, is one of these customers, and if you encourage Svana, she'll threaten to "cut off his most precious tool."

If you choose not to help Svana, leaving Haelga alone, you'll be able to "witness Haelga's Dibellan Arts". You get to spend the night with Haelga. The screen cuts to black, you hear some innuendos from her dialogue, and then you get the Experienced Lover's Comfort bonus and your very own Mark of Dibella. You can use the gem to craft a necklace which gets you 15 percent better prices. 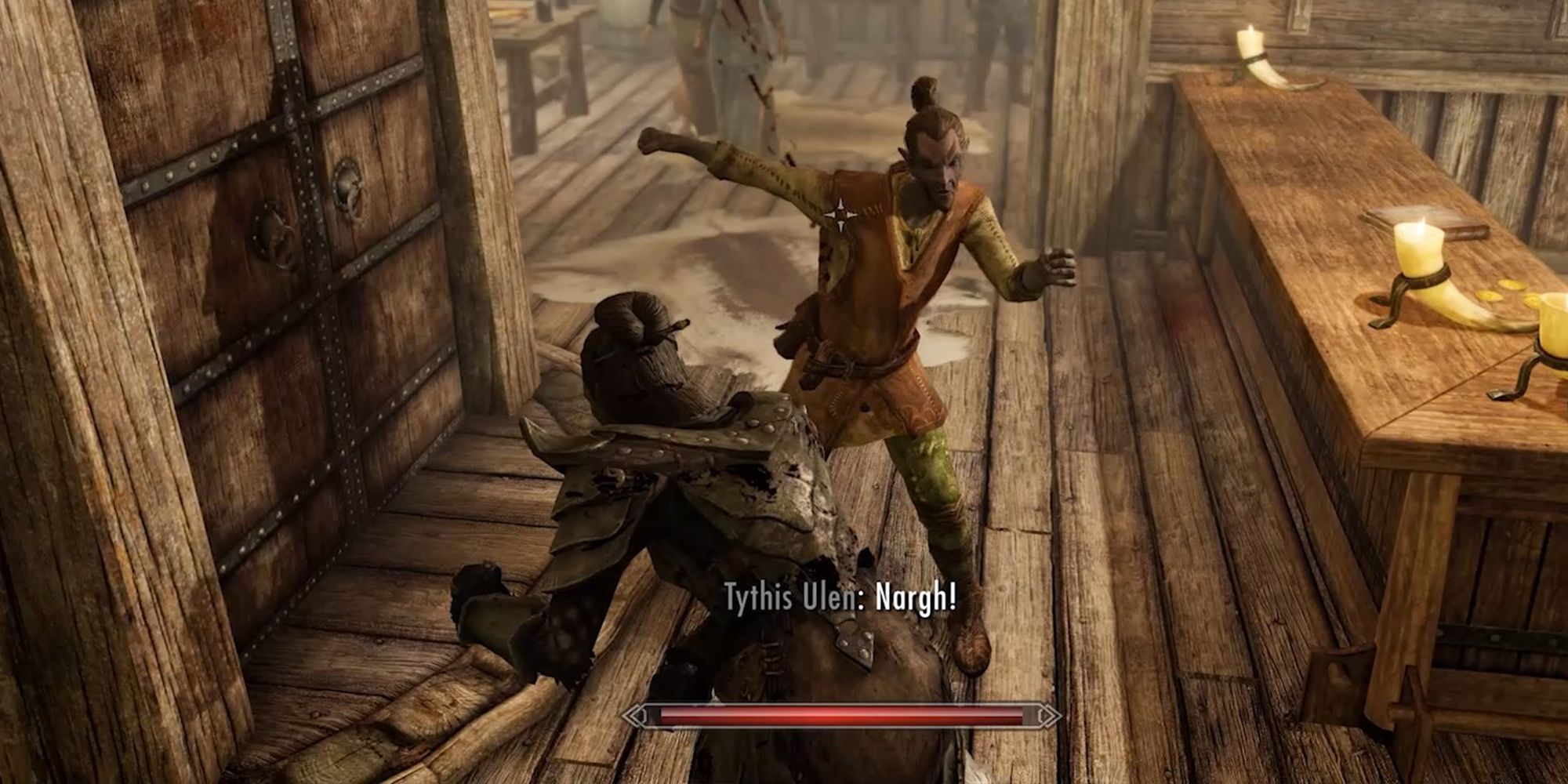 If you win Haelga over, you'll be able to see her every 24 hours for the bonus. She'll even comment on the fact you keep coming back with a few new voice lines.

The mod is also compatible with any Haelga and Svana overhauls given that it doesn't change the NPCs visuals. And if you decide to stand up for Haelga, you don't have to spend the night with her – it's entirely optional. But if you do, she doesn't discriminate. Man or woman, you can visit her.

The mod comes from jayserpa who has also expanded the Pararthurnax, House of Horrors, Nilheim, and Only Cure quests. If you want to add more depth to the quieter moments of Skyrim – or the optional side content – then these mods are well worth trying out.

Final Fantasy: The Most Breathtaking Locations In The Games, Ranked