Home » News » Games Inbox: Which is the best Call Of Duty game? 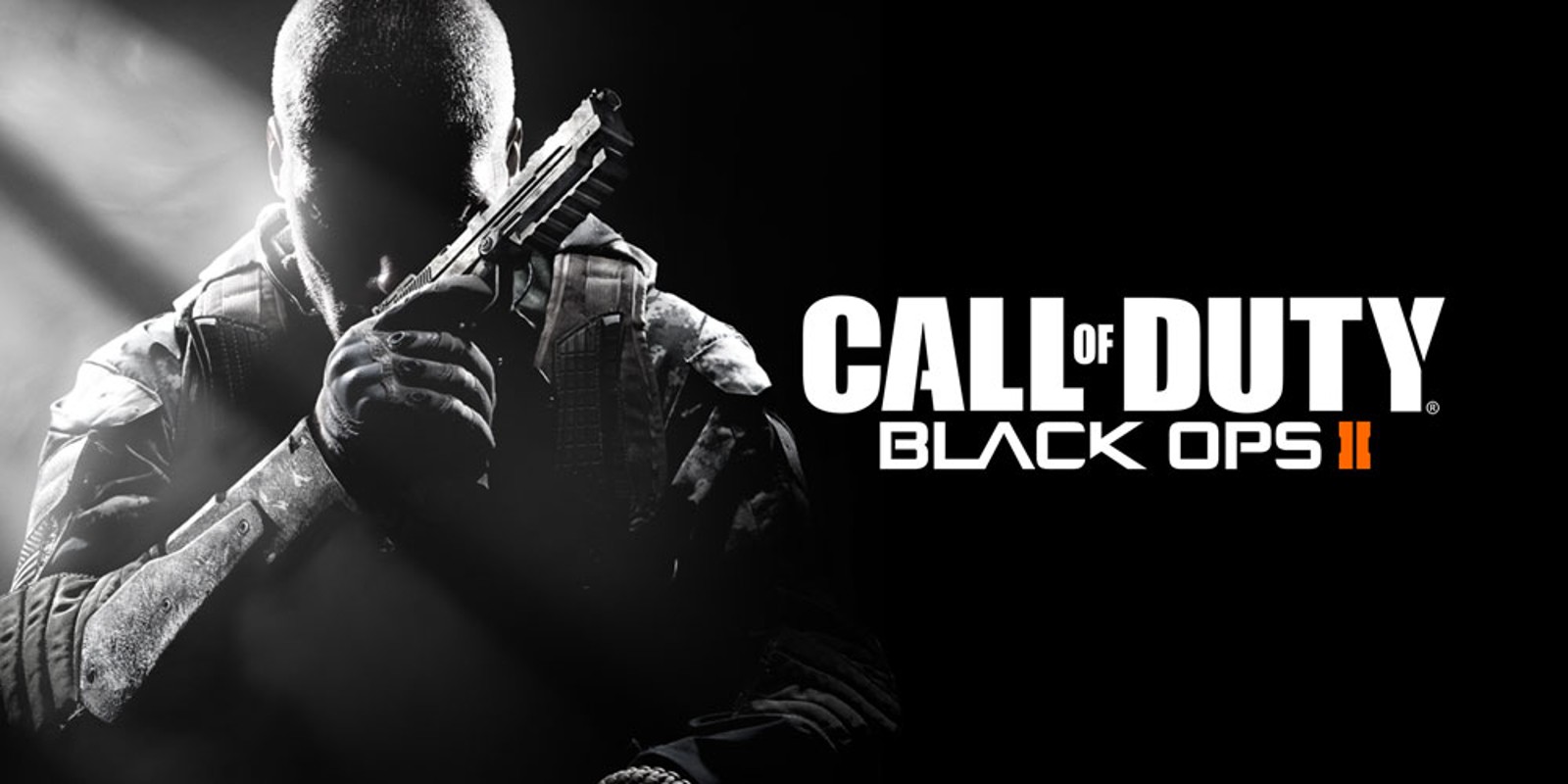 The Wednesday Inbox is amazed at Nintendo’s Top 30 domination in Japan, as a reader reports back on the Tormented Souls demo.

Golden age
I think it’s understandable to think that Call Of Duty is currently in a bad place, except Cold War was still number one last month in the US, even though it’s been out for coming on a year and the next one has already been announced. Add in the success of Warzone and Call Of Duty is still one of the biggest games in the world, even if, like Fortnite, it’s not necessarily something hardcore gamers are interested in anymore.

That said, I do think in terms of quality its best is definitely behind it. For me the best ones were all around the late 2000s, with the front runners being Modern Warfare 1 and 2 and Black Ops 1 and 2. That was definitely the golden era for the series, even if it’s gone onto become even more financially successful since.

Back then though it was a real influence on other games, not just in terms of the multiplayer but the story campaign was groundbreaking, and I don’t think you’ve been able to say that about the series for a long time now. That doesn’t mean it’s a failure, Call Of Duty has been one of the biggest things around now for over 15 years but for me there’s not anything very interesting about it anymore.

My choice for the number one game? I’d say Black Ops 2, that one was near perfect for me. But Modern Warfare 2 was great too and it’s a close run thing. If Vanguard can get even close to that good I’ll be very surprised – and impressed.
Taylor Moon

Too real for COD
Call Of Duty, WW2, and the possible Eastern Front setting for some reason reminded me of a Belarusian film called Idi i smotri, aka Come and See that I watched years ago and would recommend to anyone who wants to see the brutality that occurred on the Eastern Front, and how it’ll no doubt barely be shown in any meaningful way in Call Of Duty.

The whole film contains some distressing visuals but none more so that the devastating village scene which, even to this day, is so harrowing, terrifying, and downright sinister it makes you wonder how on earth the director filmed it without resorting to tears himself (he was born and raised in Stalingrad no less). There’s no CGI, no real saccharine plot points, and certainly no embellishment in its storytelling.

I think it’s even now being discussed as an anti-war masterpiece. It’s certainly an essential watch, albeit a painful one.
Andee
PS: Currently played through Hades and although it’s good I think I prefer the buttock clenching biomes, not to mention those majestic boss battles, of Returnal.

GC: Come and See is an amazing film but brutal is a real understatement.

Long shot
GC, did you see the rumour that Sony are getting FromSoftware to do another exclusive that is a brand new IP, with Hidetaka Miyazaki as the director? Seems like one of those too-good-to-be-true rumours but I’d love it if it worked out.

They’ve been quiet with Elden Ring but before that they were making up to three games at a time so even if Elden Ring is bigger than previous projects it’s not entirely impossible.

Personally I’d prefer to see Bloodborne 2 though and would assume so would Sony. Although without knowing what this new game is supposed to be that’s impossible to tell.
Oxbow

GC: We did see that rumour but given the lack of proof, and the source’s increasing unreliability, we didn’t run it. Like you, we’d imagine Bloodborne 2 would be much more likely if Sony did team up with From again.

Solid Switch
Will we ever see Nintendo and Konami give us a Metal Gear Solid game on the Switch? At this point I’d settle for a Twin Snakes port, that way it wouldn’t take long to make it happen. You only have to look at how good this GameCube title looks on the Dolphin emulator to see a port might not actually be a bad idea. It would allow a Metal Gear Solid title to appear on the Switch and would also give Metal Gear Solid fans a reason to get a Switch.

To be honest if the PlayStation 5 and Xbox Series X do end up with a remake then surely the Switch could offer a port of Twin Snakes as an exclusive instead. It would be great if the Switch was not denied a Metal Gear Solid game for it, as it is long overdue. Let’s hope Konami and Nintendo can work something out and make this happen. Here’s a video showing this title in 4K with upscaled HD textures at 60 frames per second.
gaz be rotten (gamertag)

Super effective
Was it just me or did the second part of the Hot Topic last week not appear?

I was hoping to see if my near perfect game to hardware pairing of Pokémon and the Game Boy was going to get mentioned. The two are so well matched due to the hardware allowing the ethos of the game to shine with the portability enabling players to travel anywhere, capture and train pocket monsters, and then trade and battle them with friends.

Satoshi Tajiri’s original vision of allowing children to find and catch creatures and share them with like-minded pals could only really be done on something like the Game Boy so it gets my vote! The same goes for any of the formats the mainline games have been on really, including Nintendo DS, 3DS, and Switch.

Pokémon Go also had the perfect pairing of hardware in the form of mobile phones too, which has allowed millions of people the world over to literally travel to destinations to capture, trade, and battle, so that has been an evolution of the concept as technology has improved.
FoximusPrime81 (gamertag/NN ID/Twitter)

GC: If you don’t write in yourself then there’s no guarantee anyone else will, we’ve been saying that for years. As we warned, we had to get the Hot Topic ready on Thursday, so thanks to those that did get their emails in early.

Nintendo World
For the past few years it has not been unusual for Nintendo to sweep the top 10 in the weekly Japanese software charts.

However, the other week they took the top 30 positions in those charts. This is the first time this has happened since 1988! On that occasion it was Nintendo’s own Famicom console that took the honour.

So, with around 90 million Switches sold and equally insane software sales, Nintendo’s legendary war chest must be bursting at the seams.

With all those billions sloshing around in their bank account should the big N now buy up a developer or two? Or should they do something typically weird, something they haven’t done for a while?

I know that trying to make sense regarding Nintendo – one of the most cautious companies of all time – is one of the biggest clichés in gaming, but I’d be interested in your opinion GC, as well as those of your splendid contributors to these pages.
anthony B

GC: If it was any other company then going on a shopping spree at the moment would seem almost guaranteed. But it’s Nintendo, so they’ll probably sell one off instead. Glibness aside, they did buy Luigi’s Mansion 3 developer Next Level Games recently, so they’re obviously not opposed to the concept. However, their current idea of expansion seems to be mostly focused on things like theme parks, movies, and licensing deals such as the one with Lego.

Evil demo
In reply to Lizardpudlian. I have just tried the PlayStation 5 demo of Tormented Souls and thought it was quite good. A nice throwback to the earlier Resident Evils. With a touch of Silent Hill with the mirror.

I wasn’t keen on the combat or the use of the map. I did like however the puzzles and creepy atmosphere. I will wait for the reviews of the full game before deciding whether to buy.

Thanks for bringing the demo to my attention!
TONY–1975 (PSN ID)

Year of the indie
Nice review of Road 96. I remember it being previewed a few months back and was dubious that they could pull off the narrative generation needed to make it work… seems like they have. Have put it on the list for a sale.

It did remind me of last week’s Indie World direct from Nintendo, maybe a best ever in terms of updates and reveals. Loop Hero, Bomb Rush Cyberfunk, Far Changing Tides, Tetris Effect, Metal Slug Tactics, and probably missed a few on the way. Eastward has been on my radar a while and nice to see it get a summer release and a clear run before some of the bigger games this Christmas, looks like a charming retro adventure and if Switch performance holds up can’t wait

As usual there’s just too many good games currently being released to play though, along with Eastward in the next few weeks there’s Baldo and Spelunky 2 on Switch to follow on from last month’s indie haul. It’s been a very strong year for smaller releases and it’s good the Switch gives them some proper attention.

I’d also be downloading Axion Verge 2 (though the mixed reviews have given me pause) and Necrobarista now if I didn’t already have a backlog to play through. The number of stealth drops for indies always has me wondering what really builds hype for them. I guess having your game ready on the eShop for people to find straight after watching the presentation is better for sales than slowly building hype through lead up reviews? Even if it leaves holes in the end of year best of lists.
Marc

GC: That seems unlikely to make much difference to us, especially if there’s multiple surprise releases at once, as there was this time. What we do know is that it drastically reduces the chance of a review, let alone a timely one. But, yes, you’re right: it was a good Indie World.

Humankind always seemed like a weird one to me. Why copy such an iconic game and still do it exactly the same? The least they could’ve done is have a console version as well.
Grant

This week’s Hot Topic
The subject for this weekend’s Inbox was suggested by reader Paulie, who asks what are your favourite video game enemies?

From big bosses to simple cannon fodder, which bad guys do you enjoy fighting the most and why? Is it because of the gameplay, their back story, or maybe their design? Or is it perhaps because their artificial intelligence offers a good challenge?

Where you do you draw the line between an enemy that’s challenging and one that’s just frustrating and can ones that are easy to defeat still be fun?

This Mod Lets Geralt Snowboard Through Skellige In The Witcher 3