Home » News » Gaming Characters Who Would Be Way Too Into Crypto

At this point, it is pretty hard to have not come in contact with this occult currency that has been taking the world by storm (one GPU at a time). It is the new hotness in capitalism, one that has been embraced by both traditional venture capitalists and the tech-obsessed denizens of online spaces. But what would Donkey Kong's opinion of Crypto be?

Well, obviously, since there is no Bananacoin, I imagine DK would be pretty indifferent. Still, the same can't be said about many of the other characters we know and love from video games. Some are just very obviously aligned cosmically with the core ideals of the crypto coin.

Judgement's Makoto Tsukumo is a rare type of character in the Yakuza universe. He doesn’t fight. Gasp! In a world where everyone is ready to solve every problem with their fists, Tsukumo is happy to just type away on his keyboard. So, what we know about him is that he spends most of his life online (personally, I can relate) and he is up on all the digital trends.

There is no way in hell this dude isn’t heavily invested in the techie currency of choice, right? While everyone in Kamuroacho is worrying about who owns what nightclub, I guarantee Tsukumo has been making bank on the blockchain. 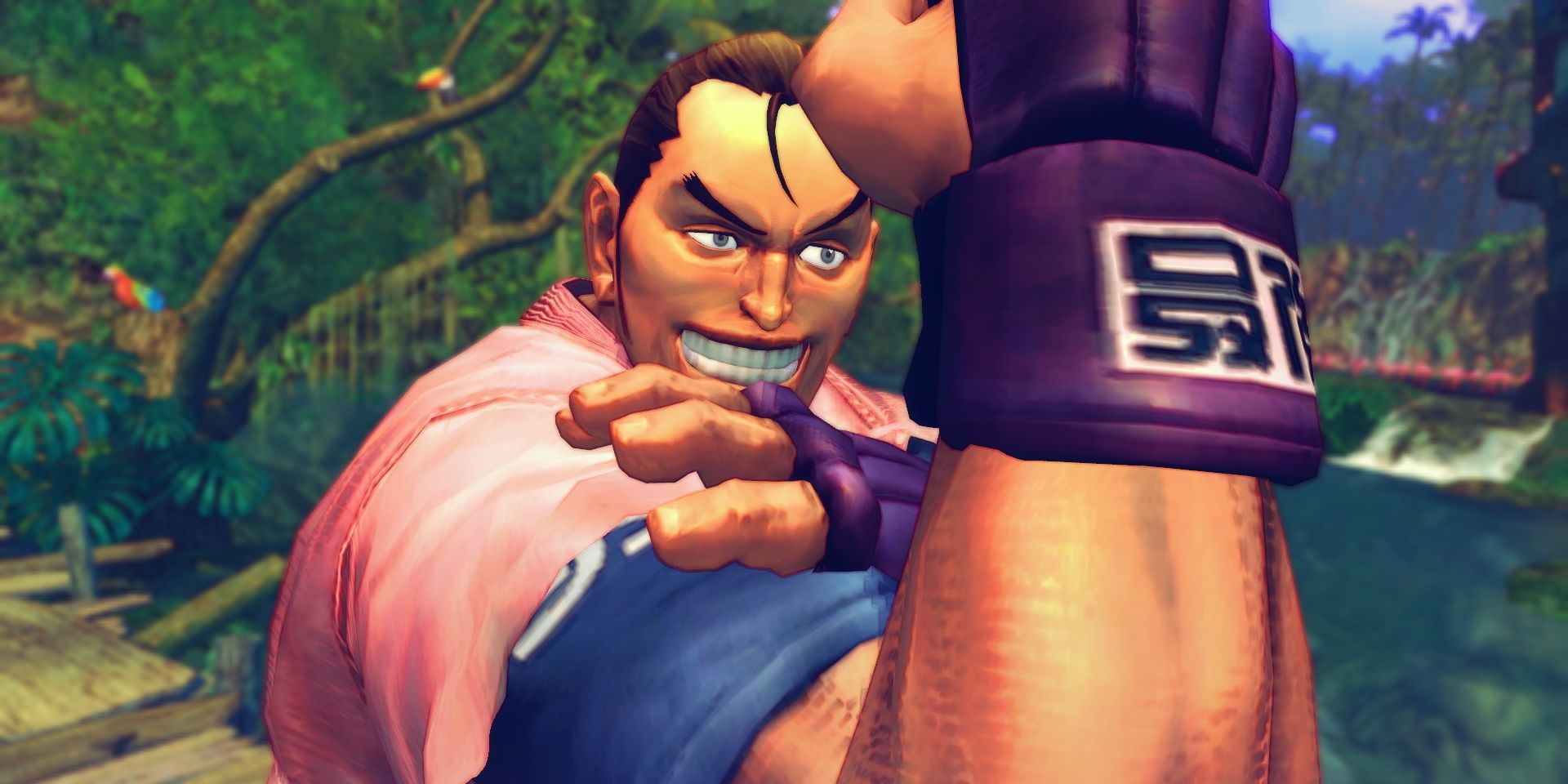 For every person who believes in the technology, or thinks that the element of decentralization makes cryptocurrency a philosophically intriguing proposition, there are people who are just jumping on the bandwagon. These people are as filled with enthusiasm as they are unknowledgeable about the market. Confidence without reason? That sounds like our boy Dan!

Whatever Dan has managed to squirrel away, there is a good chance that it is tied up in a cryptocurrency of some sort. Though, tragically, it will probably be one of those crypto scams, like CXcoin. That probably won't stop him from jumping into the next most shady coin that presents itself. Poor Dan, the dude just can't catch a break! 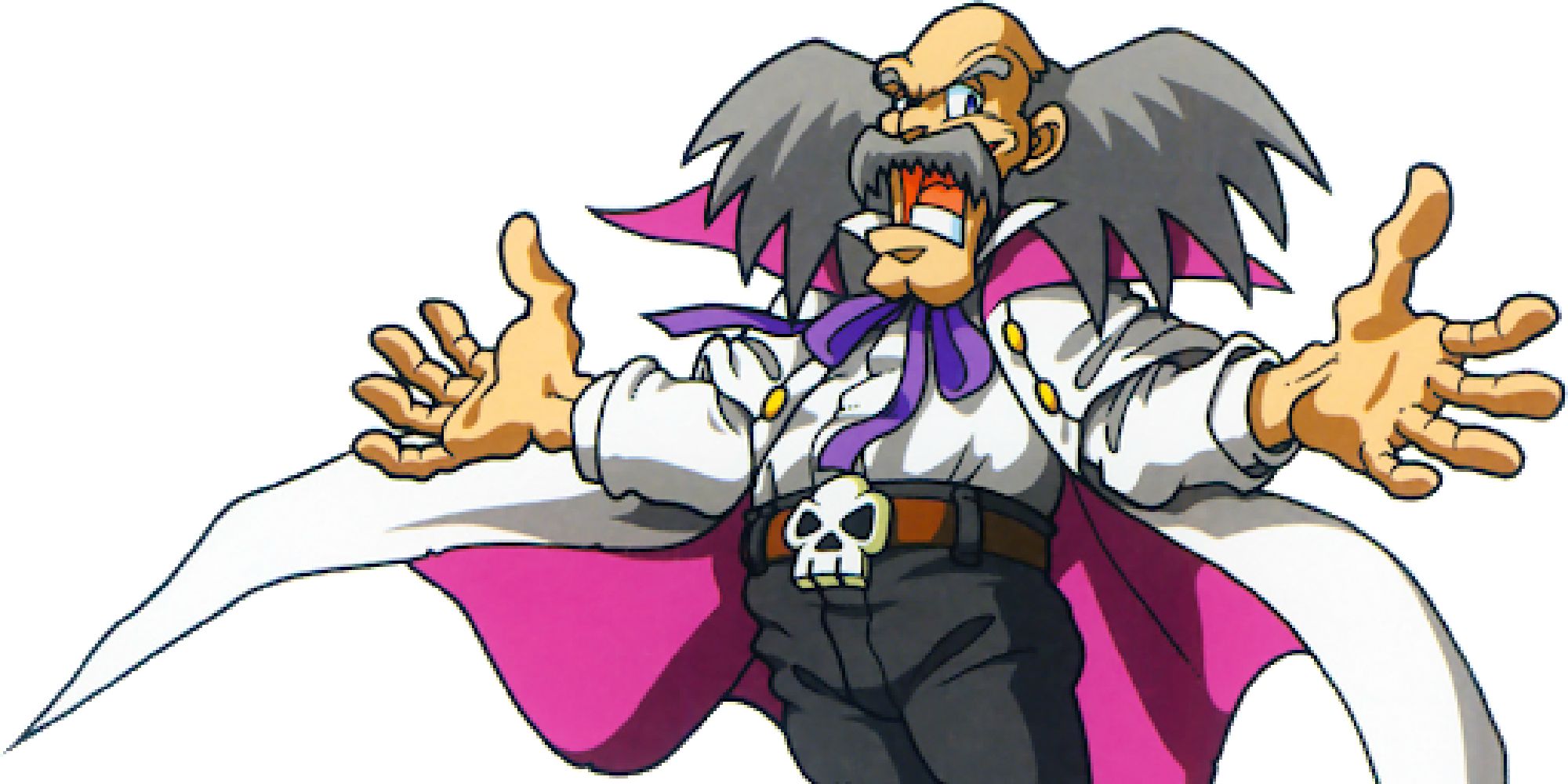 Mega Man's Dr. Wily is a man who thinks every problem can be solved with technology. I imagine the idea of paper money would send him into angry convulsions. Cryptocurrency, on the other hand, seems like it would be right up his ally. When dealing with crypto, even your wallet is digital.

Now that is a thought that would put a smile on any robotics-focused maniacal scientist. There is no way Dr. Wily hasn't already transferred all his funds to this cybernetic currency. Unfortunately, those poor robot masters probably have to just sit there and listen to him go on about “decentralized currencies being the future”. No wonder they are so angry. 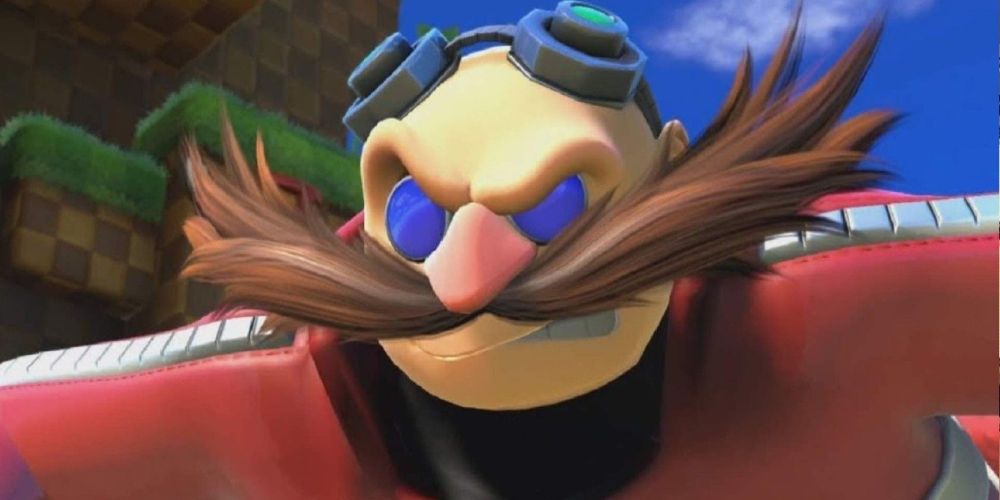 The second Robotnik heard that they had turned a dog into a digital currency you know he was all in. Robotnik didn't need to read Elon's tweet to know that Dogecoin was the future (though, you know they almost certainly follow each other on Twitter).

We only hope he isn't the secret founder of this memey cryptocurrency. Because if he is, then dogecoin is somehow made out of real dogs. 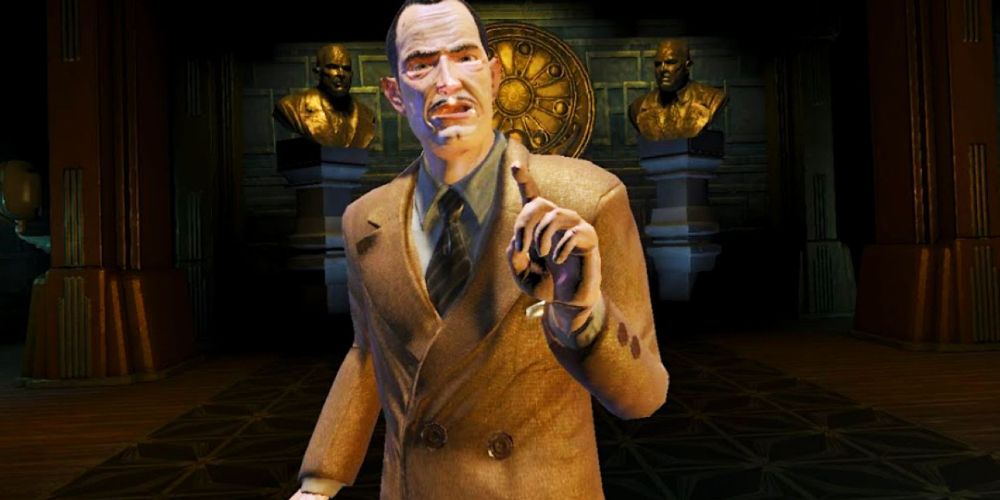 BioShock would have been a very different game had it been set in an era in which crypto existed. Instead of wandering through fishing docks, or art deco apartment buildings, I think we probably would have been just traipsing through giant server farms, packed with GTXs mining bitcoin.

There is no way Andrew Ryan wouldn't have been deeply, deeply into cryptocurrencies. Thankfully for us, we dodged a bullet and avoided having that of-so-famous final monologue being an hour-long introduction to the digital currency. 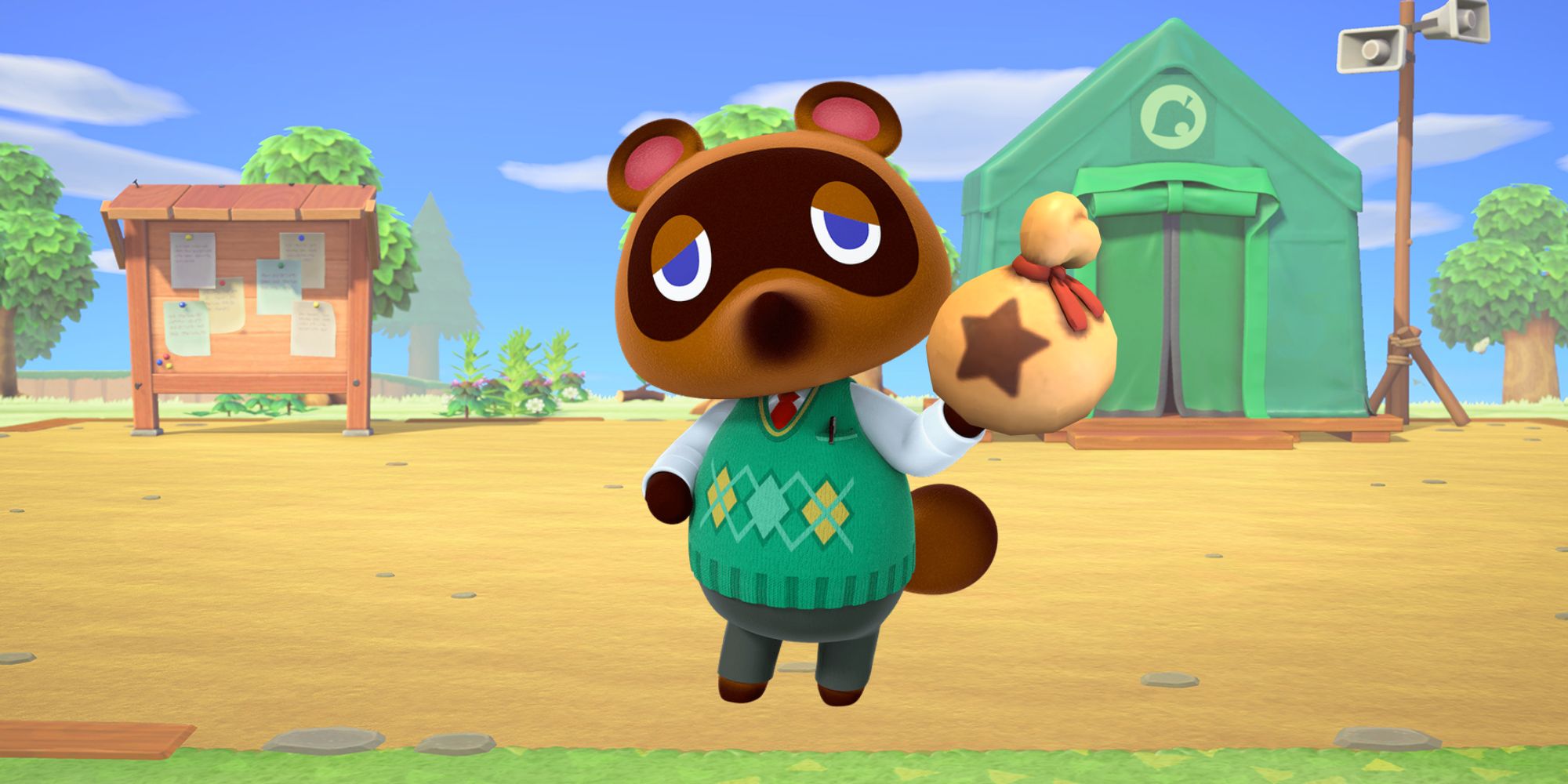 Tom Nook has his paws in everything. We refuse to believe that he isn't already the world's biggest holder of multiple cryptocurrencies. In fact, we would be shocked if he doesn't have his own crypto coin on the market by the time the next Animal Crossing game releases. Wait, are nook miles…? No.

Have you ever noticed how there are no other villagers with basements in the Animal Crossing world? Well, that is because the underground is filled with vast server farms. Probably. 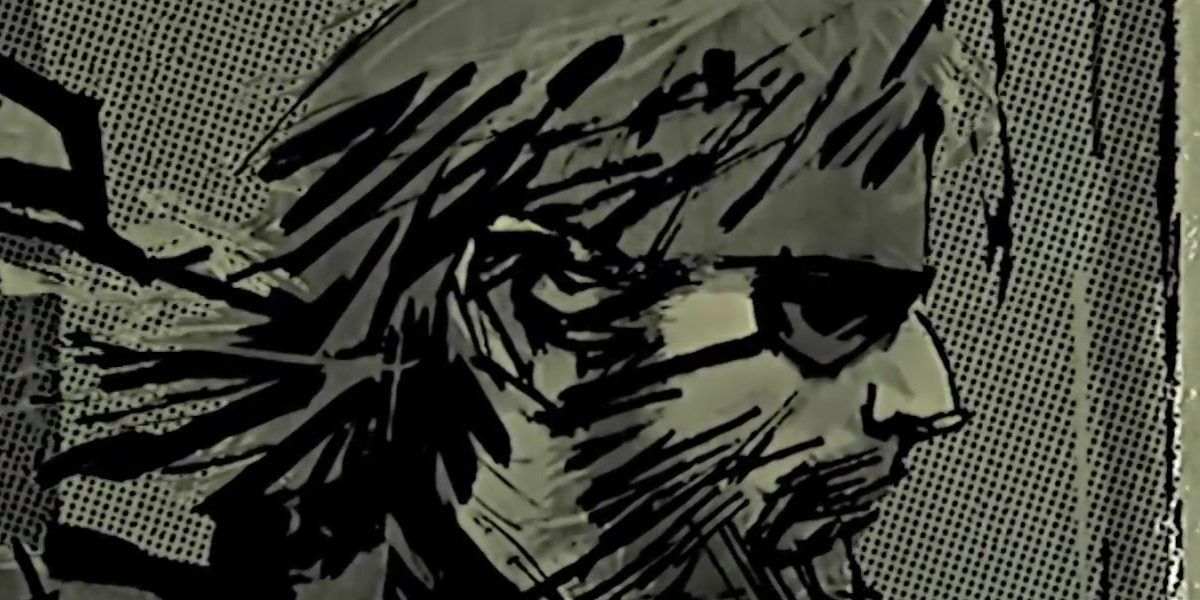 When considering which Metal Gear Solid character would be the most into Crypto, most people probably think Otacon. And it is a given that a lot of people invested in future tech are pretty big on crpyto currencies, so we could definitely see Hal being super into it.

That being said, Otacon's love for technology doesn't hold a candle to Big Boss's love for the decentralization of power. A currency that isn't tied to any one nation? That crosses borders freely? Unaligned with political motivations? That would be enough to make Big Boss's heart skip a beat. 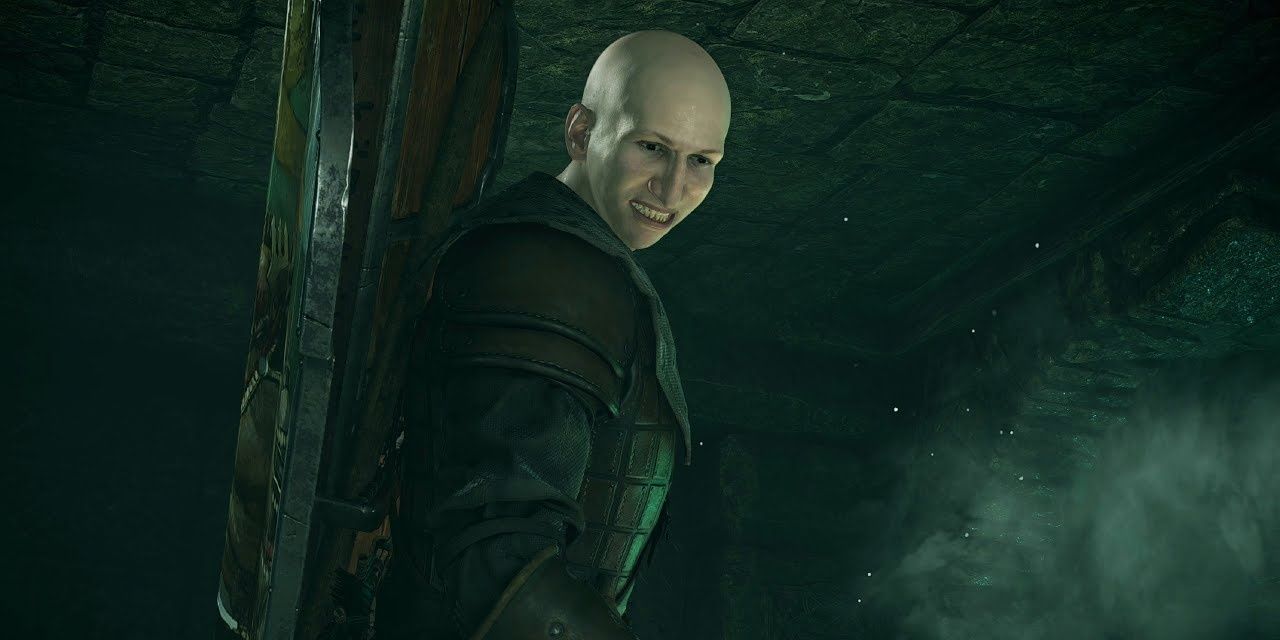 With Cryptocurrency investment comes cryptocurrency theft. And you know who would be the first one looking for a way to grab at your crypto wallet? Everyone's favorite Souls character, Patches!

Whatever the currency may be, Patches is going to lie, cheat, and steal his way into some. We can only imagine the Machiavellian traps this fiend would lay for the unsuspecting crypto enthusiast (watch out, Dan). Now, the only question left to answer is what the crypto equivalent of pushing someone into a hole is. 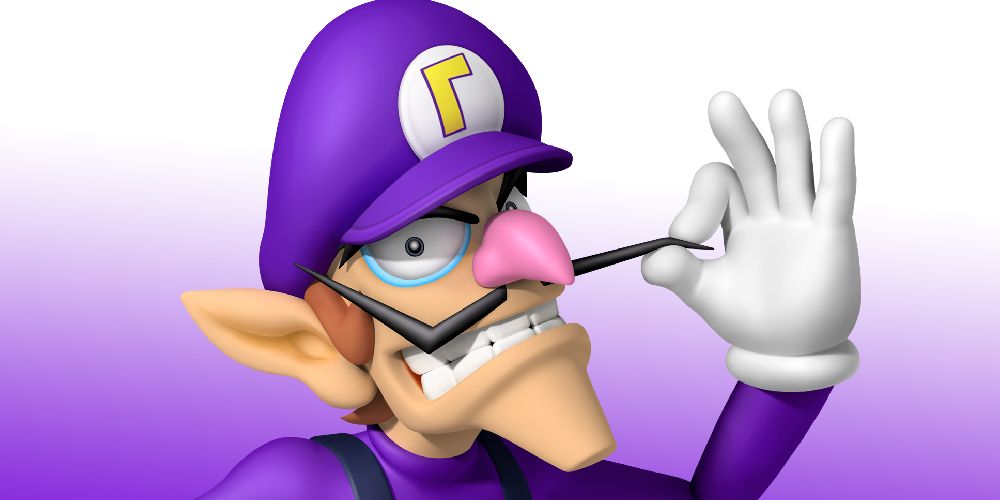 So, think about it this way. Wario is obsessed with gold coins. It is his whole thing. Mario may be the “good guy”, but he isn’t afraid of the ol’ gold coin either, is he? Basically, most of the Mario characters are classic capitalists. They are invested in the old means of capital. But do you know who is a disruptive character, clearly set on breaking the mold? Everyone’s favorite weirdo: Waluigi!

Suddenly, it all makes sense. Who is the one character who hasn’t received his own game yet? Our very own lanky anti-hero. Probably because it will have a heavy focus on cryptocurrency. Nintendo is just waiting to see how the whole NFT thing plays out so that they can load Super Waluigi Land with them. Never before has there been a coupling that made more sense than Waluigi and crypto!