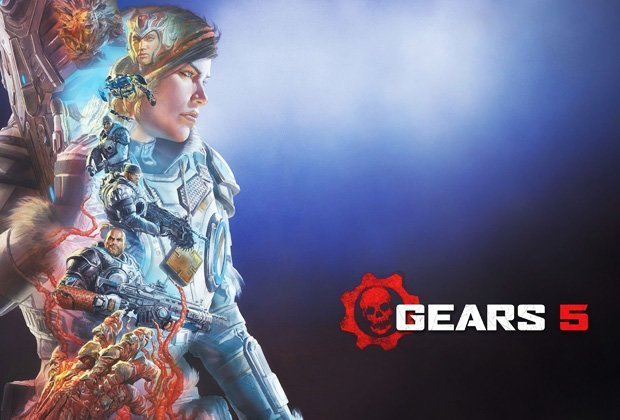 Gears 5 is getting its first large-scale test this weekend, with The Coalition and Microsoft rolling out the game to anyone that’s pre-ordered the title, or has access to Xbox Games Pass.

The offering will actually be quite robust: players will be able to try out two multiplayer maps and three multiplayer modes including Escalation, King of the Hill, and Arcade mode.

The test will go live later today (see below for specific timings) and if you take part, you’ll be able to unlock items in the full game when it launches later this year.

To get involved in the Gears 5 beta tech test, you’ll need to be an active Xbox Game Pass, be an Xbox Game Pass Ultimate subscriber or pre-order the game. You will also need an Xbox Live Gold subscription in order to play online.

If that’s all in order, carry on reading to discover how to download the game.

To find the client, simply search for “Gears 5” to pull up the Technical Test on your Xbox One console or Windows 10 PC.

If you’re an Xbox Game Pass member, you will see the Tech Test available to download in your library – same as any of the 100+ great games in the catalog. Be aware that the test won’t be live until Friday evening, although you can download the client before then.

When can I play the Gears 5 Versus Multiplayer Tech Test?

Online play is active from July 19 (starting at 10 a.m. PDT – or 6pm UK time). That means UK players will be able to play the game from 6pm Friday evening.

What is the Gears 5 beta tech test

The contents of the beta test have been revealed by The Coalition’s Dana Sissons in a blog post.

“At E3, we unveiled a brand new way to fight the Swarm in Gears 5: Escape.

“We wanted to show how we’re pushing the envelope by doing new things never seen in a Gears game before, and that throughout the summer, we’ll reveal more about Gears 5 ahead of its September 10 release.

“We said that we’d talk more about the Versus Multiplayer Technical Test in July, and today we’re happy to provide more details on how you can be among the first to play Gears 5 and help create the future of Versus multiplayer.

“Multiplayer fans of all types can enjoy these weekend test sessions, as you’ll get to play Escalation (our updated competitive gametype) along with Arcade (a new and approachable multiplayer gametype) and a longtime fan favorite: King of the Hill.

“For players new to Gears or those that want to practice their skills and learn new mechanics we’ve added our new training mode – Bootcamp.

“The Tech Test also features a short Tour of Duty, which is a series of challenges for players to earn content – completing all of these challenges unlocks an exclusive Tech Test Banner.

“Players can also unlock three Versus Weapon Skins by completing some additional challenges.”

Games with Gold June 2020 FREE games: Here’s when Xbox One line-up will be revealed