Home » News » Genshin Impact: How To Get Luxurious Chests In Mona’s Mirage

The Summertime Odyssey quest in Genshin Impact has seen some incredible and unique puzzles that will have you scratching your head. Hoyoverse has done a great job at keeping the necessary things fairly easy to solve, but they have also made the optional puzzles particularly difficult.

The Ancient Azure Stars is the last mirage that you have to solve to head to the conclusion of the main quest. While beating this mirage, which belongs to Mona, is easier for the story, the puzzles to obtain the Luxurious Chests within are extremely hard. Adding to that, this is the only mirage with two Luxurious Chests in it.

How To Get The First Luxurious Chest 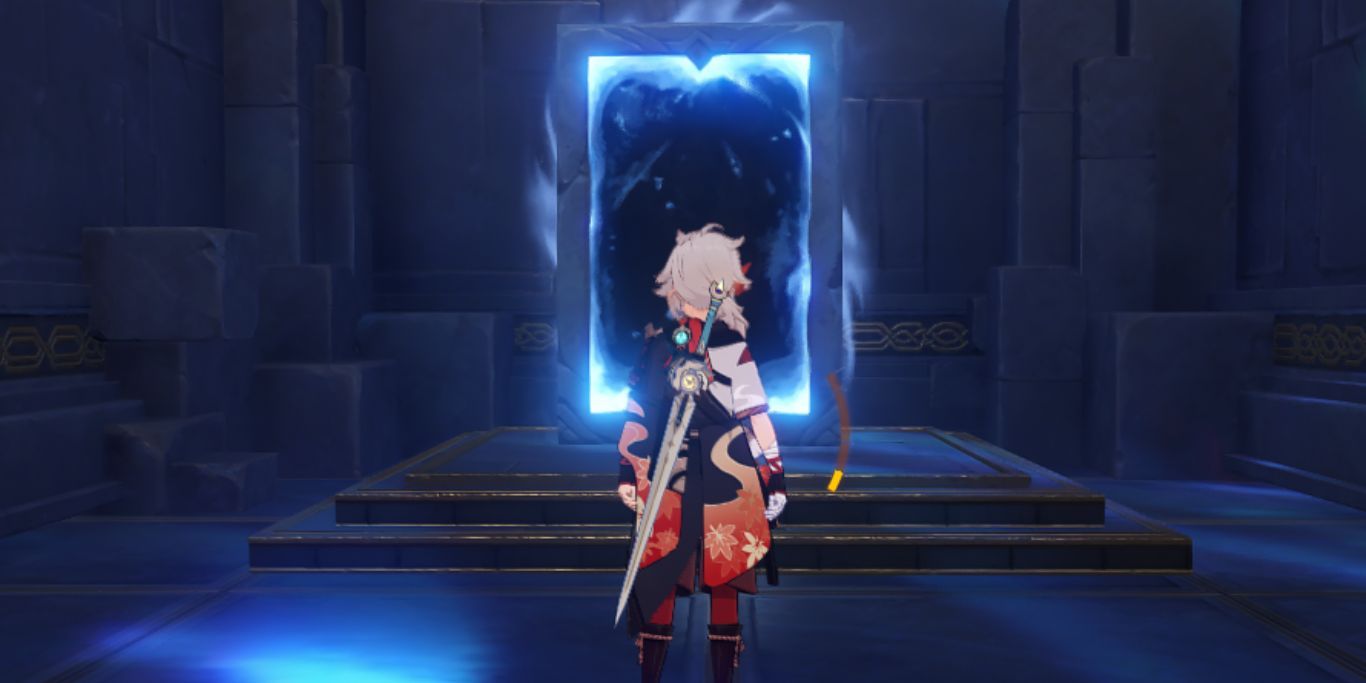 You'll need to beat the domain once to acquire these Luxurious Chests. Once you've gone out of the domain after finishing it, you can re-enter from the same pool of water that you used to get in for the first time.

You'll also be able to see the total amount of chests and conches that you missed on the main screen after interacting with the pool. Upon entering the domain, you should have cleared out the pool in the middle already, opening up a way to the blue door shown above. 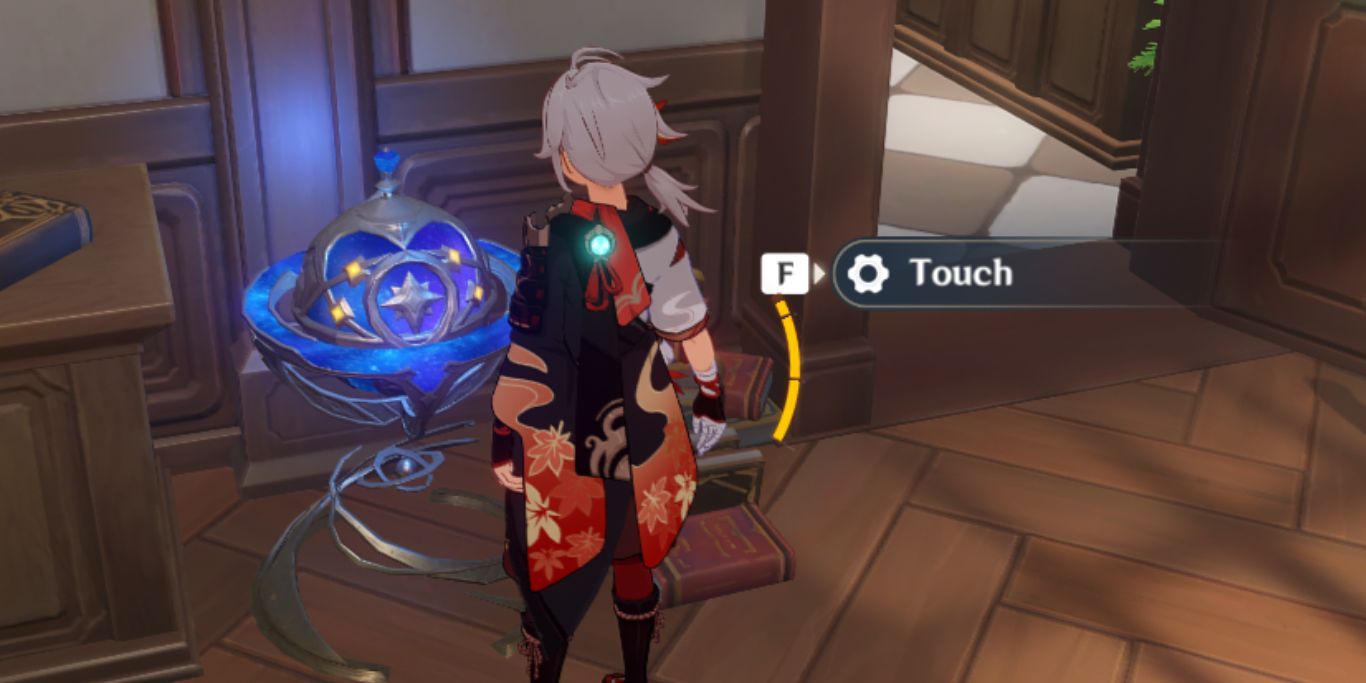 Head inside the door and you will be inside Mona's home. Here, simply keep heading towards the rooms with open doors, and you'll eventually reach Mona's room where you'll see the device shown above, and you'll be able to touch it. 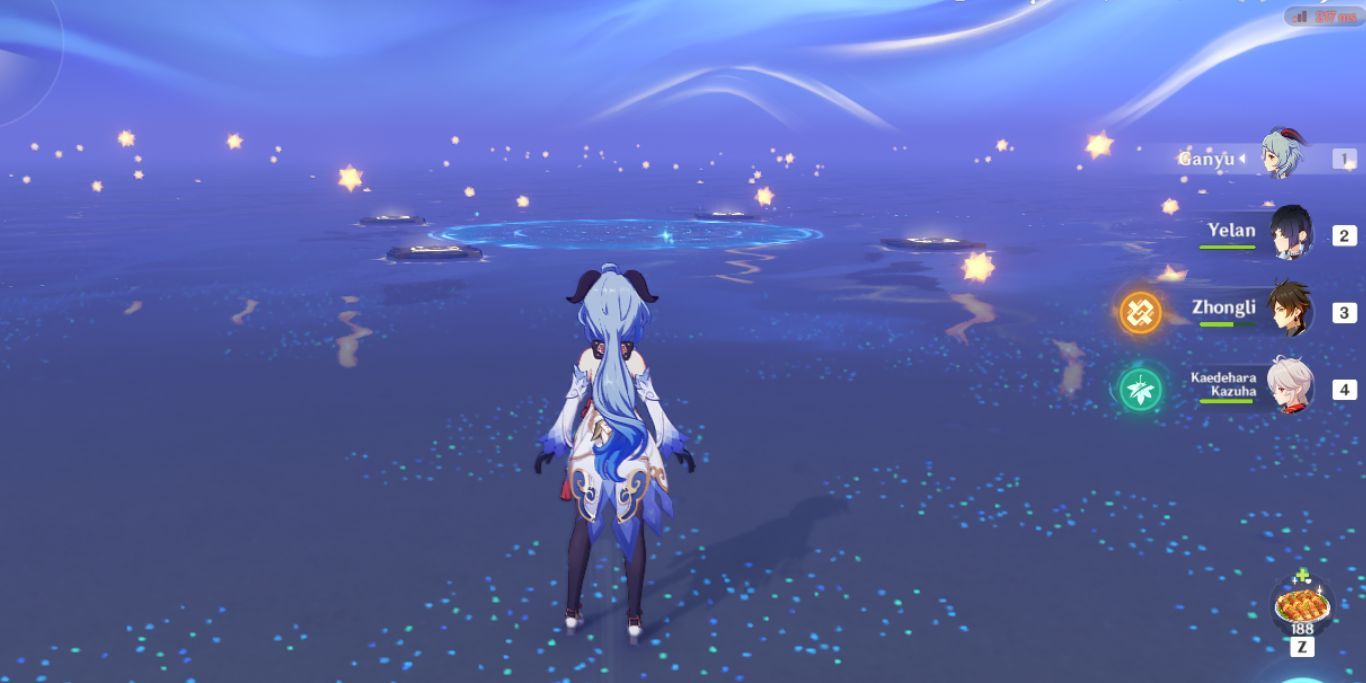 Interacting with the device will take you to the familiar starry area where you'll see a blue circle surrounded by four pedestals that you can step on. You need to use these pedestals to solve the puzzle. 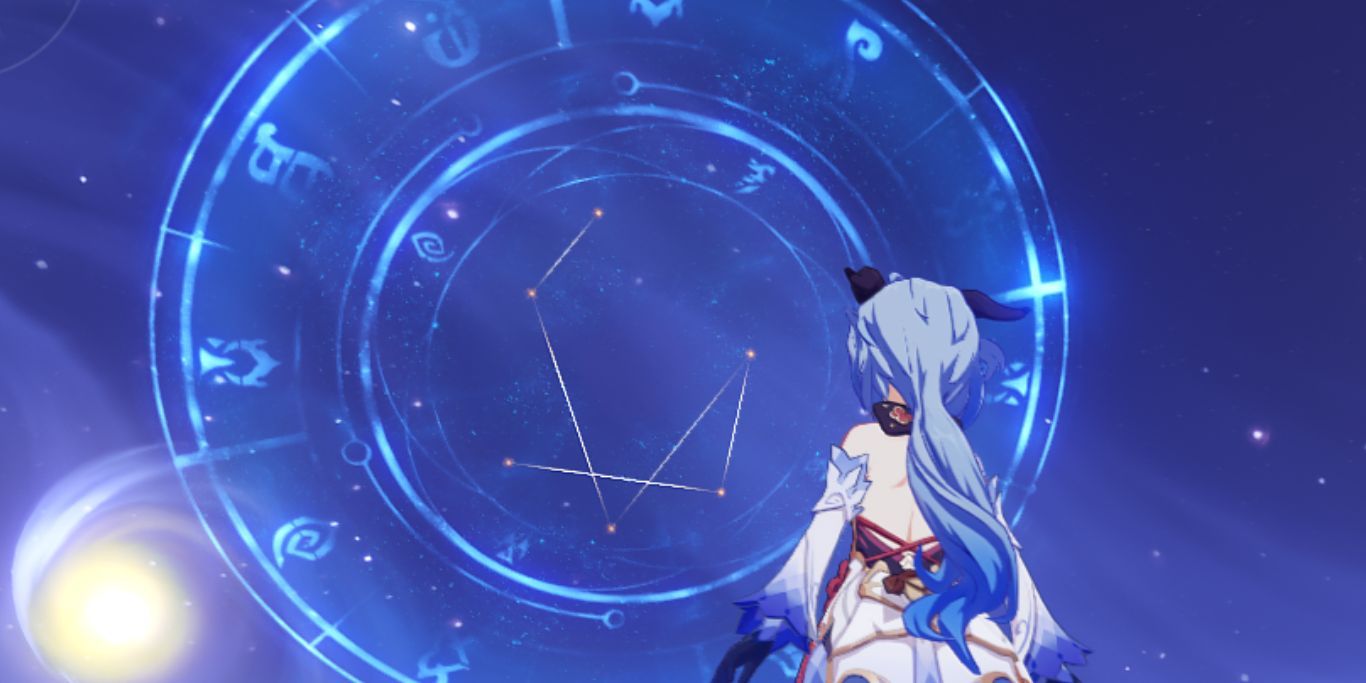 If you look toward the sky, you will see another blue circle with a pattern inside it. When you step on a pedestal, you will notice that a particular star moves in a certain direction (left, right, up, or down) depending on the pedestal you stand on.

You need to place this star in a certain position to finish the pattern, but you don't really have a reference, at least not in this area. The thing about this puzzle is that you can eventually get it by trying every position because it's only one star that moves. 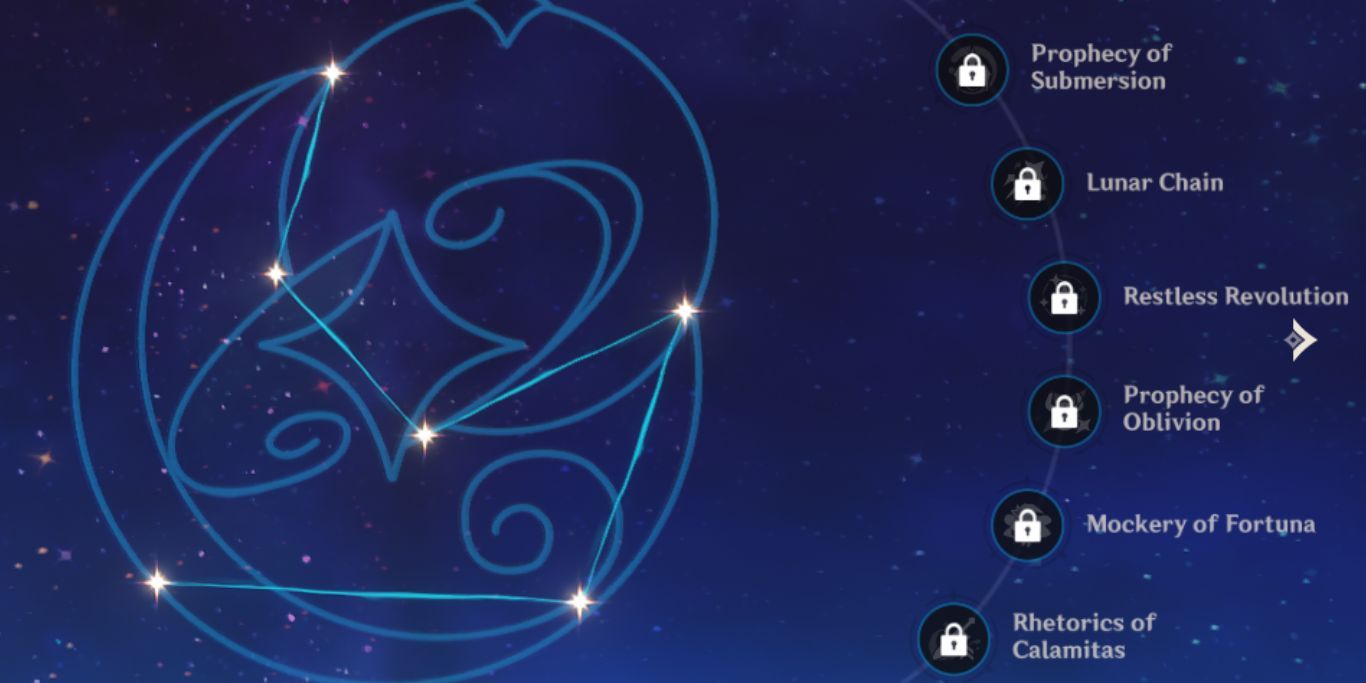 But if you do that, you'll miss a cool detail in this puzzle. Head over to your Character section if you have Mona, or Character Archives if you don't. Go over to the Constellations section, and you will notice that every star on the puzzle is in the same position as the shiny points on Mona's Constellation figure, except the one you can move.

All you have to do is move this star around and place it in the correct position to recreate Mona's Constellation figure. Once you've done that, a new doorway will spawn. Head out the door, and you will be greeted by a Luxurious Chest waiting for you.

How To Get The Second Luxurious Chest 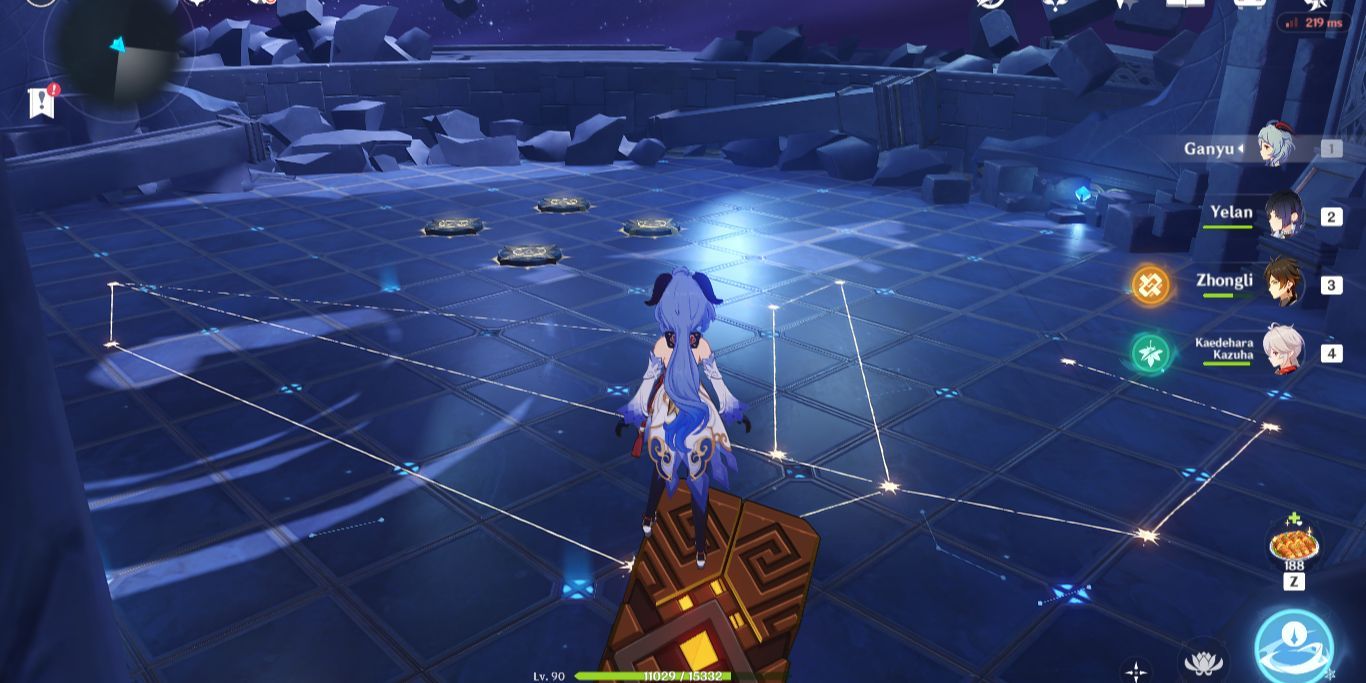 The path for the second Luxurious Chest goes through the first door that you unlocked during the first run of this domain. First, you need to get to the conch in this domain.

Once you've found the conch, you will see another puzzle with a locked Precious Chest. You need to use the pattern on the floor as a reference and create the same pattern in the sky in front.

The problem is that every pedestal in this one moves different stars, and not just one star each. There are three different positions stars are placed when you step on each pedestal, and you have to figure out the right position. 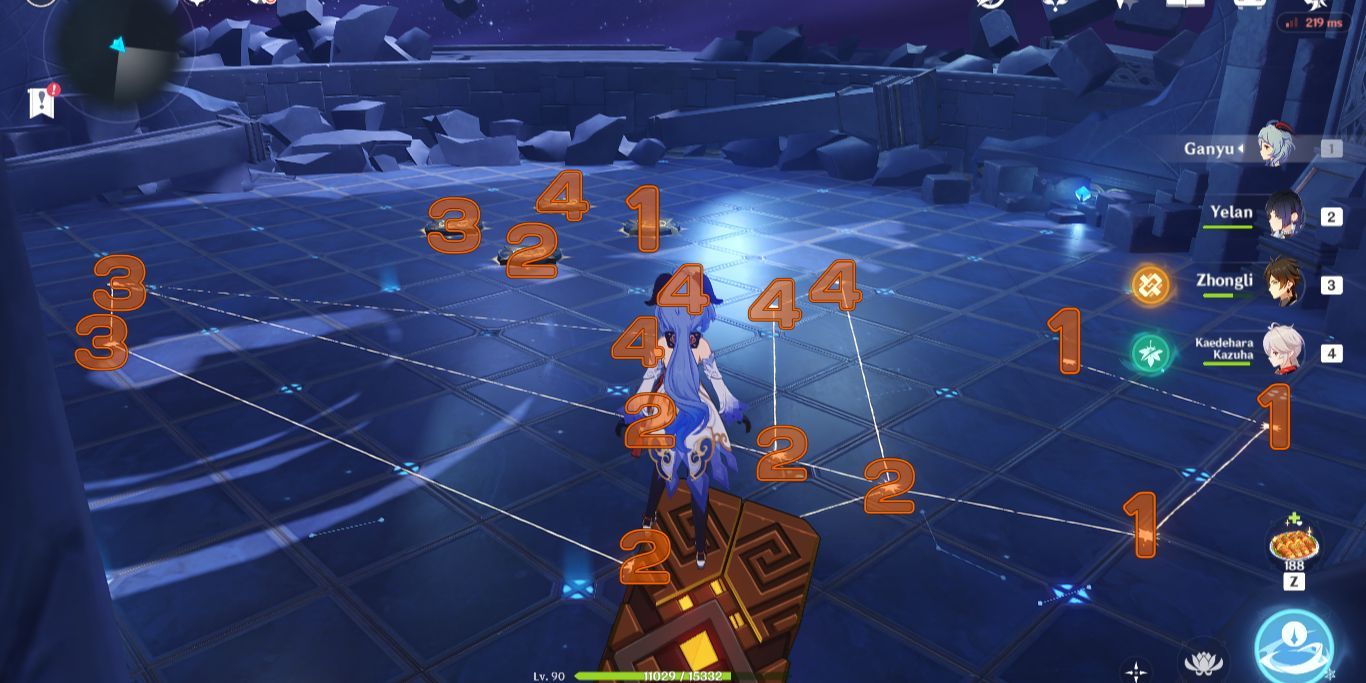 There are numbers given to every pedestal and the same number is given to the stars that the pedestal affects. Keep stepping on a certain pedestal until they come in a similar position as shown.

The third pedestal moves three stars, but it only has two positions because the third star breaks out of the pattern and leads you to another place. Reap your reward by unlocking the Precious Chest and following the star to move further. 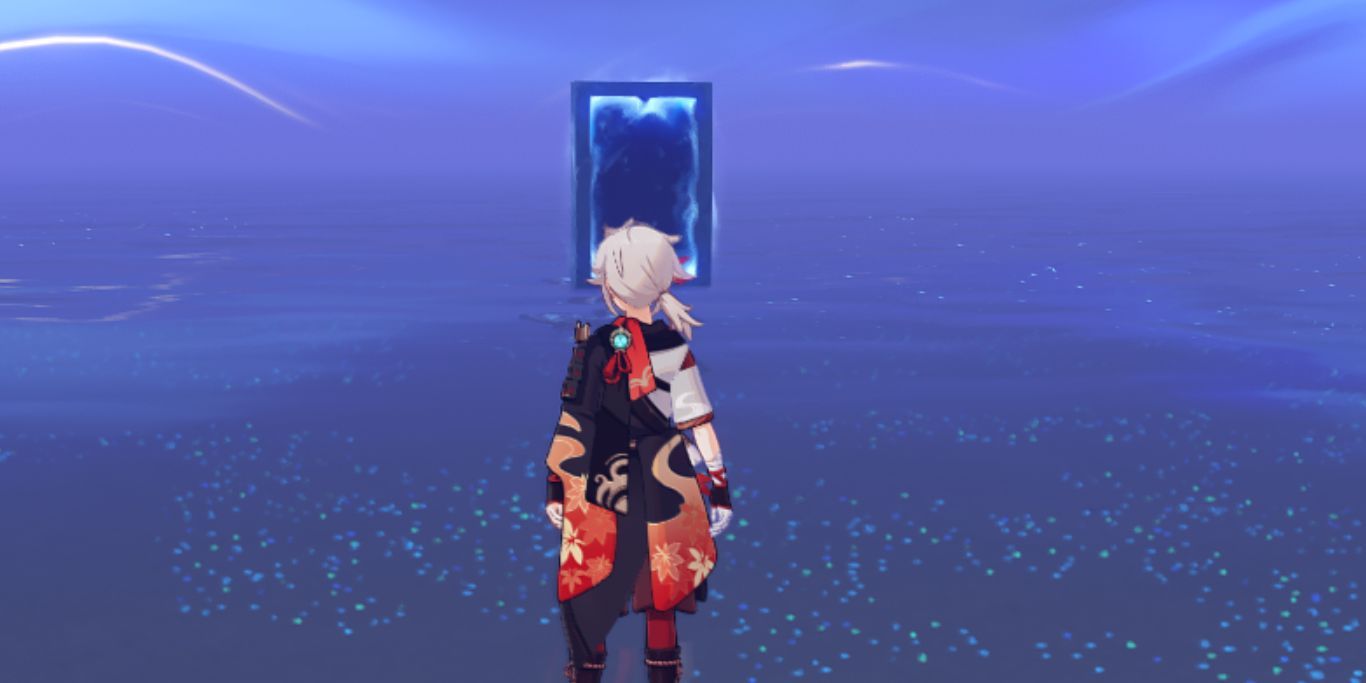 Following the star will lead you to the starry area once again and this time, you will have a red challenge pedestal where you can start the same challenge that you did at the end of the first part of this domain. The only difference is that this time, you have to finish it by taking less than ten hits.

Once you've finished this challenge, another door will spawn with the second Luxurious Chest eagerly waiting for your arrival on the other side.

If you have Zhongli or Venti unlocked, they can be a great pick for the final part of this challenge. This is because you're allowed to use your skills and jump during this challenge.

So, you can simply use the Elemental Skill of these characters and completely cheat the system.