Home » News » Ghostwire Tokyo: All Bosses, Ranked By How Scary They Are

Ghostwire: Tokyo is the perfect blend of traditional Japanese folklore set in 21st century Japan. In other words, while playing the latest game from The Evil Within 2 developer Tango Gameworks, it often feels as if Jujutsu Kaisen has come to life as a video game. Akito and KK's adventure in a Tokyo infested with Visitors leads to some fascinating side quests. But it's their encounters with some particularly horrifying yokai that truly makes this game stand out.

From giant, scissor-wielding spirits to a massive spider-human hybrid, Bethesda should be congratulated for the pure nightmare fuel the game manages to pack into many of its boss fights. 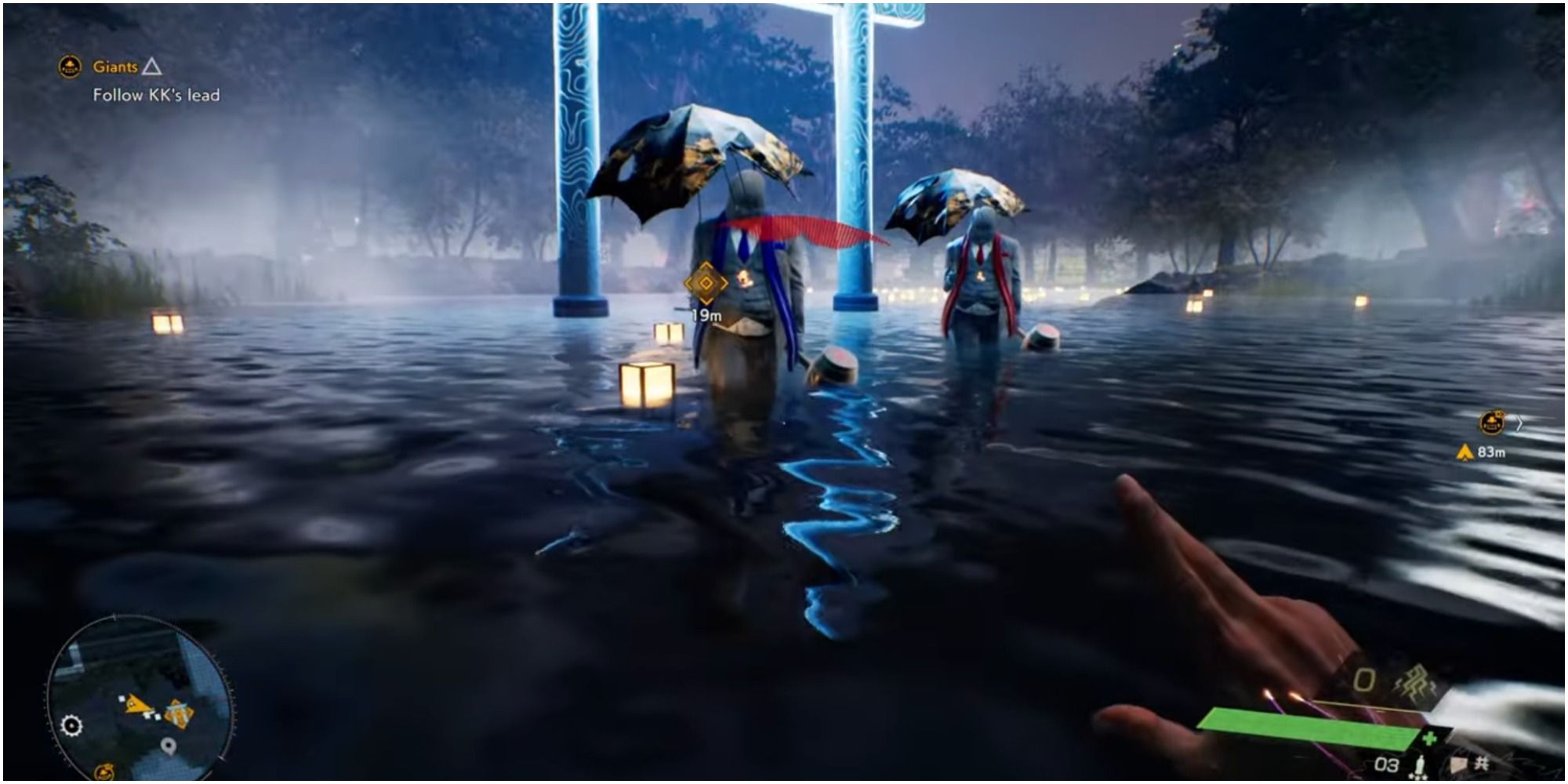 The big bad version of your average umbrella-toting Rain Walker, Relentless Walkers serve as the boss during certain moments throughout the main questline. You first meet this hard-hitting tank on your way to the Kagerie Observation Deck in 'A Maze Of Death.'

Armed with a mallet, these hefty tanks are quite fast for their size. They can use their umbrellas as a shield, but as for spook factor, they pale in comparison to other bosses on this list. Maybe after running into a variety of Rain Walkers so many times they just don't seem that scary anymore. 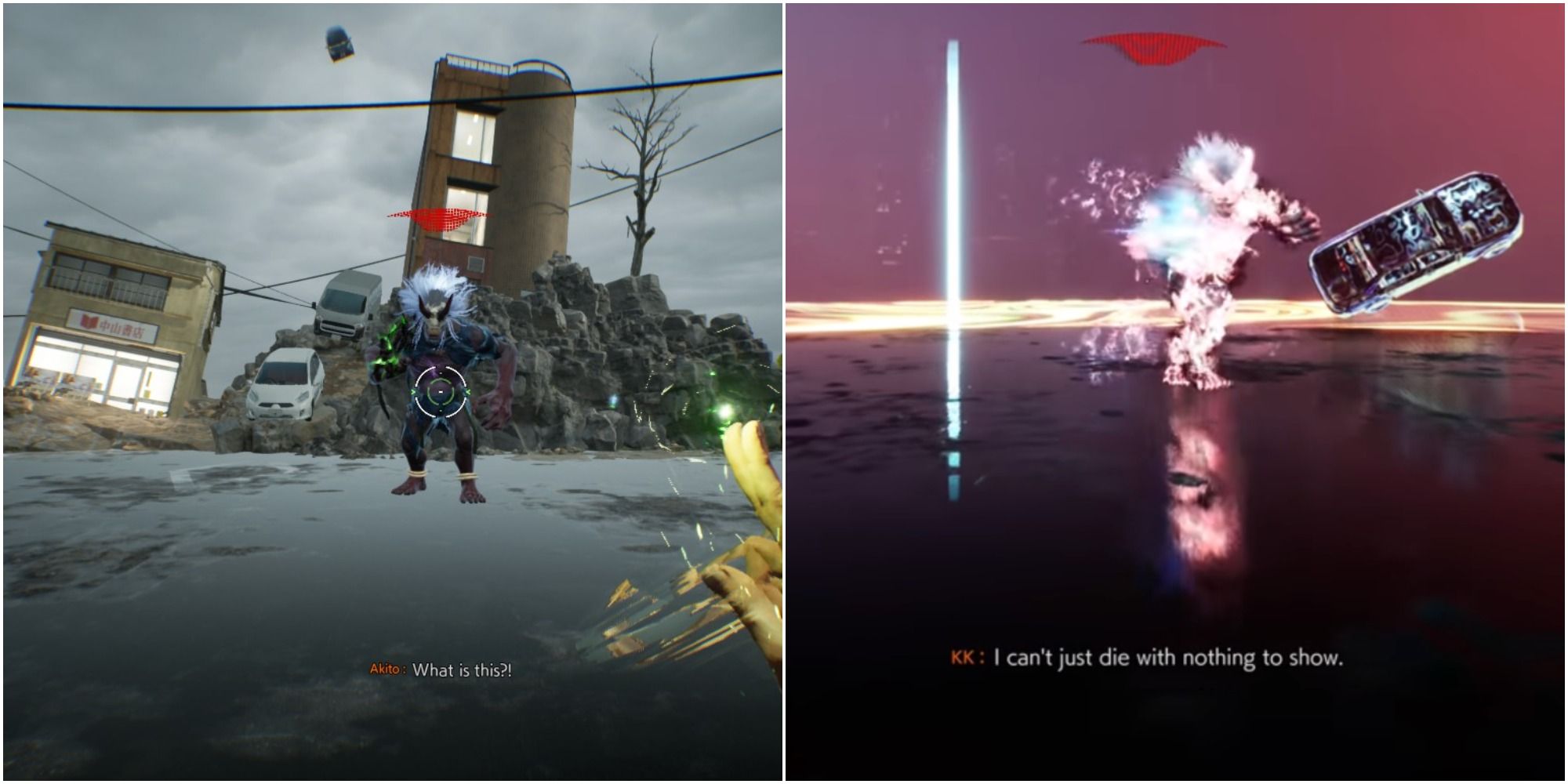 The brawler boss Yaseotoko is someone you will face twice throughout the main questline. The first time, this boss showed that he could wield the exact same moves you do, with a few differences.

But the second time, Yaseotoko has some new tricks up his sleeve, as well as a new look. Despite appearing like he could crush you into a pulp with his bare fists, Yaseotoko is more intimidating than he is scary. 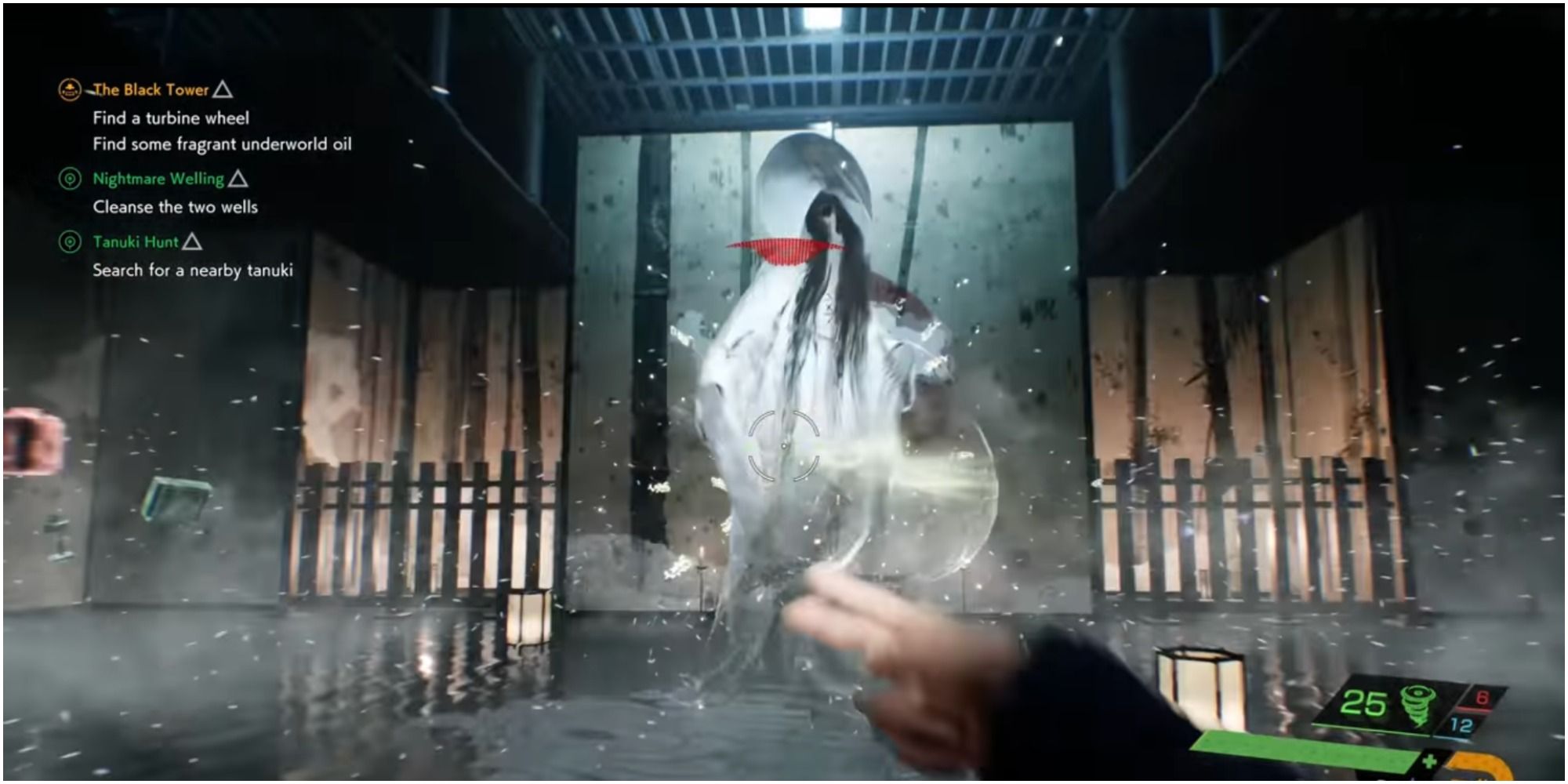 As soon as you start Chapter four of the game, you will probably notice these white-hooded, long-haired wraiths floating around Tokyo's streets. These yokai are downright eerie, being abnormally lanky and tall, with only their mouth and chin visible through the hood.

A boss for 'The Black Tower' quest, the Shiromuku wields ice as a weapon, freezing you in place and hurling you through the air. The Shiromuku is certainly one boss you do not want to run into at night. 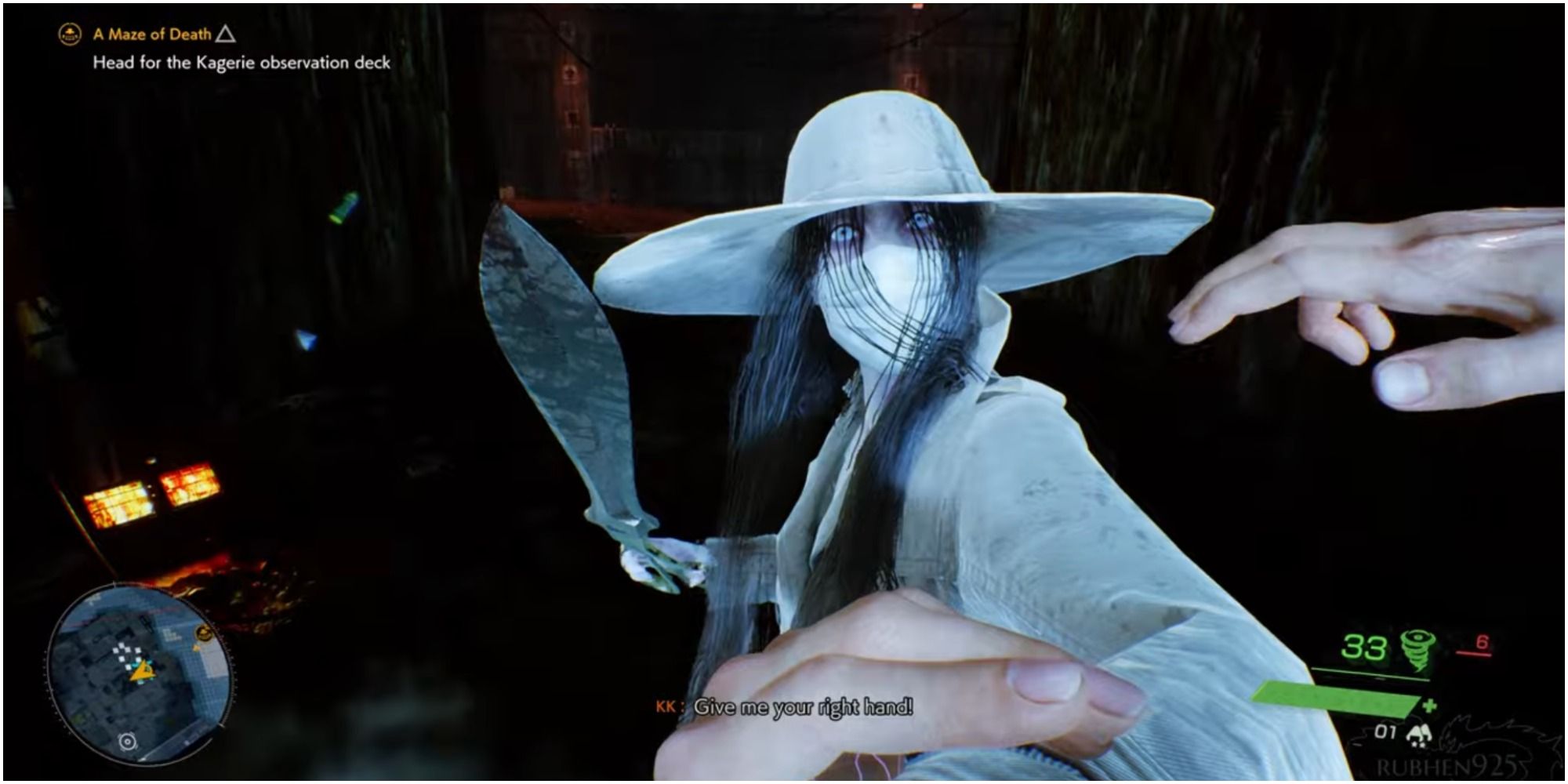 Have you have heard the Japanese urban legend of a female spirit who asks you whether she's pretty or not before giving you a slit-mouthed grin to match her own? Well, that urban legend is brought to life here in Kuchisake-onna.

A hostile onryō that you first meet while cleansing Yashin Shrine, they soon become a common boss you'll encounter throughout your playthrough. Brandishing bloody scissors, this Kuchisake-onna dressed in white covers her horrifying grin with a mask, a fact which slightly lessens her spook factor. 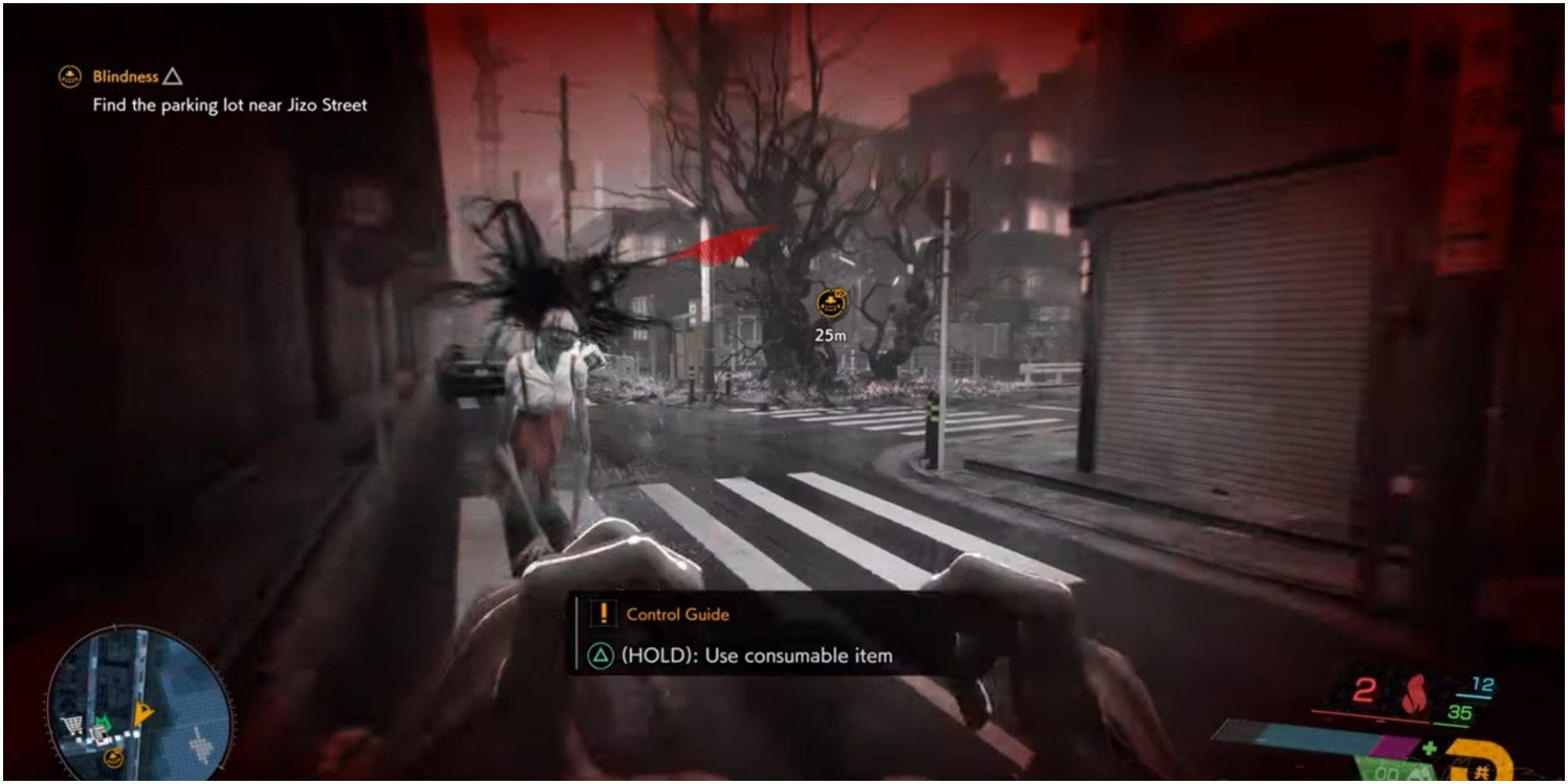 A mini-boss for the 'Blindness' quest, the malicious spirit Lamentation bares her teeth in a terrible grin as her black hair writhes around her like snakes. Without legs, Lamentation floats and crawls on the ground with her eerily long arms.

While not overly difficult to defeat, the moment when this yokai starts crawling toward you will likely get your heart pounding. It looks like something straight out of a horror movie. 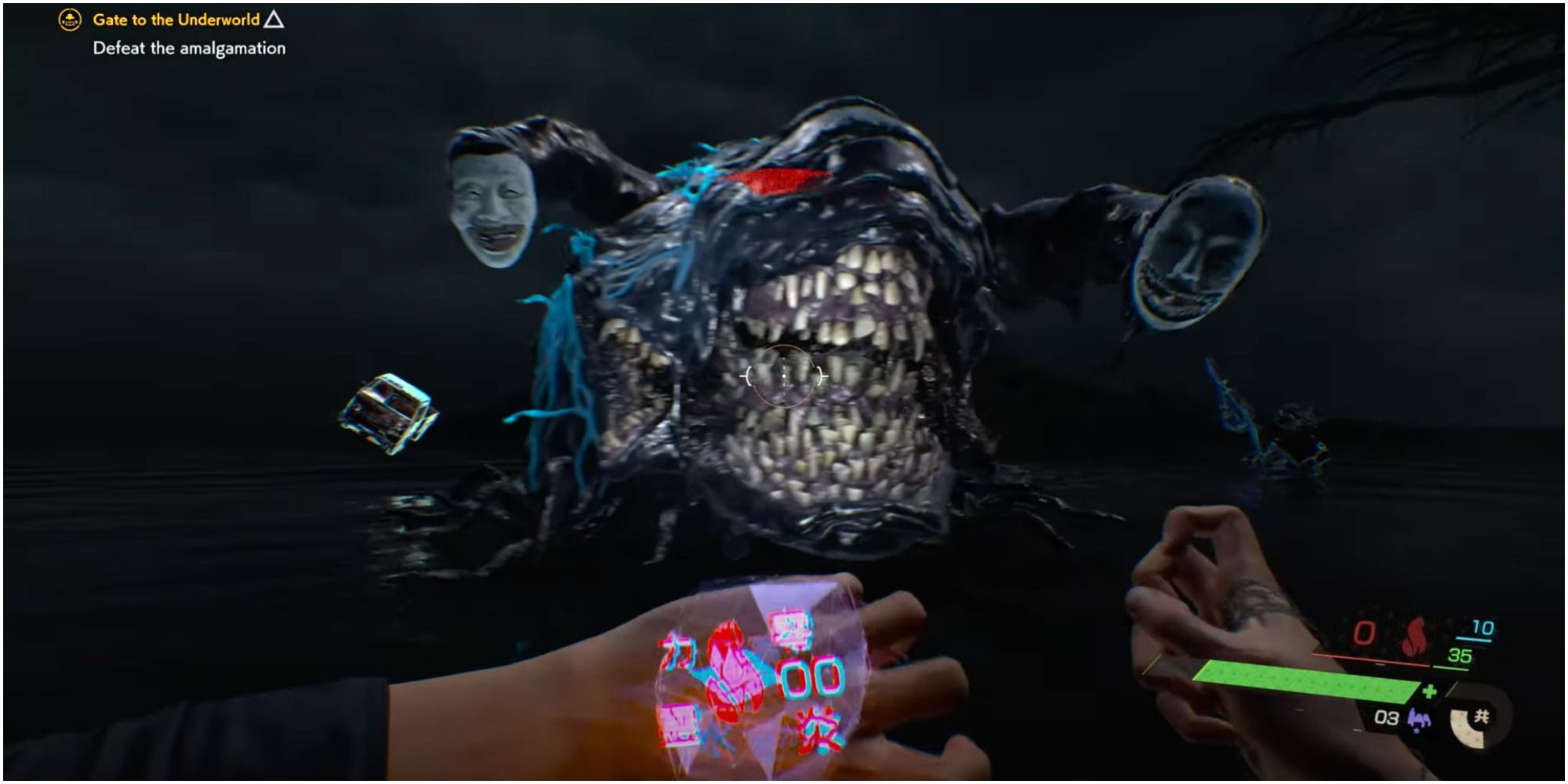 The final boss of the game, main antagonist Hannya has transformed into a monstrous blend of a slug and a salamander in this final arc, fusing with his wife and daughter. This massive beast lugs itself around the boss arena, summoning Visitors to back him up.

It doesn't help when two gigantic, lanky hands shoot out from the ground to propel The Amalgamation forward. But it's the three Japanese kabuki masks serving as Hannya's antennas that make this boss pure nightmare fuel. 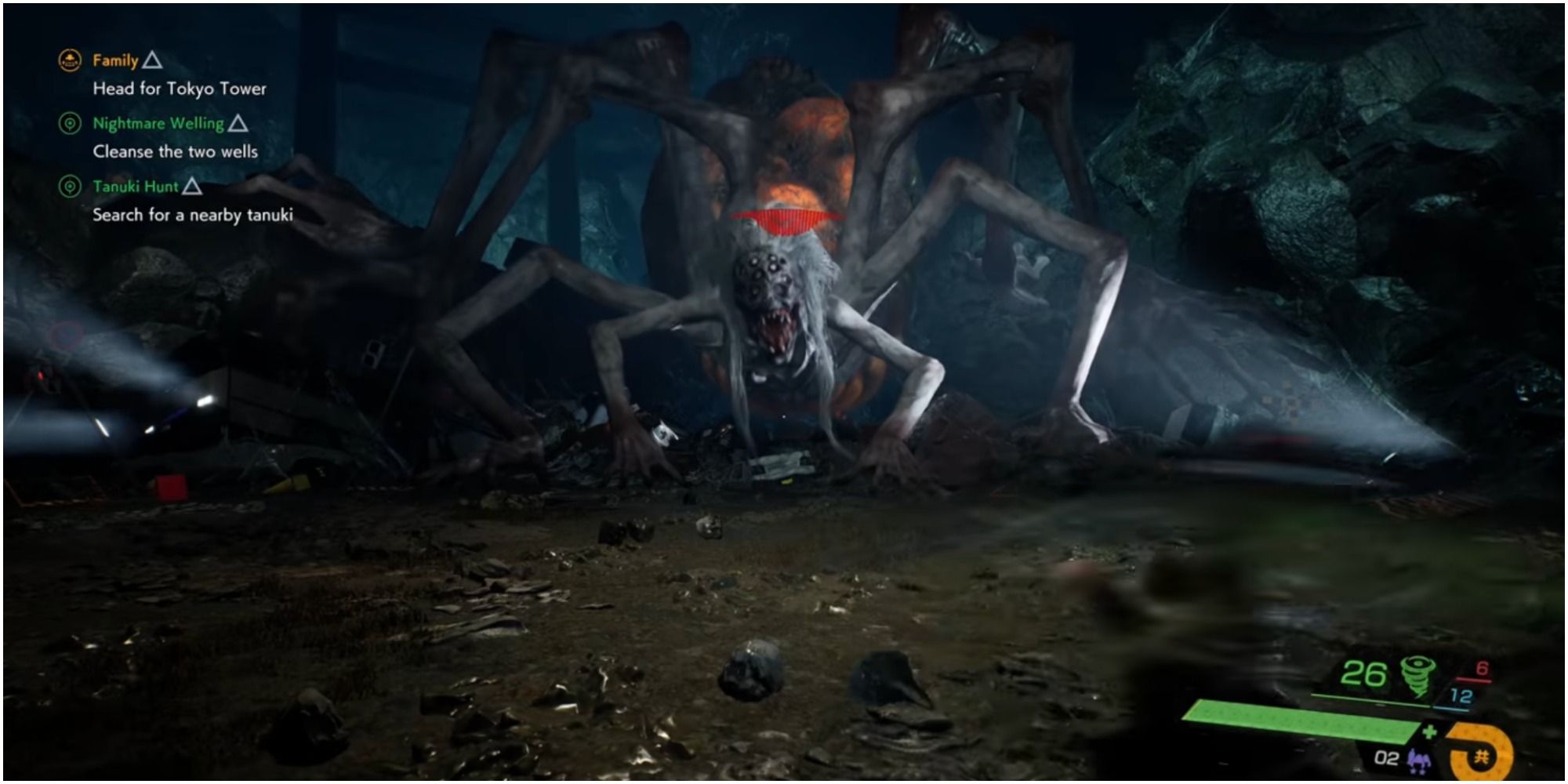 If you have arachnophobia, then facing Okina will be torture from beginning to end. With eight legs, eight eyes, long, wispy hair, and a bulbous midsection, is basically the world's scariest spider.

This eldritch monstrosity of a boss puts Bloodborne's Rom to shame with its sheer hideousness. You don't want this thing's face anywhere near you in the dead of night, that's for sure. 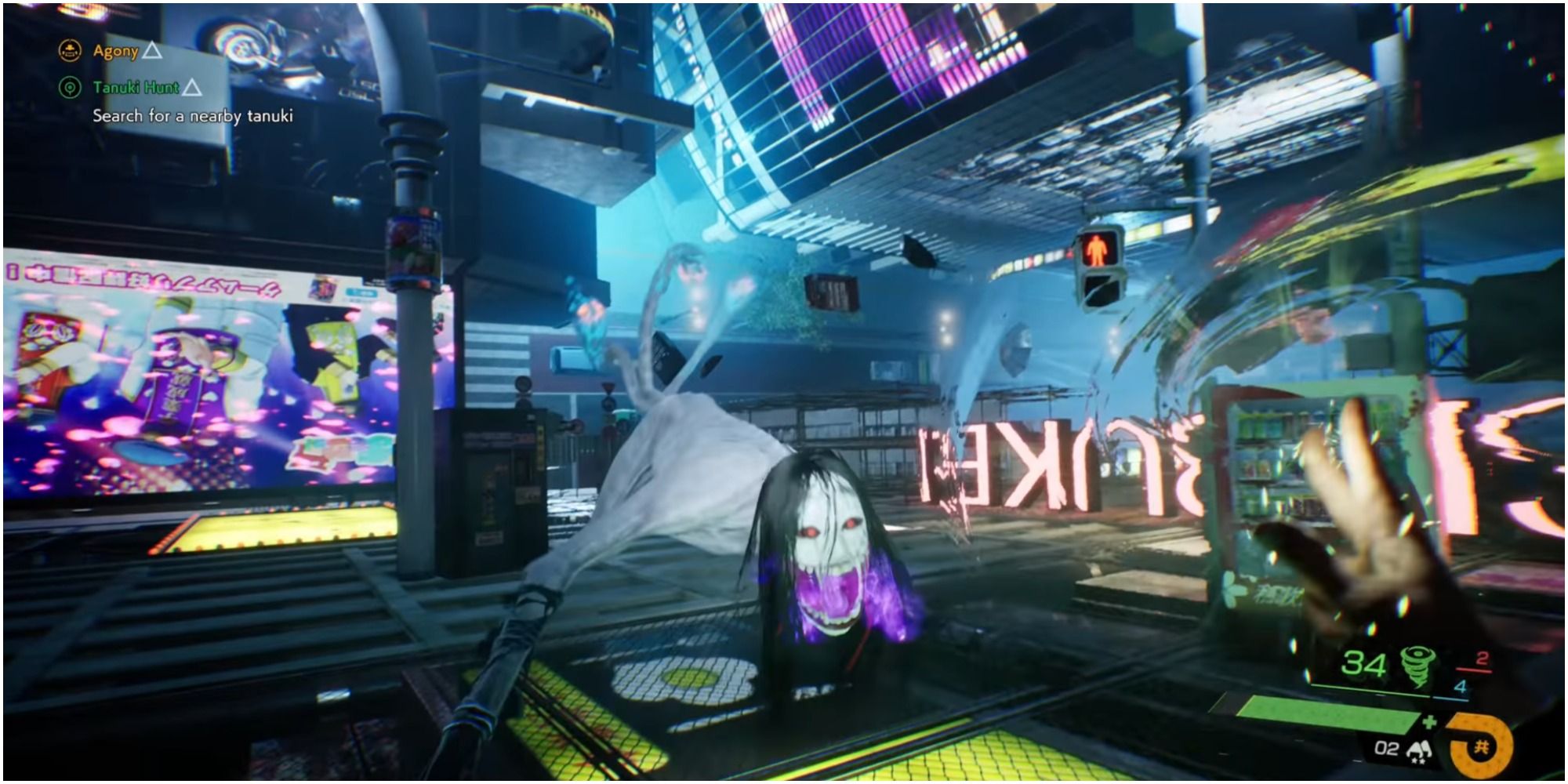 You may never have found cats scary, but Ghostwire: Tokyo has gone beyond our expectations once again. In the second main boss fight of the game, you face Ko-omote, a yokai with the body of a furless cat and the malformed face of a girl.

This boss fight is unique in its hide-and-seek aspect, as you have been forcibly separated from KK and lost your supernatural abilities by default. But seriously, fighting this abnormality head-on is something you do not want to put yourself through, so Bethesda emphasising stealth in this fight really spared us from some excruciating nightmares. 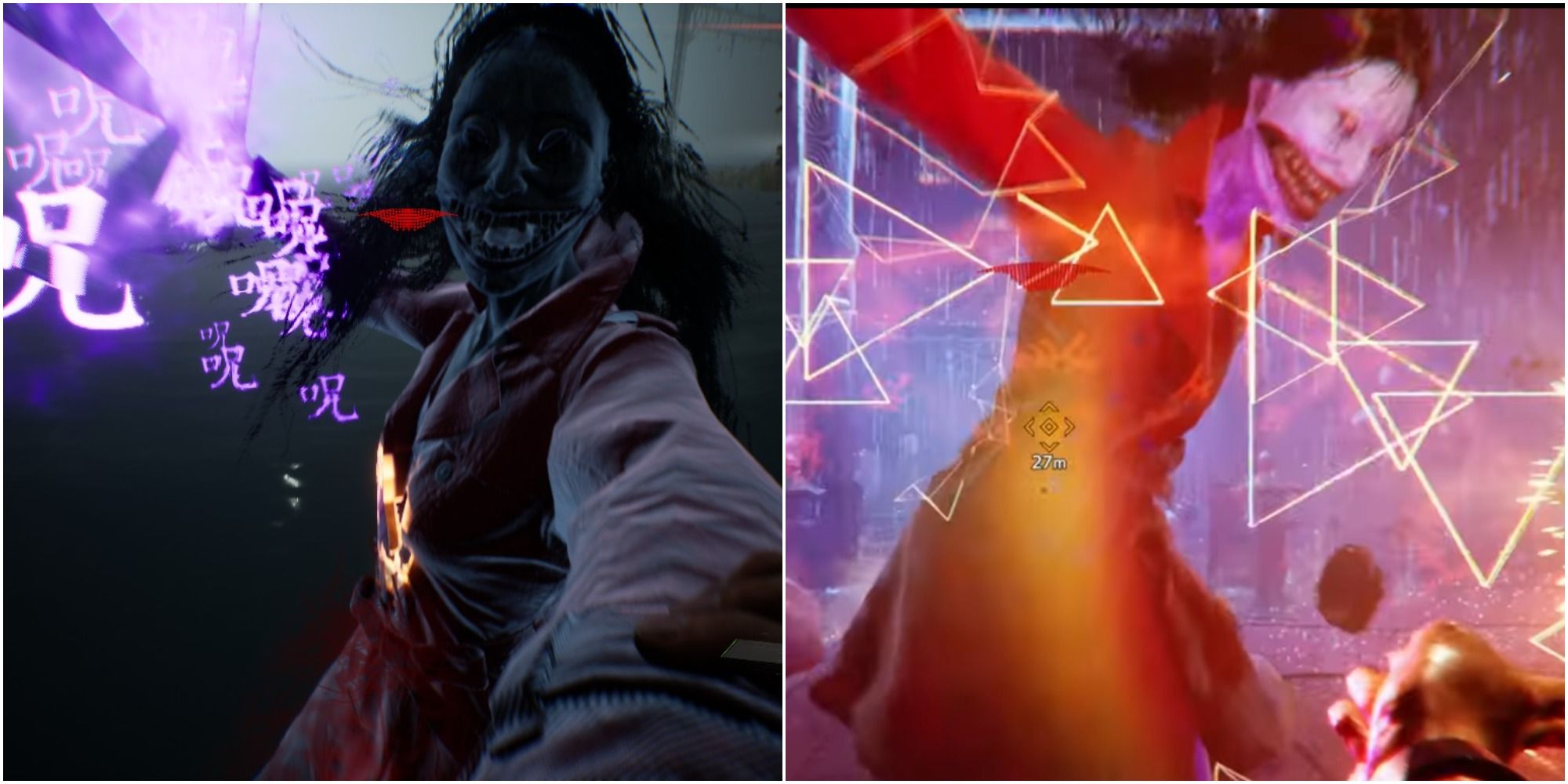 With long, silky black hair, this lady might seem lovely from afar, but the moment you get closer you will realise your mistake.

Stranger Of Paradise Final Fantasy Origin: How To Defeat Lich