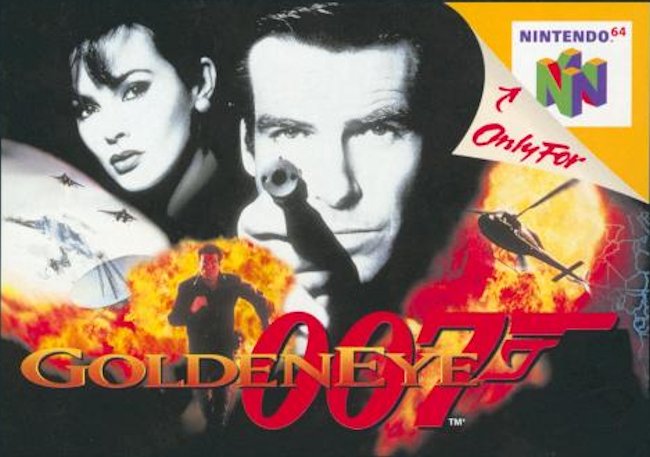 The classic James Bond game GoldenEye 007 may be about to become part of the Nintendo Switch Expansion Pack.

With the addition of Nintendo 64 games to the Nintendo Switch Online service, few had any real hope that GoldenEye 007, an adaptation of the James Bond movie of the same name, would be added to the library.

Since it requires the agreement of Nintendo, Microsoft, and the holders of the James Bond licence it seemed impossible, but Eurogamer Germany has noted that it has suddenly been removed from a list of video games that can’t be sold or advertised to children (alongside Bloodrayne and its sequel).

GoldenEye would have come off the list eventually, with its indexing set to expire 25 years after it was banned. However, someone requested it be removed early. Although despite rumours there’s no evidence it was Nintendo themselves.

While the obvious theory is that GoldenEye will arrive on the Nintendo Switch Online service, allowing fans and newcomers to experience the original game, it could also theoretically see a re-release on Xbox consoles.

In fact that could be part of the deal Nintendo had to strike with Microsoft, who intended to release a GoldenEye remaster several years ago.

Since Nintendo and Microsoft have developed a strong working relationship, the game does stand a decent chance of coming to Nintendo’s platform. The first Banjo-Kazooie game, which hasn’t been available on a Nintendo console since the original Nintendo 64 release in 1998, is already confirmed for the Switch’s online service.

However, it’s not as simple as that. GoldenEye hasn’t seen a re-release in so many years because not only do Nintendo and Microsoft have to agree (because Rare own the source code and Rare are now owned by Microsoft) but so do the holders of the James Bond video game licence, which is currently Hitman makers Io Interactive.

Separate negations may also need to be made to include the likenesses of actors such as Pierce Brosnan, Sean Bean, and Robbie Coltrane, which is why the 2010 GoldenEye remake replaced Brosnan with Daniel Craig.