Home » News » Got these rare PS4 games? Sell them to make a HUGE profit today 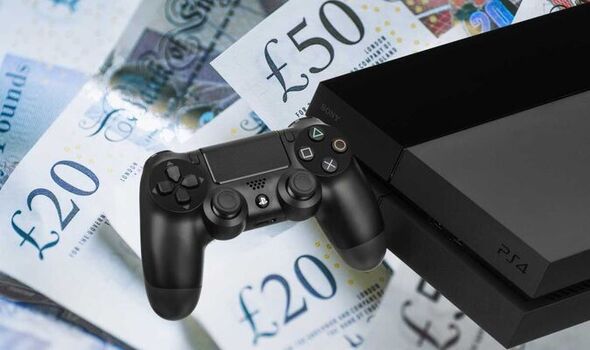 If you’re a PS4 owner looking to make a quick buck you’ll want to double check your collection for some extremely rare and valuable games. The PS4 is one of Sony’s most popular consoles ever, with 117.2million units sold since it launched in 2013 – and plenty of games for the system can be picked up at a bargain price second hand. However, there are some big exceptions to this rule, with a number of rare and valuable PS4 games available that are worth hundreds – if not thousands – more than it initially released for.

This is according to data from PriceCharting.com, which is an invaluable resource for game collectors.

The website charts the prices of countless games over time, so you can see how much a game has appreciated – or depreciated – in value over the years.

That’s crucial as it ensures anyone buying retro games can double check how much an item is worth so they don’t pay over the odds, while for sellers the information helps ensure they get what an item is worth.

While plenty of PS4 games can be picked up for a few quid, not all games are created equal and there are some extremely rare games which have surged in value over the years.

The physical version of Poop Slinger was published by Limited Rare Games and is so valuable because of the small amount of copies printed.

Only 84 physical editions of Poop Slinger were ever sold to the public.

While the most valuable version of Poop Slinger is one that hasn’t been opened other versions will still sell for a tidy price.

If you’ve got a complete in box version of Poop Slinger which has already been opened that’s still worth £826, while a loose version (i.e without the box) is still worth £718 – that’s a staggering price for the disc alone.

Tamashii is another game which was released by Limited Rare Games – however it may not be the same Limited Rare that published Poop Slinger.

It’s all a big confusing, which added to the drama when this game was first released.

It was promoted by a company called Limited Rare Games which used a different logo to the publisher of Poop Slinger as well as a different Twitter account.

Like with Poop Slinger, very few copies of Tamashii are out in the wild which has led to the game’s value surging in price.

One important thing to bear in mind if you’re just getting into retro game collecting is the value of a game or console can depend on a variety of factors.

Whether a game or console is loose, complete in box or in brand new condition (i.e unopened and sealed) has a huge bearing on a collectible’s value.

Also, the region a game or console was released in can also affect its value – so just because one game is worth a lot of money in the US and Europe, doesn’t mean the Japanese version is worth as much, and vice versa.

However, in the case of the Nier Automata Collector’s Edition both the English language and Japanese versions fetch a high price.

The most valuable version of this PlatinumGames classic is the collector’s edition released in the US – with a brand new copy worth £1,120.

The most valuable PS4 game released in the UK is the collector’s edition of Resident Evil 7.

The star attraction of this edition is a replica model of the Baker Mansion. It also comes with a USB memory stick in the shape of a finger, an artbook and more.

In terms of other valuable PS4 collectibles to lookout for, there are a number of rare games and special edition consoles you’ll want to put on your radar.

One of these is the gorgeous PS4 console that was released to mark PlayStation’s 20th anniversary.

This console comes in the same colour as the original PlayStation and is extremely rare, with a limited number of these consoles produced.

Another limited-edition console to look out for is the jaw-dropping Persona 5 Royal PS4 Pro that was only released in Japan.

Who Is The Bravest Pokemon Anime Character?