Grand Theft Auto Online's Los Santos Drug Wars update includes six missions labeled First Dose. The last of these is First Dose 6 – Off The Rails. If you have made it this far, you are likely adept at combat and can handle a big gunfight by yourself. However, this last mission is divided into several distinct parts with challenges the prior five missions do not have.

Most notably, it starts with a big stealth segment, followed by a race against the clock. It then ends with a big firefight by a crashed train. To go through this mission smoothly, simply follow the walkthrough below.

Preparing For The Mission 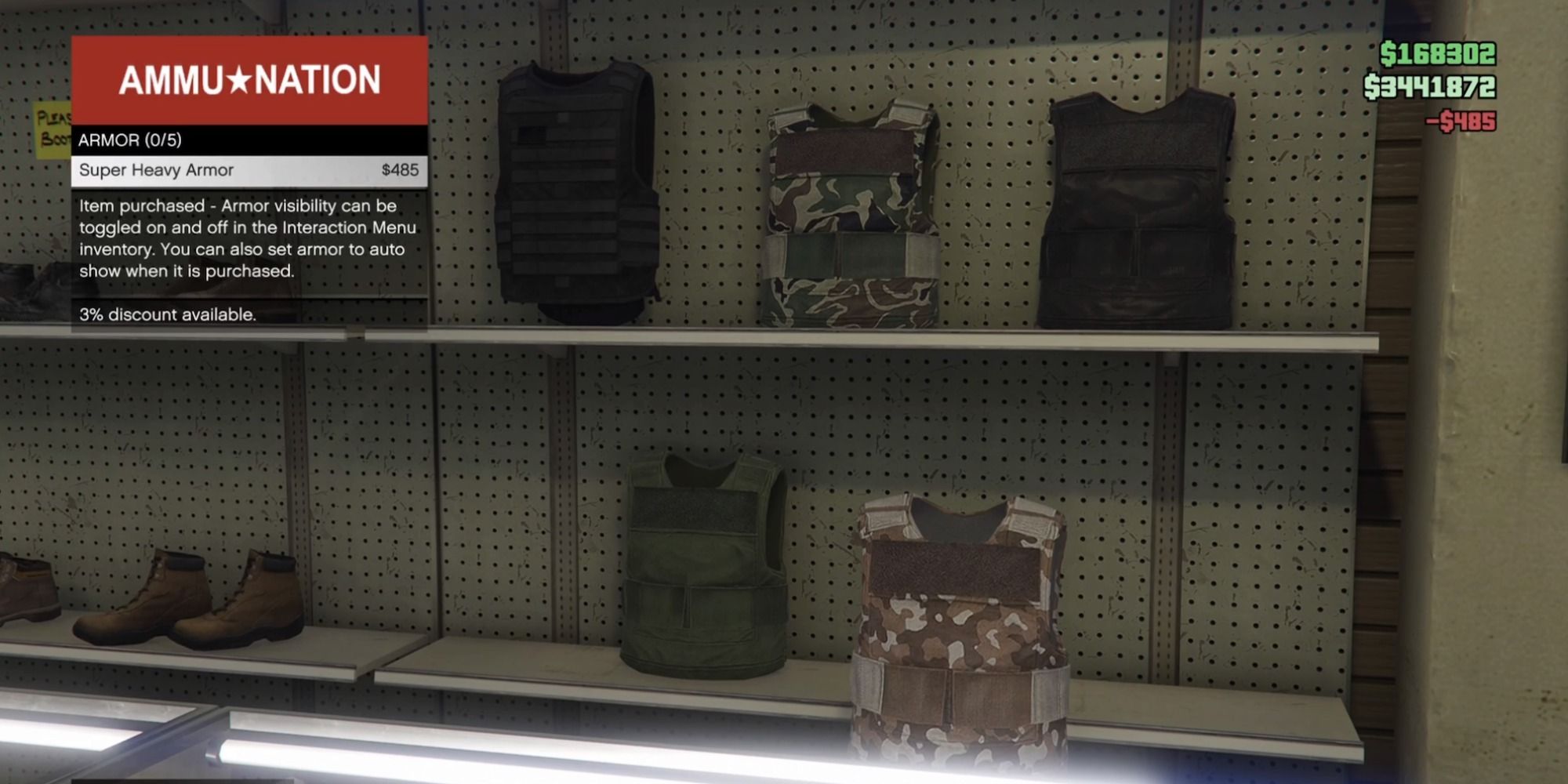 Here is what you should have equipped and prepared before embarking on the mission:

Once you have all of these, you are all set to actually start the mission.

First Dose 6 – Off The Rails Walkthrough 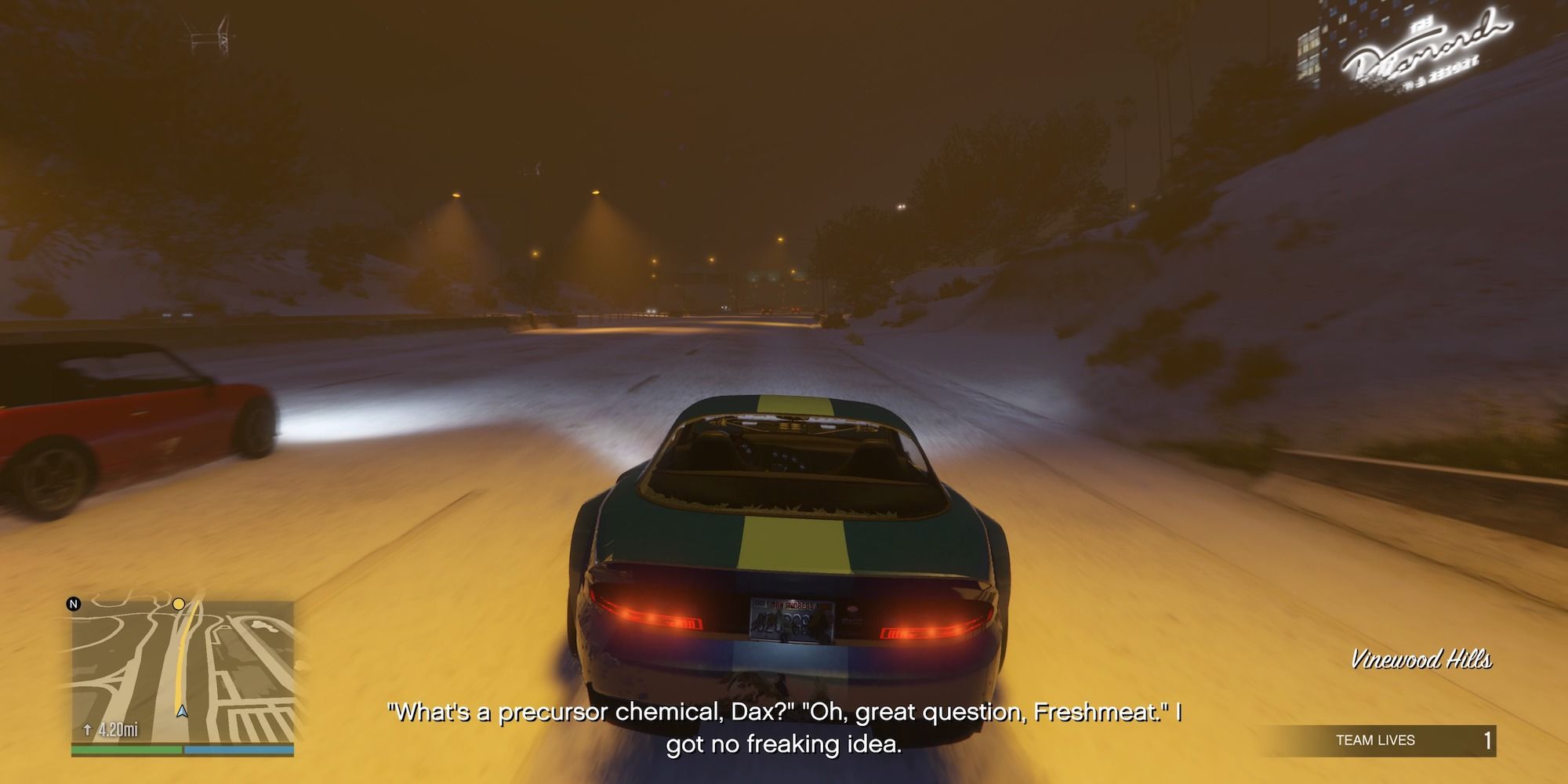 The mission starts with you at the Freakshop in an orange jumpsuit and mask. Dax calls, and you are directed to the Humane Labs and Research facility. Your mission is the sneak through the facility and steal precursor chemicals for a new batch of special acid.

The objective is marked on the map in green. You can assault the compound and shoot everything in sight, but a stealthy approach is safer and leaves less of a body count.

Sneaking Through The Compound 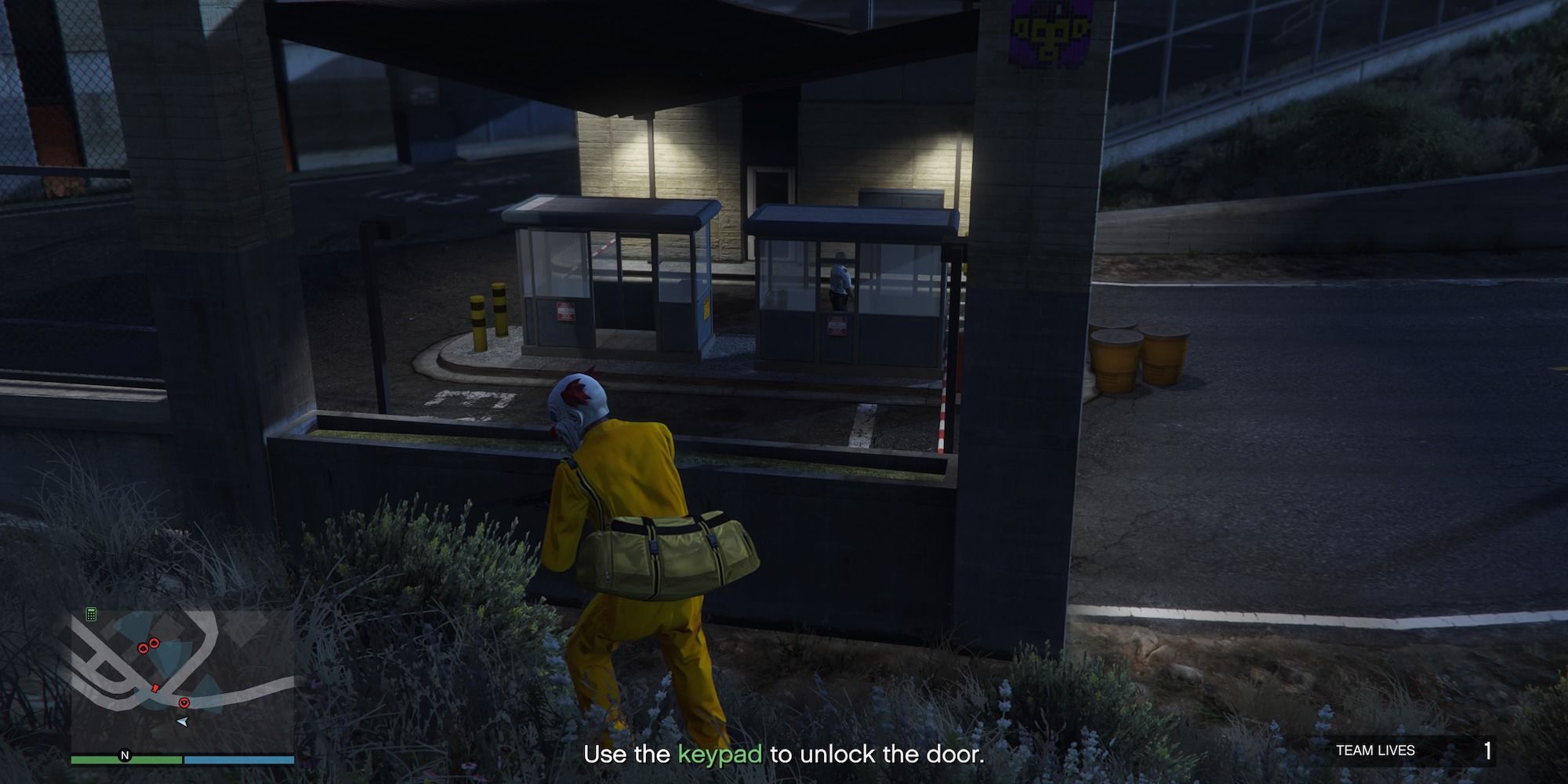 Park the car on the road away from the entry gate and walk toward the entrance. When close, go to the left of the booth. This should be outside the enemy's cone of vision. You will have no problem approaching this guard and getting a clean headshot with the silenced pistol. 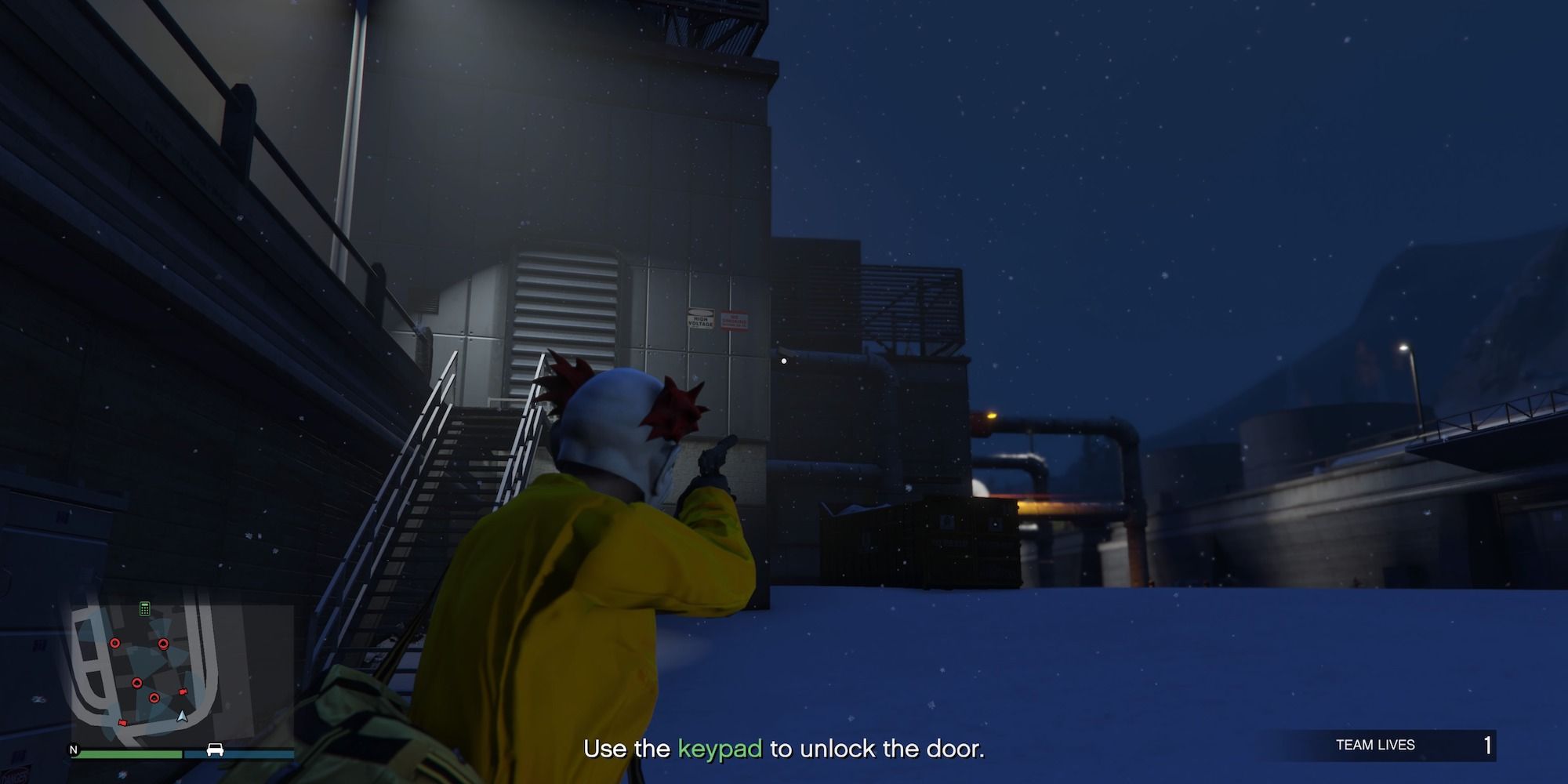 Make a right once you pass the gate and hug the wall as you sneak forward. Take a left and shoot the security camera before walking past it. Keep walking forward until you reach a point with three guards. 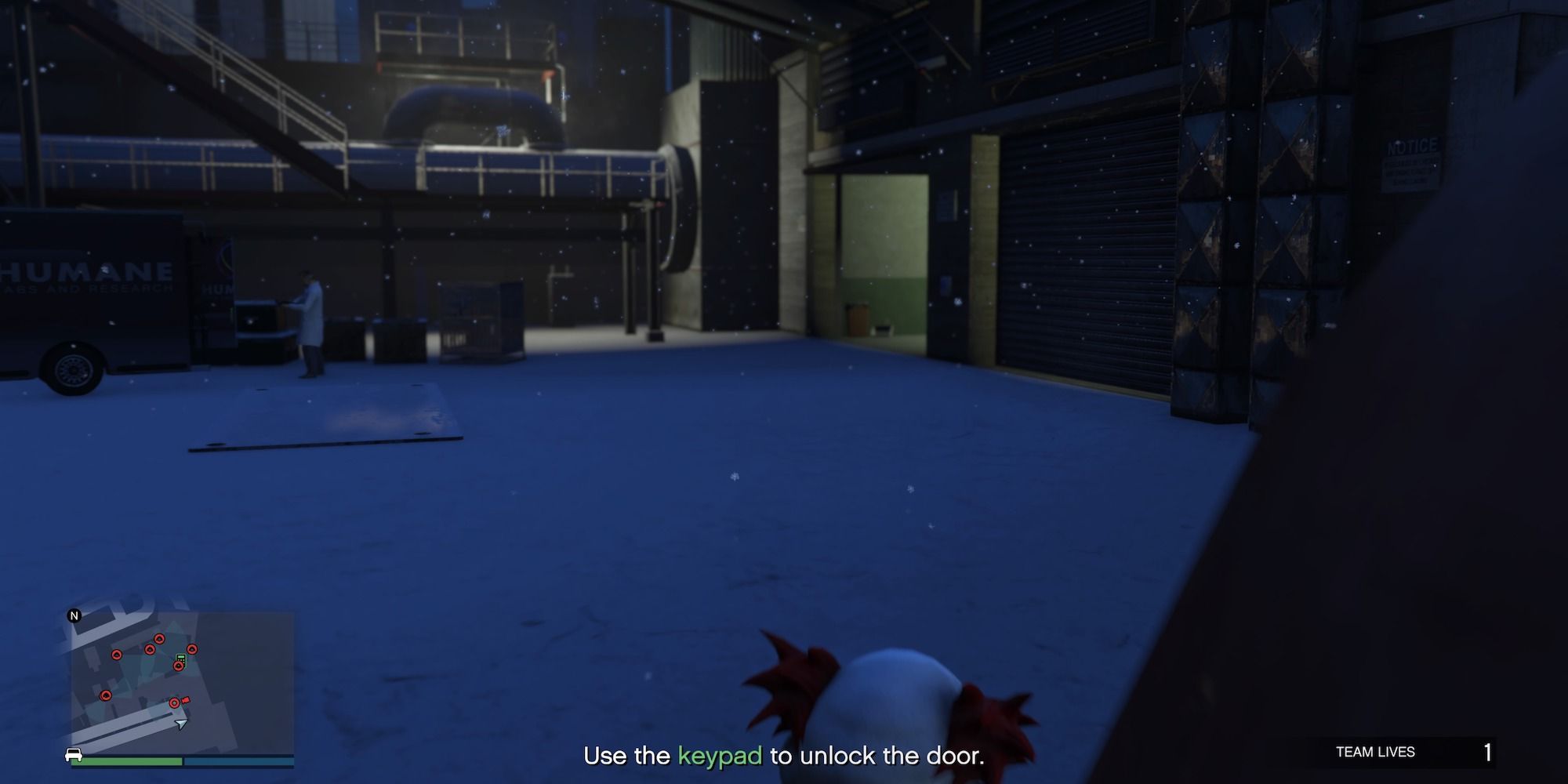 One guard is above you on the left, another is loading a truck, and the third is directly in front of you. Take out the one above you first, and then the one right in front of you. The one loading the truck will not notice. Sneak forward and then go up the stairs behind the second guard you killed.

With aim assist, getting headshots is simple, even from far away and in the dark. The auto lock targets the body, so aim up slightly. Go up until the reticle turns white again and then aim down, which should set the reticle right on their head for a one-shot kill. 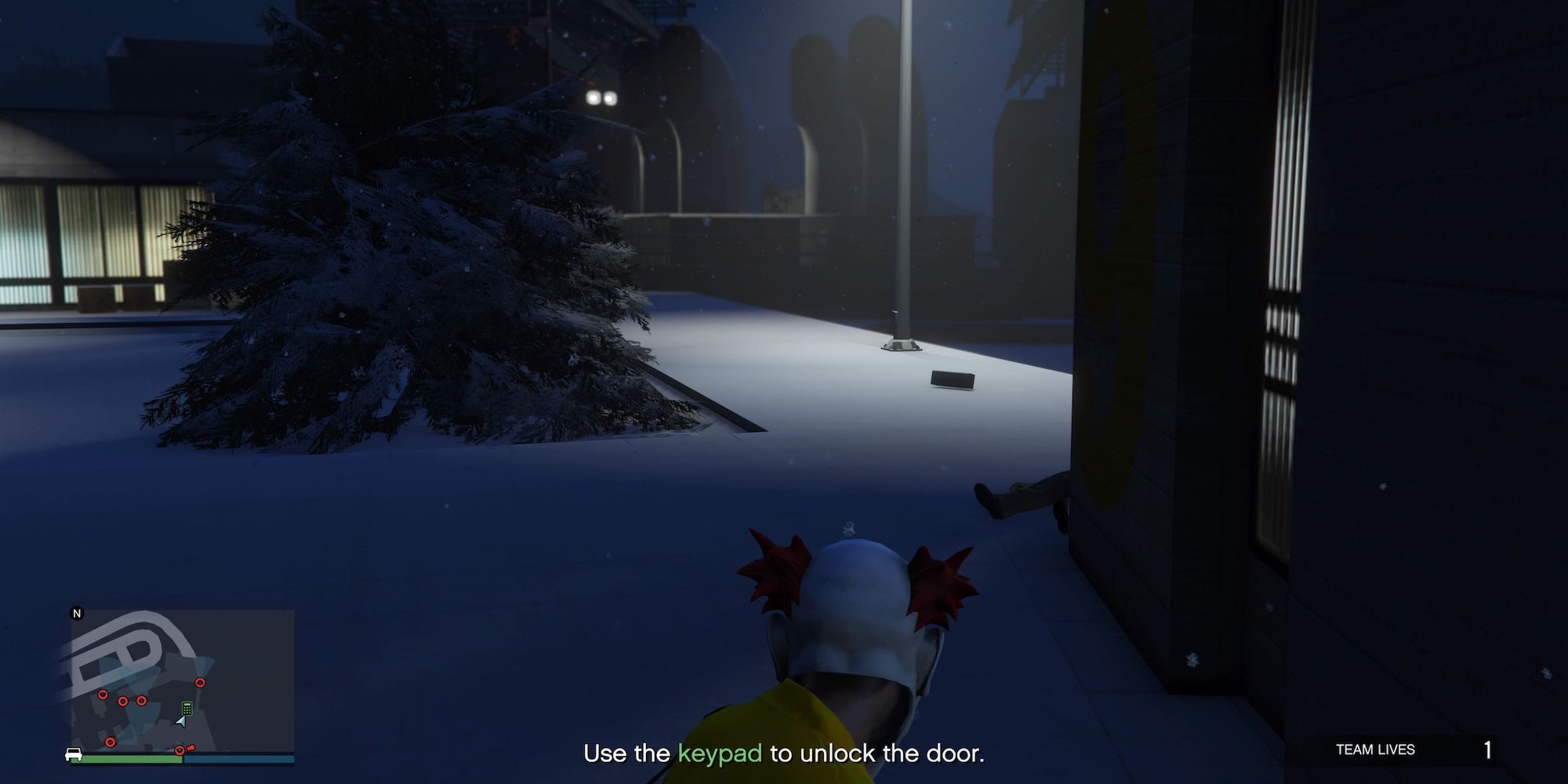 At the top of the stairs turn around and head in the direction of the objective via the rooftops. From the roof, you can get a headshot on the guard right in front of the door. If you are quick enough, you can hack the door quickly after killing him. Otherwise, shoot down a few of the other guards in the area to prevent setting off an alarm. 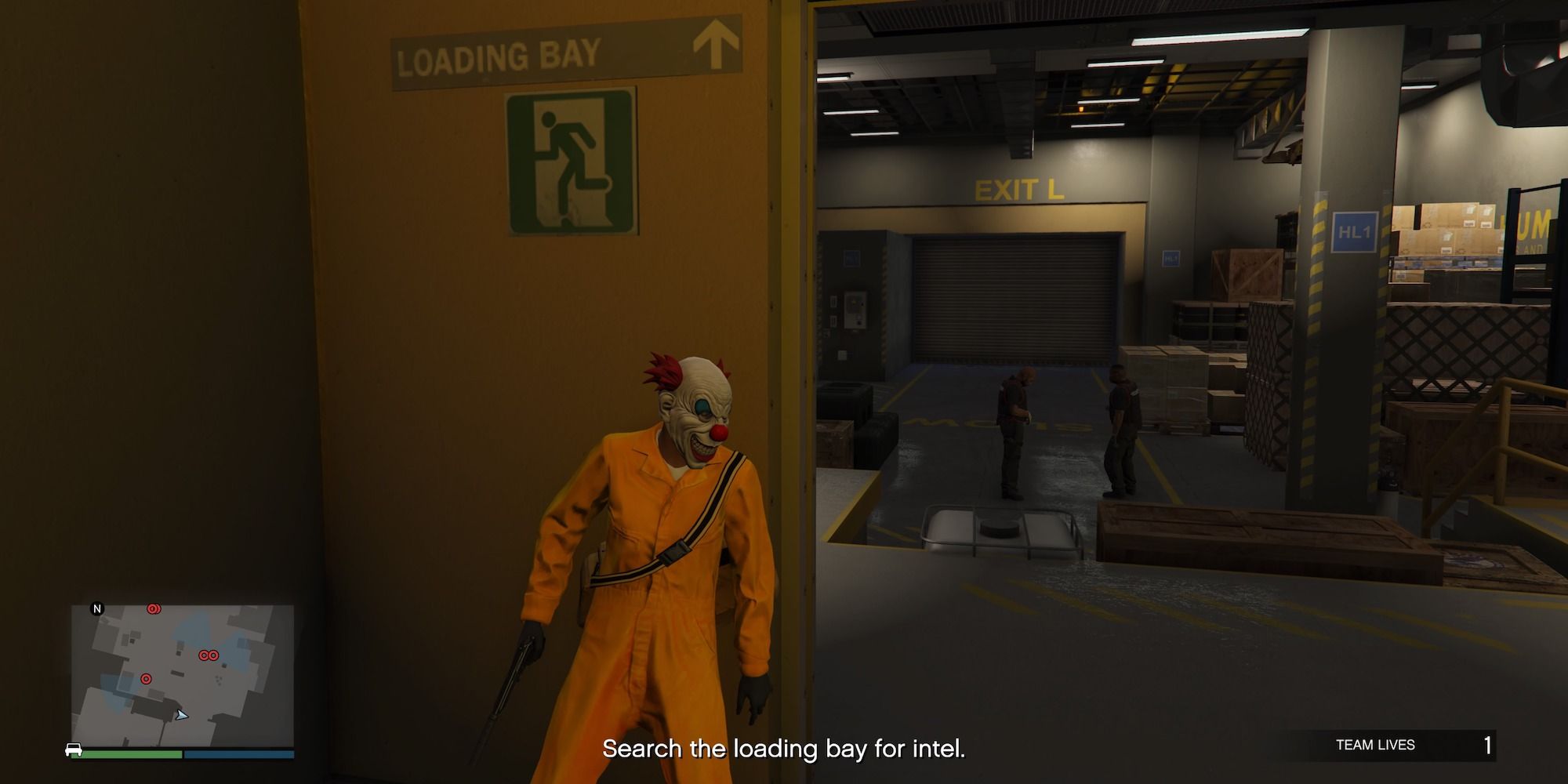 Once inside the compound, the objective is directly in front of you. There are several pairs of guards here who are looking at each other. Killing them while remaining in stealth is tricky, but you can do it while playing solo if you shoot both of them fast enough. As long as they don't shoot, you will not sound an alarm. 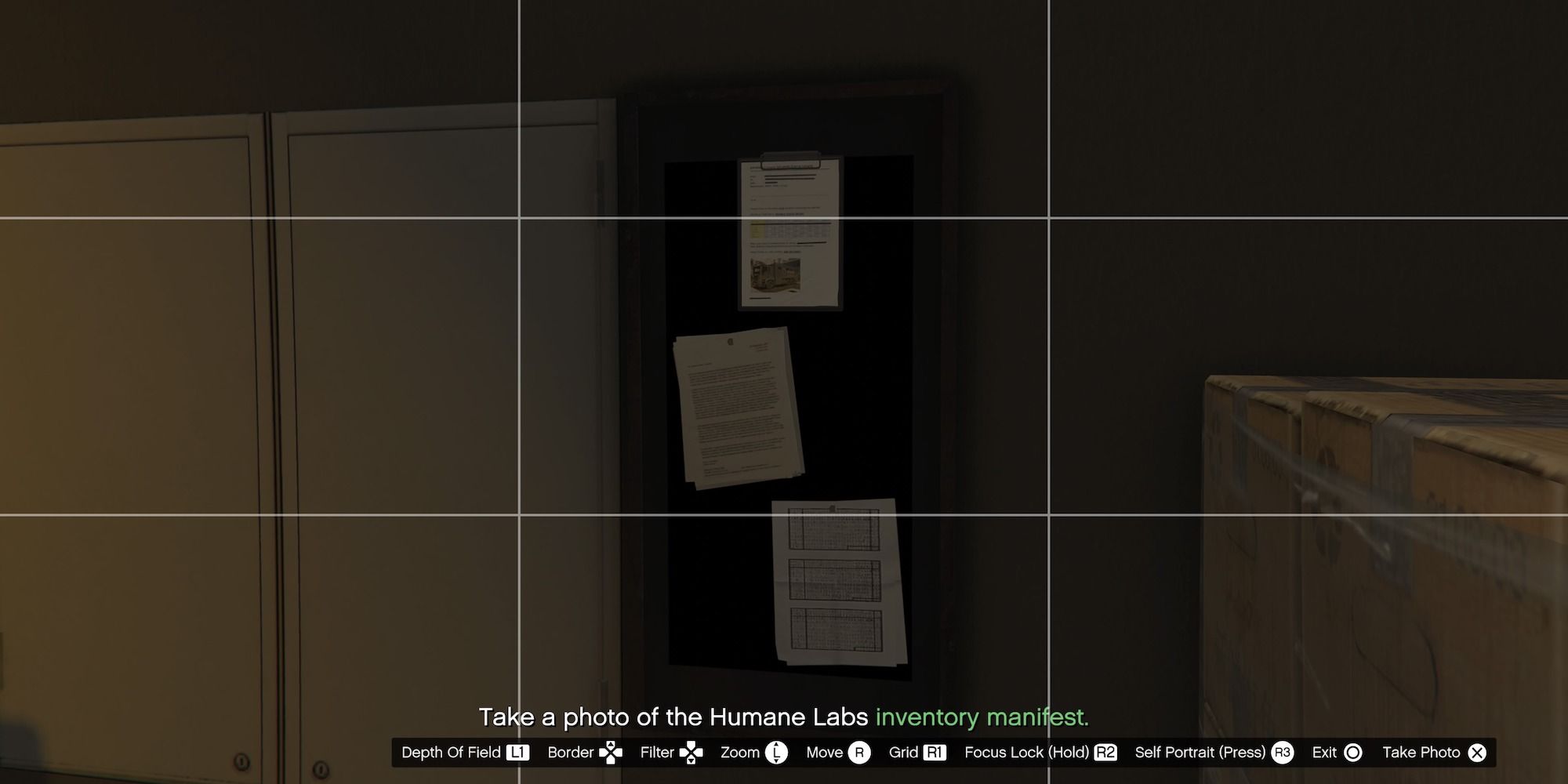 After clearing this room, you can find the plans by the entryway where the cargo is held. Photograph them and send them to Dax. Then, you have all the time you need to open all the boxes and collect the objectives. 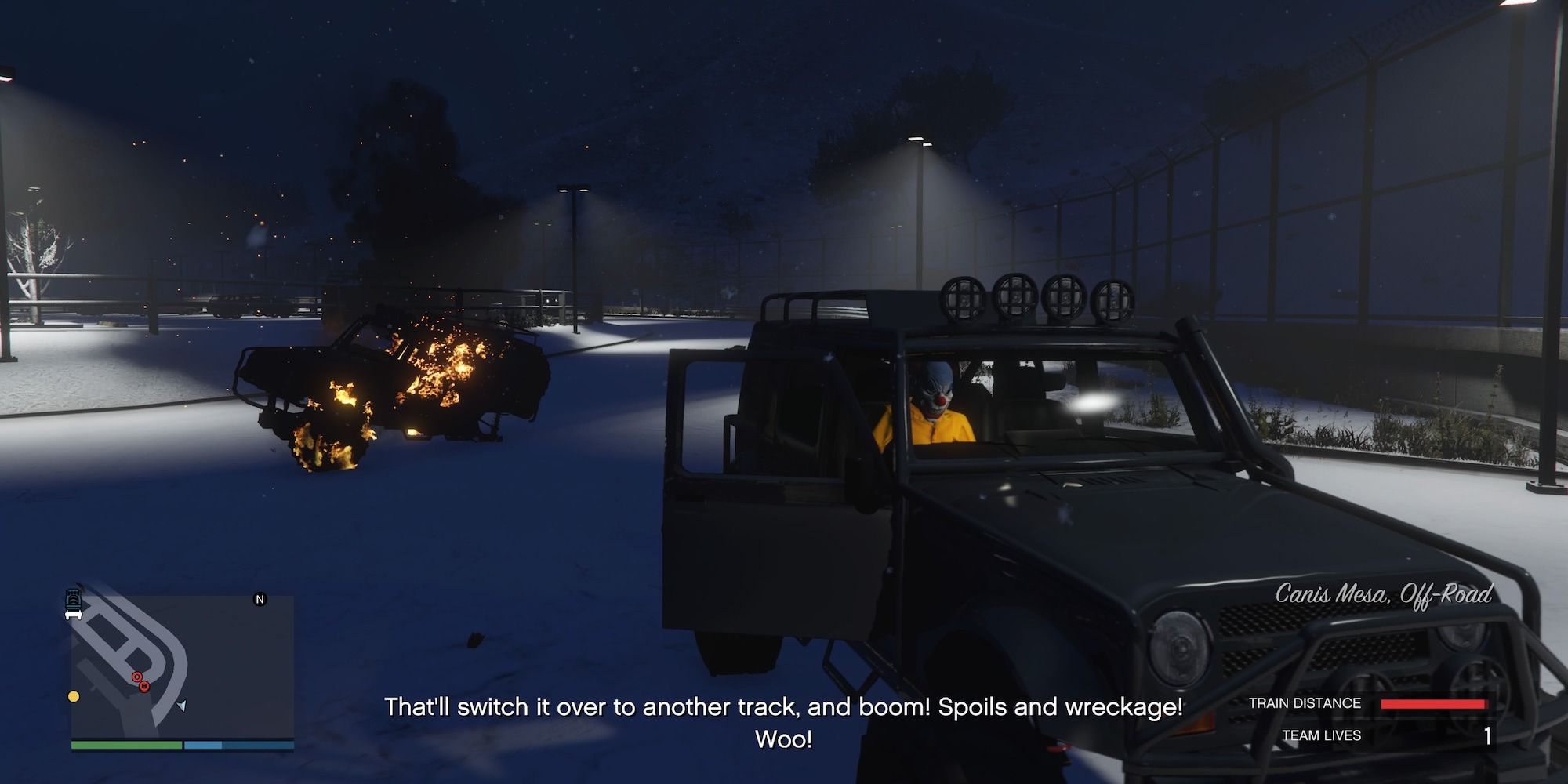 Here, you have to reach a rail switch and flick the switch before the train passes. Time is actually quite short, so don't dilly-dally. After you open the gate to leave the building, a car with enemies approaches. Blow the car up with explosives. 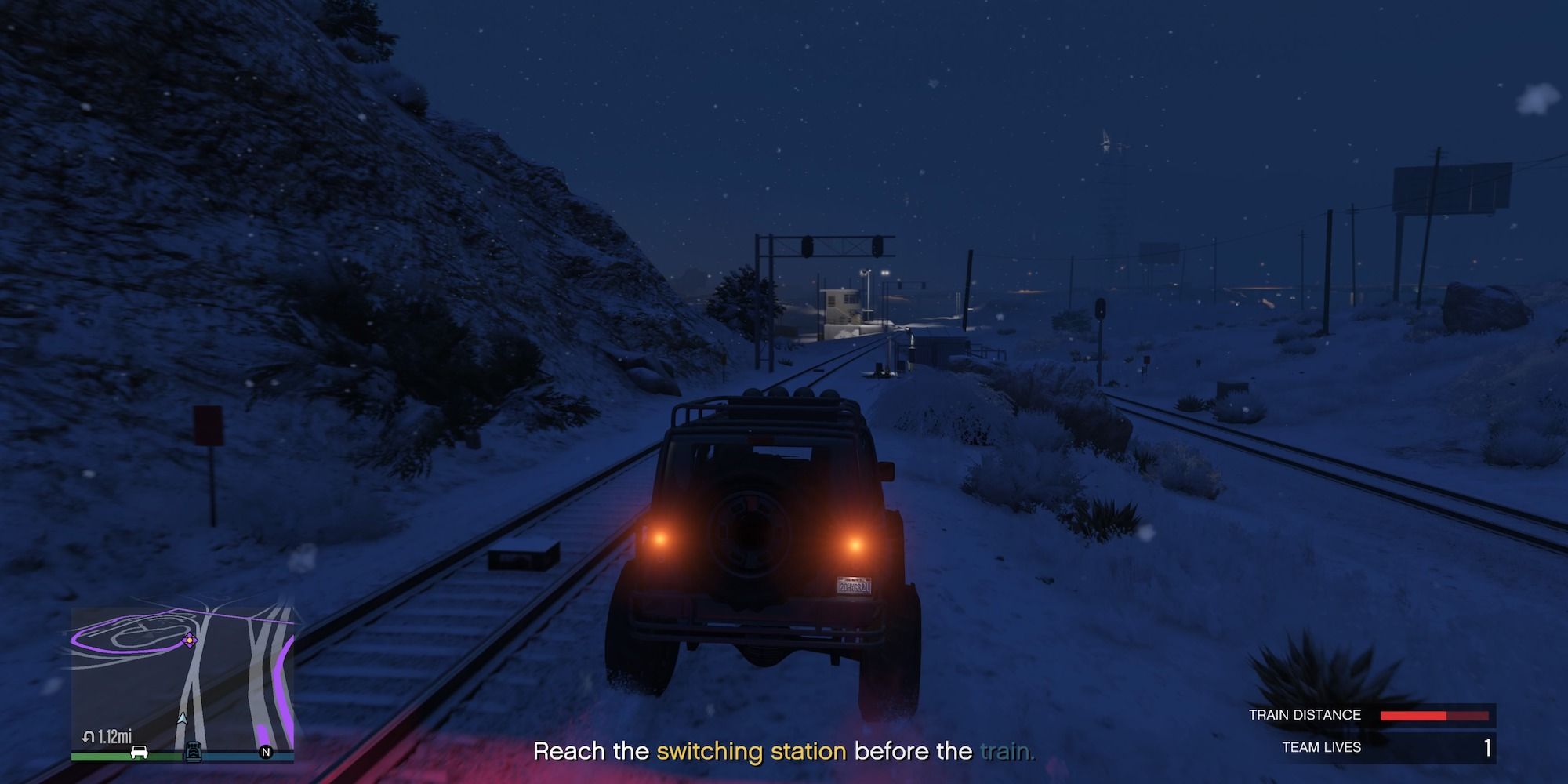 Steal a parked car and drive out of the compound. The easiest way to reach the switching station is to drive on the tracks in front of the train. It leads you directly to the objective. Go inside the booth and activate the switch.

Once the train crashes you have to get tools from a point marked on the map. Drive to these, pick them up, and then make your way to the crash site. 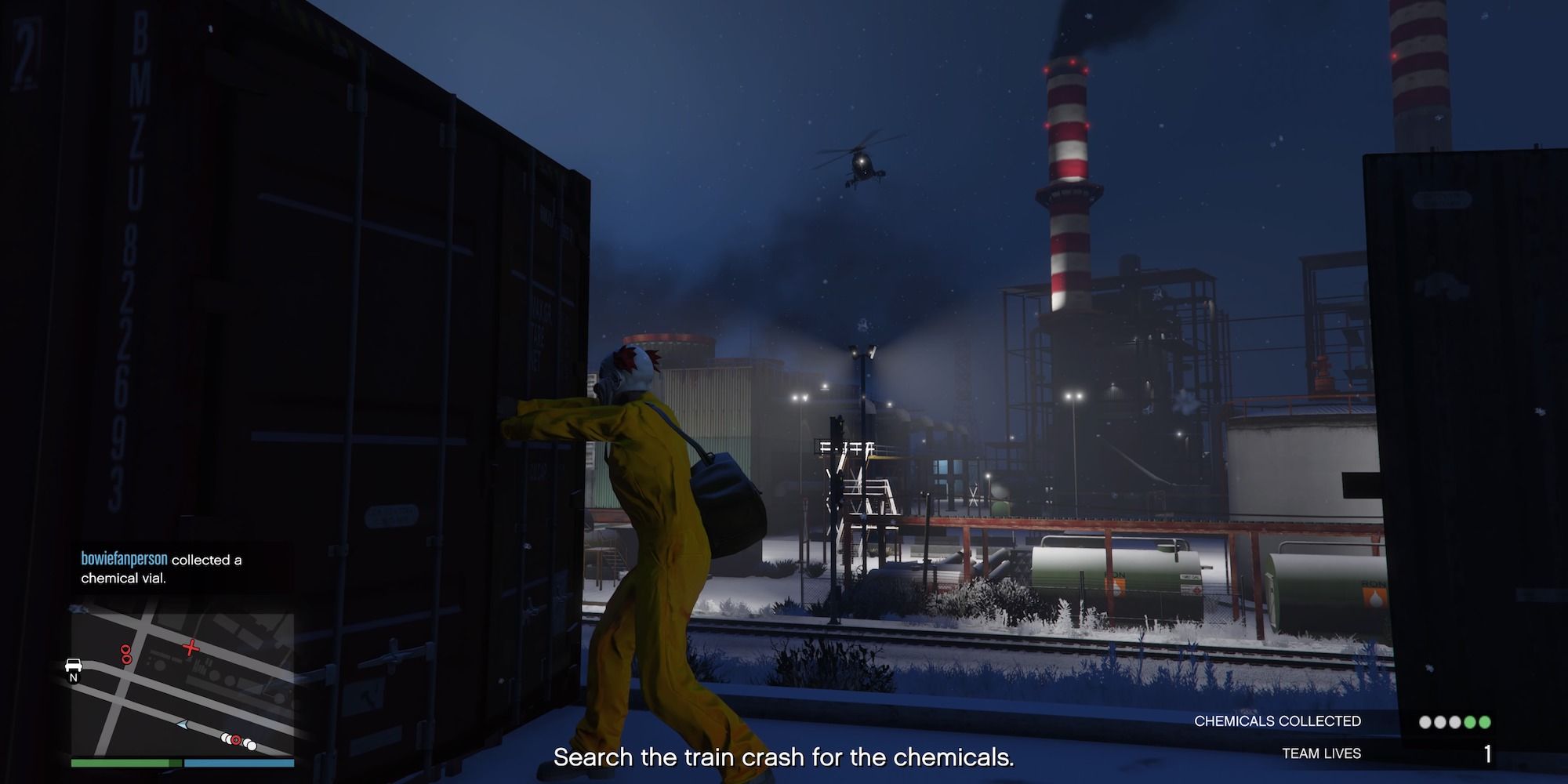 Using the recently acquired tools, you have to open containers on train cars until you have found all the chemicals. As you make your way from container to container, more enemies come. A helicopter will occasionally come, which is where your Homing Launcher comes in handy.

Guards kill you fast, but they don't seem to hit you quite as much during the animation of opening the container. Use this to your advantage. Once the container is open, you can use it as cover. The glowing green areas progressively damage you too, so don't linger in them too long. 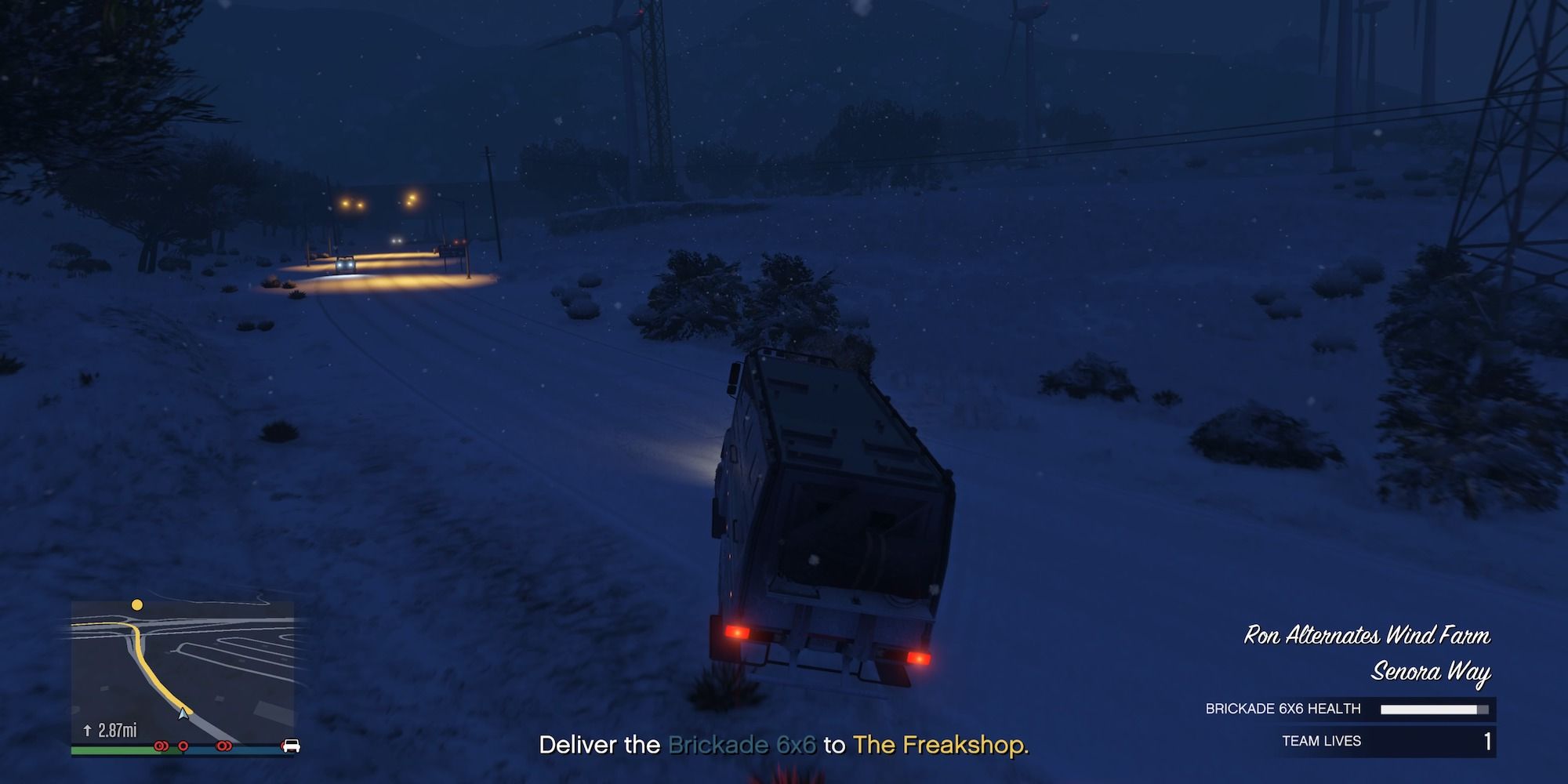 Once you collect all the chemicals, your last objective is to collect the Brickade 6X6 on the last wagon and drive it back to the Freakshop. It is a slow, cumbersome vehicle, so driving it off the train car is irritating. You will be chased all the way back to the Freakshop, but the car has more than enough health to survive the trip.