Home » News » Harper Not Communicating On The White Lotus Is Frustrating, But Totally In Character

It’s always frustrating when the conflict of a story hinges on characters being unable or unwilling to communicate basic information with each other that, if spoken, would clear the whole thing up. It happens a lot in romantic comedies (a genre I love) because the rigid structure dictates that after the two characters are happy together, they need to be broken up, so that they can then achieve climactic reconciliation, usually as a result of a grand gesture. The White Lotus isn’t a romantic comedy, but in season two’s fourth episode In The Sandbox much of the episode’s conflict hung on two characters’ inability to resolve a misunderstanding.

After traveling to Noto for the night with Daphne (Meghann Fahy), Harper (Aubrey Plaza) returns to the resort and promptly finds a condom wrapper on the couch in the room she shares with her husband, Ethan (Will Sharpe). After this discovery, Harper completely shuts down for the rest of the episode. She doesn’t say what she suspects, but when she asks Ethan what he did with Cameron (Theo James) the night before, he admits to the drinking but omits any mention of Cameron and him bringing Lucia (Simone Tabasco) and Mia (Beatrice Grannò) back to the room, where Cameron had sex with them. To avoid telling the truth about what actually happened, Ethan inadvertently leads Harper to believe something much worse.

Whether he’s skirting the issue because he wants to protect Cameron (who invokes the “bro code” the morning after), or because he feels guilty for not immediately pulling away when Mia kissed him, he is lying to his wife’s face. The fact that Harper could directly confront him about the condom wrapper, and doesn’t, is what makes the episode frustrating. When the credits began to roll and Harper still hadn’t said anything, I felt the frustration in my bones. 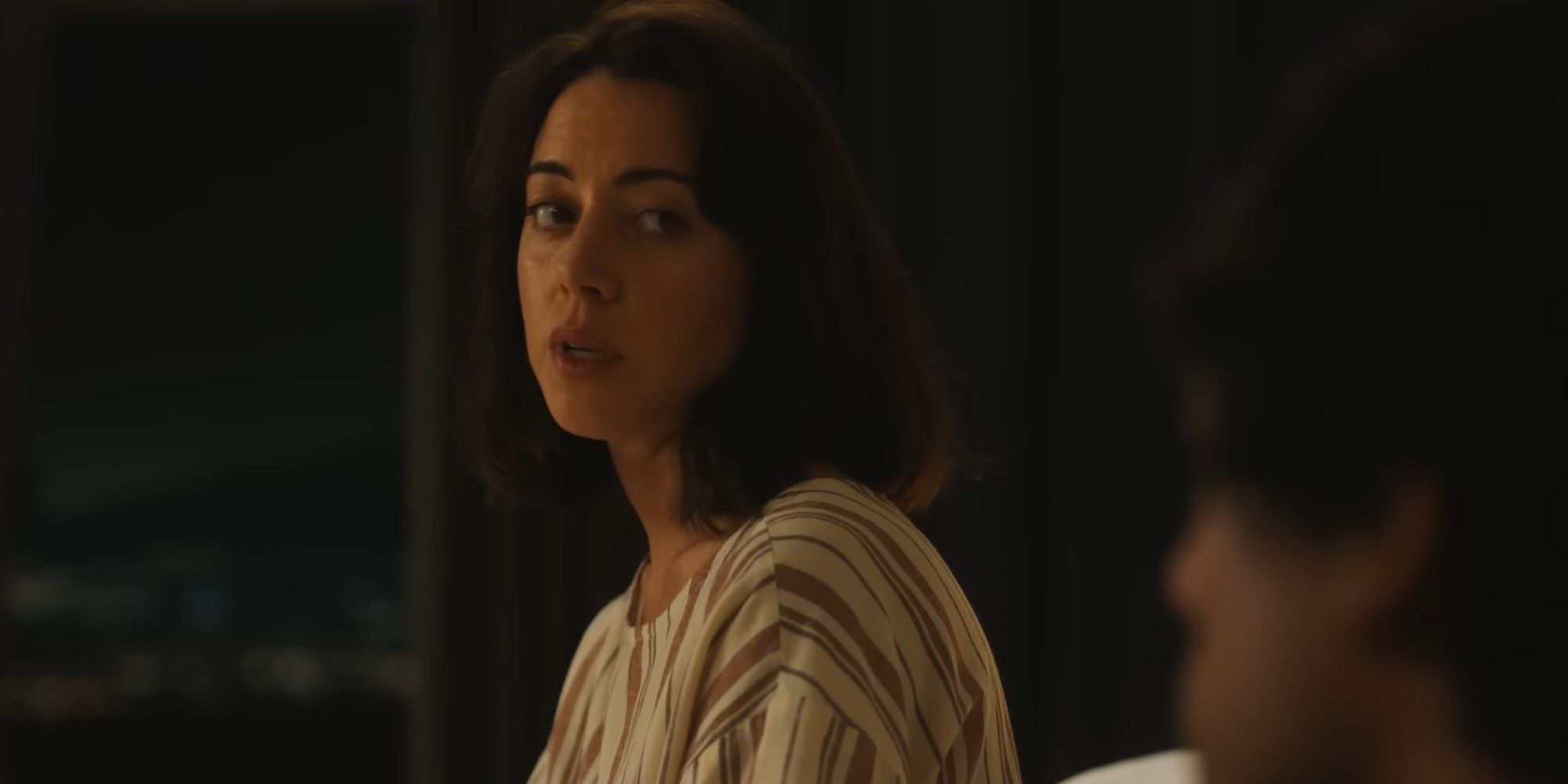 But, Harper handling it that way, while hard to watch, is totally in character for her. Throughout the season, she has struggled to connect with Daphne and Cameron, and has played her cards close to the chest. Though Daphne spills information about her relationship with Cameron when they get high in Noto, Harper holds back. The only person she discusses personal things with is Ethan, and she can’t discuss her suspicion that her husband cheated on her with the husband she suspects cheated on her. She also doesn’t feel like she can discuss it with Daphne because she feels the need for her relationship with Ethan to be better than Daphne’s relationship with Cameron. She has been finding her sense of self and stability during the trip, and as she and Ethan adjust to having money, in feeling superior to rich people like Daphne and Cameron. Now, when she can’t trust Ethan, she has nowhere to turn. So she just shuts down.

Movie misunderstandings are, typically, frustrating to watch because they feel, at least to an extent, out of character. We feel invested in a movie or TV couple because we like them. It may be because they’re intelligent or charismatic or kind, or all of the above. They charm us, not just their partner. When they are unwilling to listen or voice their problems, they stop being intelligent and charismatic and kind, and become a brick wall. It’s the frustrating thing about building a movie’s foundation on this kind of quicksand: the movie’s appeal depends on liking the characters but one of the key beats is going to strain that likability.

The White Lotus doesn’t need to make us like Harper. Both the first and current season have presented us with a cast of characters who are, at best, quite flawed and, at worst, borderline sociopathic. Harper isn’t a romantic comedy lead; she’s a fairly normal woman who is worried that her husband cheated on her. She’s behaving in a completely normal way. It’s just hard to watch.