Home » News » Hitman 3: How To Get Silent Assassin, Suit Only On Dartmoor

To complete the Silent Assassin, Suit Only challenge on the Dartmoor level of Hitman 3 you must kill only Alexa Carlisle and find the case file without being discovered, having any bodies found, and all while wearing just your classic suit. The easiest way to get the case file undetected is to acquire both sections of the Safety Deposit Box Token which are held by Fernsby the butler and Rebecca. This guide will show you a method to collect them and dispatch Alexa without using any hidden stashes or shortcuts opened in previous attempts. You’ll not need any special equipment either, but a silenced pistol can be useful for taking out Alexa.

From the front gate, hop over the garden wall to access the Manor grounds, from this point on you will be trespassing so make sure not to get seen by any of the patrolling guarding or working staff. From here approach the manor itself through the bushes to avoid detection. As you get to the carpark, you should see an open ground floor window on the right side of the main entrance. Make sure there isn’t a patrol passing before sneaking through into the mansion itself. 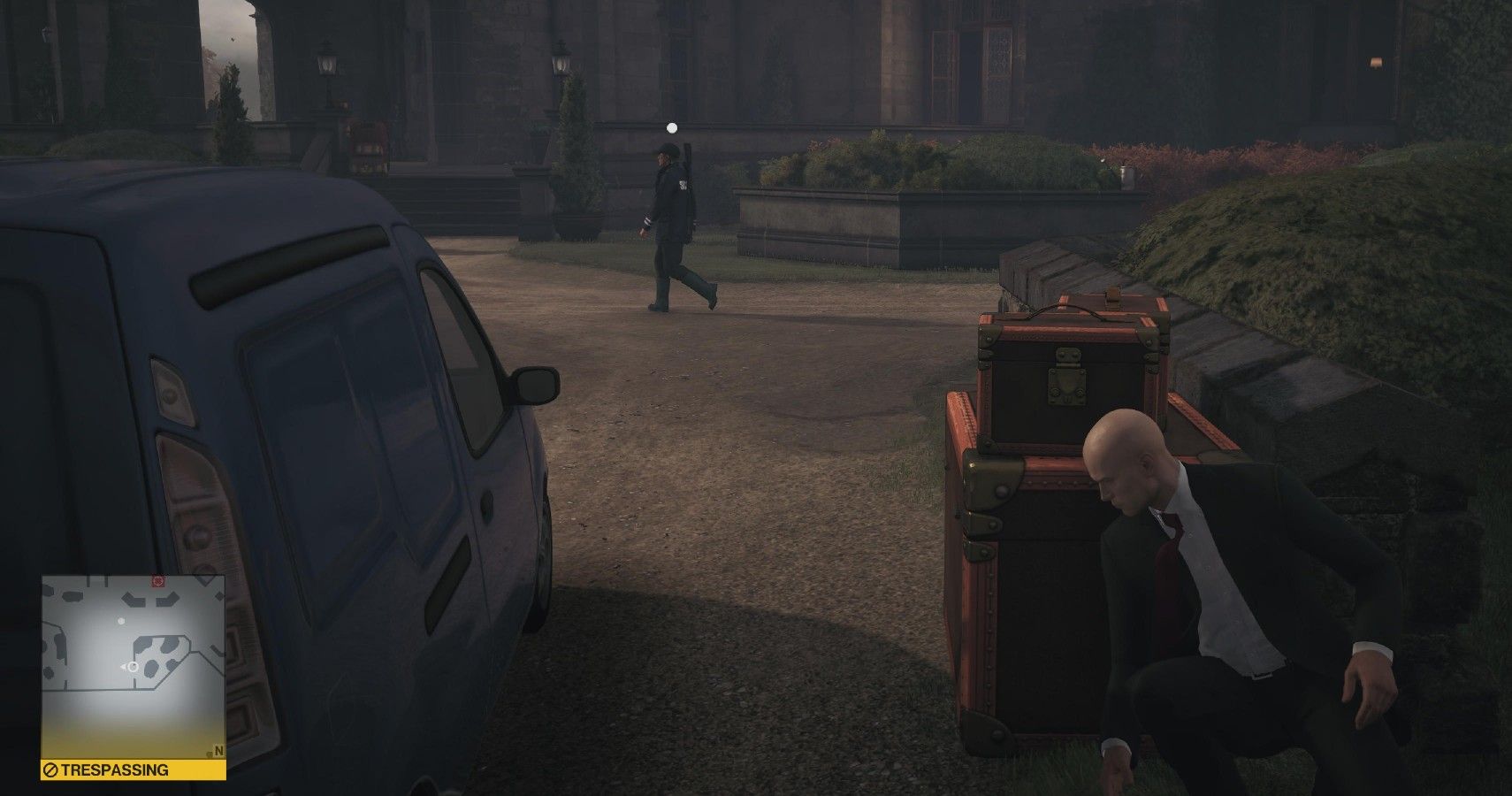 Follow the corridor in front of you then take a left before the grand staircases. From here you’ll be behind three guards and the butler, but don’t hang around as the butler likes to wander. Go behind the furthest staircase (the left-hand one when looking at them from the front door) and you’ll find a vacuum next to a convenient body-sized box. Turn on the vacuum and climb inside the box. This should attract the butler’s attention, but you might have to wait for him to get into earshot. Incapacitate him once he arrives, and hide his body in the box. Make sure to take his safety deposit box token, which will drop where he was subdued.

Once you’re ready, use the corridor between the two grand stairs and hang a left to get to the trophy room. In the small hallway that separates the Trophy Room from Sitting Room there should be a maid dusting. Incapacitate her and hide her in the nearby wardrobe. After that, turn on the record player and wait for Rebecca to investigate. It might take a minute depending on where she is at the time, but this will the most secluded place to catch her. Once she arrives, subdue her and hide her body with the maids. Remember the token as well. 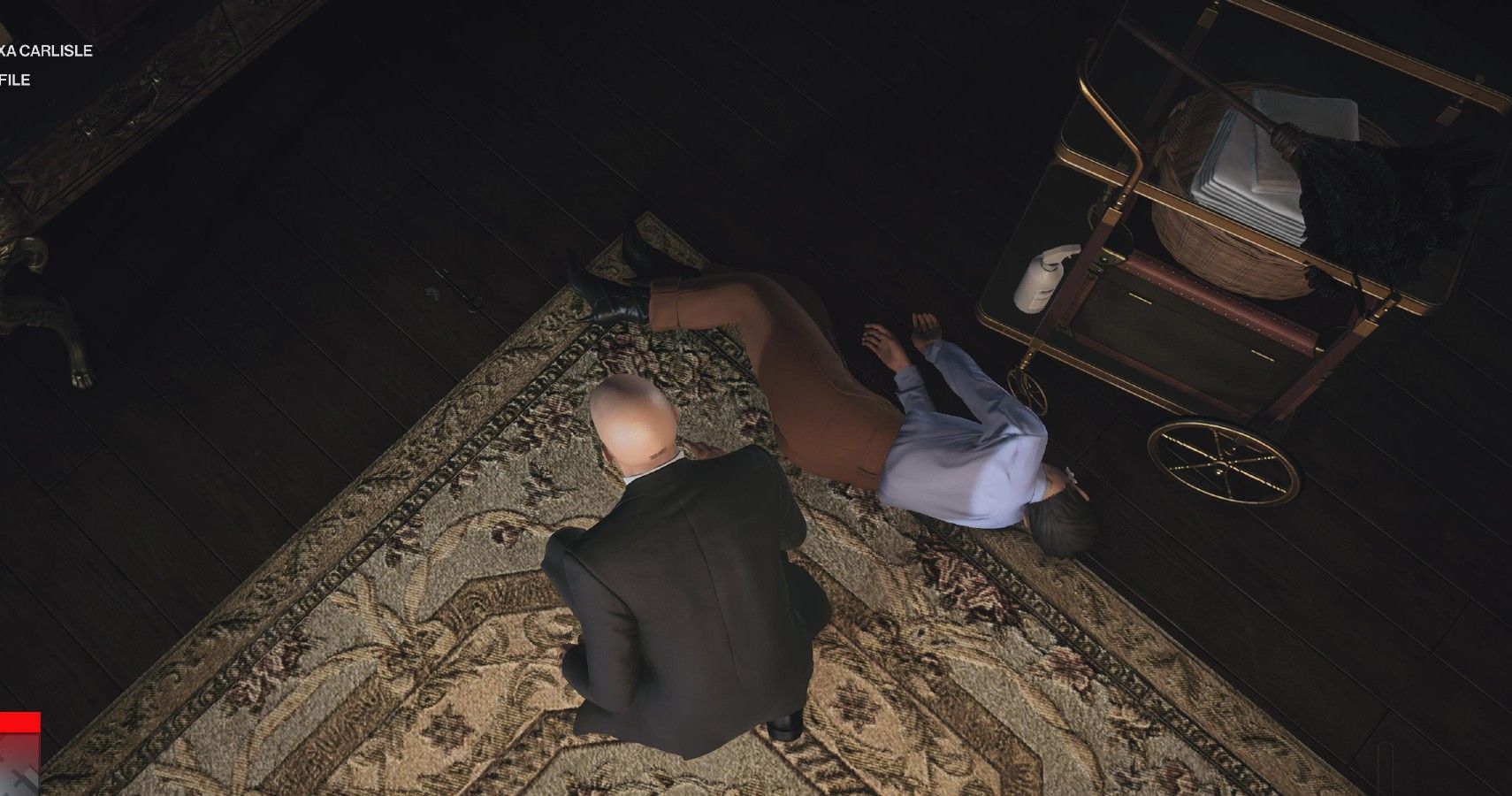 Sometimes the investigator happens to wander past the French doors from the outside during this section, so if you’re worried you can always head outside and deal with him first. Subdue him while he’s between the windows and you’ll see a nearby box to hide the body, then continue with the plan.

Once you’ve got both of the tokens all you need to do is take out Alexa Carlisle. Head outside, then trace around the Trophy Room until you find a waterpipe that leads up to the balcony on the next floor. Watch out for patrolling guards as you go. Once you’re on the pipe climb up and follow the ledge to the right, you don’t actually need to go onto the balcony. Take the next waterpipe around the corner then climb through the window on the right. You’re now in Alex Carlisle’s private sanctum. 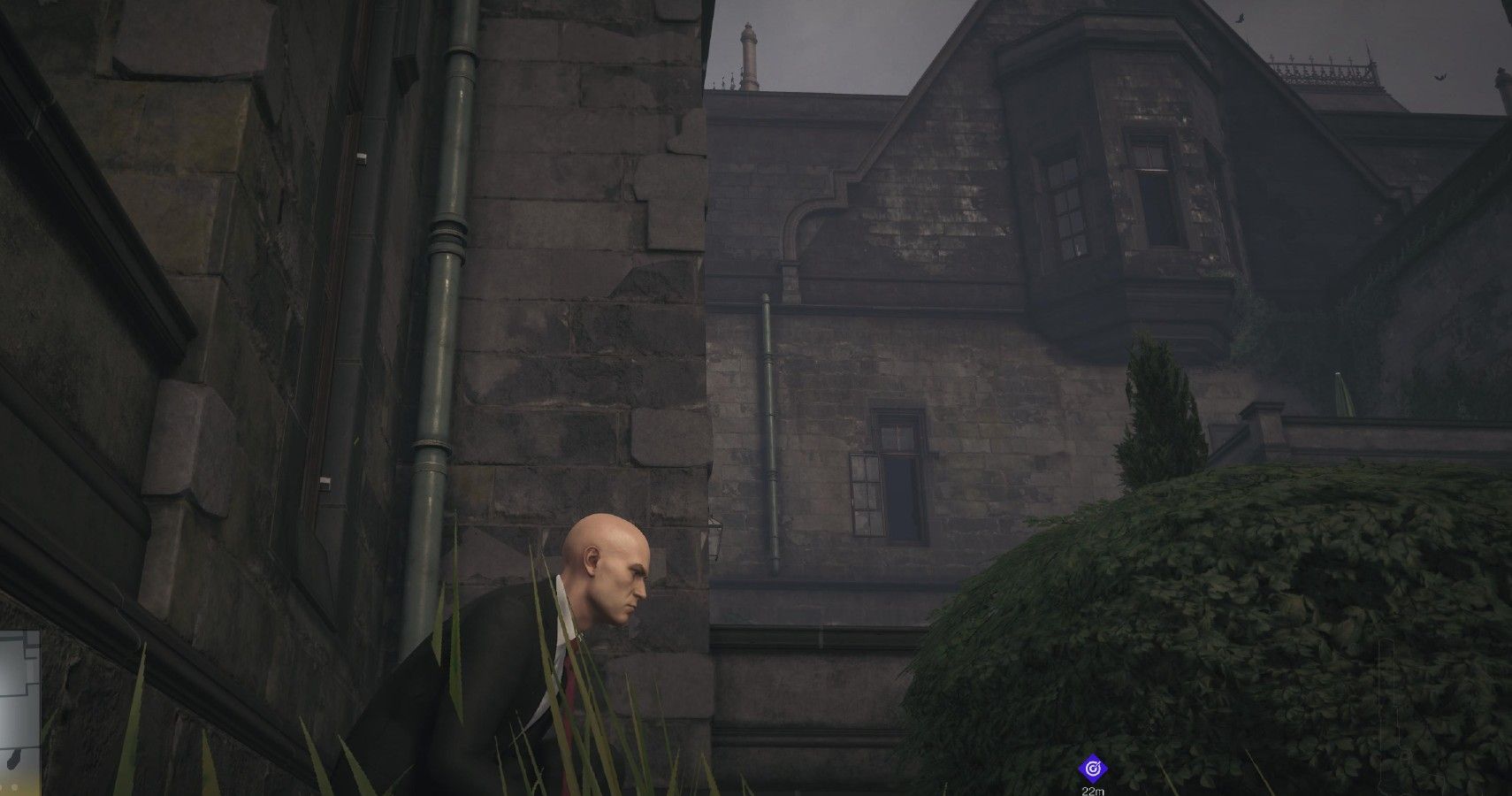 From here there are quite a few witnesses you have to remove. To start, take the first door to the right and incapacitate the maid. Nobody else enters this room so you’re fine to leave the body where it is, but grab the iron from here before you leave, you’ll need it for later. After that, return to the main corridor and take out the guard facing away from you, move his body and his gun to the room the maid is sleeping in. Next head into the bathroom and turn on the record player. This will attract the servant away from the bedroom so you can knock him out without anyone noticing. There is a wardrobe you can hide him in nearby, but no one will find the body as long as it isn’t right in front of the door. 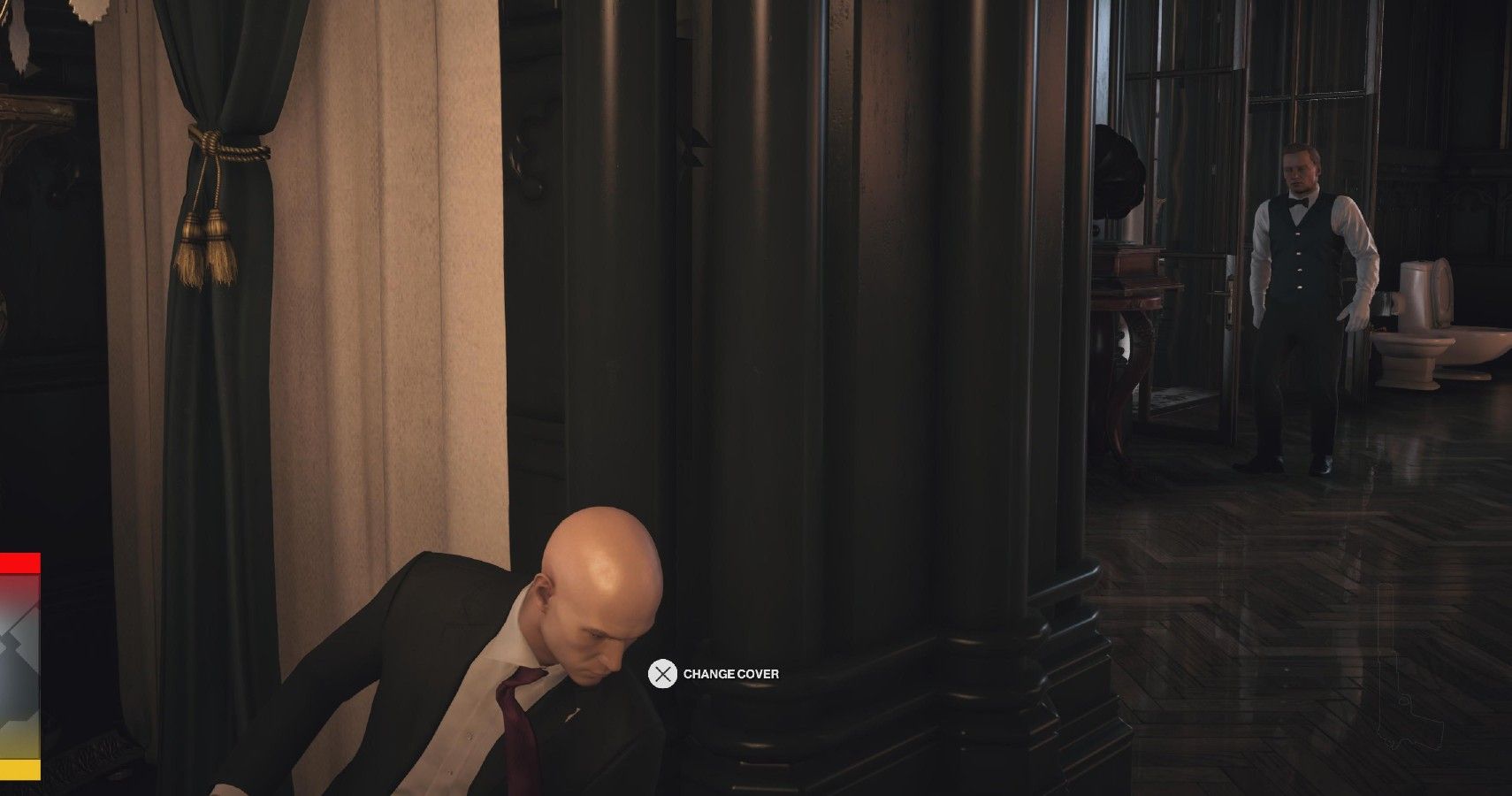 On the other side of the bedroom you’ll see a maid straightening the bed and dusting. Make sure she doesn’t spot you as sneak up on her, then subdue her like the rest. There is a wardrobe right next to her path to quickly dispose of the body.

Now, head back to the corridor and out of sight while you wait for Alexa and her bodyguard to enter the bedroom. Now might be a good time to save as this next bit can be a little fiddly on a first attempt. Make sure they are heading into the bedroom, not the office before you spring into action. Once you see them heading for the main doors to the bedroom, follow just behind the guard. They’ll begin to separate as they enter, and this is where you need to act fast. Wait for them to have a little distance between them before using your trusty iron to knock out the guard. From here you’ll have a couple of seconds to kill or incapacitate Alexa before she notices what’s going on. Depending on how you want to kill her, it might be easier to simply throw the iron at her as soon as the guard is down so you know they’ll be no witnesses. If she spots the body before being dealt with, you won’t unlock the challenge, so be careful. 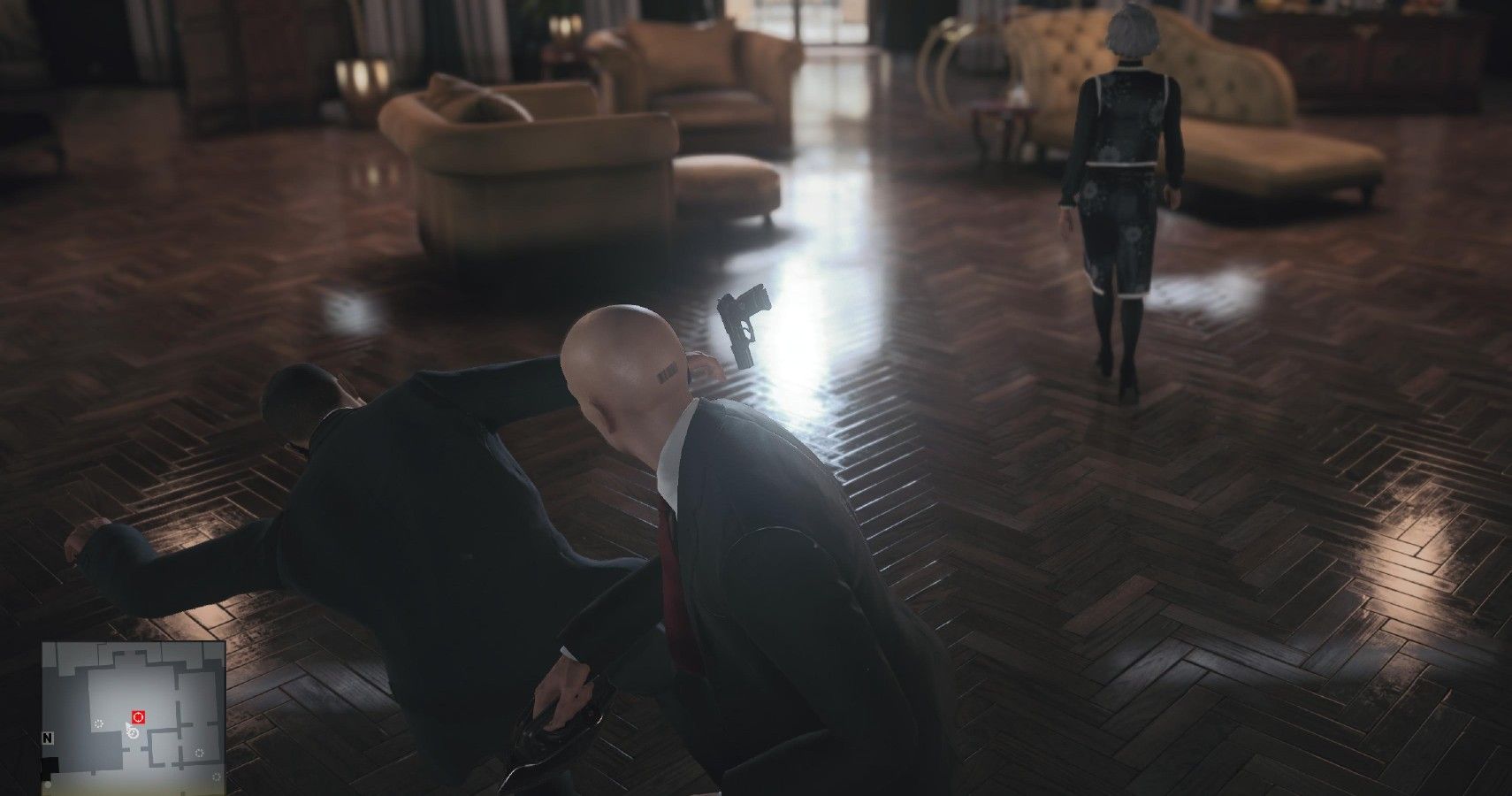 That’s all the objectives complete, and no one else comes into this room so you should only hide the bodies if you’re hoping to score a few more points. Use the window you entered through to leave, and head back down to ground level. Keep an eye out for some guard patrols that head around the house, but if you stick to the bushes you shouldn’t have any problem making it through the gardens and back to your motorbike to finish the level. If you followed these steps, the challenge should be complete on the debriefing screen. And with practice, you can complete this method in about ten minutes which applies a huge time bonus to your leaderboard score.

Next: Hitman 3: 10 Tips and Secrets for Death in the Family 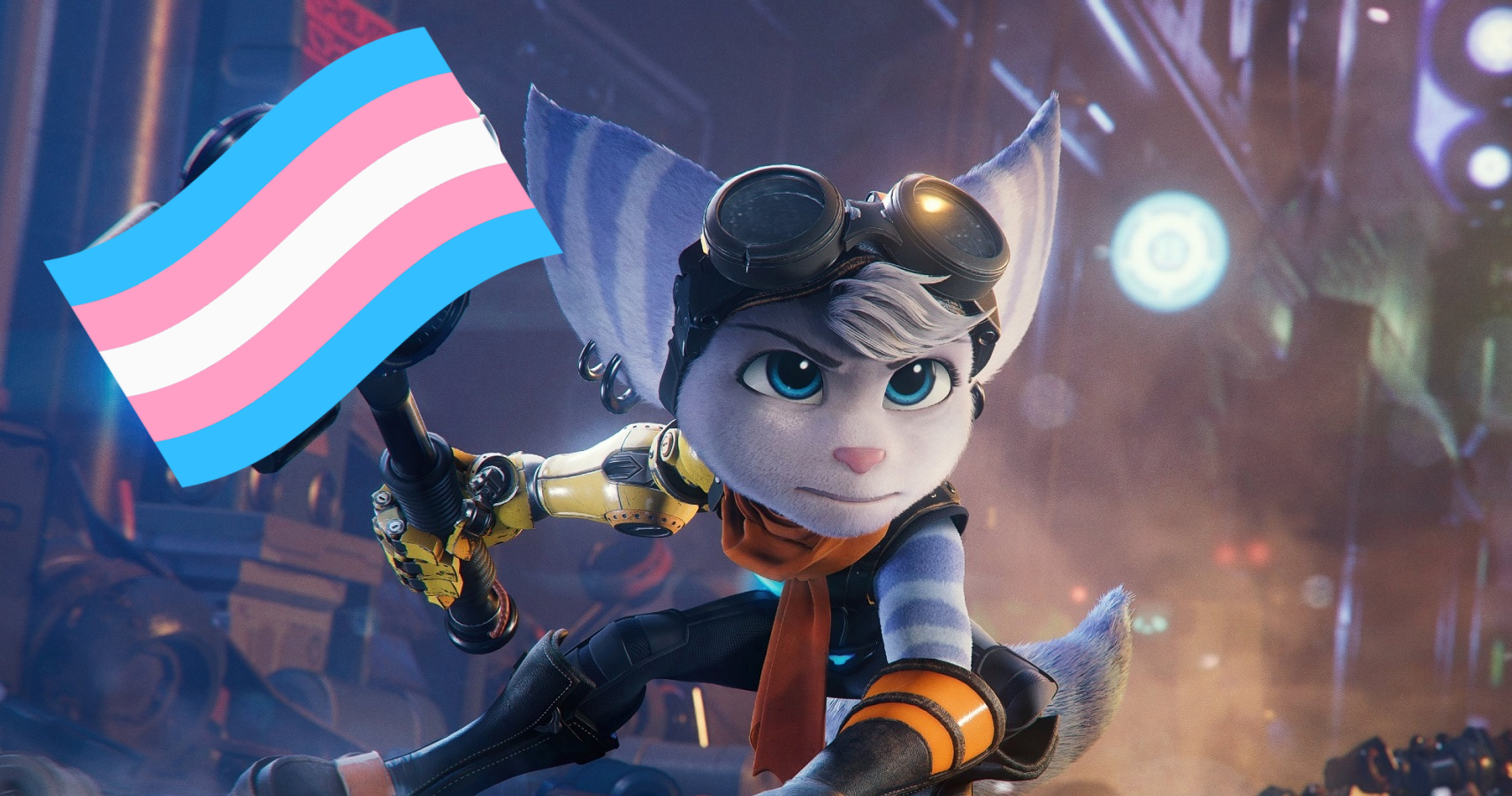 Nintendo Is Hosting An Indie World Showcase On Tomorrow 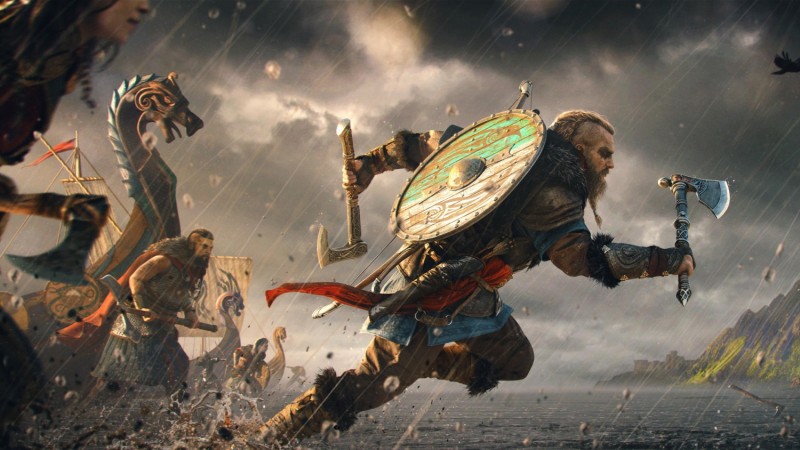 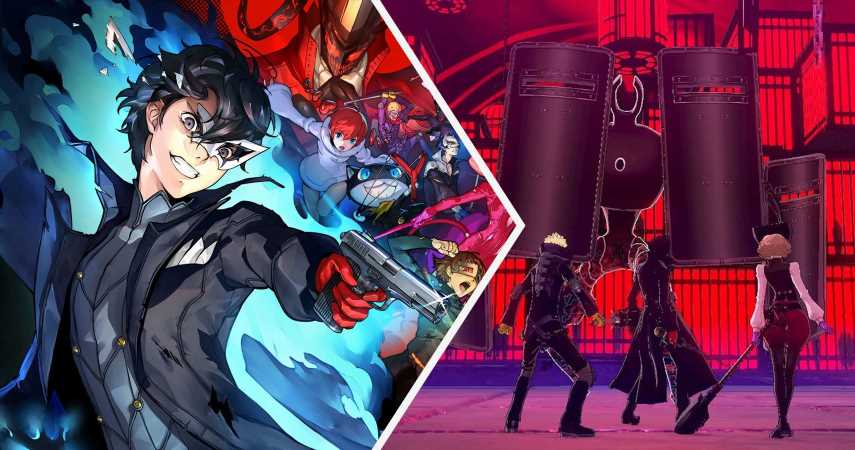