Dungeons & Dragons can be adapted into many different flavors of fantasy. Video games offer multiple versions of fantasy with their own flavors. Many gamers, especially those new to TTRPGs, often want both to be mixed into an engaging and immersive experience. Fallout is one of the best settings when it comes to immersion, so we’ll show you how to build a Fallout-themed adventure using fifth edition Dungeons & Dragons.

This is not a 100% Fallout-to-D&D conversion. The Fallout: Wasteland Warfare RPG sourcebook, the expansion book to the Fallout: Wasteland Warfare tabletop miniatures wargame, will give you that. Here you’ll find some of the most important elements to consider for recreating the Fallout feel in your D&D sessions. Specifically, we’ll cover Theme, Setting, and Creatures, and mark a few crucial items in each for a solid Fallout-in-D&D base adventure. 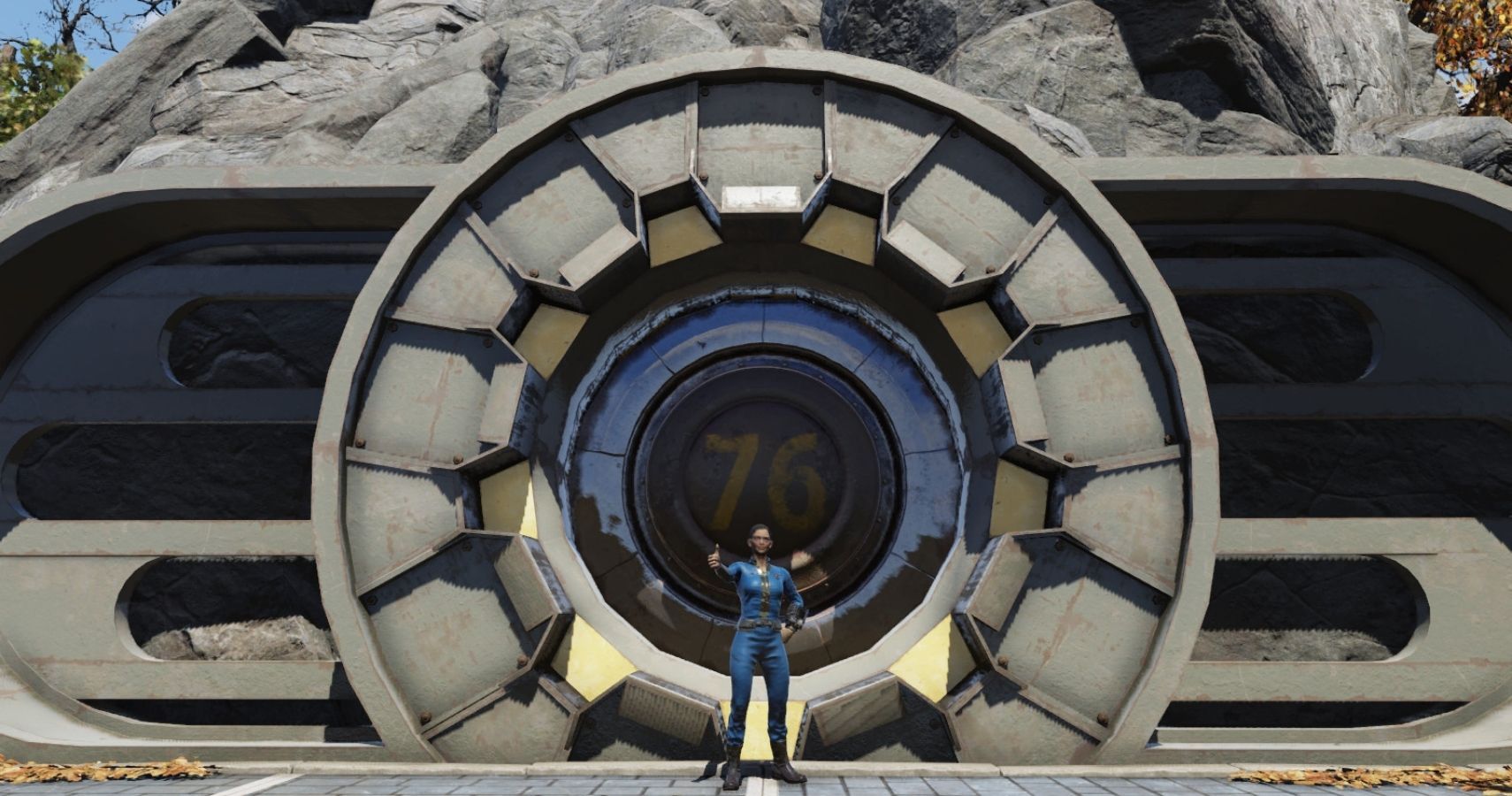 The Theme Of Fallout

Survival is the primary theme and focus a D&D game should embody to align with the Fallout style, supported by combat, exploration, and social interaction. Take the attention your players give to common dangers and compound them with daily Survival skill checks to find or create basic water, food, and shelter.

To give PCs a reason for survival, you first need to consider and create a world-shattering apocalyptic event (DMG p28 Cataclysmic Disaster). In Fallout, that event is the Great War, a nuclear war that nearly destroyed the entire world in two hours. Almost everything has been reduced to rubble and dust, and almost every living thing has been mutated by radiation into absolute abominations. Radiation has thoroughly saturated water and food supplies, and PCs won’t survive long without them.

Some officially established D&D realms have canonical apocalyptic events you could place your adventure after. In Forgotten Realms, there’s the Tearfall. In Dragonlance, there’s The Cataclysm. In Tal’Dorei, there’s The Calamity. The entire Dark Sun campaign setting is based strongly on survival. And you can always create your own apocalyptic event. The key is to make it so devastating that it affects every facet of post-apocalyptic life.

The setting is how your PCs will relate to and with the apocalypse you created. For the most authentic survival-based adventure, set the time frame no more than a few years (five or less) after the apocalypse. This allows you to implement severe catastrophic elements to support the survival theme, with destruction, disease, and anarchy being top priority. Near utter destruction of what used to be is a powerful factor in immersing your players in the story, especially if the characters had become well accustomed to a daily life amongst what once was. 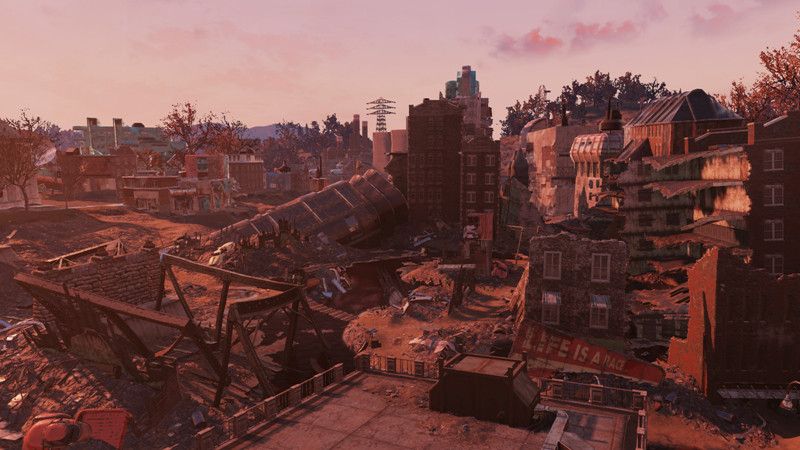 As a rule of thumb, reduce pre-apocalypse civilization by about 70%. All the things PCs were used to now have new value, including money, weapons, equipment, and the people and places they hold dear. With 70% of a town’s weapons and equipment supply destroyed, and no infrastructure in place to produce more, the items they have are the items they have. Apply the same 70% rule beyond civilized locations, and make natural resources highly contaminated. They are now the primary vectors for disease, and if mutated, not only become passively dangerous, but may also be very sentient threats to survival.

Anarchy now rules whatever remains of society. The only laws that exist are those of personal character alignment. And in such a severe survival environment, even those may fail. Anarchy adds yet another factor for the PCs to consider: Who, if anyone, can be trusted?

The Monsters Of Fallout D&D

One prime Fallout trademark is the numerous freaky irradiated and mutated monsters roaming the wastelands. Many original Fallout creatures have a close counterpart in D&D, but here are a few close enough matches in the D&D categories of Beast, Humanoid, and Monstrosity.

Two common Fallout beasts are brahmin and radstags. Brahmin are the two-headed mutations once known as cows, and radstags are two-headed deer. Brahmin are non-hostile unless attacked, and radstags are mostly the same, depending on their level and severity of mutation. The Monster Manual has the deer stat block, and Volo’s Guide to Monsters has the cow stat block. Just give them two-heads and two corresponding attack actions and you’re good to go.

Humanoids in Fallout consist mostly of human Raiders, lawless bandits who survive via looting and pillaging. Substitute Raiders for any of the NPCs in Appendix B: Nonplayer Characters in the Monster Manual and Volo’s Guide to Monsters. 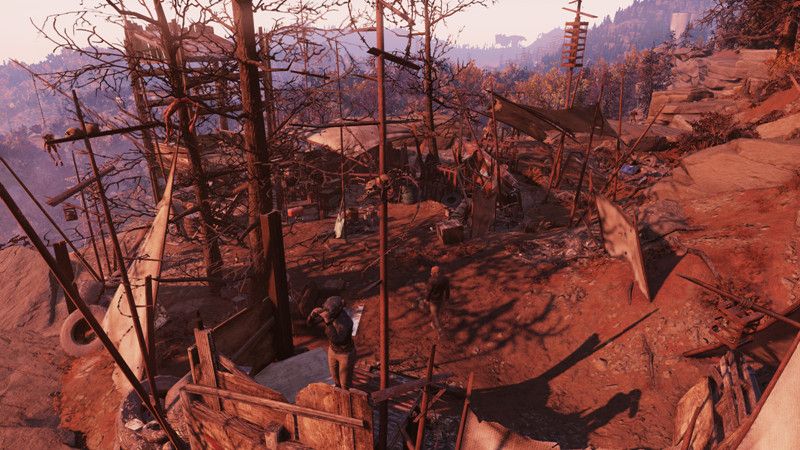 Ghouls play a significant part in Fallout, but they are not the same as ghouls in D&D. Fallout ghouls are humans who have been physically mutated by radiation, yet still live, and retain much or all of their humanity. However, Feral Ghouls have had radiation wipe away all of their humanity without killing them, turning them into mindless agents of terror. Replace feral ghouls with all five types of Sorrowsworn (Mordenkainen’s Tome of Foes p231), an excellent fit for a post-apocalyptic wasteland adventure.

Monstrosities make up a large portion of hostile Fallout creatures, and thankfully have easy D&D counterparts. Basically, any creature in Appendix A of the Monster Manual with the ‘Giant’ identifier in its name is an excellent candidate, with specific interest given to giant insects (ants, roaches, ticks, flies, etc.) and rodents (especially rats). Make them highly aggressive, and give them a necrotic damage-over-time attack, or an increased chance to transmit disease, to further convey their mutation. 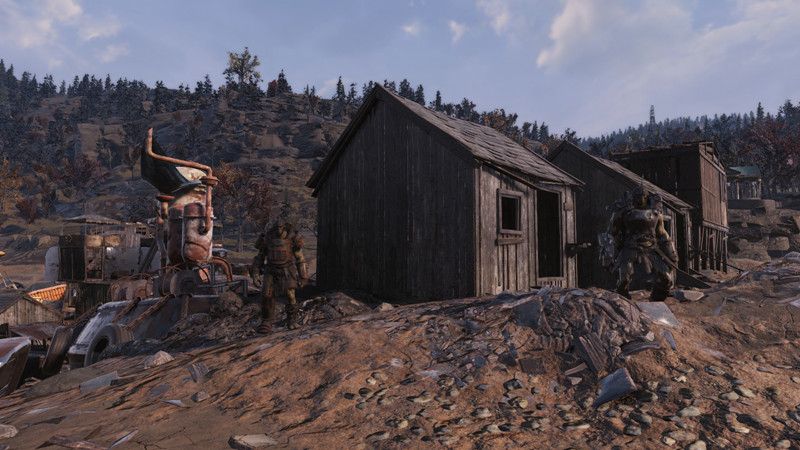 For iconic Fallout creatures, use these D&D creatures. Again, consider adding necrotic damage and disease risk to their attacks as applicable.

There are many other aspects and creatures that could be covered here, such as flora, Constructs, crafting, healing, and more. But hopefully, there’s enough here to spark your imagination to get you started on designing your own Fallout-style Dungeons & Dragons adventure.

VRFocus’ Most Anticipated VR Games Still to Come In 2020