Dead By Daylight's collaboration with PUBG: Battlegrounds is an interesting one, considering that the latter isn't a horror franchise. This also marks the first time DBD has ever banded together with a non-horror game. To celebrate this, there are a ton of rewards for the players who are interested in these games.

While the rewards are enticing, the things you need to do to get your hands on them are quite tricky. You'll also have to do some pre-requisite tutorials on PUBG if you haven't played it in a long time, which can be frustrating because of the amount of time it takes.

How To Complete PUBG Training Quickly 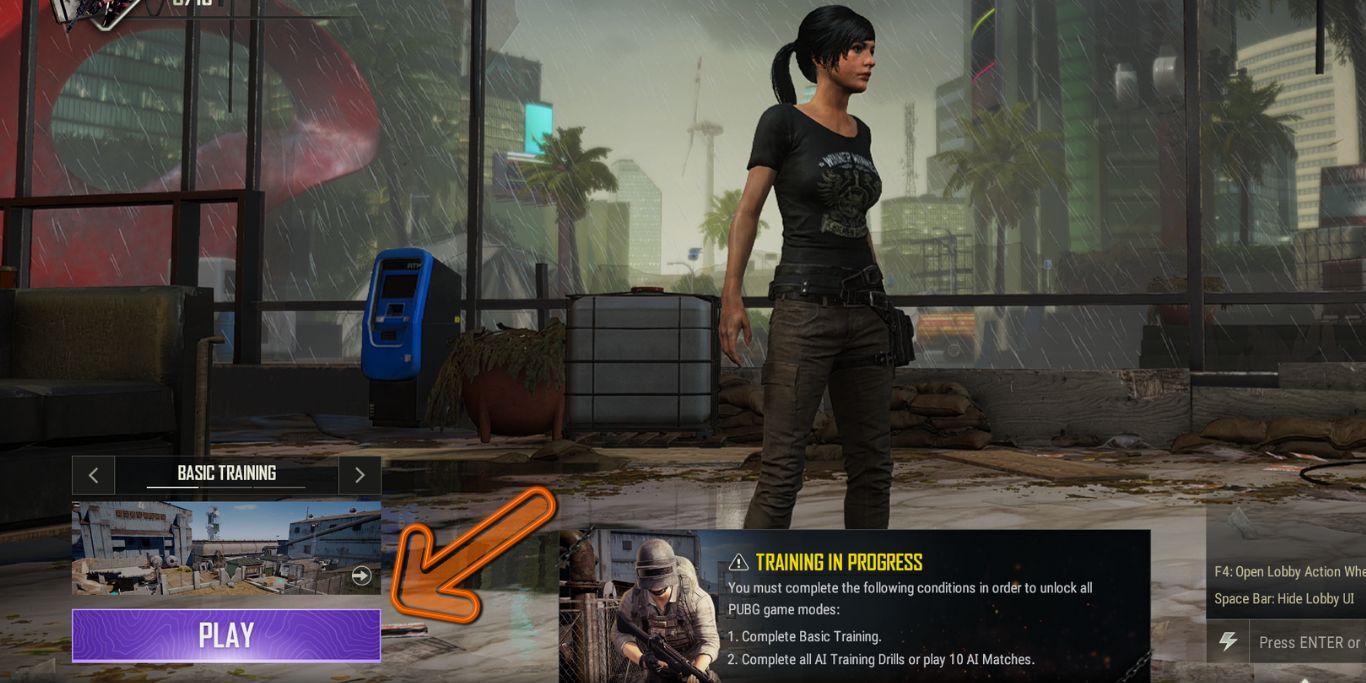 In this collab, things are quite easy on Dead By Daylight's side, but most of the things you need to do are in PUBG itself. The first step is to head over to steam and search for PUBG: Battlegrounds in its store. The game is free, and you'll have to download it which can take a lot of time since it's huge. 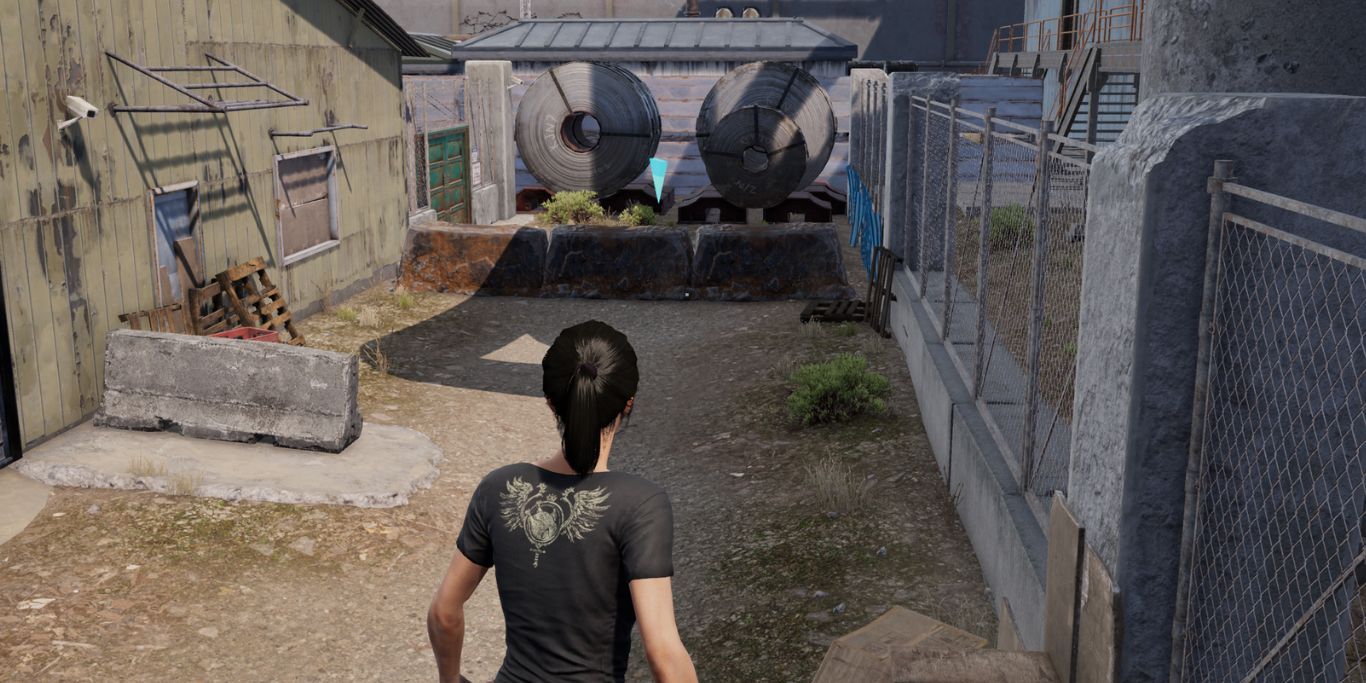 Once your game is ready, open it up and you'll see Basic Training written on the bottom-left of your screen when you're in the main menu. Click on the Play button below it because it's necessary to finish this training before you can work on unlocking the rewards. Here's everything you'll need to do in this session: 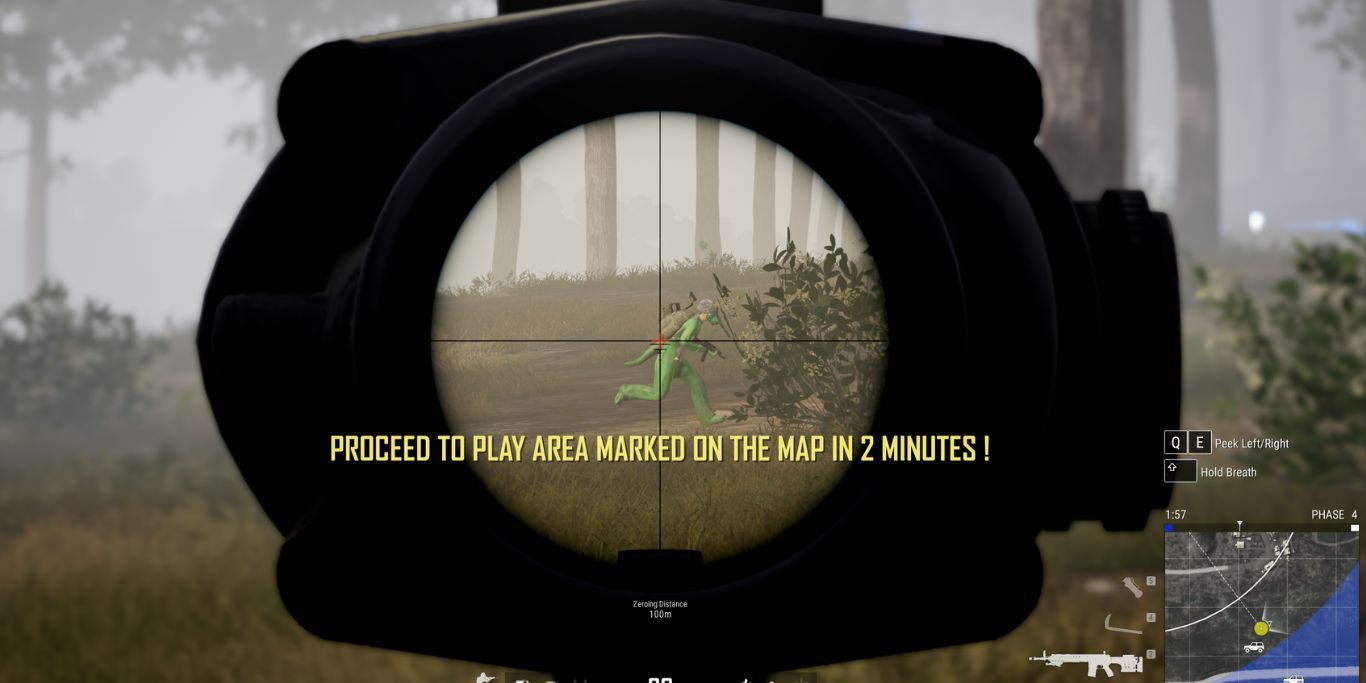 Once the basic training is done, you'll be greeted by the frustrating part of this collaboration. When you head back to the menu, you'll see that you need to play ten matches against AI because the developers thought that it's necessary to do that before someone can start playing normal games.

It'll take you hours if you try to play these games, but there's a trick that can help you skip 90 percent of it. If you win your first match against the AI, the game thinks that you're good enough for public games, and doesn't ask you to play the rest.

Thankfully, the AI in this game is easy to fight against, and you'll have to try hard if you want to lose a battle against them. They'll reveal their location to you and give you plenty of time to kill them.

If you're new to PUBG or FPS games in general, here are a few tricks you can use to win the first game:

How To Get The Collaboration Rewards 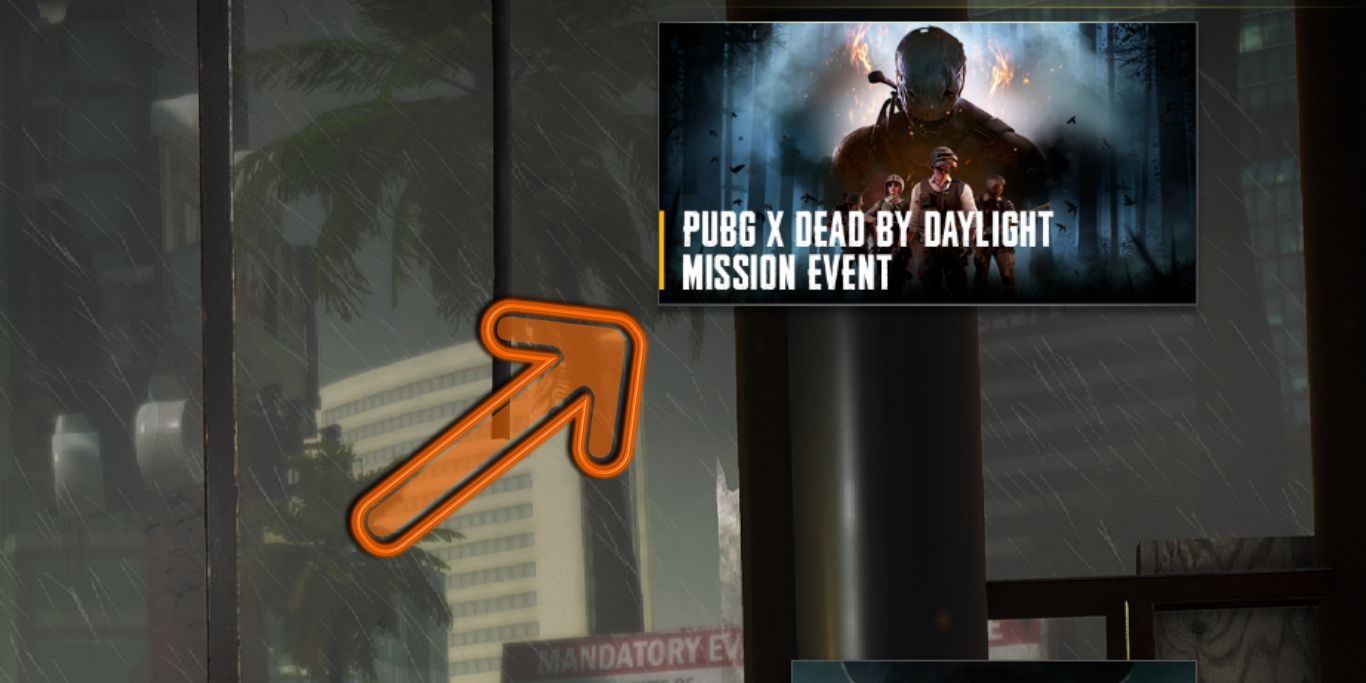 After finishing the training by following the procedure above, you can start working on your reward quests. The first thing you need to do is click on the PUBG X Dead By Daylight Mission Event dialog box which will be visible at the top-right of your screen in the main menu. 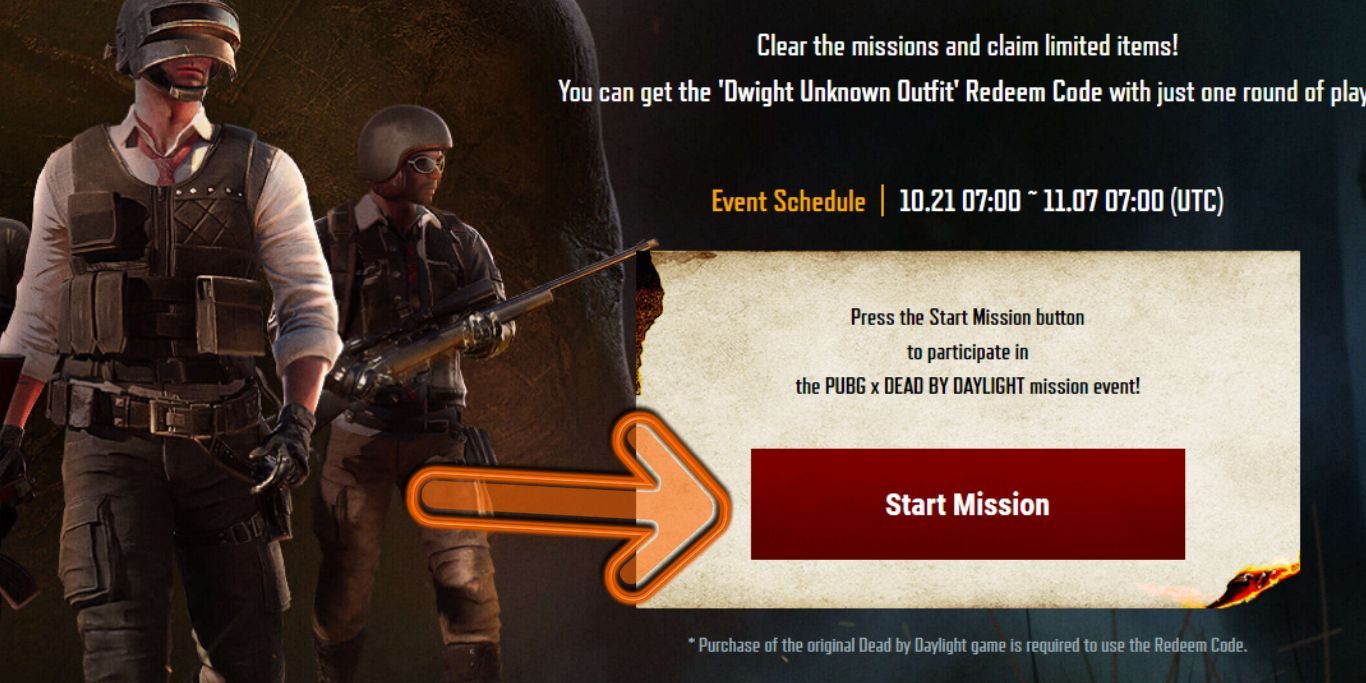 This will take you to an external page that's made specifically for this event. Once you've dealt with the cookie popup, you'll see a giant red button that says "Start Mission". You need to press on this before doing anything else because you won't get the progress for rewards otherwise. 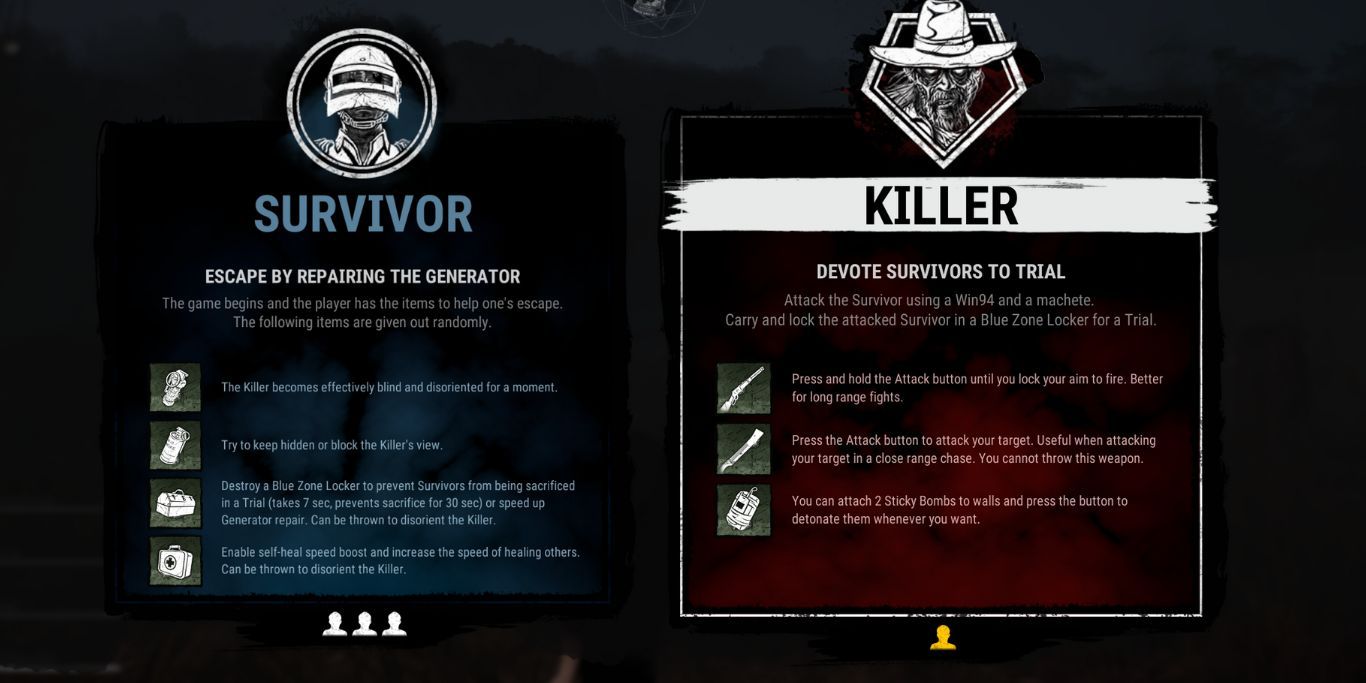 After doing that, head back into the game and select the game mode in the middle right of your screen. Invite the friends you want to play with and click on the Start button. This will queue you into a game that works slightly differently than an actual Dead By Daylight game.

In PUBG's version of Dead By Daylight, you'll select the role you want to play after you get into the game with three other people (a total of four people instead of five). For most of the rewards, the outcome of the game doesn't matter, and the rules to select your role are: 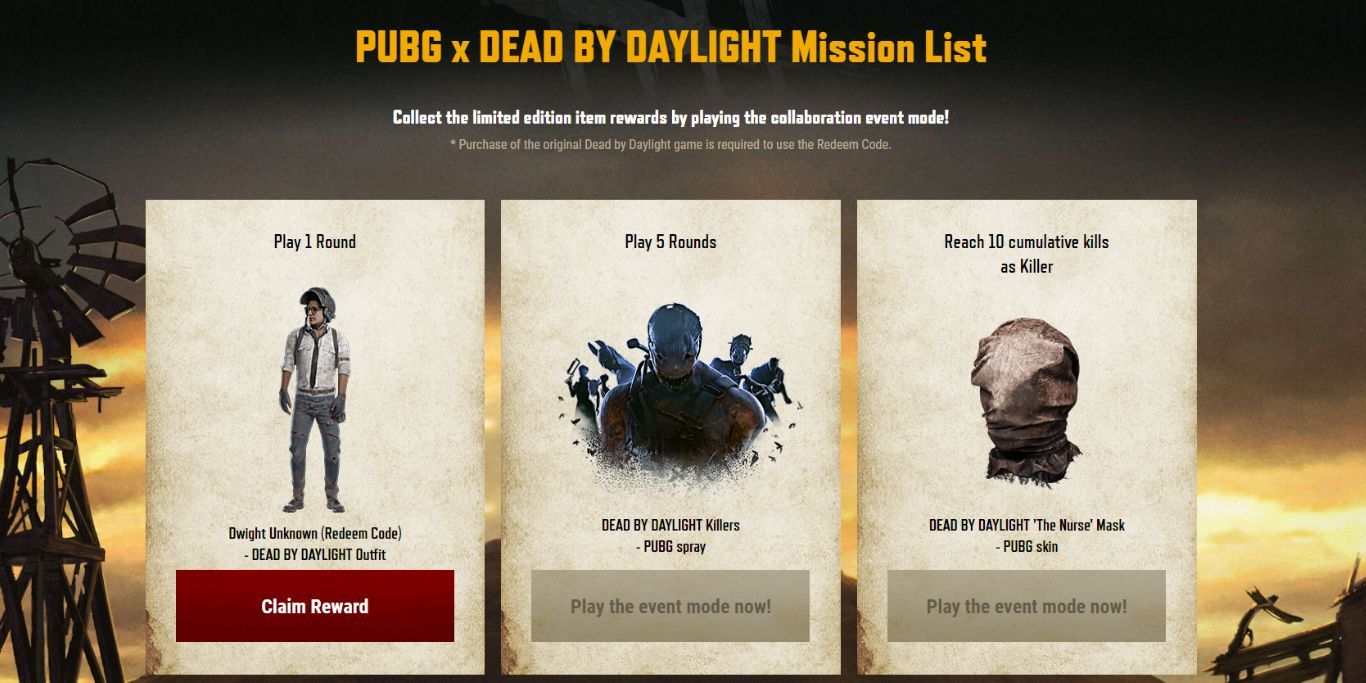 You need to play five rounds and get a total of ten kills while playing Killer to get all the rewards shown above. The nurse mask is the only reward where the outcome of your games matters, and you'll have a hard time getting to play Killer in this mode anyway.

There is a bug where your first game doesn't count for the progress of these rewards. This means that you might have to play a total of six games.

If you want to win as Survivor or Killer in this mode, and you've never played Dead By Daylight, here are a few basic tips:

How To Redeem Cosmetic And Charm In Dead By Daylight 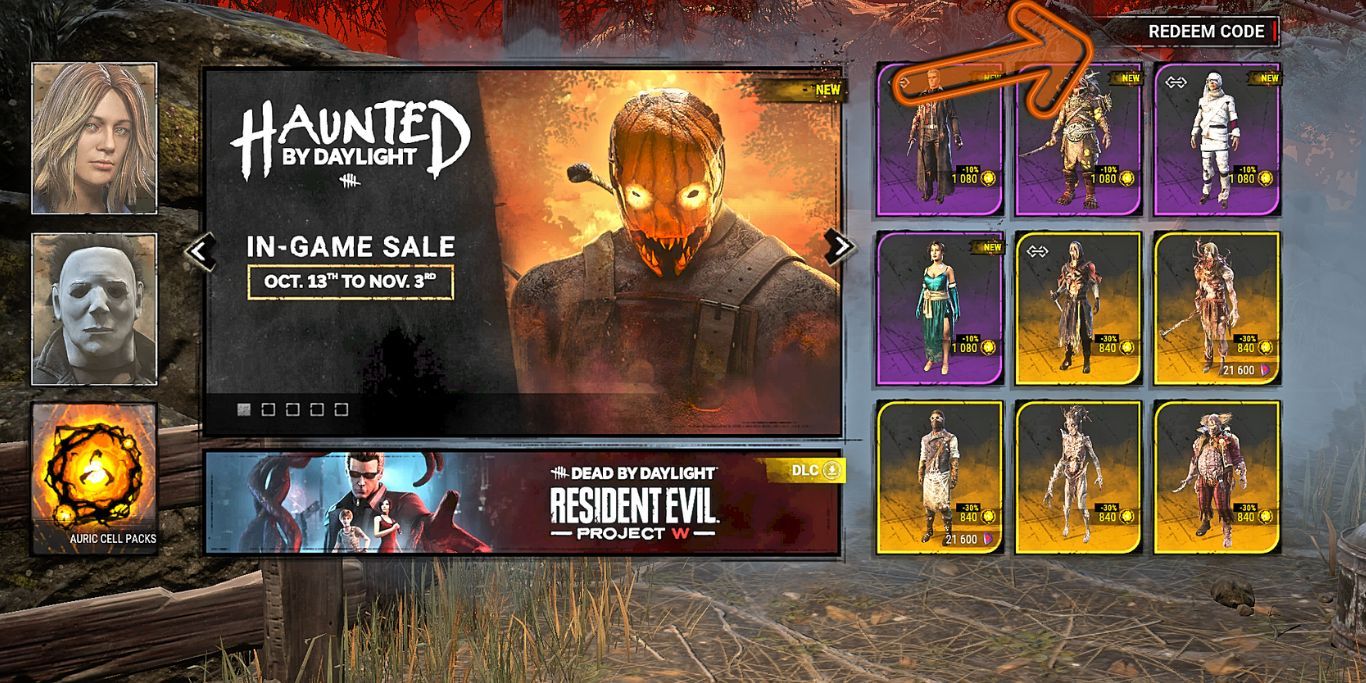 Once you've acquired the Dwight cosmetic after playing one game of the DBD game mode in PUBG, you'll be able to claim that cosmetic in Dead By Daylight. To do this, head back over to the webpage of the collaboration through PUBG's main menu, and scroll down until you see the rewards.

If you've fulfilled the requirement, there will be an option saying "Claim Reward" at the bottom of the Dwight cosmetic card. Click on it and copy the code at the top of the new dialog box.

Now you can close PUBG and open Dead By Daylight. Head over to the in-game store from the main menu to find the Redeem Code option at the top-right of your screen. You can only see it when you're in the featured tab of the store.

Waiting For The Raven Espionage Game Flies Out Of Early Access