Home » News » How to Join Every Faction in Fallout New Vegas

The Mojave is home to many unsavory groups. Some seem good at first glance, but there are cracks beneath every surface. The many factions of the Wasteland are split into two groups. Minor factions are those of which you can become an honorary member, like the Kings. Major factions are those that allow you to become an official member, like the NCR or the Legion. You are in control of your character though, so you decide which to join.

The four major factions are those that are fighting for control of Hoover Dam and the Mojave. The one you join will influence the fate of the Wasteland directly. Before choosing a faction, make sure that you collect all the snow globes in New Vegas, as you may not be able to access every location after.

How to Join the NCR 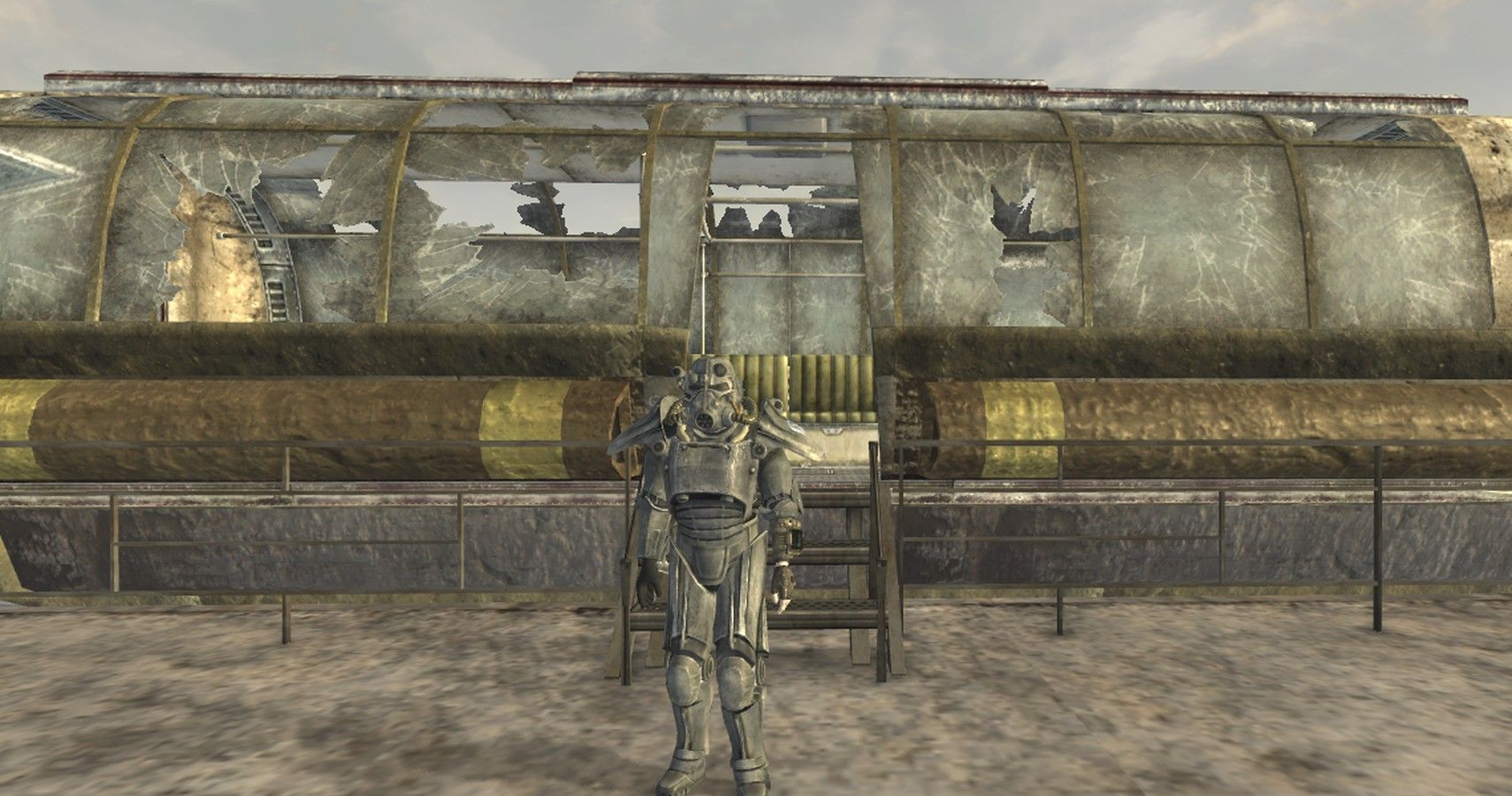 You can begin building your fame with the NCR very early. When you first leave Goodsprings, follow the main quest to Primm. Here, you can assist the NCR and the locals against the Powder Gangers that have taken over the town.

Continue with the main quest Ring a Ding Ding until you have visited Mr. House in the Lucky 38. When you leave, you will be approached by an NCR soldier. They will ask you to meet Ambassador Crocker. If you do so, you will be given another quest, which will send you to Nellis Air Force Base to convince the Boomers to help the NCR.

Go to the Boomers and help with various tasks to gain their trust. After they agree to help you, return to the NCR Ambassador and he will initiate further quests. These will involve either convincing some smaller groups to help the NCR or abolishing them to ensure they don’t get in the way. These groups include the Brotherhood of Steel, Mr. House, the Great Khans, and the Omertas (who run one of the casinos on the Strip).

Once you have completed these quests, you will have helped or hindered the NCR’s efforts. If you help them by completing the tasks they require, you will join the NCR and side with them during the Battle of Hoover Dam.

How to Join the Legion 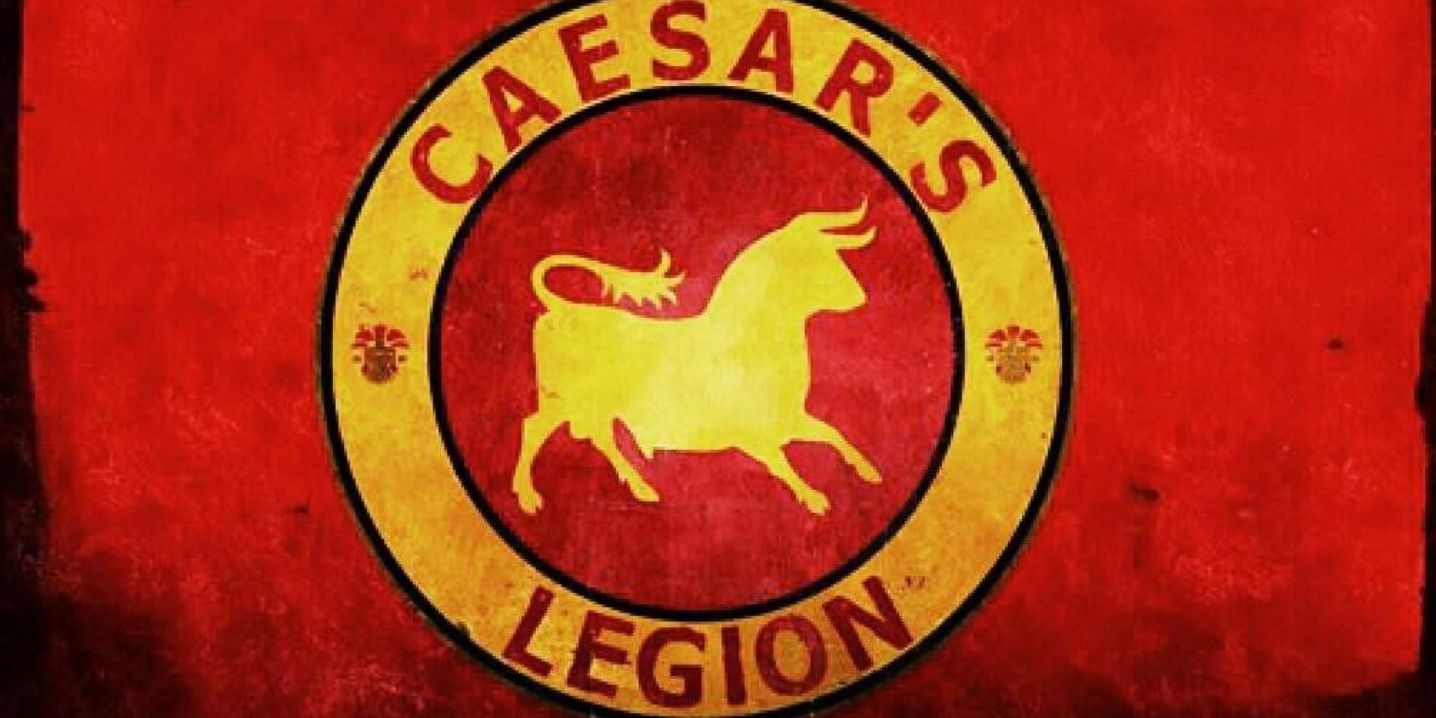 The Legion’s storyline begins in a similar fashion. Leave the Lucky 38 and a Legion Messenger will approach you. They will ask you to meet with Caesar, the leader of the Legion, at the Fort.

To reach the Fort, you must travel down to Cottonwood Cove, which is one of the most southern points on the map. On your way, you will pass through the Legion encampment at Nelson, which is a location you may have already found on your quest to kill Benny. If you decided to take a shortcut to kill Benny quickly, you may have skipped this area entirely.

When you reach Cottonwood Cove, approach the Barge and sail downriver to the Fort, where Caesar will be waiting for you.

When you arrive at the Fort, continue through the various encampments and go to Caesar’s tent. He will ask you to assist the Legion by entering Mr. House’s bunker at the bottom of the Fort’s encampment.

Complete this task and then go on to help the Legion by killing Mr. House. Once you have completed this, you will be well on the path to helping the Legion take over the Mojave, and you will be accepted into their ranks.

Before you join them, look at these ten facts you won’t know about the Legion. It could reveal something that sends you running to the NCR instead.

How to Join Mr. House 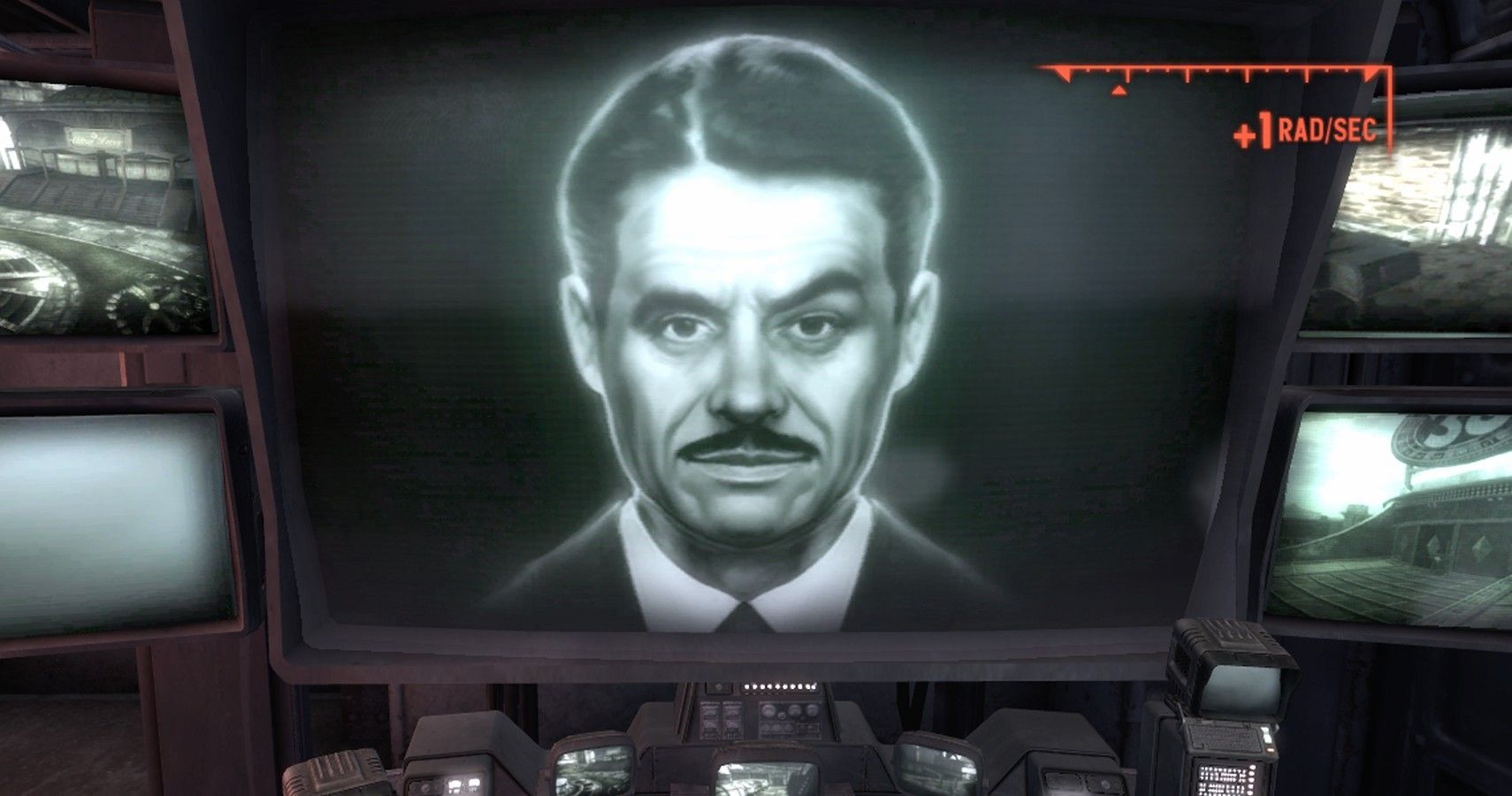 Mr. House will also request a meeting with you after killing Benny, just like the NCR and the Legion. He needs the Platinum Chip that you receive to upgrade his Securitrons, making them even more powerful killing machines.

After the bots have been upgraded, you need to go to the Legion’s Fort and upgrade some more that Mr. House has hidden there.

Continue helping Mr. House to create the Free Economic Zone of New Vegas. You will be given the Presidential Suite in the Lucky 38 and have the assistance of Securitrons and Protectrons when you assault Hoover Dam in the game’s finale.

How to Join Yes Man 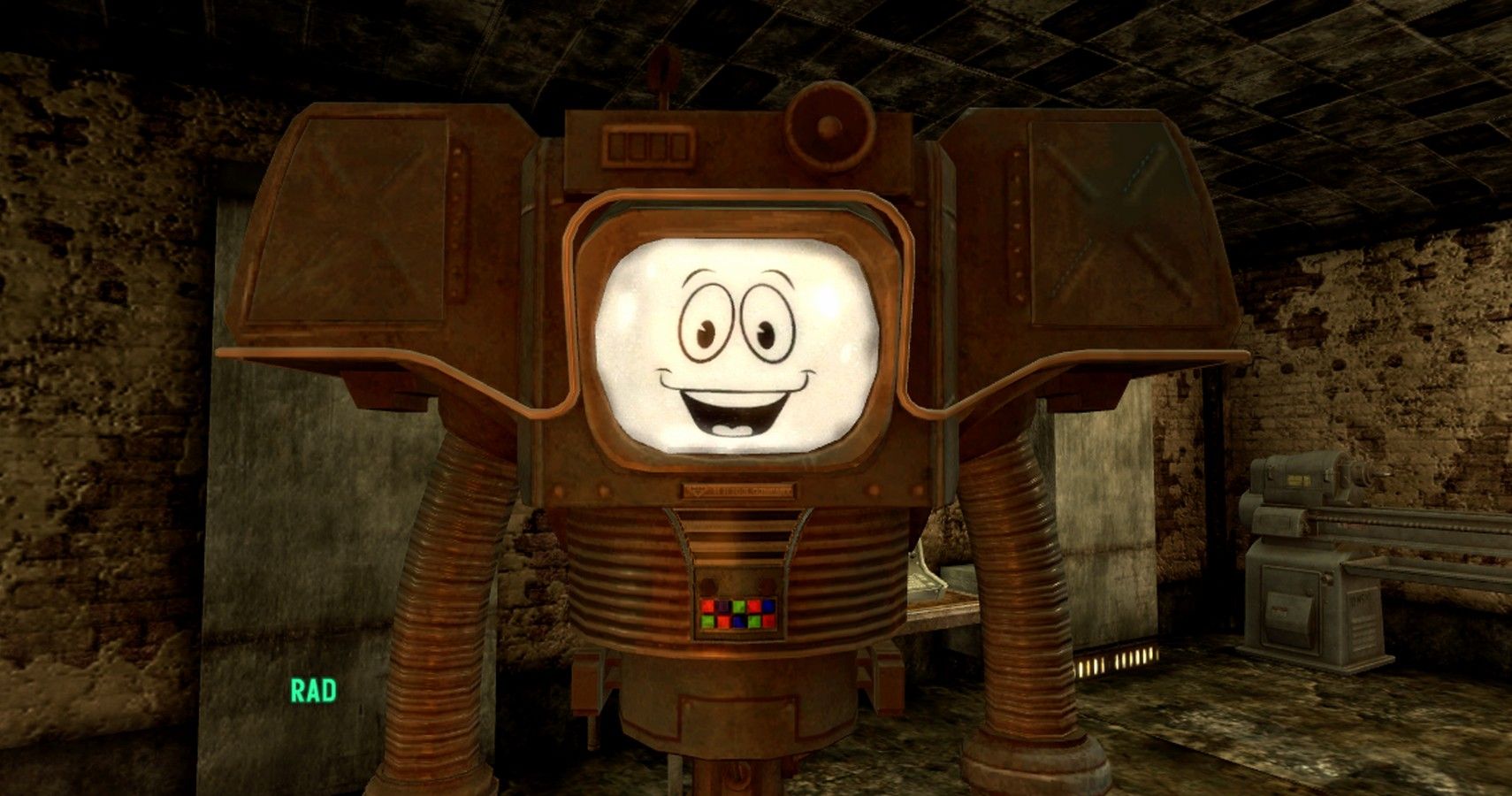 When you visit the Tops to kill Benny, a quest begins prompting you to look around the casino. If you explore Benny’s room, you will find another important member of the ongoing conflict embroiling New Vegas. Yes Man wants to create an independent New Vegas, free of control from any of the other parties mentioned before.

His storyline will involve many of the same steps as other factions, such as killing Mr. House and activating the Securitrons at Fortification Hill. To join Yes Man and help create an Independent New Vegas, all you must do is find him and assist with these objectives.

The minor factions of New Vegas are important groups, but they are not necessarily vying for control of the Mojave. They can assist you in the final battle at Hoover Dam if you befriend them. Likewise, there are ways that the Courier can become engrained in their establishments and join their ranks.

How to Join the Boomers 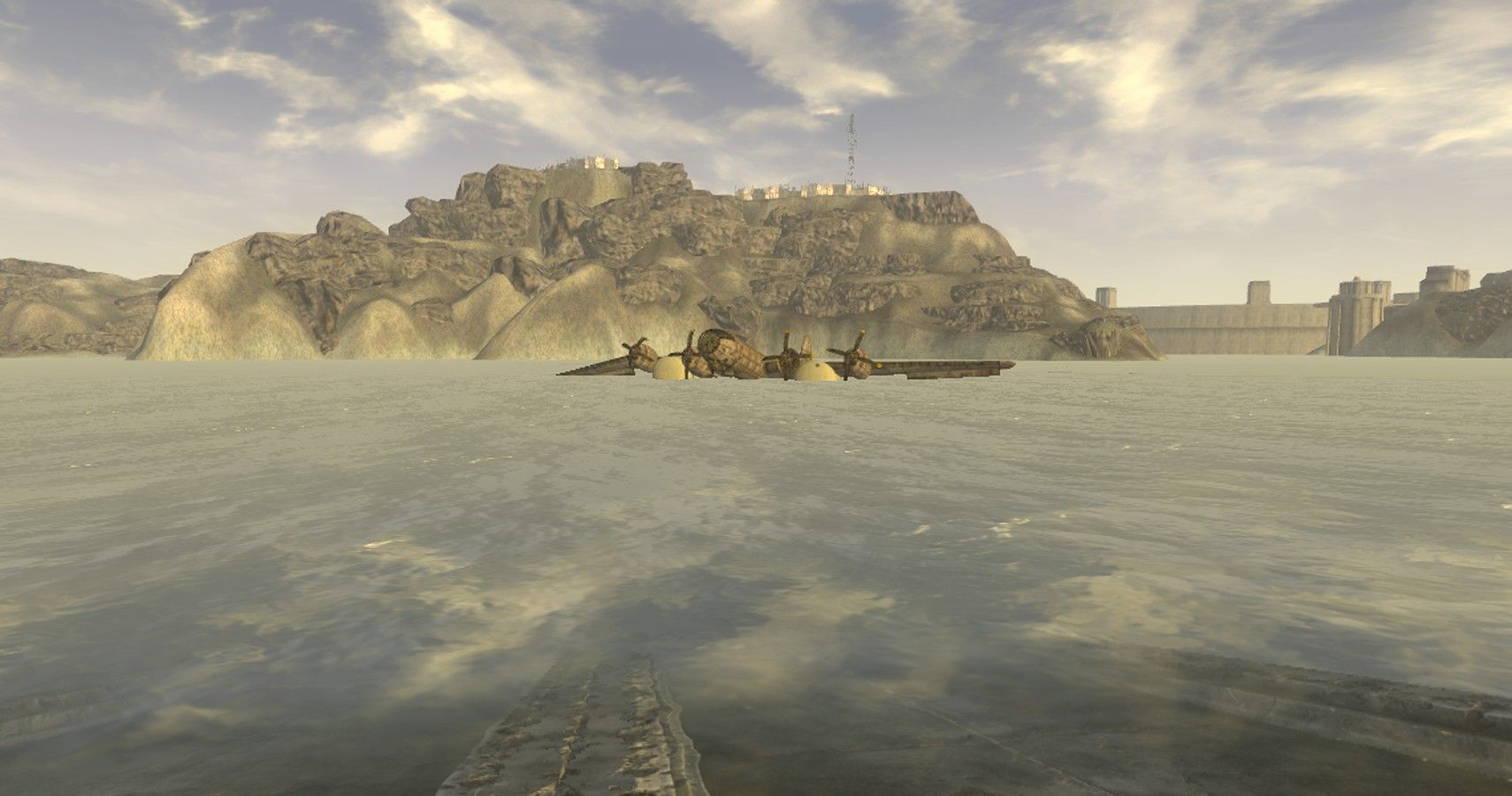 Go to Nellis Air Force Base and help the Boomers with various tasks to gain their allegiance and become accepted in the community. These tasks will include clearing some ants from a nearby generator, tracking down a lost love, and collecting parts to repair their solar arrays. You can complete most of them by simply walking around the Air Strip, but a couple of objectives require you to travel further. Specifically, Jack’s lost love is found at the Crimson Caravan Trading Company, whilst Loyal’s parts are found at the NCR encampment in Helios One.

Eventually, you will be asked to raise the crashed bomber from the lake. Do this by using the Ballasts, provided by Loyal, to make it float to the top of the lake. Once it is raised, the Boomers will begin disassembling the Bomber.

As the Bomber is raised, the Boomers will now accept you as part of the community. This allows you to choose their allegiance in the final battle at Hoover Dam.

How to Join the Followers of the Apocalypse 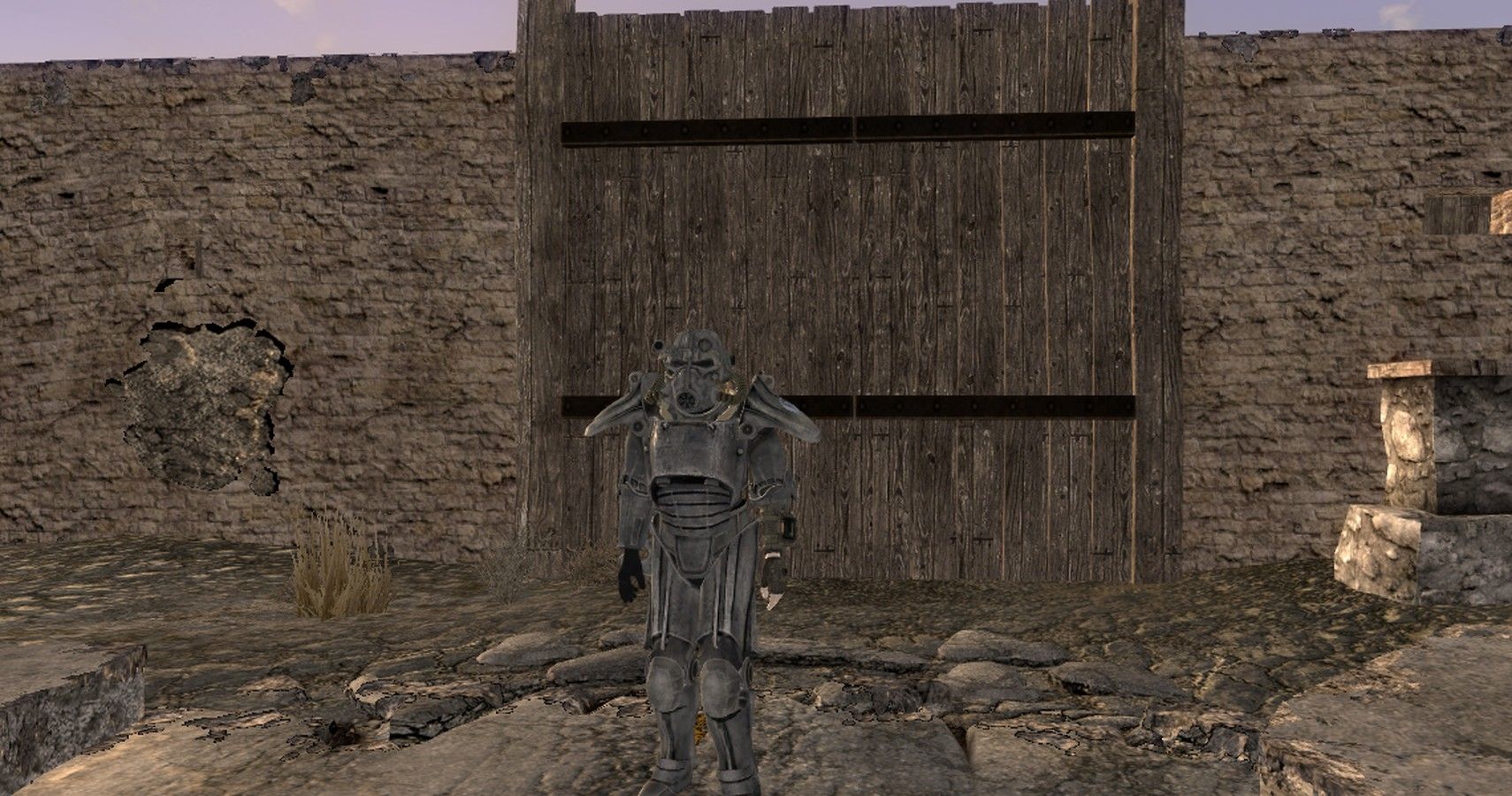 The Followers of the Apocalypse are situated at the Old Mormon Fort in Freeside. There are many tasks that you can do to help the community, but the key to joining them is fixing their medicine supply problem. Julie Farkas will ask the Courier to solve this issue whilst also donating any chems they can spare in the meantime.

To solve the supply problem, you must meet James Garret, the co-owner of the Atomic Wrangler. Ask him to produce supplies for the Followers and continue to liaise between the two groups until a deal has been struck.

You must also donate some chems yourself before Julie will ask you to join. You must donate 10 packs of Radaway, Fixer, and Med-X, so you’ll need to collect plenty of each.

Eventually, Julie will comment that they are now mass-producing the given item but accept it anyway. Once she has said this for all three, you can ask to join the Followers. Julie will give you the Follower’s Lab Coat and the key to the Followers Safehouse as a reward for joining.

How to Join the Kings 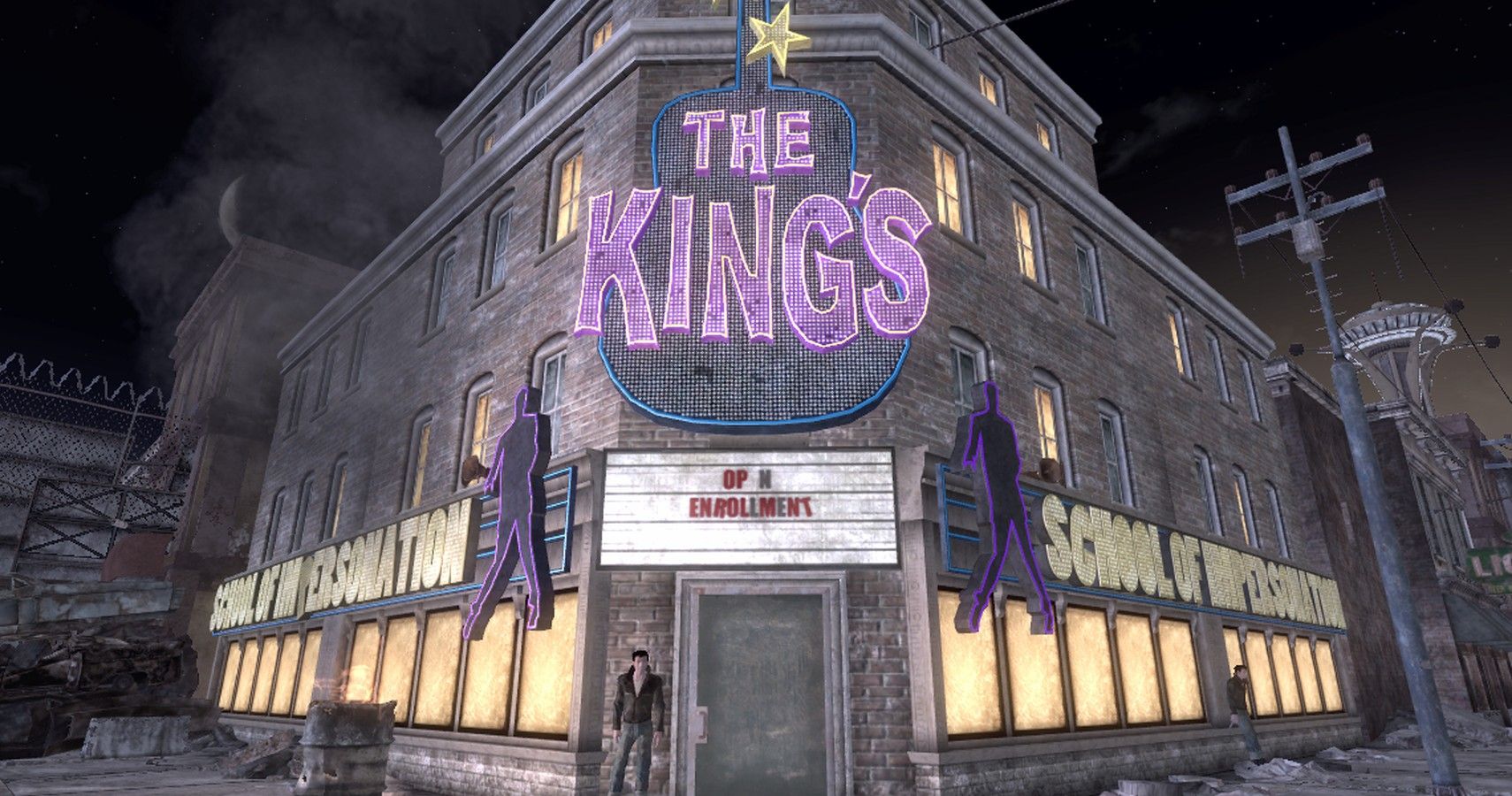 To join the Kings, go to the School of Impersonation in Freeside. Once you arrive, head left and enter the stage area to meet the King, who leads the group.

Help the Kings with the quest G.I. Blues. This involves investigating two leads from the King.

Firstly, you must investigate a Freeside bodyguard called Orris. Hire and follow him until he begins shooting at Thugs. Investigate the bodies to discover they are pretending to be dead. Bring this information to the King, who will then ask you to investigate the tensions between the NCR and Freeside locals.

You can solve the tensions in Freeside by discovering that the NCR envoy was beaten up before meeting with the King. This will shock the King, but then allow you to arrange another truce, resolving the issues between the two groups. To discover this information, find the Soup Kitchen near the railway area of Freeside.

Once you have completed the quest, the King will offer you one favor. Most players doing this quest will ask for a Passport to the Strip, but if you want to join the Kings, you will need to find another way in. Instead, use your favor to ask to join them. You will be given an outfit and the option to have a King haircut whenever you want.

How to Join the Brotherhood of Steel 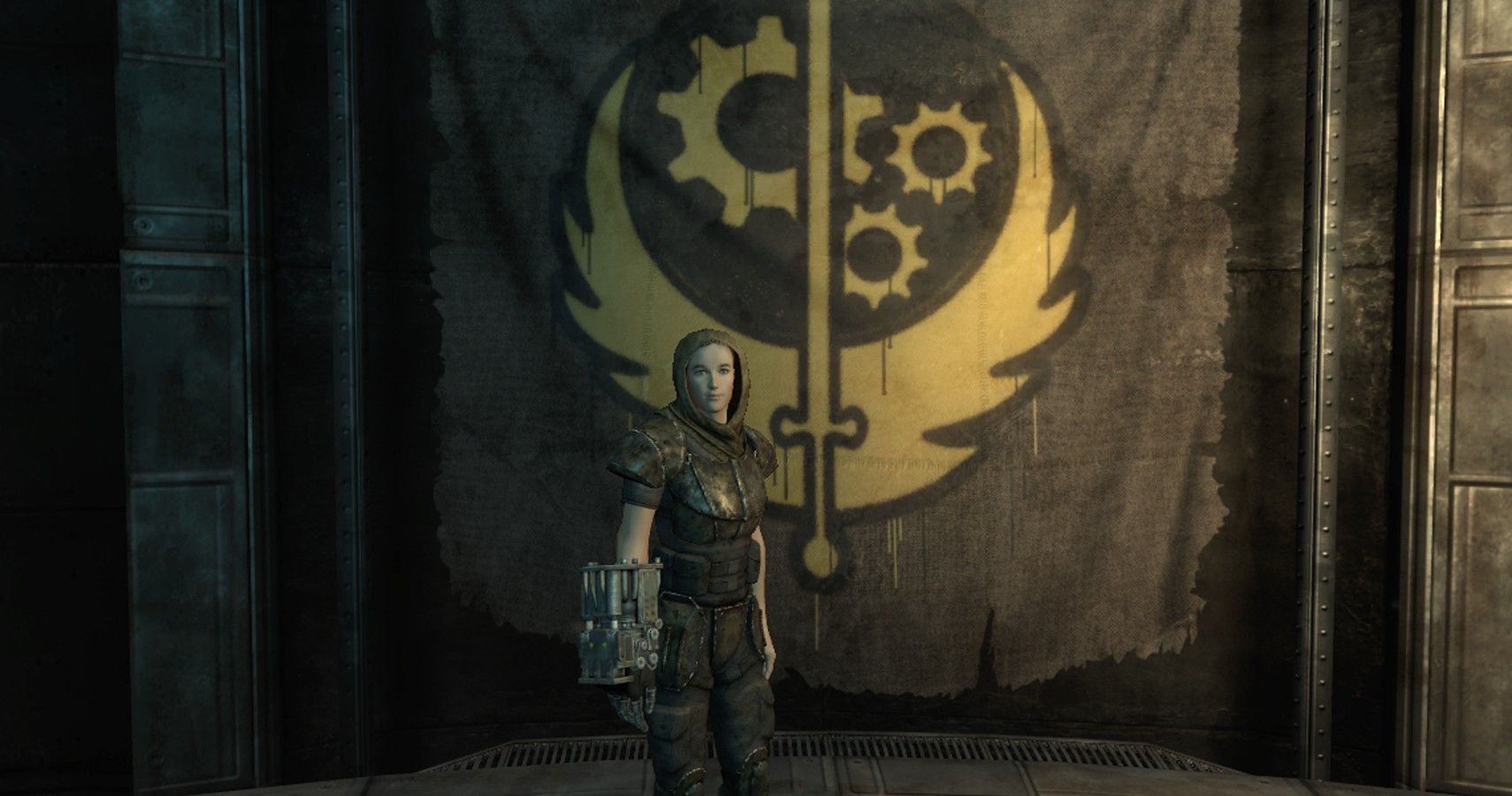 Go to the Bunker in the Hidden Valley. Here, you can meet the Brotherhood of Steel and either help the current Elder, McNamara, or usurp him and help Head Paladin Hardin become Elder.

Both will require finding some lost Brotherhood Holotapes scattered around the Wasteland. Collect them all and bring them back to the Bunker. You can then proceed to give the Holotapes to either Hardin or McNamara. Either way, afterward you will be accepted as an honorary member of the Brotherhood, given a full set of power armor, and be given the necessary power armor training.

How to Join the Great Khans 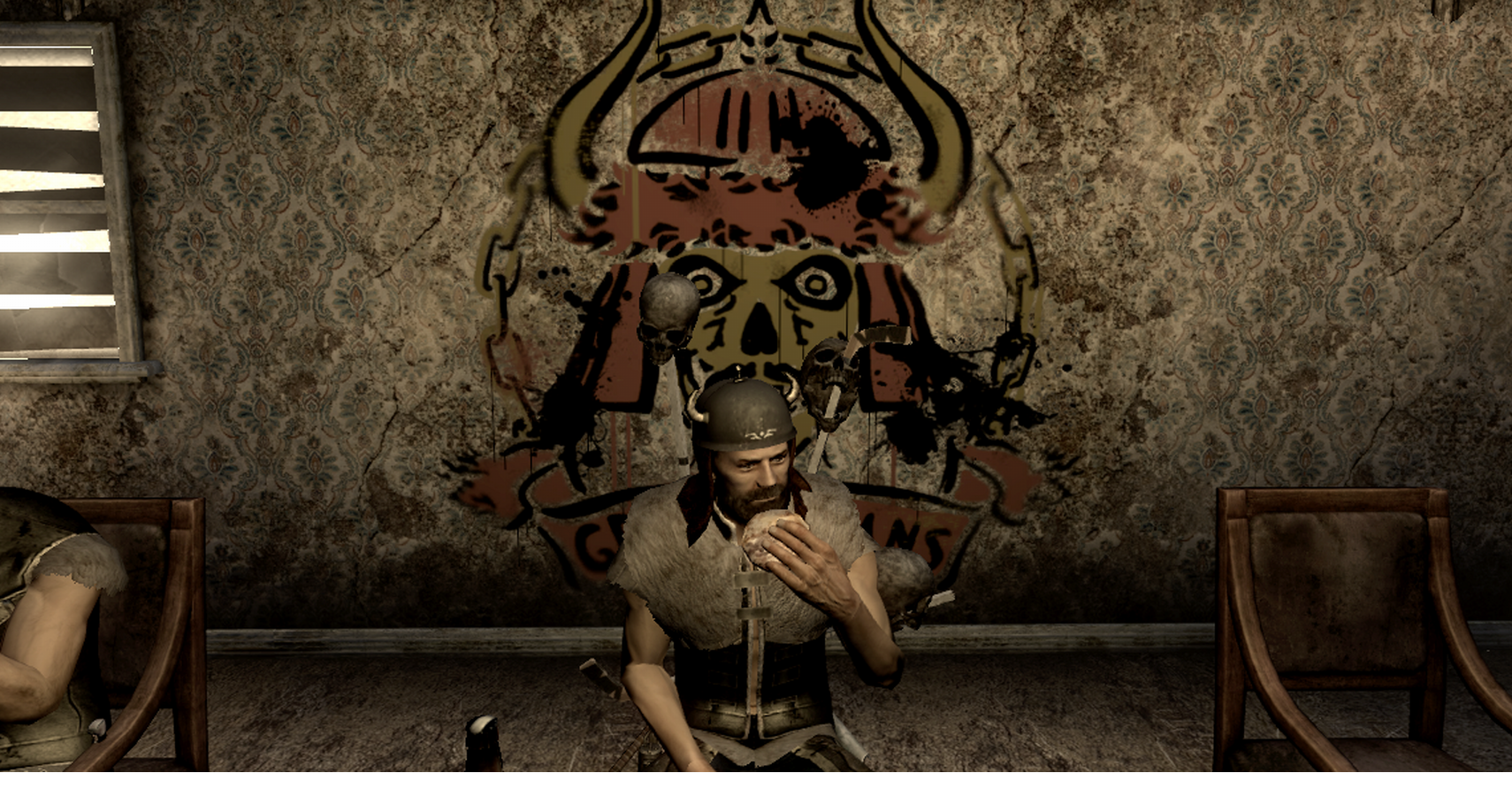 Joining the Great Khans isn’t as simple as some of the other factions. There are two specific quests you must first complete. The first is We Are Legion, in which you must kill all the NCR soldiers in Camp Forlorn Hope. Dead Sea, a member of the Legion in Nelson, will give you this quest.

In the main quest, you also need to go to Boulder City and assist the Khans there. When you arrive, an NCR soldier will inform you that the Great Khans have taken NCR prisoners. You can either kill the Khans to free the prisoners or convince the Khans to hand over the prisoners and leave unharmed.

Convince them to leave and you will gain reputation with the Great Khans, allowing you to complete the next step.

After completing it, go to Papa Khan in Red Rock Canyon. There, he will be impressed by your actions at Boulder City and Camp Forlorn Hope. Then, if your reputation is high enough, you will be named heir to the Khans.

Once you are heir, kill Papa Khan. This will honorarily make you the next Chief of the Khans, meaning you can now order the Great Khans to side with any faction in the Battle for Hoover Dam.

Next: Fallout: 10 Storylines That Were Dropped 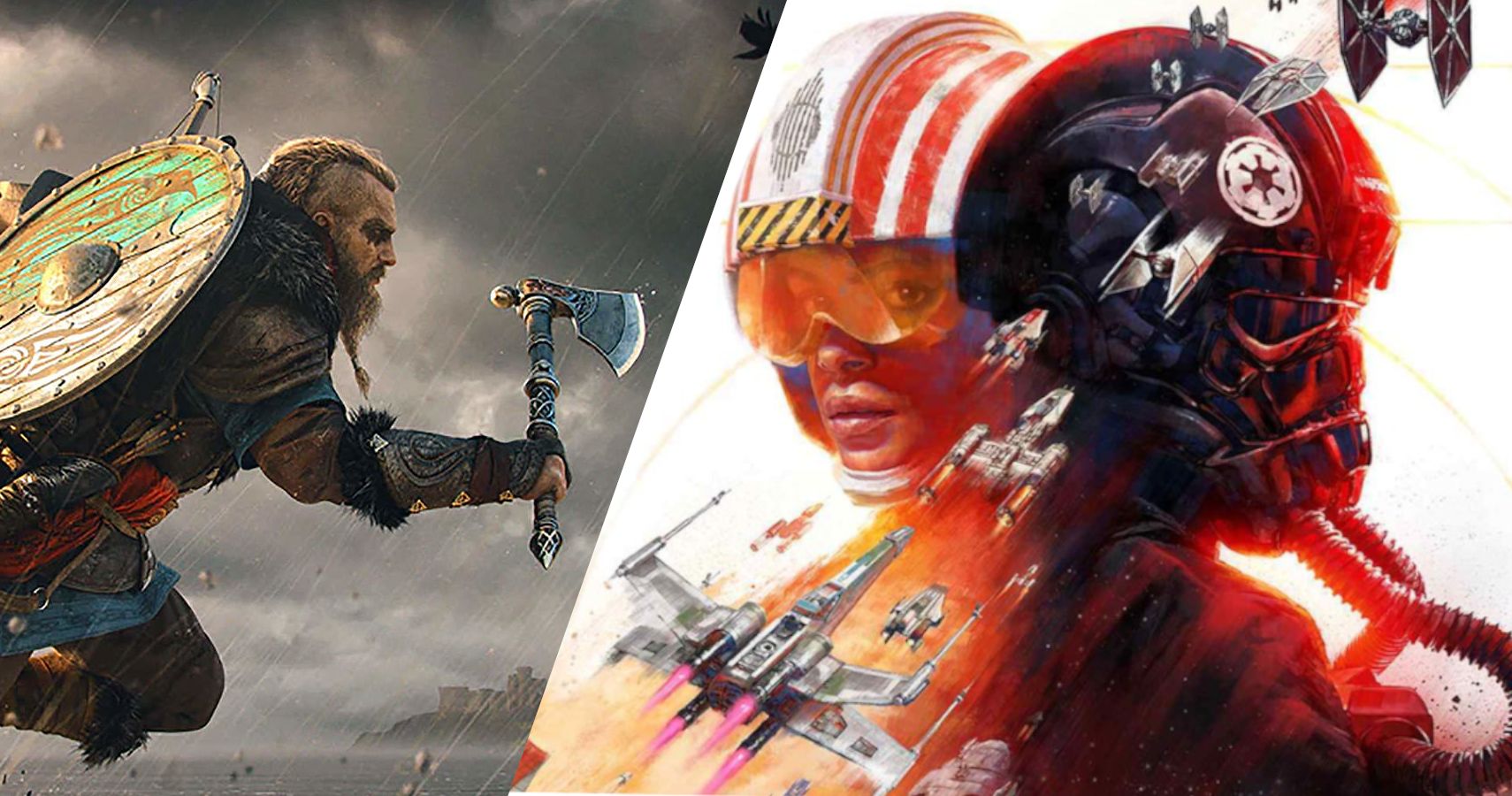