Home » News » How To Speed Through Destiny Islands In Kingdom Hearts

Destiny Islands can be an enigma for first-time Kingdom Hearts players. Those who signed up for the Disney characters alone might be disappointed at first to see none of them on screen. Additionally, finding Kairi’s desired items for the raft can be confusing for first-time players. Here’s how to get through this area of the game fast, so you can get into the meat and potatoes of the Kingdom Hearts series.

After Sora awakes from his dream, Kairi chastises him for being a lazy bum, and now he’ll have to pull his own work. In order to do that, he’ll need two logs, one cloth, and one rope. Easy!

You’ll find the first log on the beach, pretty close to where Sora is standing. The second log is actually across the bridge. To get up there, you can jump with the O (or the B button for Xbox) to reach the shack’s roof and walk on top of it. Cross the bridge and you’ll find the log north of the tiny elevated island. While you’re there, you can challenge Sora’s best friend, Riku, to a battle. 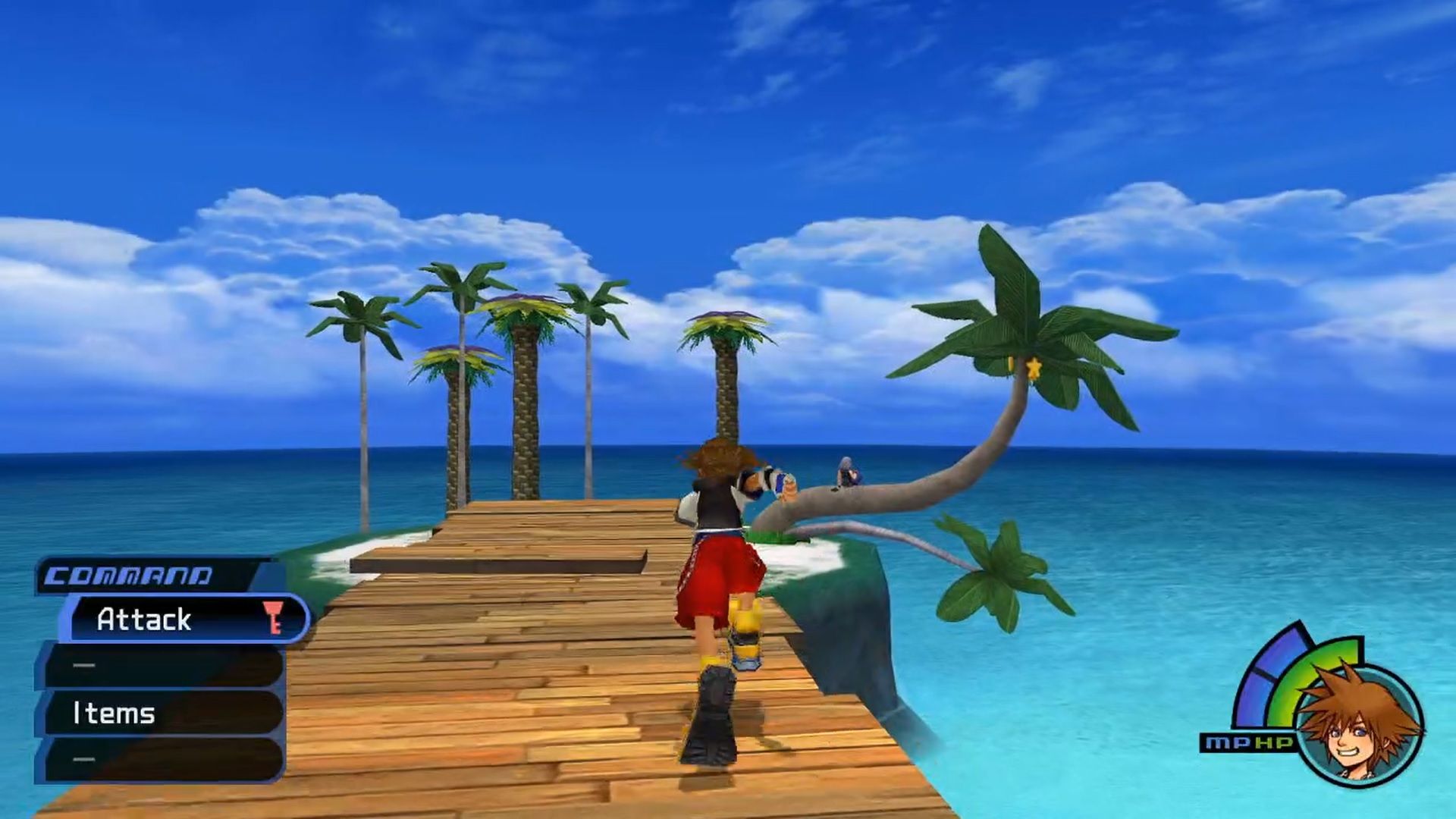 Cross the bridge again, and go left until you see a not-so-safe looking wooden ladder. Climb it by walking towards the object. Once you’ve reached the top, immediately go right and you’ll find a small room with a white cloth on the right-hand side. Pick it up! Back out of the room and then follow the path to see a young Tidus training with his wooden sword.

You can fight this Final Fantasy X hero if you’d like, but you can also pick up the rope in the top left section of the area. Grab it and then return to Kairi to finish the day.

You’ll start the second day on a bridge with the kid version of Selphie (from Final Fantasy VIII). Like Tidus, you can fight her if you’d like, but once you’ve done that, go to the water and collect the 3 fish required for Kairi’s to-do list for the day; you don’t need to talk to her right away. The fish are outlined by a black shadow moving around in the ocean. These are the locations: one by the boats, and two between the bridge Selphie’s on and the isolated island with the hooked tree.

The next thing is to get up to the top of the shack again and reach two trees. One is thin and white and the other is brown and thick. Climb up the thin tree and jump off the top to collect an egg; this is also on Kairi’s list. Now, go back to where Selphie is and you’ll see a black expanse in the wall that’s now open that’s south of your position.

Talk to Riku once there and challenge him to a race. Don’t bother with the platforming, just walk across the water, go up the staircase, to the hill with the star, then go back. Once you’ve done that, you can find a rock obscuring a mushroom on the path to the star on the left-hand side. 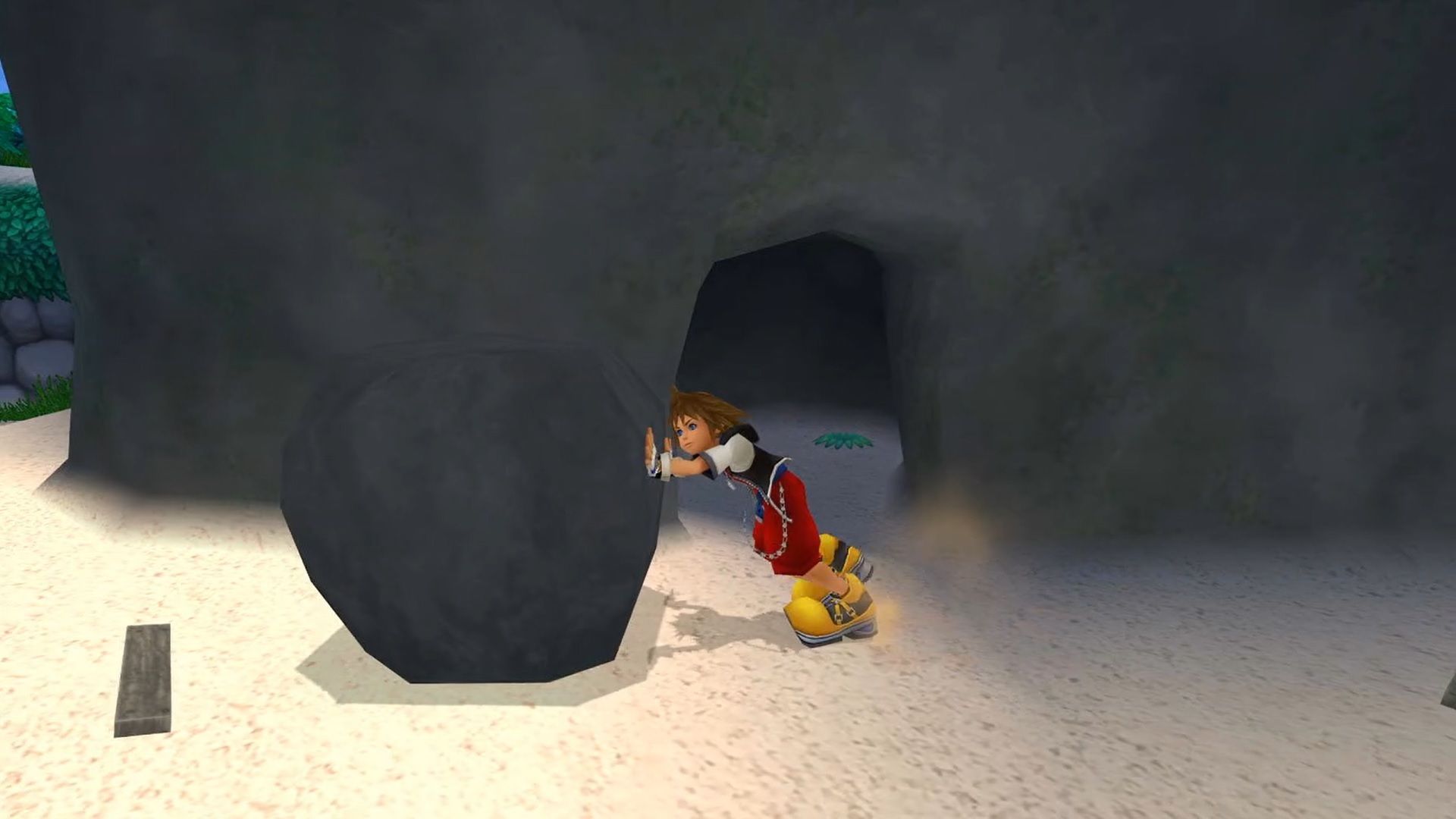 Have Sora push it and you’ll find it. You’ll also find a mushroom in a shrubby area near the tower. 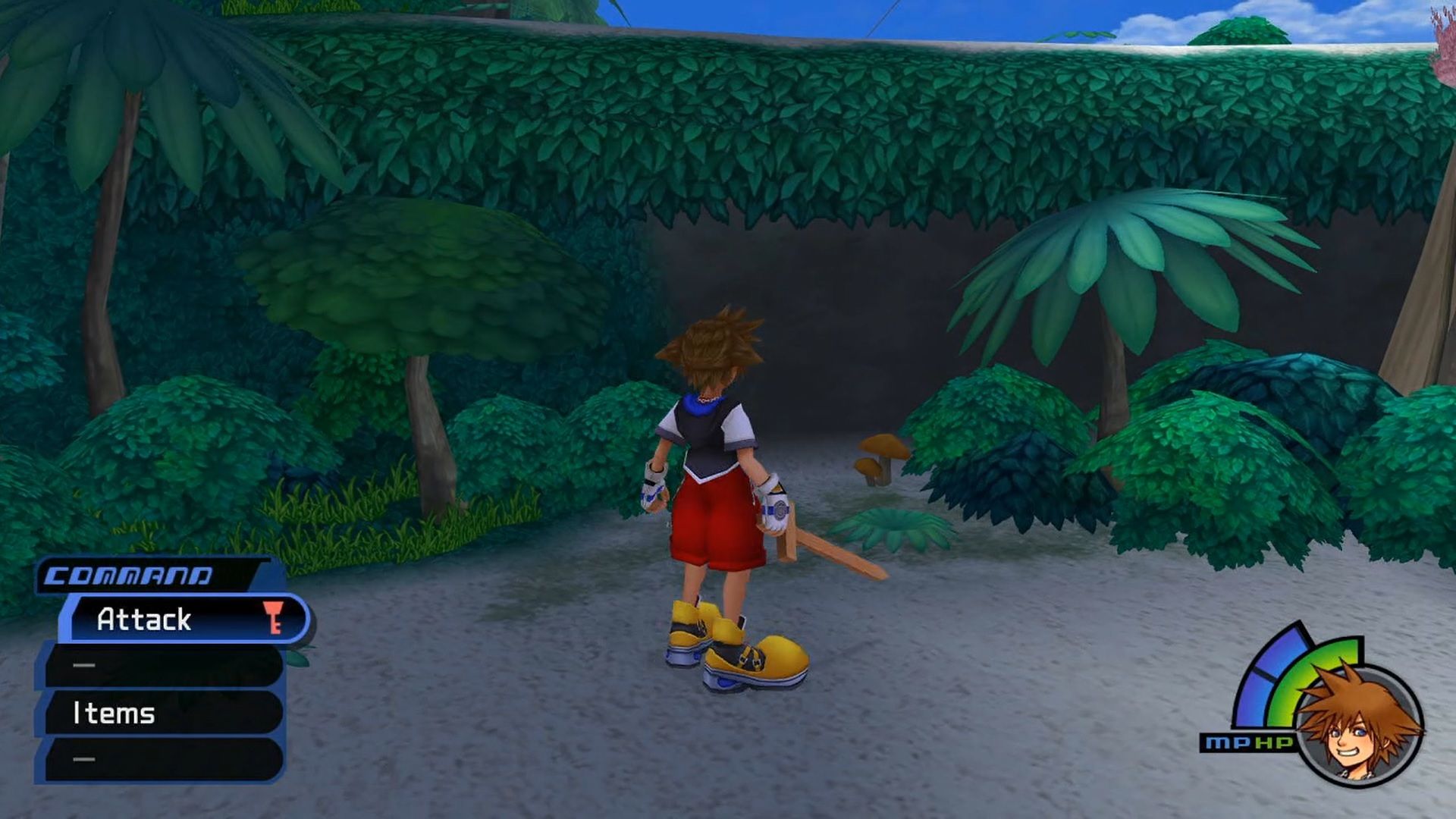 Next, go to Kairi and she’ll give you a bottle to put some water in. You’ll see a bunch of trees next to her. Hit them with your wooden sword and collect the green coconuts that fall down. Get 3 of them.

Go back to the original area, where you found the logs, and go to the waterfall; the bottle is filled up! Now, go inside the cave to the left and find a mushroom in there to the right of the door inside. Go back to Kairi in the Cove area and that’s the end of the second day!

Oh no! The heartless have taken over Destiny Islands! Avoid attacking them and go to the long wooden bridge. 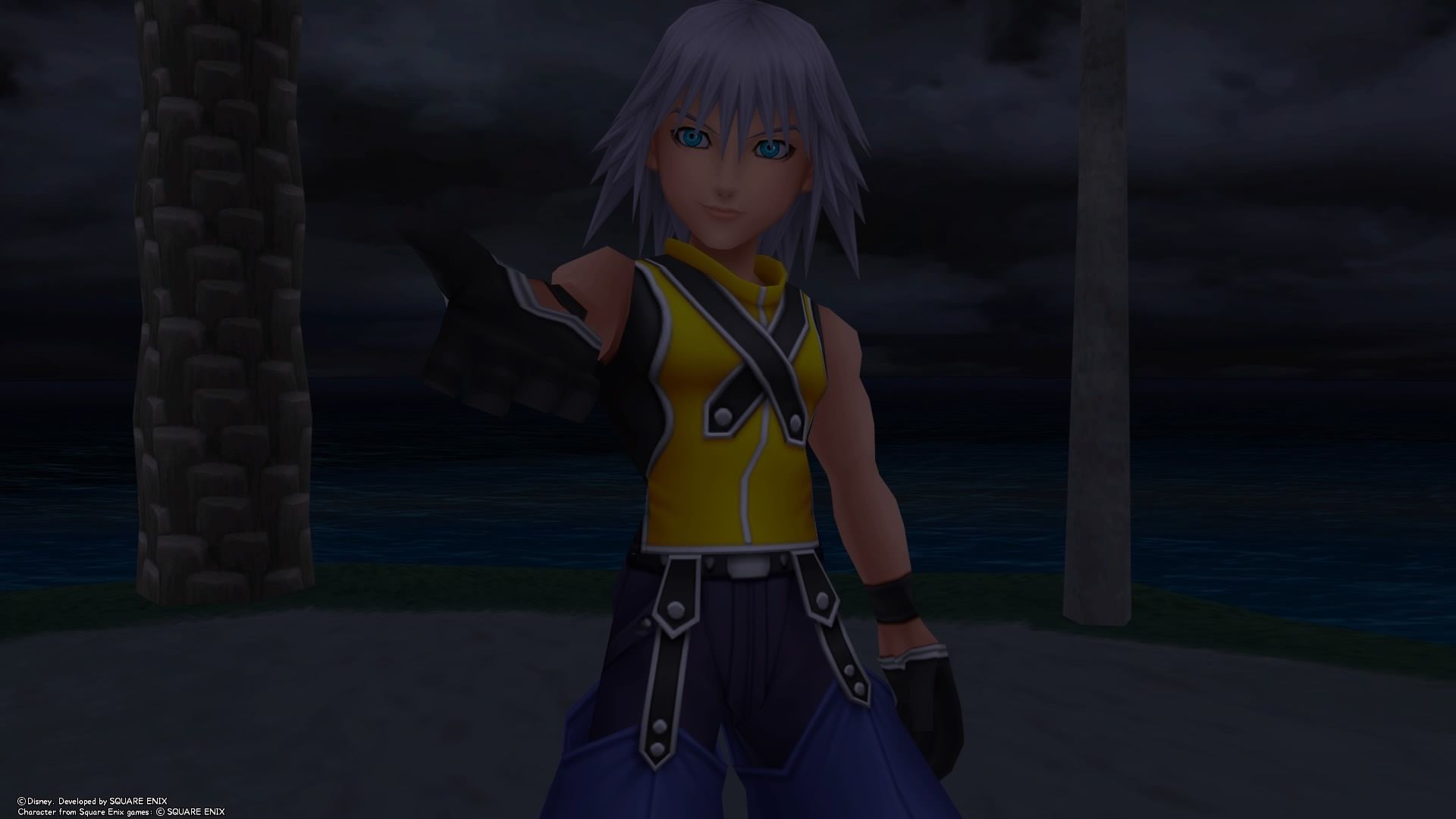 Cross it and you’ll see Riku. Once that cutscene has ended, go back to the cave next to the waterfall, and you’ll find Kairi acting a bit odd.

You get blown out of the cave and have to face the Darkside boss. Like in the dream, keep hitting it’s hand and ignore the weaker heartless. It may stretch out its arm; move out of the way and then when it’s safe, run up its arm. 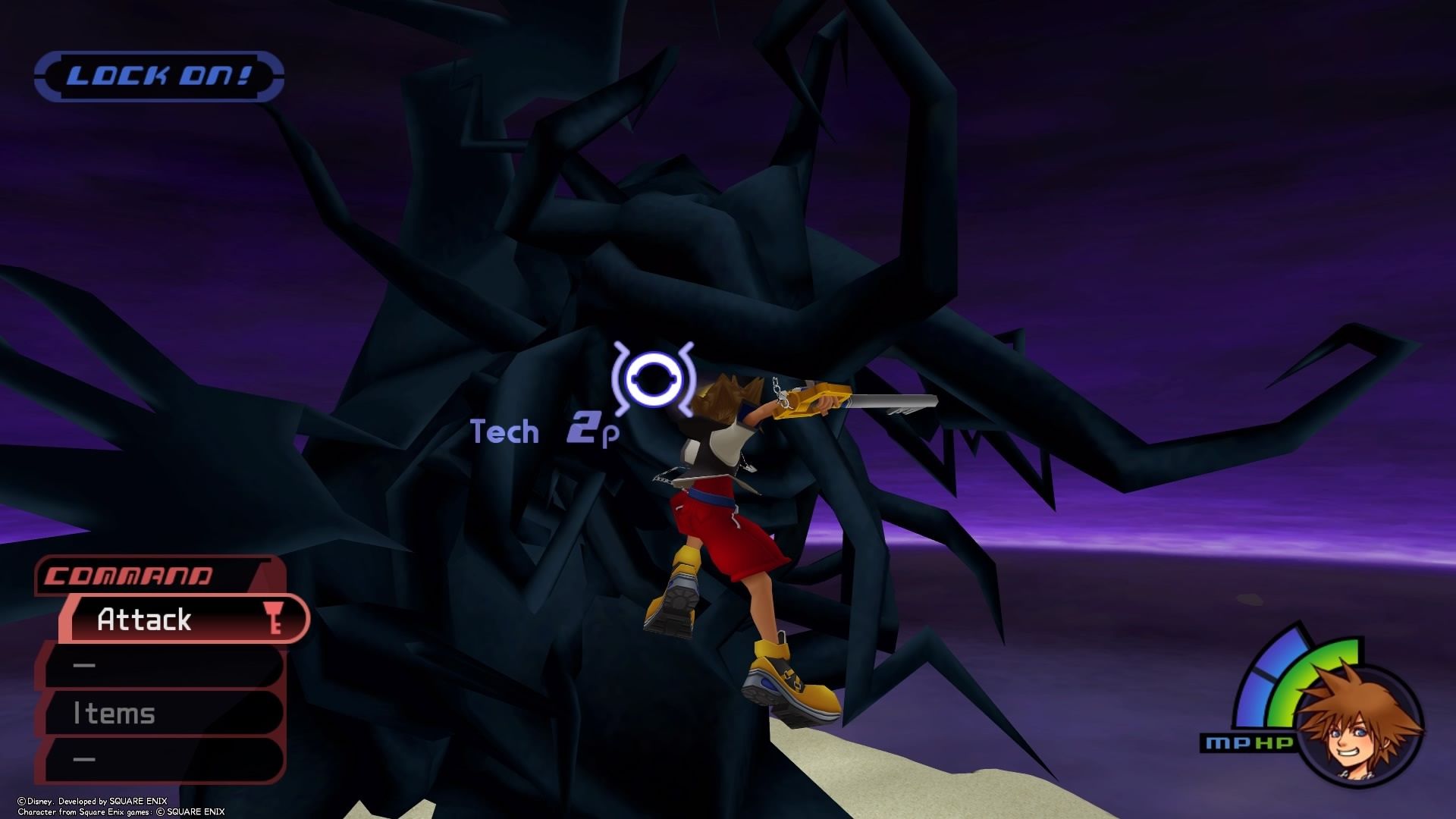 Strike the head for extra experience. Good luck and may your heart be your guiding key!

Fortnite: What The Circled Date On Deadpool’s Calendar Means