Immortals Fenyx Rising had a fairly loud build-up to its release in December last year, but has since quietly settled into the next-gen library. That is, until another crossover surfaced in-game – this time collaborating with Netflix’s Blood of Zeus. The limited-time crossover event will run until January 28, where you can indulge in the themed quest titled “A Tribute to Family.”

The event will task you with defeating two mythical creatures “from another world,” which will be available to play after completing the quest “Gods and Monsters.” The first step on your new journey will be to visit the Hall of the Gods, where you will be able to interact with a ghost. The crossover came as a bit of surprise, however, the shared Greek mythology between the game and the Netflix series seems like a match made in Elysium.

After completion of the quest, you will receive an Eagle pendant and Blood of Zeus-inspired customization options. You will also be able to purchase a new pack containing skins for Fenyx’s weapons – including the sword, axe, and bow. In addition, a new character pack will allow you to customize your armor, helmet, wings, mount, and Phosphor – all in the style of Blood of Zeus. Both of these packs will be available once the A Tribute to Family quest is completed. 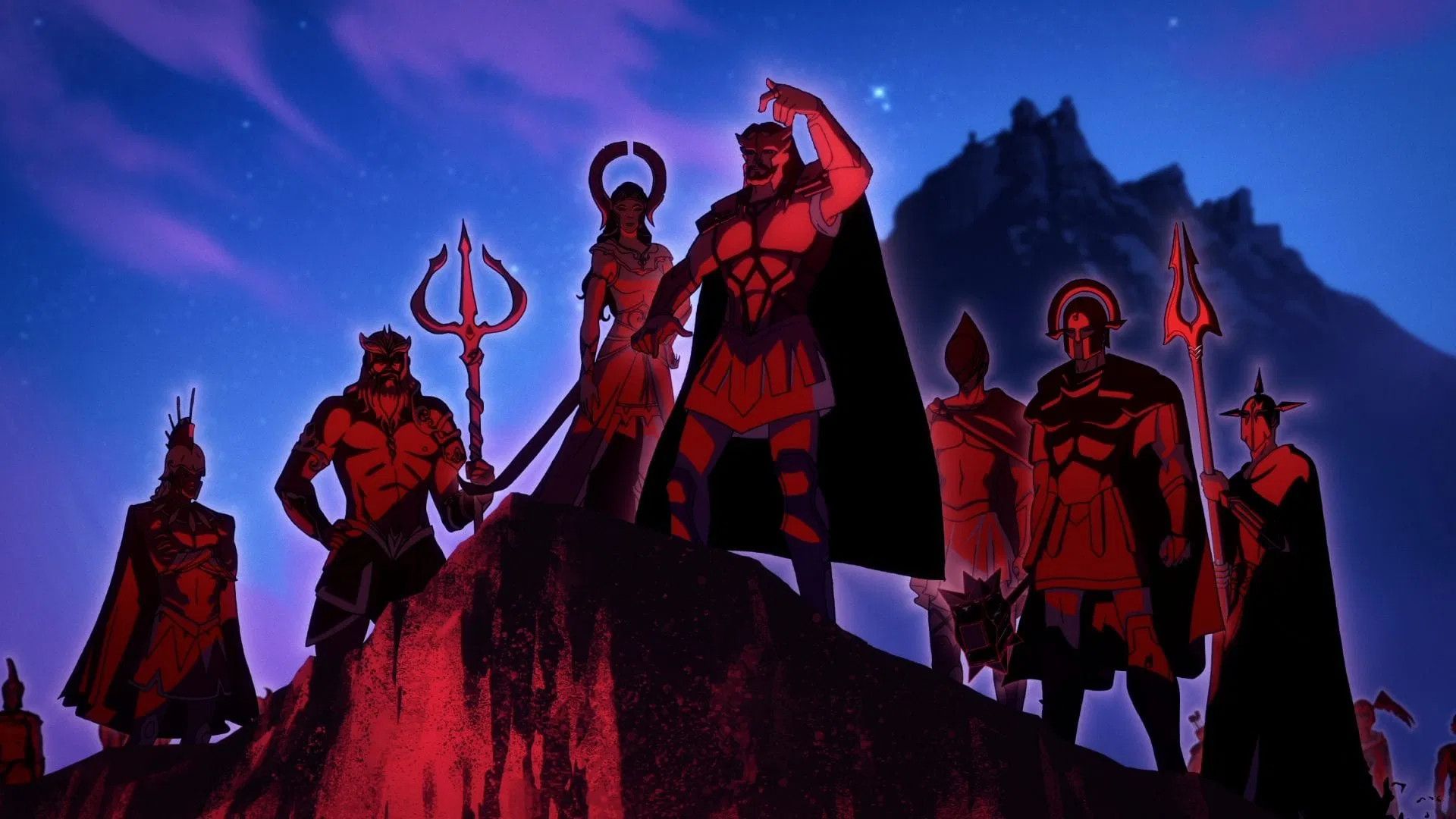 Blood of Zeus is a colorful collection of chronicles about the illegitimate son of Zeus. Airing in October last year, the Netflix show shared a similar name change to Ubisoft’s game – Blood of Zeus was originally called “Gods & Heroes” and Immortals Fenyx Rising was once titled “Gods & Monsters.” The Blood of Zeus-themed content is a welcomed addition to Ubisoft’s solid material and precedes healthy post-launch and season pass content for the game – including the first DLC expansion A New God.

Of course, this is not the first crossover that Ubisoft’s action-adventure has spawned. During the pre-launch promotion for Immortals Fenyx Rising, an animated short was released featuring the characters of Cartoon Network’s Adventure Time. Finn and Jake both made an appearance, as well as the game’s hero Fenyx – who flew into the scene carrying the cartoon’s animation style. The crossover continued in-game when Ubisoft announced an Adventure Time DLC customization set – which is available now.