I can’t think of many things more horrifying to endure than war, yet it's often portrayed as something heroic. Jarhead breaks down this notion by showing the sheer boredom experienced during one and also critiques the way films that staunchly oppose war are still viewed as in support of them. The scene where the soldiers whoop and cheer at the Flight of the Valkyries chopper sequence in Apocalypse Now shows how easily the point goes over people’s heads. No one could mistake Conscript’s message though.

Conscript is a WW1 survival horror game set deep in the trenches. At Gamescom, I played a demo, and a more fleshed-out version is now available for free on Steam. The horror is immediate and suffocating. WW1 is such a perfect setting for horror I’m surprised more games haven’t used it. Above ground, walking through the trenches, artillery shells rain down constantly, shaking the screen as bullets whistle overhead. Shell-shocked soldiers block off future paths, swaying from side to side, detached from the atrocities around them. It’s a fantastic way to take the real-life consequences of war and represent them in a game. In the mud and tunnels that soldiers have carved through the earth, everything feels claustrophobic and the ghostly wisps of mustard gas can quickly turn a safe haven into a grave.

Conscript is styled like the original Resident Evil, meaning clunky controls, a tight inventory, and cumbersome movement. It ensures every swing of your rusty trench shovel, every shot of the pistol, and every dodge away from danger has to be calculated. You have to aim and then attack, giving you a few seconds to contemplate the action you’re about to take. It makes everything more meaningful and considered. This isn't a glorious shooter, its a laborious slog. 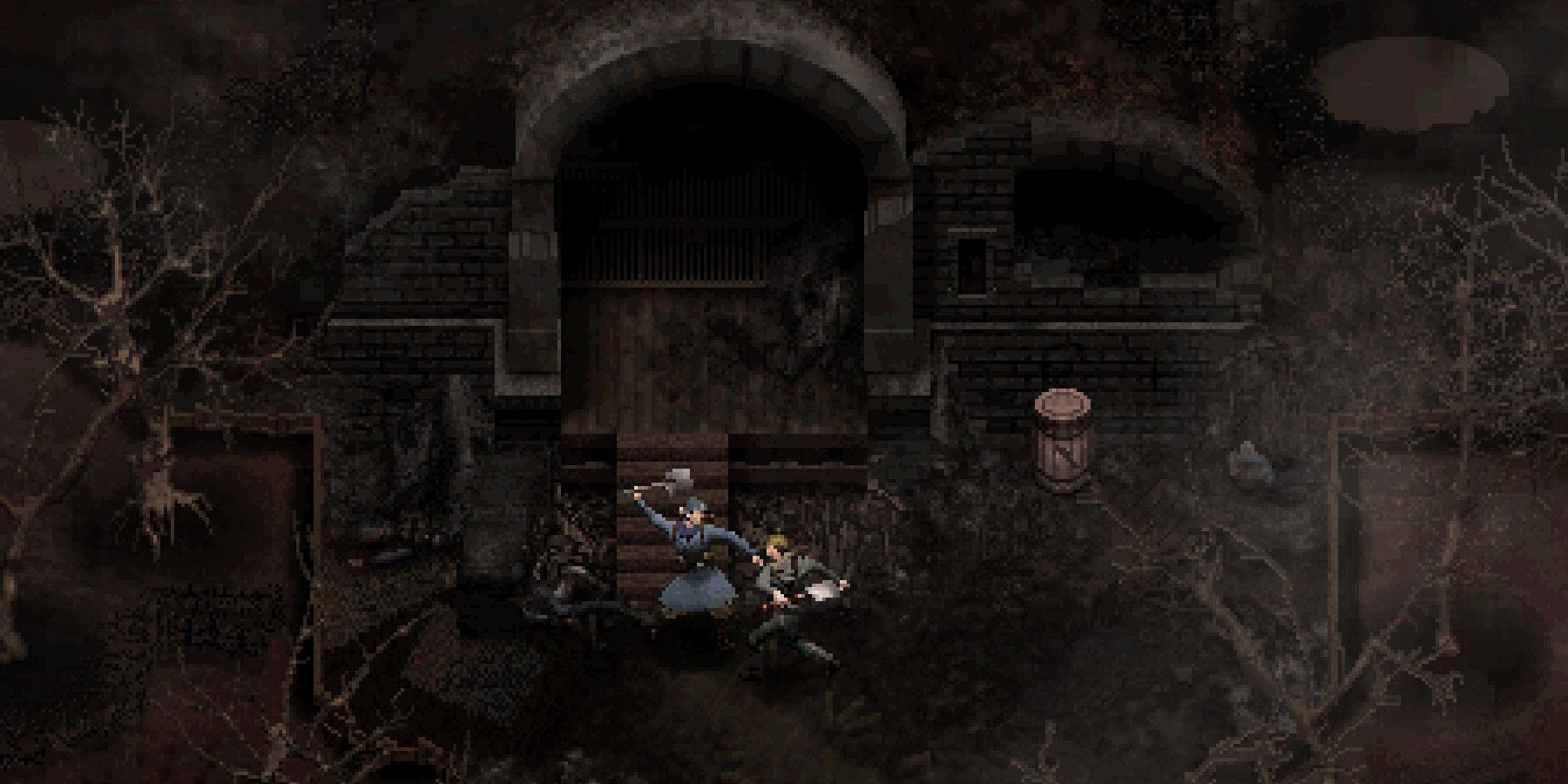 The sound and animations add weight to everything you do, too, and that weight crushes down on the protagonist. A blast from the shotgun will send enemy soldiers in front of you flying, but it’ll also send you staggering back from the recoil. This isn’t an action hero, he’s likely just a boy, conscripted and sent off to fight other boys for King and country.

The retro graphics mean characters are largely faceless and hard to read. It imposes a distance between you and the game. It perfectly represents the millions sent to the slaughter, forgotten and never to be seen again. How can anyone who hasn’t been to war truly understand it, or those who are affected by it? 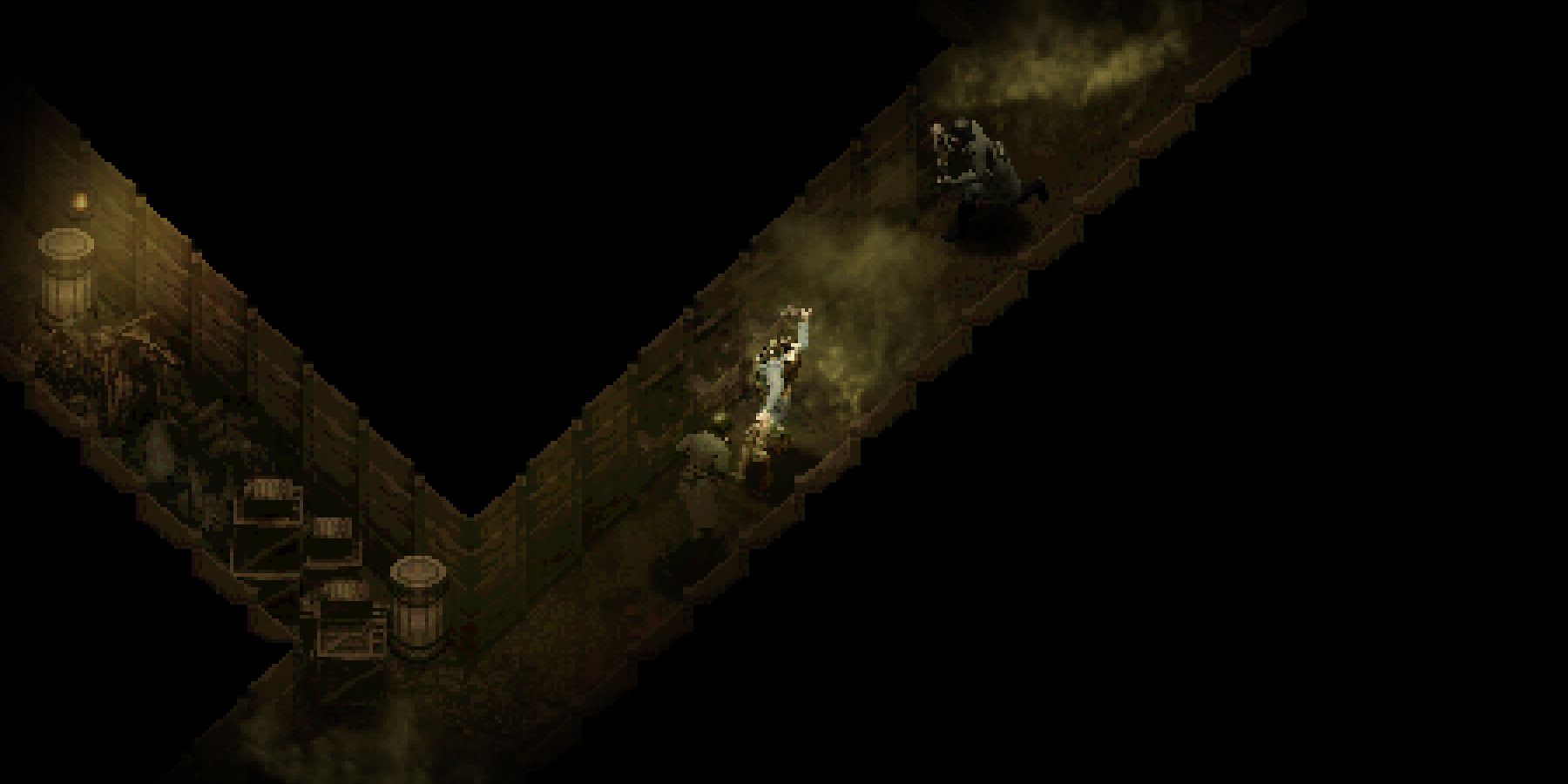 Despite this distance, Conscript drives home the point that you’re fighting people, and in doing so, you’re becoming monstrous. Guttural screams resonate throughout the tunnels and animalistic grunts resonate from soldiers when you attack them. At first, it seems like something supernatural is going on, but this is just what war changes people into. These aren’t demons, they’re men forced to do evil deeds.

Lego Star Wars: The Skywalker Saga’s Episodes Are Short Enough That It Feels Like Watching The Movies