Home » News » Interstellar Convinced Me To Dive Back Into Mass Effect

I’m a slut for some hard sci-fi. The Expanse was keeping me going for a good while – I binged four seasons in one week to catch up with my housemate and have been up to date ever since. But, that’s come to an end and hasn’t been picked up again… yet. I remain hopeful. To fill the void I rewatched Interstellar, and oh boy, did it make me want to give Mass Effect another go.

Interstellar is full of stunning shots of astral bodies in space and vistas of alien worlds. Tying all these spectacular visual moments together is the heartfelt personal drama of a crew desperately trying to save humanity before time runs out. At its simplest, it’s very similar to Mass Effect and Shepard’s race to defeat the Reapers.

I hear a lot of people riding Interstellar because of the narrative weight given to love, but I think it’s sweet and poignant. It’s the human element that connects us to the science. It’s also entirely vindicated by the end of the film. Love is what gives Matthew McConaughey’s Cooper and Anne Hathaway’s Brand the drive they need to travel across the cosmos and defy all the odds. Cooper’s love for his children is what makes his breakdown as he realises he’s missed them grow up so devastating. It’s one of my favourite performances of his career and it wouldn’t mean a thing without love. 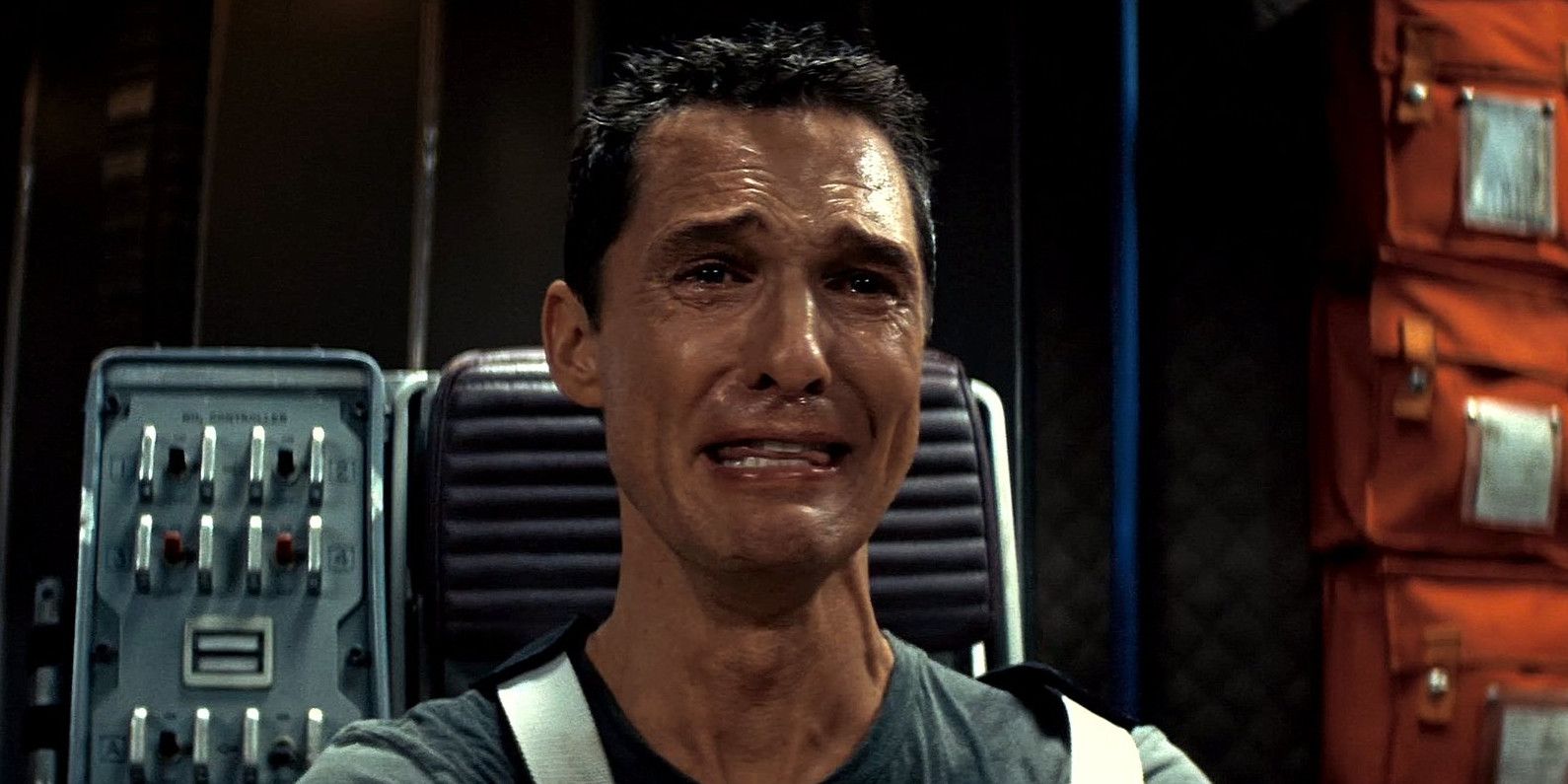 Sci-fi is best when it’s telling us something about ourselves, here and now. Brand’s love for fellow scientist Edmunds is used against her, painting her as the stereotypical emotional woman, incapable of logic and reason. Yet, in the closing shots, we see her on Edmunds’ planet, one teeming with life and the beginnings of a colony. She was right to follow her heart. Cooper’s love for her then propels him to the stars once more in a stolen ship. Love isn’t antithetical to science, it’s essential for it.

I dipped my toe into the galaxy of Mass Effect last year when the Legendary Edition launched. The excellent sci-fi jargon pulled me in instantly, but I made the mistake of trying to do all the side-missions alongside the main quest, There are a lot of Mass Effect fans at TheGamer, and they have unanimously told me to simply rush through the first game’s story and then slow down to enjoy everything the sequels have to offer. It makes sense. There’s a supposedly time-sensitive mission at hand, I should quit the intergalactic sightseeing and hop to it. It’s difficult when I appreciate the surroundings so much, but it makes sense given the side-missions I remember were dull at best and boring at worst. 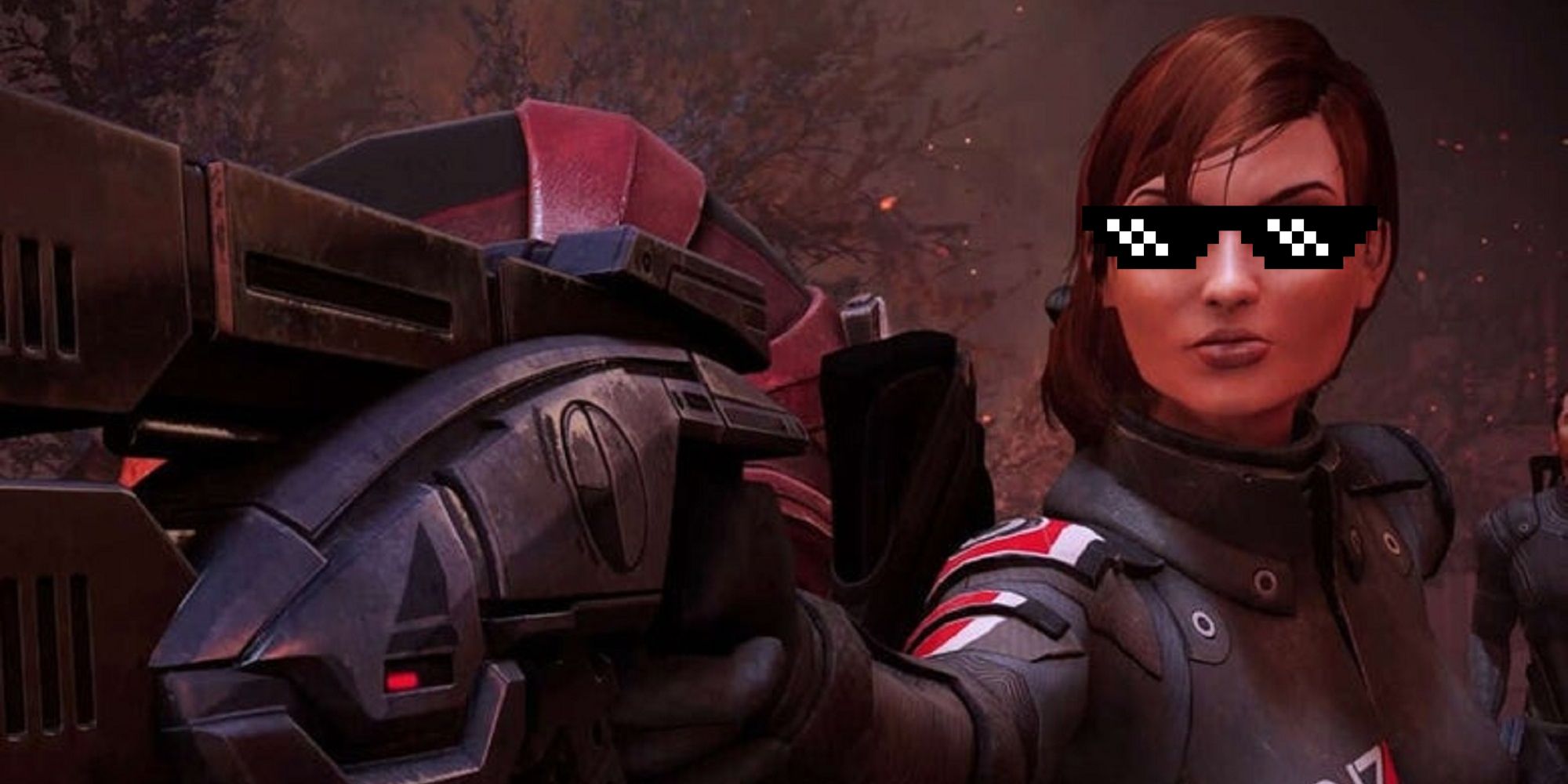 I’ve restarted the game as FemShep, as I’m told her voice actor is way better. So far, I’m finding that to be true. BroShep was a bit flat. I find myself believing what FemShep says. I don’t love being a space cop, especially when there are so many cooler concepts out there, but so far the game is definitely scratching that itch for a hard but human sci-fi adventure.

I’ve upgraded from a PS4 to a PS5 in the interim year as well, which is also helping my enjoyment. A slightly crisper display and faster load times make playing much more smooth. I’m also loving the speedier route suggested by my peers. It keeps the action constant and makes the urgency of the situation feel more tangible. Can I help you find your lost alien puppy on Backwater-12? Fuck off, I’ve got a galaxy to save.

Sometimes The Dragons In Skyrim Are Actually Just Goats

I’m Already In Love With Pentiment, A Historical Murder Mystery From The Director Of Fallout: New Vegas