I’ll admit, 2022 has been a year full of surprises. This year we got a Sonic the Hedgehog film, sequel, already an outlandish notion, and it didn’t suck. We also got an open-world Souls game that not only made the series mainstream, it even outsold this year’s Call of Duty.

But perhaps the biggest of this year’s surprises is the fact that GameFly still exists. For those of you under a certain age, GameFly is a video game subscription service that started in 2002. However, unlike Game Pass or PlayStation Plus, you don’t pay a fee to get access to a digital library–you pay a fee to get access to a physical library. Every month you get to request a game which then arrives via the mail, and when you’re done you send it back. It’s similar to the DVD-by-mail services initially offered by Netflix and Blockbuster before Netflix went online and Blockbuster went bankrupt.

And as noted by Kotaku, what’s even more surprising is the fact GameFly is still offering PS2 games. We should note that GameFly is offering very few PS2 games, including NHL 2001, 2002, Rugby 2004, Jak 3, Persona 3: FES, Nightshade, Max Payne 2, The Incredibles, We Love Katamari, and Silpheed: The Lost Planet. 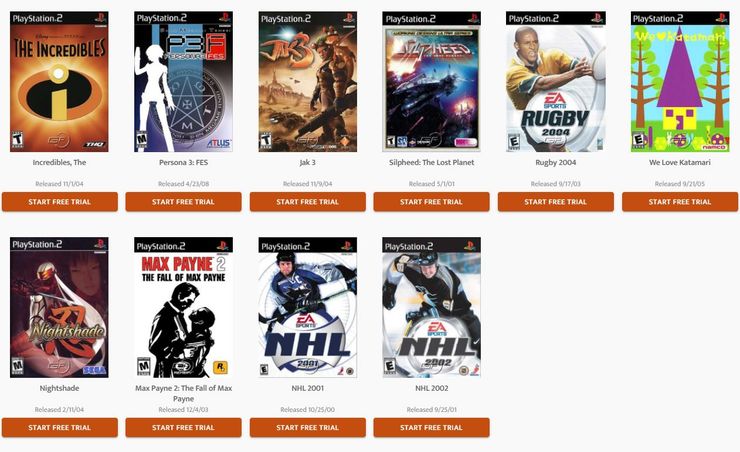 GameFly also offers PSP, Nintendo DS, Wii, and even original Xbox games. While there are GameCube and GameBoy Advance categories, there are no games currently available to rent. That’s either because someone optioned GameFly’s “buy it used” policy for rented games, or as Kotaku suggested, every game is currently being rented by subscribers.

I never would have guessed GameFly would become a retro game rental service, but here we are. We should note that the vast majority of GameFly’s business is renting far more current games, and the service even offers current-gen consoles to subscribers so they don’t have to contend with everyone else. Apparently there’s still plenty of reasons to subscribe to GameFly even if you gave up your PS2 years ago.

The Elder Scrolls Online Will Be Going To Oblivion In 2021