Gamers don’t just play what they love anymore, they wear it. Fans display allegiance to beloved gaming franchises just like we do with our favorite musicians and sports teams. You can hardly walk down the street anymore without seeing someone rocking Nintendo, Overwatch, or N7 gear.

The biggest gaming fashion moment in recent years unsurprisingly came via a partnership between two global brands on the forefront of their respective industries. Sony is riding high on the coattails of the PlayStation 4, the dominant console of this generation. Nike has been on the bleeding edge of shoe innovation and marketing for decades. The two joined powers in 2018 to create five limited-edition shoes that sold out immediately, and to this day generate high price tags in resale markets. We spoke to the companies about how this collaboration came to be and what the massive success of the partnership means moving into the future.

Oklahoma Thunder small forward Paul George is widely considered one of the world’s best basketball players. The six-time NBA all-star is one of the hardest defenders to score against, and on the other end of the floor, he’s equally tough to shut down. His proficiency on the court earned him a spot alongside NBA legends like Michael Jordan and Kobe Bryant as a Nike signature athlete. That rarified status gives George the ability to help design and create his own shoe line. Nike designers work alongside the athlete to make sure the shoes reflect their court prowess and personality.

When it came time to dream up colorway variants to George’s popular PG shoe line, Nike designer Tony Hardman knew video games would likely play a role given the player’s passion for them. “We just wanted to think a little bigger about it, knowing how important gaming is to Paul and his life,” Hardman says. “He’s always playing, he’s always on the road competing, and he loves it. We just knew that was the right connection, it was really natural.” 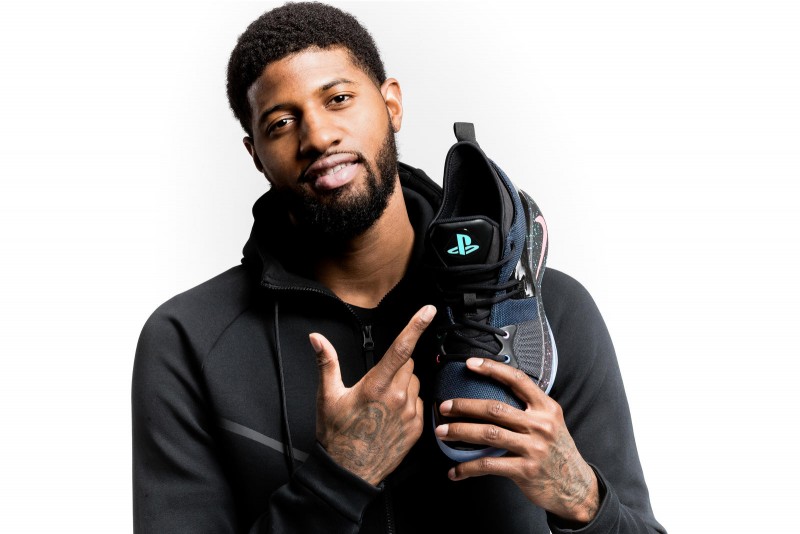 George expressed interest in creating a PlayStation-themed shoe, which helped rekindle a relationship between Nike and Sony. The companies worked together on a rare, Play-Station-themed Air Force 1 shoe back in 2006 and were already in preliminary discussions about doing a follow-up. Sony loved the idea of working alongside an athlete as passionate about games as George.

“We thought, ‘Wow, what could be better than this?’” says Eric Lempel, PlayStation’s senior vice president of marketing. “You’ve got a guy who’s a legitimate fan from the PlayStation One, you’ve got Nike, and you’ve got PlayStation. If we could all get together and do something interesting it would be great.”

Hardman and some other Nike designers flew down to meet with the PlayStation team, then drew up some preliminary sketches of the shoe. Using the PlayStation controller and color scheme as inspiration, they presented the mock to George, who made a few suggestions of his own. Hardman thought this collaboration would be the perfect time to integrate an LED technology he had been kicking around for a while.

“I had a history of doing lights and things like that at Sketchers, but we hadn’t done any of it at Nike Basketball,” he says. “It’s not really a performance thing, so it’s not something we usually tinker around with. But at one of our meetings we had with Paul, we asked him what he would want to be if he wasn’t a basketball player, and he said something in electronics. That sparked the initial idea that we should do something with some kind of light in his shoe and tell that story.”

The LEDs became the standout feature on the shoe, pulsing with the classic PlayStation blue hue to illuminate the Paul George and PlayStation logos on each shoe tongue. The design also featured a unique voucher code on the back of the shoe that allowed the purchaser to redeem a Paul George theme for their PS4.

Released in February 2018, the sneakers captured the imagination of shoe and gaming fans alike, selling quickly on the Nike SNKRS app. “The response to that was incredible, it was overwhelming,” Lempel says. “We couldn’t believe the traffic. We couldn’t believe how it was trending. It was just massive.”

Nike typically makes only a limited number of its themed shoes, so supply almost never overshoots demand. This has led to a lucrative resale market on sites like StockX and GOAT, where users spend sometimes exorbitant amounts of money for highly-sought after sneakers. Interest proved high for the PG2 PlayStation model on these aftermarket sites, selling for as much as $1,000. The success led to three other PlayStation-themed PG2.5 colorways, one of which tapped into nostalgia by using the original PlayStation wolf grey color palette. 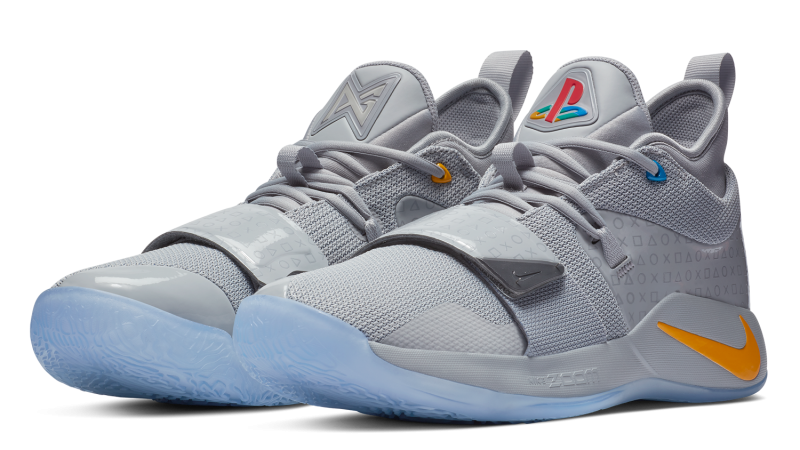 While the PlayStation PG2s generated tons of interest, Nike and Sony had another move up their sleeves: the sequel to their original Air Force 1 collaboration. This time, Sony didn’t want the shoes to be ridiculously scarce; their creation was intended for fans from the beginning.

“The goal was to do it around E3 all along because E3 plays a big part in our industry,” Lempel says. “We thought now that E3 has a consumer component to it there will be a lot of people around and we’ll launch this thing and do something special.”

After Nike posted an “Inside the Vault” retrospective chronicling the creation of the original PlayStation Air Force 1 on its site, sneakerheads started speculating whether this could lead to another edition of the shoes. When E3 attendees were greeted by a giant billboard across the street from the L.A. Convention Center promoting a Nike swoosh alongside the PlayStation logo, excitement grew.

“We’re a fun, interactive gaming company and we like to sort of play,” Lempel says. “This was us playing with the audience and sort of stirring up some excitement and emotion around this. That certainly worked. By the time it became a little more obvious as to what it was, there were a lot of people excited about it and waiting for the shoe.” 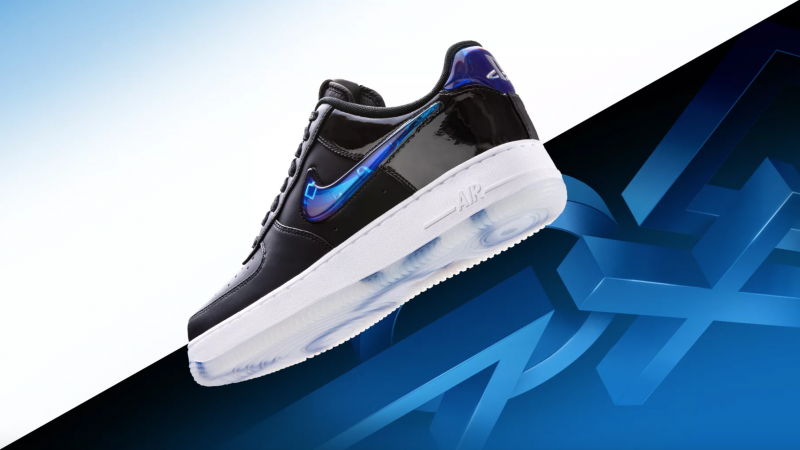 When Nike finally revealed the shoe design, it didn’t disappoint. The shiny black patent leather served as the perfect backdrop to the holographic jelly swoosh, with the signature PlayStation 4 controller symbols embedded within.

E3 attendees were delighted to learn that the only way to purchase these new Air Force 1s was to order them from the SNKRs app from the geofenced area around the PlayStation tent outside the convention center. Demand proved high, and the shoes sold out in a little over an hour. Nike sold a second batch of the shoes at a pop-up shop during Super Bowl LIII in Atlanta this past February.

Since the release of the new Air Force 1, Lempel has seen them pop up in unexpected places.

“We were interviewing someone recently and they came in wearing the shoes, so that was great to see,” Lempel says. “It’s great to see their passion for the brand, and it’s great that a consumer with no connection to the company got their hands on them.” 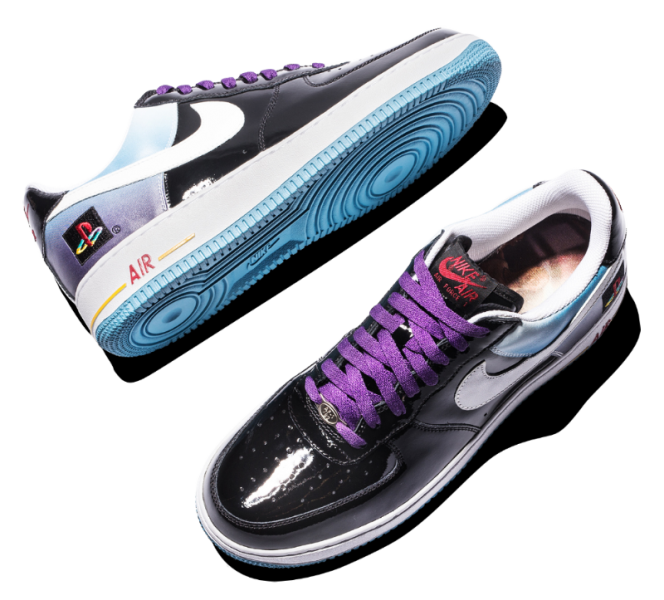 Nike’s first collaboration with PlayStation occured back in 2006, but the manufacturing run was so small the shoes became the stuff of legend. “We had Air Force 1 designed with PlayStation on it, but it wasn’t really a consumer offering,” says Eric Lempel, PlayStation’s senior vice president of marketing. “It went to some people who were close to the company and some people in the company, but it wasn’t anything that a consumer could get their hands on unless they were really lucky or won a contest or somehow found a pair somewhere.”

That scarcity led to the shoe becoming a highly sought after commodity. The shoes rarely become available in the lucrative resale market, but the last pair that showed up on StockX went for $1,825. With demand like that it’s frankly surprising it took the companies another 12 years to join forces again.

No plans currently exist for Sony and Nike to embark on another collaboration, so for the time being your best bet to get these shoes is to brave the high prices on StockX, GOAT, or eBay. But in speaking with both companies, it’s clear they both view the partnership as a positive experience.

“For us over the past year, we wanted to see where this would go and the response has been really positive,” Lempel says. “It opens the door for a lot of possibilities. We like doing things like this that feel authentic and excite our consumers, so I would expect that in the future we’ll do other interesting collaborations with brands coming together and doing something special for the consumer.”

With several popular gaming franchises within the PlayStation family – think God of War, Uncharted, The Last of Us – Sony has several directions to explore should it choose to build off the success of the Nike collaboration. Its partner in this endeavor has taken note of the amazing reception as well.

“That whole situation with the gaming and how successful that was has really actually taken Nike by storm,” Hardman says. “There are a lot of conversations going on now about how the gaming consumer and the basketball consumer is the same kid. A lot of these kids who are playing basketball are playing more NBA 2K than they are real basketball, and they’re spending more hours of their lives doing that. That’s the reality for kids now – it’s not all just on court. They exist in both of those worlds. We’ve found that to be a very powerful thing, and I think there will be a lot coming in the future that expands on that even more.”

This article originally appeared in the April 2019 issue of Game Informer. 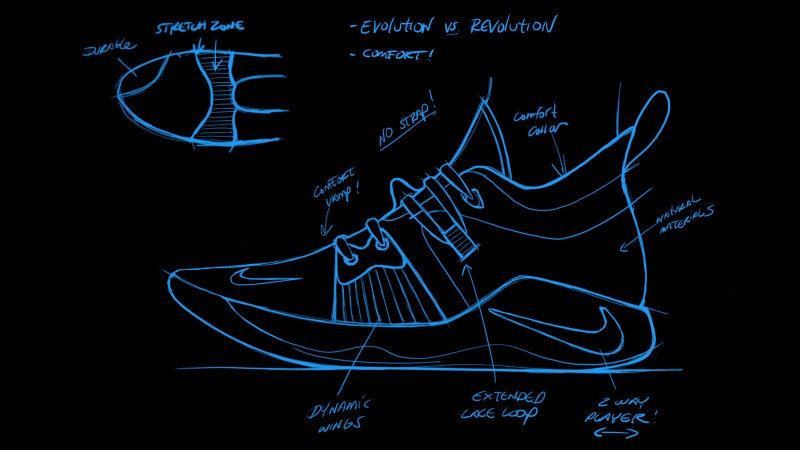 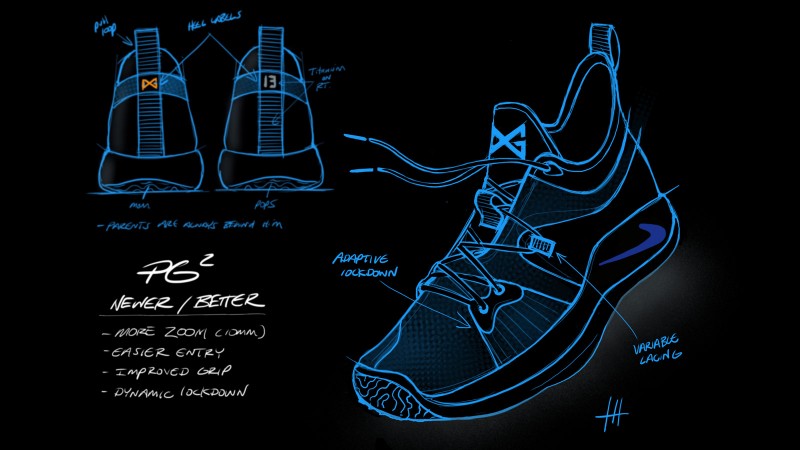 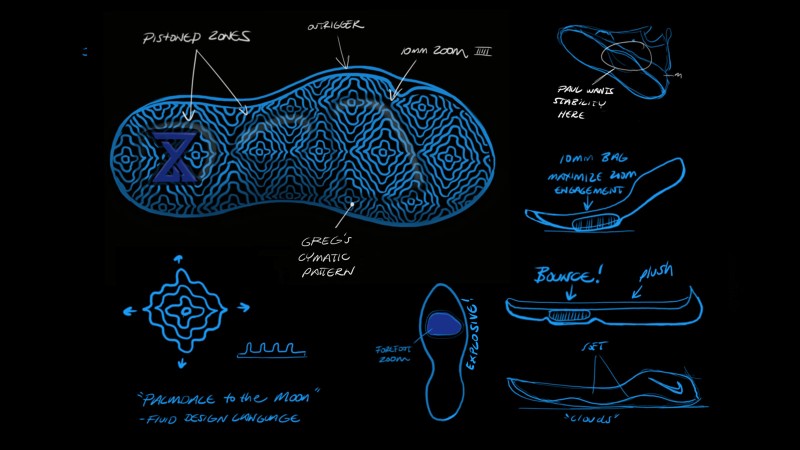 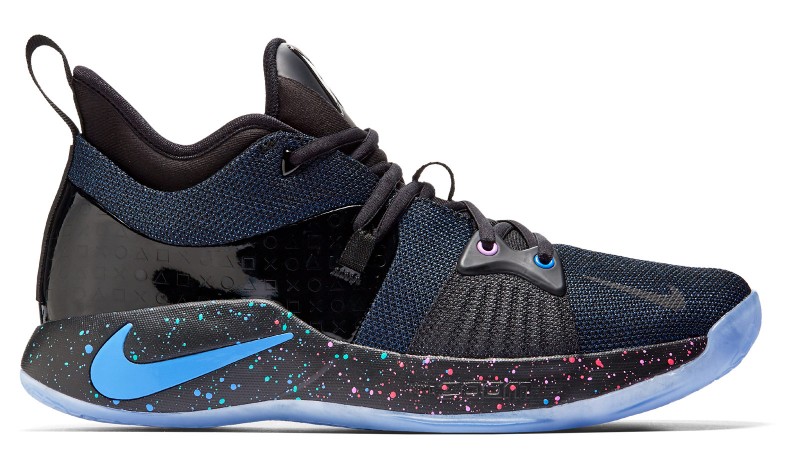 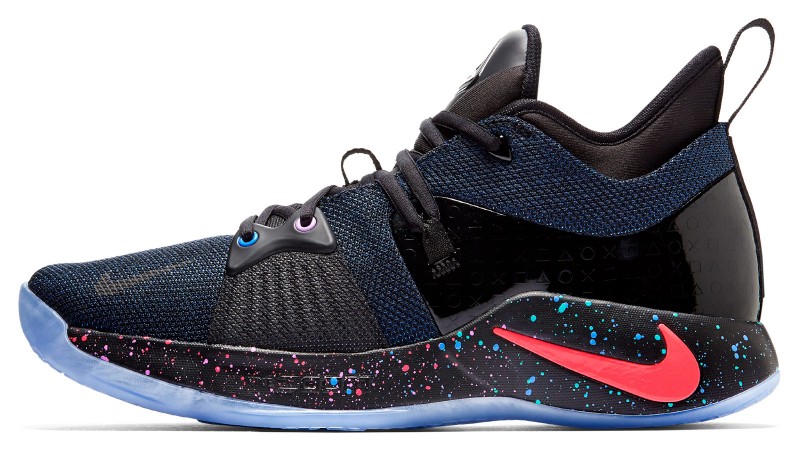 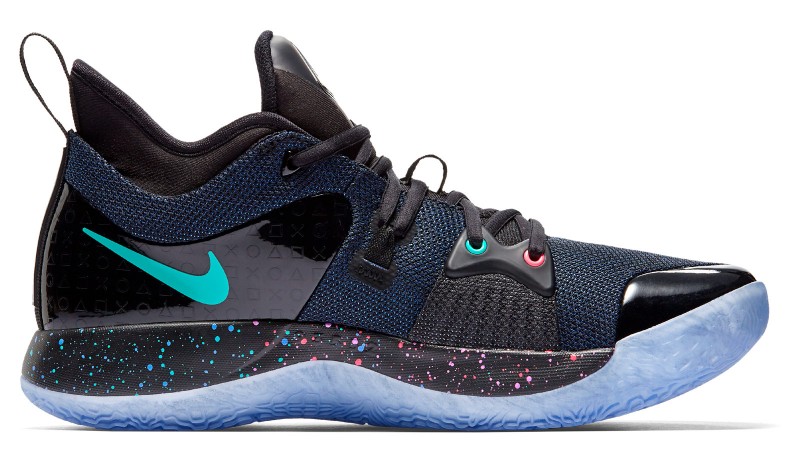 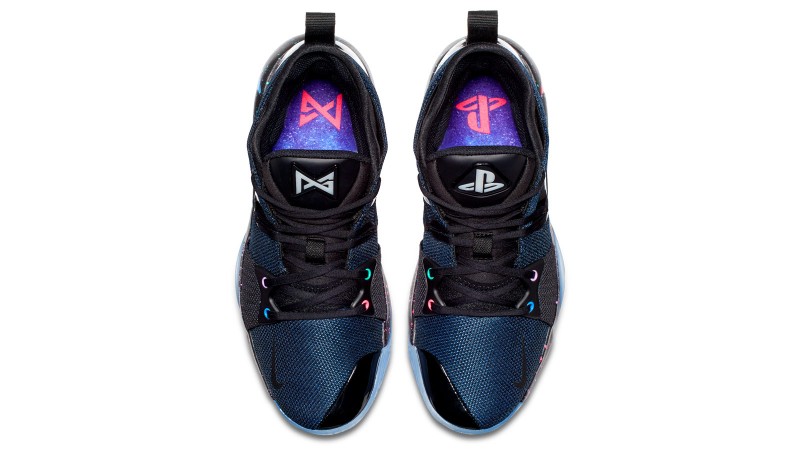 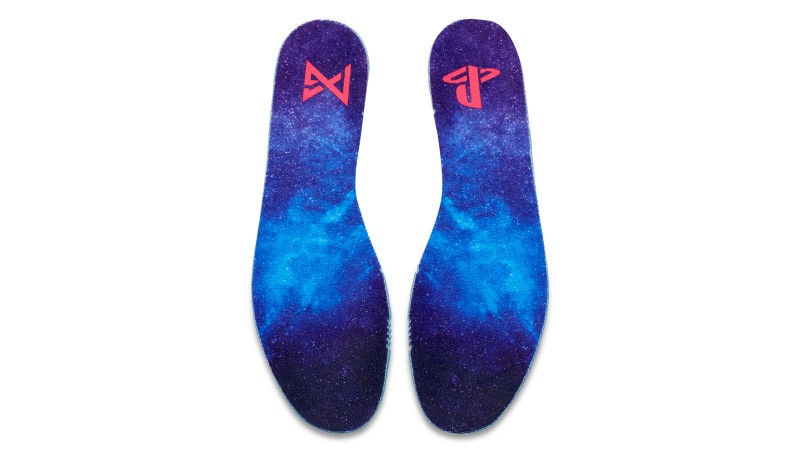 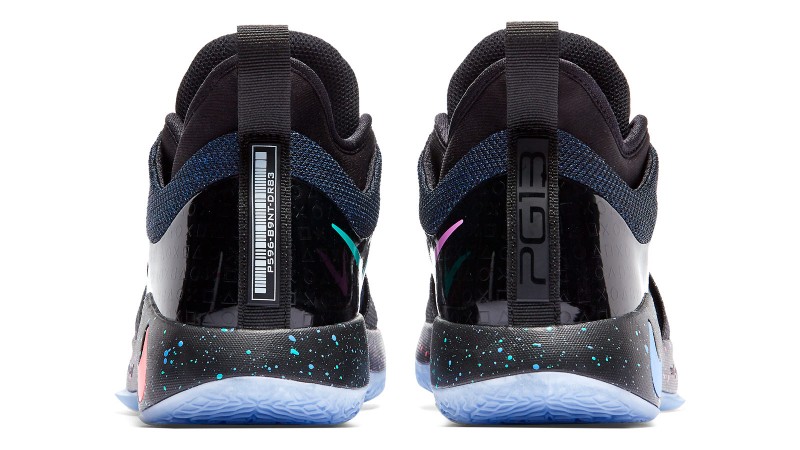 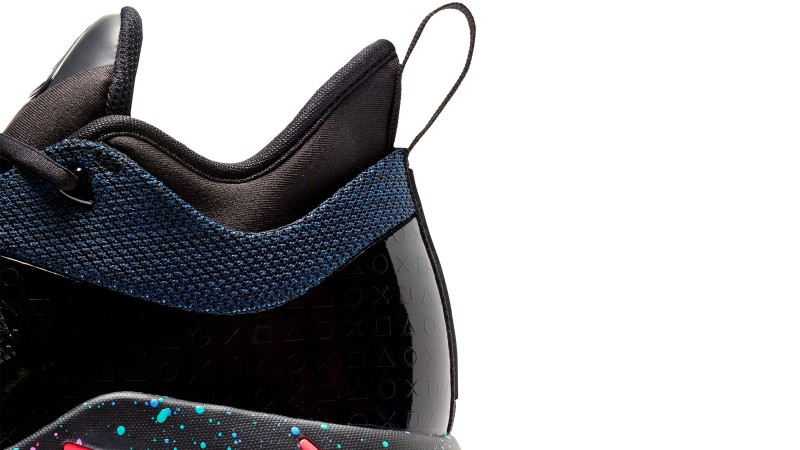 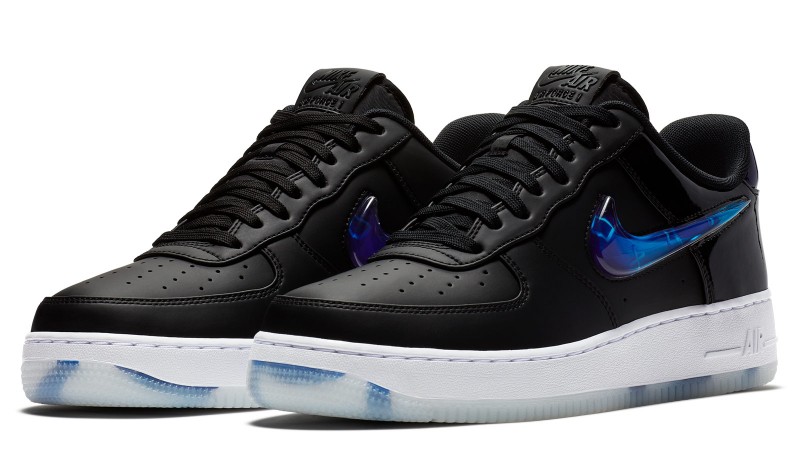 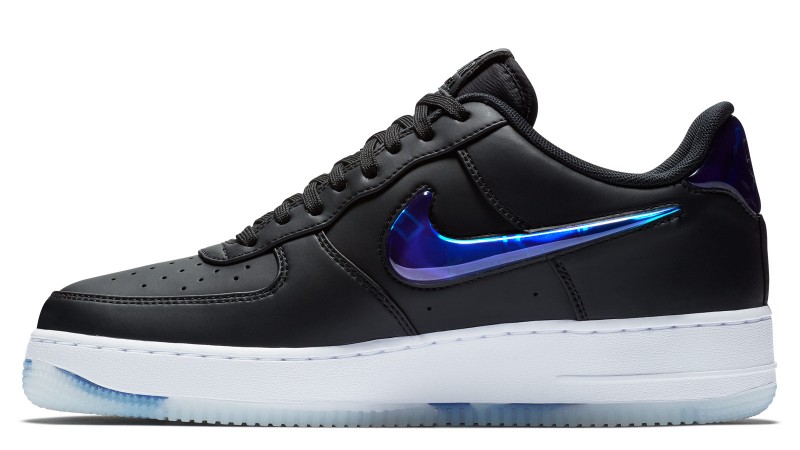 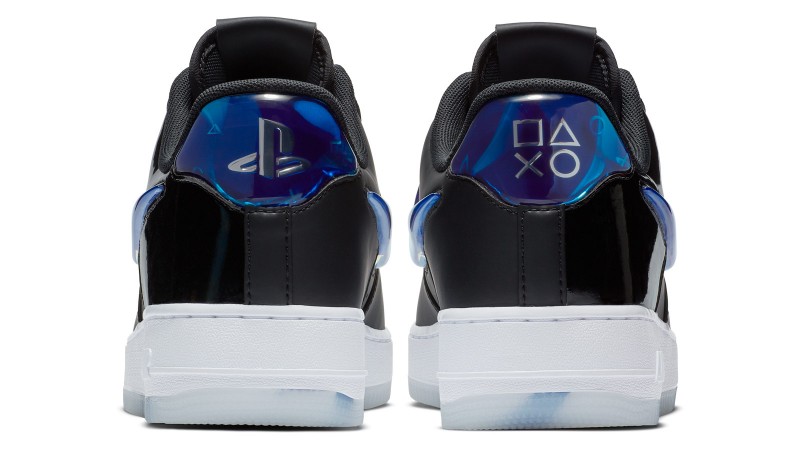 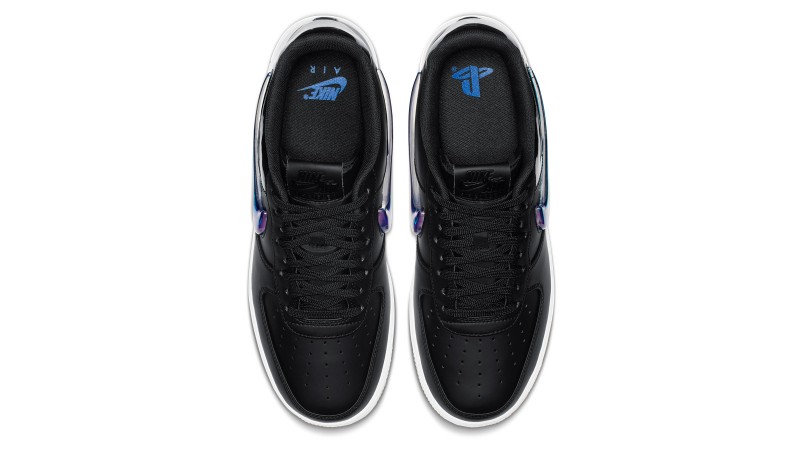 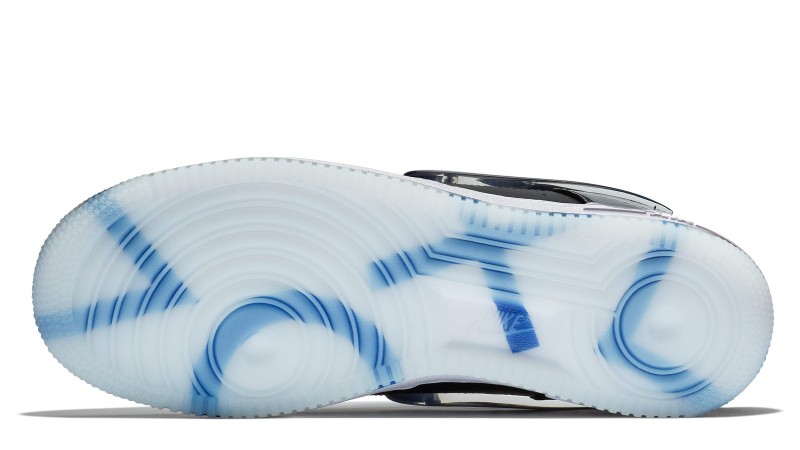 According To PETA, Animal Crossing: New Horizons Is An Unethical Game

Russia Founds An Esports School For "Fighters Of The Virtual Stadium"