Home » News » Katamari Damacy Is A Horror In Disguise

Bright colours, upbeat music, quirky gods, and collectables. Katamari Damacy is a cutesy fun time, right? Wrong. It’s all about causing a planet-wide avalanche that devours everything in sight, picking up people and buildings and throwing them to the side like a sentient tornado whose one goal is to horde humanity’s belongings until there’s nothing left. I can picture it now, a Cloverfield-like human perspective where people run to the subway tunnels so they can hide from the little green alien ripping their cities apart senselessly. It’s terrifying.

While you’re playing, it seems like a harmless arcade game where the goal is simply to get the highest score in the fastest time, but think about it from the people on the ground’s perspective. They’re minding their own business, driving their cars, fishing, going to the shops, doing whatever it is that the Katamari citizens do, only to see a small ball made up of crabs, mousetraps, and eggs barreling toward them. First, their dog is eaten up by this growing black hole, then their neighbour, then their car, and then their house, all before it rolls over them too. They might run away in terror, but this thing is fast, and picking up speed the more items it devours.

There’s folklore about demons called Ala which have giant mouths and large wooden spoons, gobbling up anything in their path. Typically, Ala eat animals and people rather than skyscrapers, boats, and a bunch of pylons, but it goes to show that, throughout history, we’ve always been terrified of all-consuming mythological creatures who have no purpose in life but to consume. They’re the embodiment of greed, one of the seven deadly sins, after all. The Prince and the King of All Cosmos are no different. They’re not gods or deities or all-powerful watchers – they’re demonic beasts, ravaging without restraint. 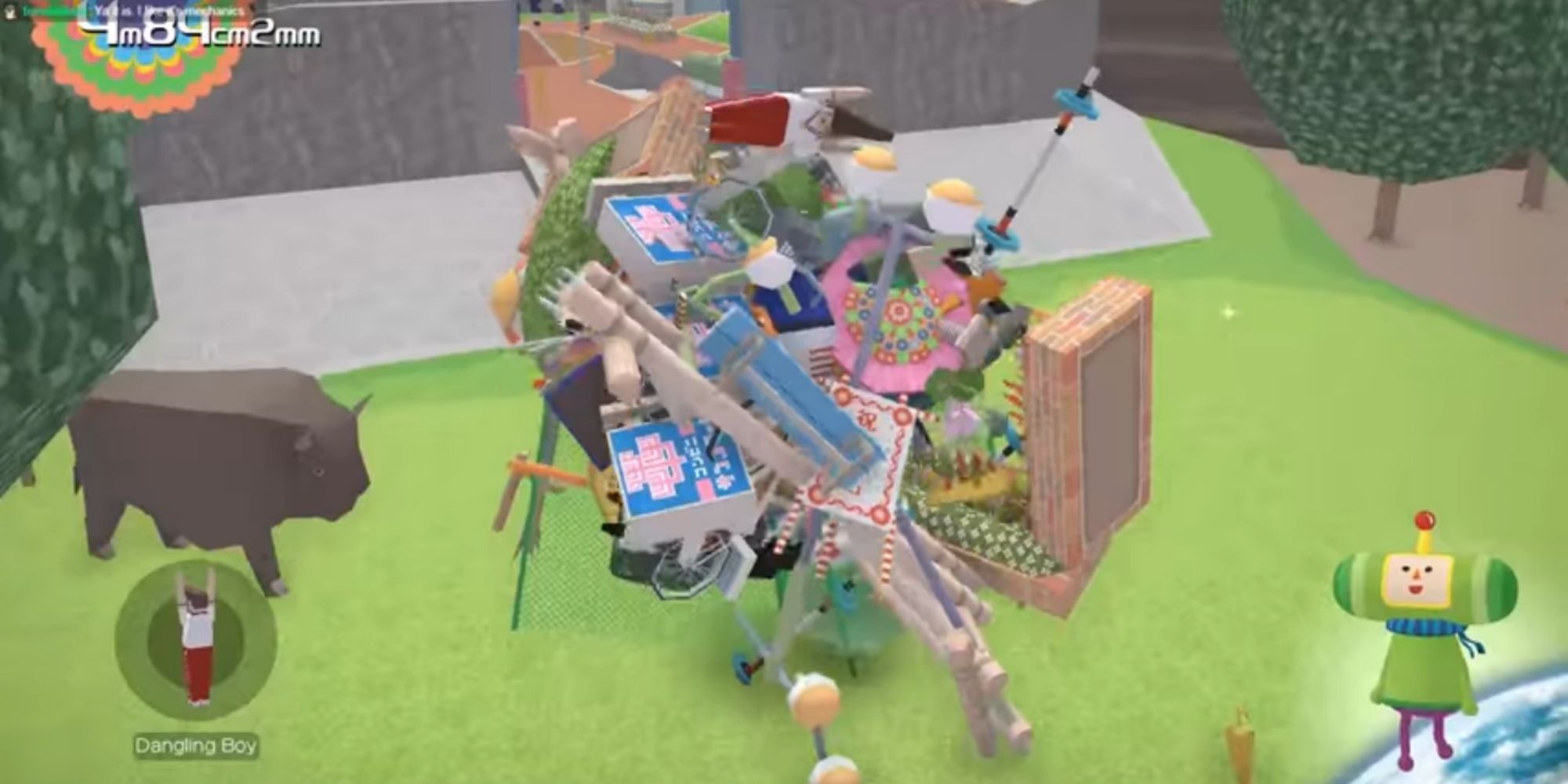 All of this is to say that if you’re itching for a spooky game on Halloween but loathe horror and all things creepy, Katamari is a pretty good pick. Rather than hiding from Xenomorphs in lockers or fending off infected crewmembers who now sport flesh-ripping hooks for limbs on a derelict spacecraft, you can listen to some funky tunes while you usher in the apocalypse. You get to be the monster, scaring away hapless bystanders in a rush of terror while they can do nothing to stop you. It’s like a Godzilla game, but instead of hopelessly firing off rockets and desperately rushing to safety, you get to smash up the city and crush the military under your lizardy feet.

But more than that, looking at why we’re doing this makes this cosmic-level horror all the more terrifying. We aren’t just devouring Earth for fun, but because the King of the Cosmos wiped out all the stars in the sky after getting shit-faced. How many civilisations and budding species were wiped out because of a night out gone wrong? And we’re hoarding these Earthly possessions to make new stars, wiping out another civilisation just to tidy up the King’s mess. And when we’re done, he’s only one more drunken fit away from destroying all life again. It’s an endless cycle of destruction so extreme it’s hard to imagine. But at least we get to roll up a ball and enjoy that dopamine rush of ruining lives.