Kena: Bridge of Spirits was one of the unexpected hits of PlayStation 5’s “Future of Gaming” stream back in June, and now fans have even more to be excited about. Today, developer Ember Lab announced that Kena will offer a free upgrade to the PlayStation 5 version for those who pick up the PlayStation 4 release.

With this news, Kena: Bridge of Spirits is the latest game to join the trend of free upgrades from current-generation hardware to next-gen consoles. According to a tweet from developer Ember Lab, the PlayStation 5 version will retain the same visual style while receiving graphical improvements. The PS5 version will also take advantage of next-gen features of PlayStation 5. The studio also said it doesn’t know if it’s a PS5 launch title, and that it’s simply shooting to release before the end of the year.

Kena: Bridge of Spirits is set to launch on PlayStation 5, PlayStation 4, and PC (via Epic Games Store) holiday 2020. 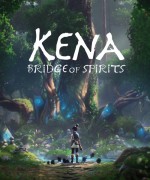 PS5 could end up the biggest console launch of all time