League of Legends: Wild Rift is the series' answer to mobile, bringing the hero-based battles to handheld devices, and this month, it's getting a new mode and a new event. Until April 10, you can enjoy Elemental Rift, the first iteration of this limited-time mode.

But if you're more into fashion, there are two new skins – Pajama Guardian Lux and Ezreal. You can have a little sleepover with your pals in some League-themed PJs. Or you can jump onto the battlefield with them like you're Count Dooku in Battlefront 2. Nothing says intimidation like a onsie.

There are some sleep-themed accessories too. You can get two new emotes – fast asleep and soon – as well as a new mushroom icon called A Puzzling Reward. Aesthetic is important when you're competing in a battle of life and death. But when the limited-time mode ends, there's an event to look forward to – Wild Puzzle. It tasks you with putting "the pieces together" to get some "fun rewards." You can check it out on April 16. 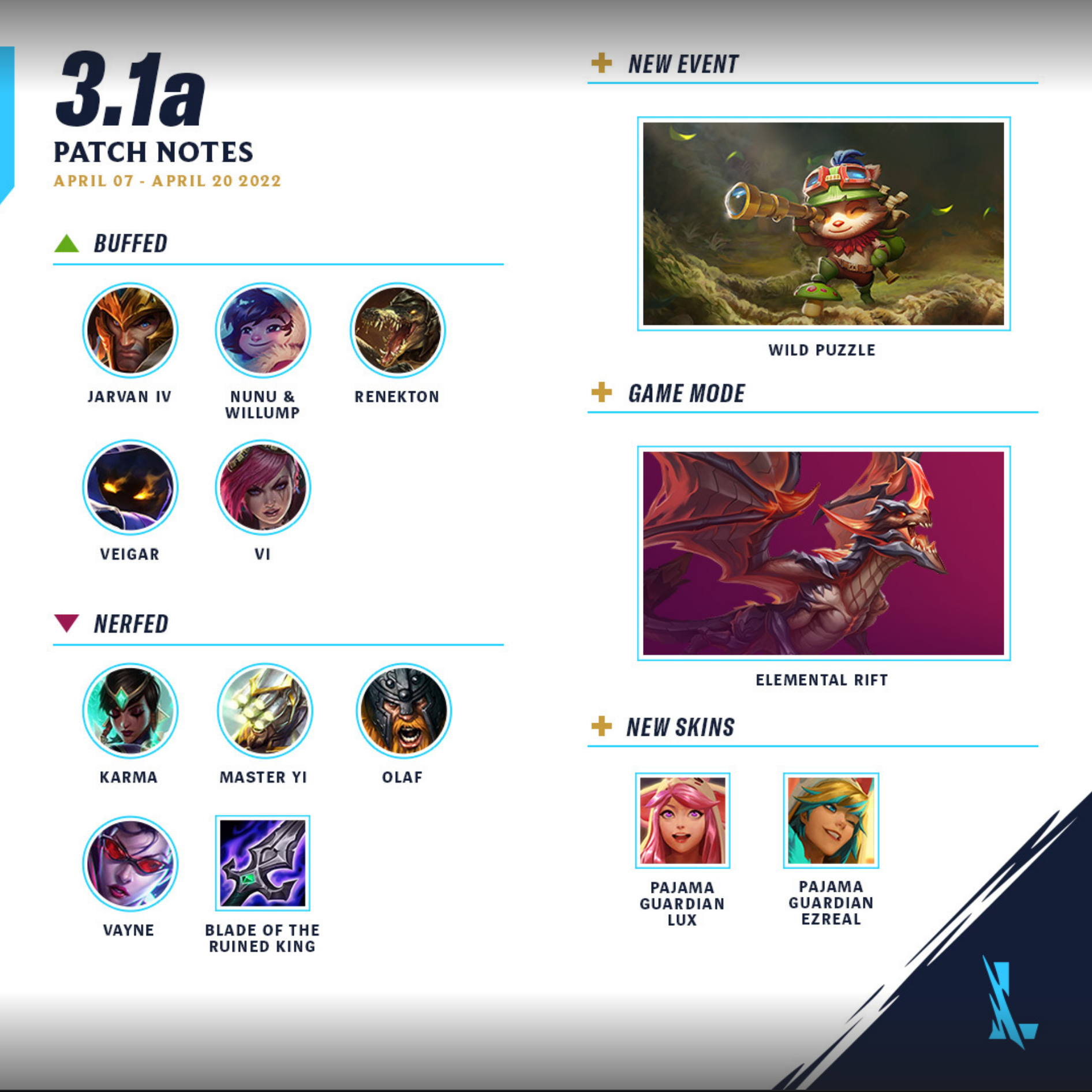 Aside from the big updates, there are some balancing tweaks to the champions. Jarvan IV's attack speed has been upped by five percent in each segment, while Karma's maximum Inner Flame damage has been lowered from 340 to 310.

Nunu & Willump's armour per level has been upped from 3.5 to 3.9 while their damage AP ratio has risen from 50 to 65 percent. Damage per snowball has also increased from 7/10/13/16 to 8/12/16/20. Minimum base damage and maximum base damage have also seen an increase, buffing them across the board.

Olaf's Reckless Swing ability, however, has had a nerf in damage, while Renekton has had a buff in their health per level which has risen from 105 to 115. Then there's Vayne whose bonus movement speed has decreased from 90 to 70 along with their bonus attack damage. Meanwhile, Veigar's Event Horizon cooldown has decreased. Vi's base damage has been upped to 68 and, finally, Aram's max healing ratio has been halved from five to 2.5 percent.