Finding Hidden Stories in Lost Ark is far more than just collectible hunting. Filling out these side stories in your Adventurer's Tome not only counts towards a continent's completion, granting bonus rewards, but each Hidden Story you discover adds to your Virtue Stats.

These stats, such as Charisma, Wisdom, Kindness, or Courage, are essential to leveling up with certain Rapport NPCs. Meeting these Virtue Stat requirements with certain Rapport NPCs can also unlock whole new quests and other rewards. While West Luterra is one of the first continents you'll come across in Lost Ark, its Hidden Stories are some of the lengthiest to track down. Here's how to find them.

7 What Makes A Hero 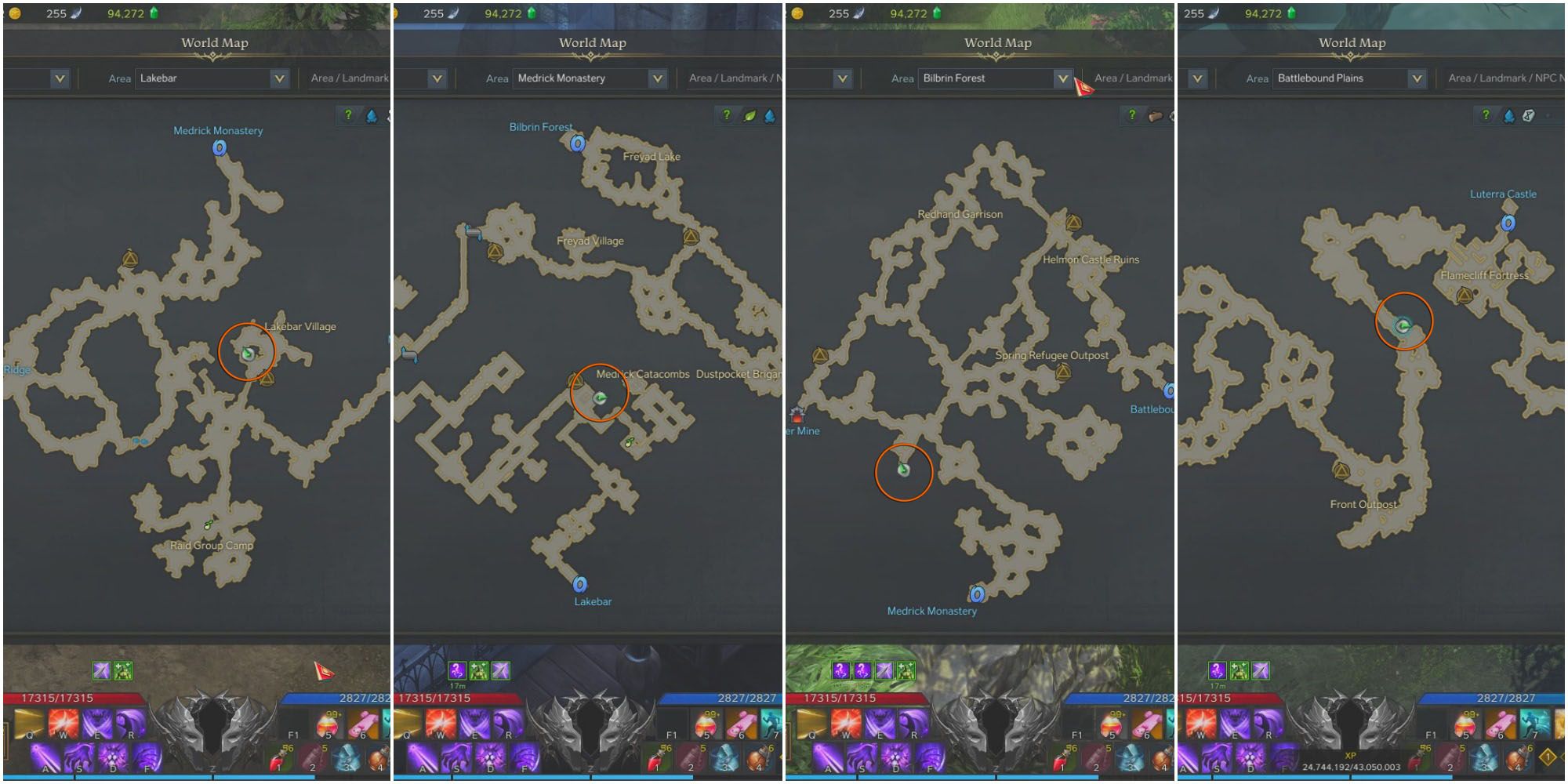 What Makes A Hero delves into the adventures of the legendary peddler, Lynnis of Lakebar, who stepped above his station to help in the Chain War. 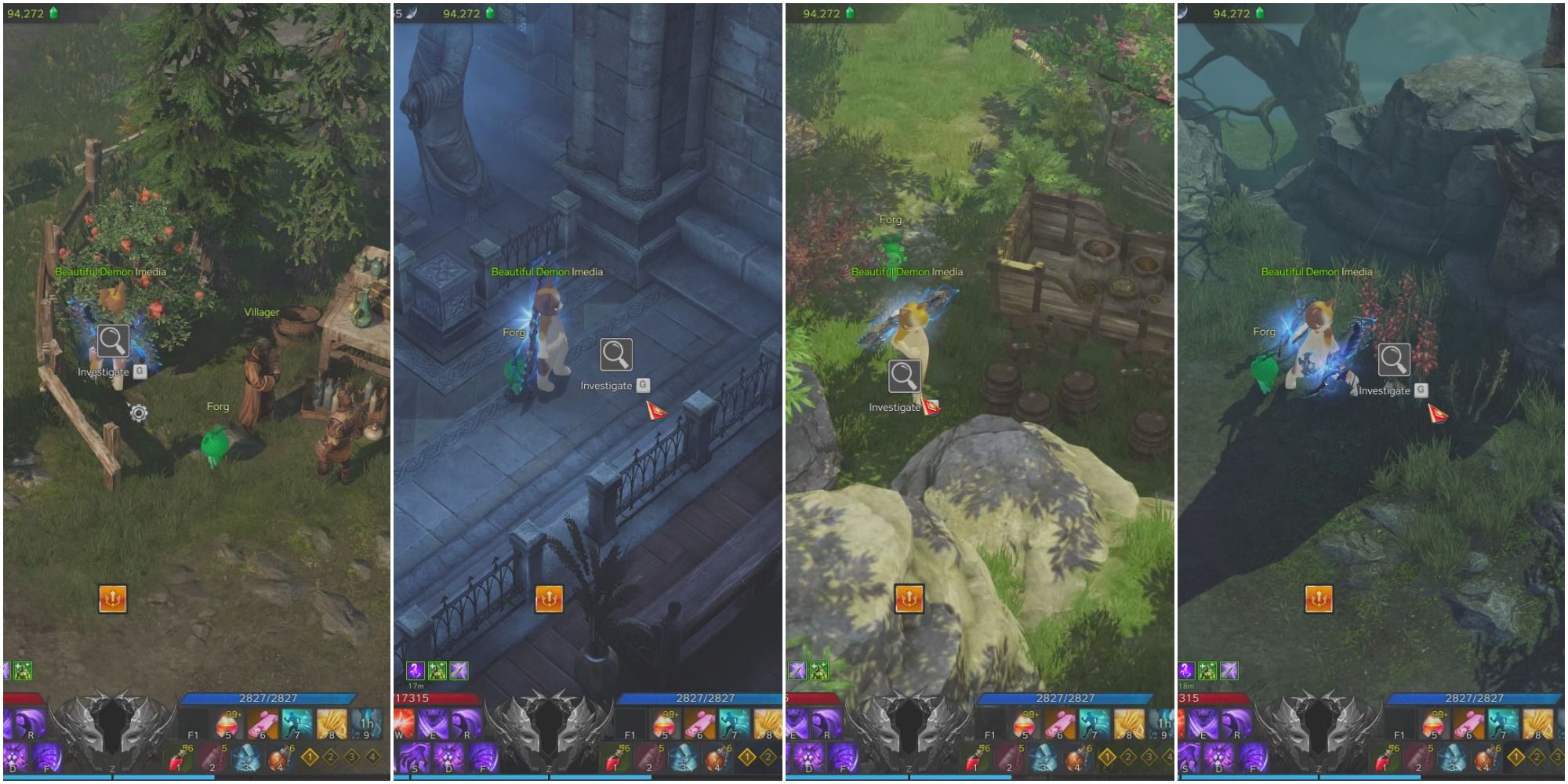 There are four pieces to the What Makes A Hero Hidden Story, the first of which can be found in Lakebar. From the Triport, head north and just past Evien the General Merchant NPC. You will find the first note in what appears to be an orange tree.

From there, head to Medrick Monastery, and go east from the Triport, hugging the wall. In a nook just to the right of the stone statues, the second note sits on the floor.

Your third piece is in Bilbrin Forest. Start at the Grayhammer Mine Triport and make your way east. Head into the first southern nook you come across and into the little village with Toibonen. In the southernmost alcove, to the left of a carriage filled with sacks of grain, Lynnis' diary can be found.

What Makes A Hero ends in Battlebounds Plains. Starting from the Front Outpost Triport, head northeast past all the Insane Elementals. Lynnis' final note can be found amongst some red flowers growing beneath a rocky outcrop just before the landbridge to Flamecliff Fortress. 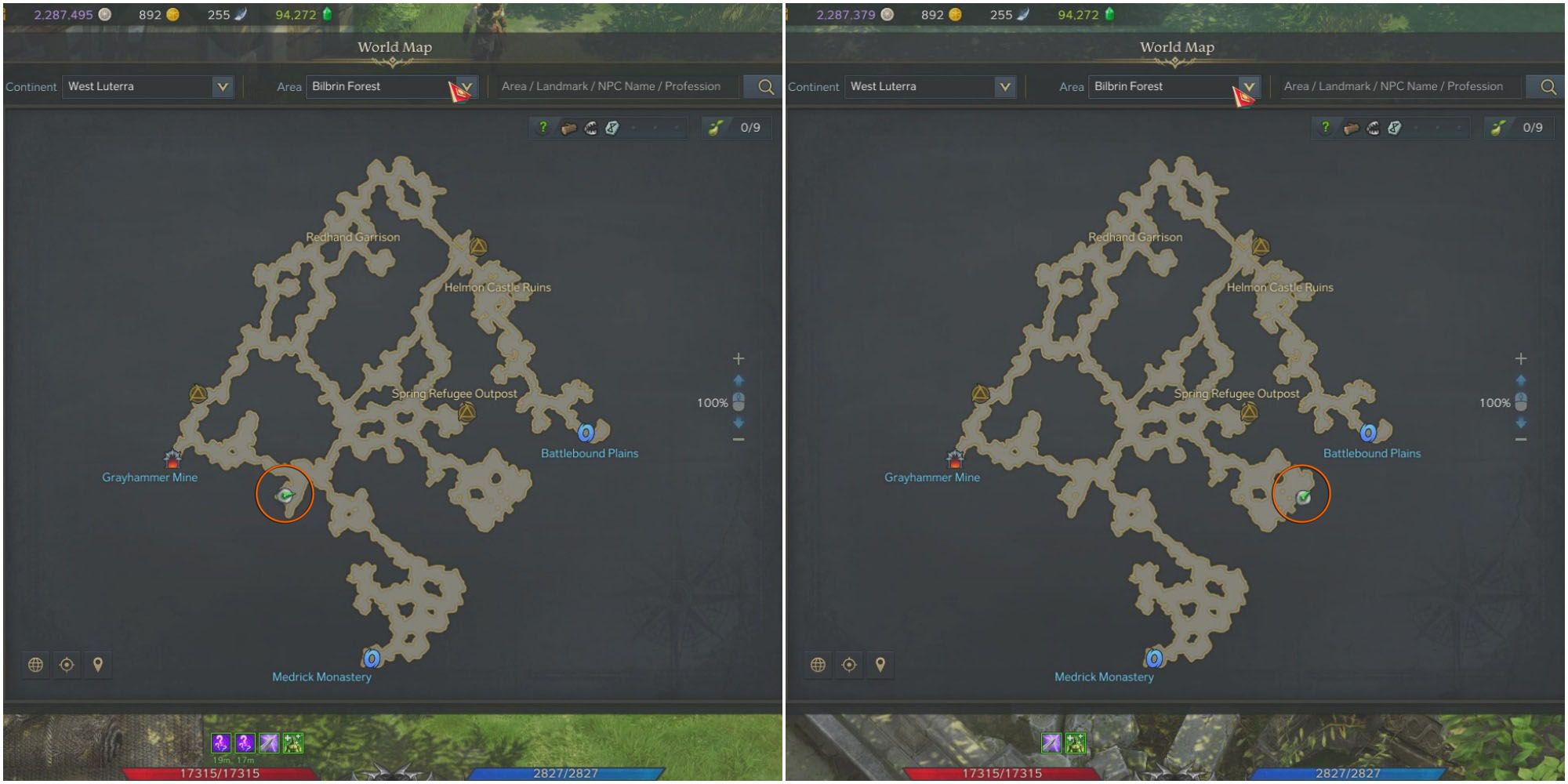 This Hidden Story tells the sad tale of a deceased mother who left loving letters for her daughter to find in Bilbrin Forest. 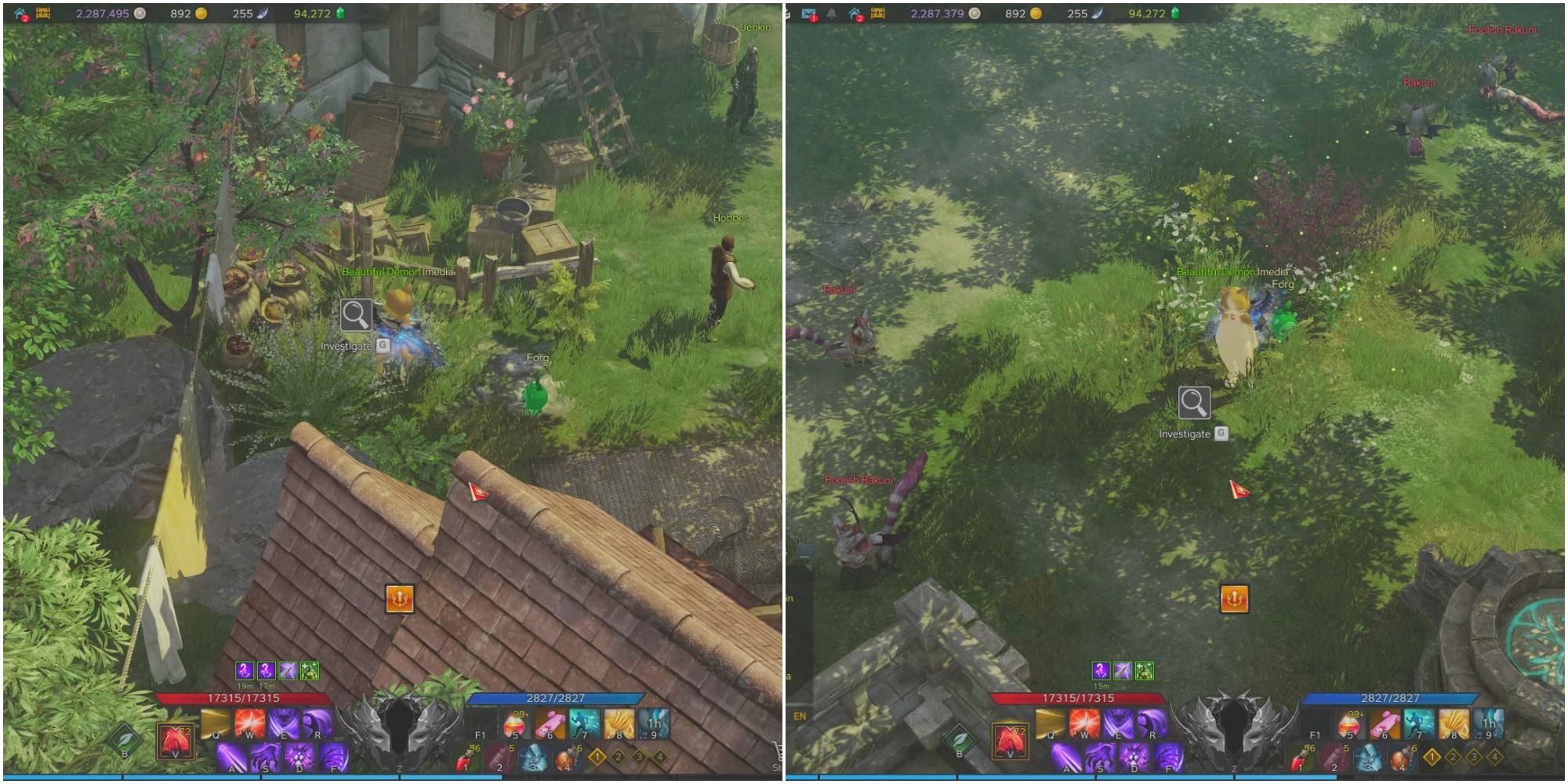 Your first Hidden Story piece can be found in the same Bilbrin Forest village as one of Lynnis' letters. In a southern nook found just to the east of the Grayhammer Mine Triport, you can find NPCs Toibonen, Jenkin, and Hobbes. Continue past Hobbes to find the first Lost Letter in a bushel of lavender.

Next, head to the Spring Refugee Outpost Triport, and from here make your way southeast to an offshoot filled with ruins and Foolish Rakunis. Just north of the Vista in this area, the final Lost Letter is lying on the open ground. 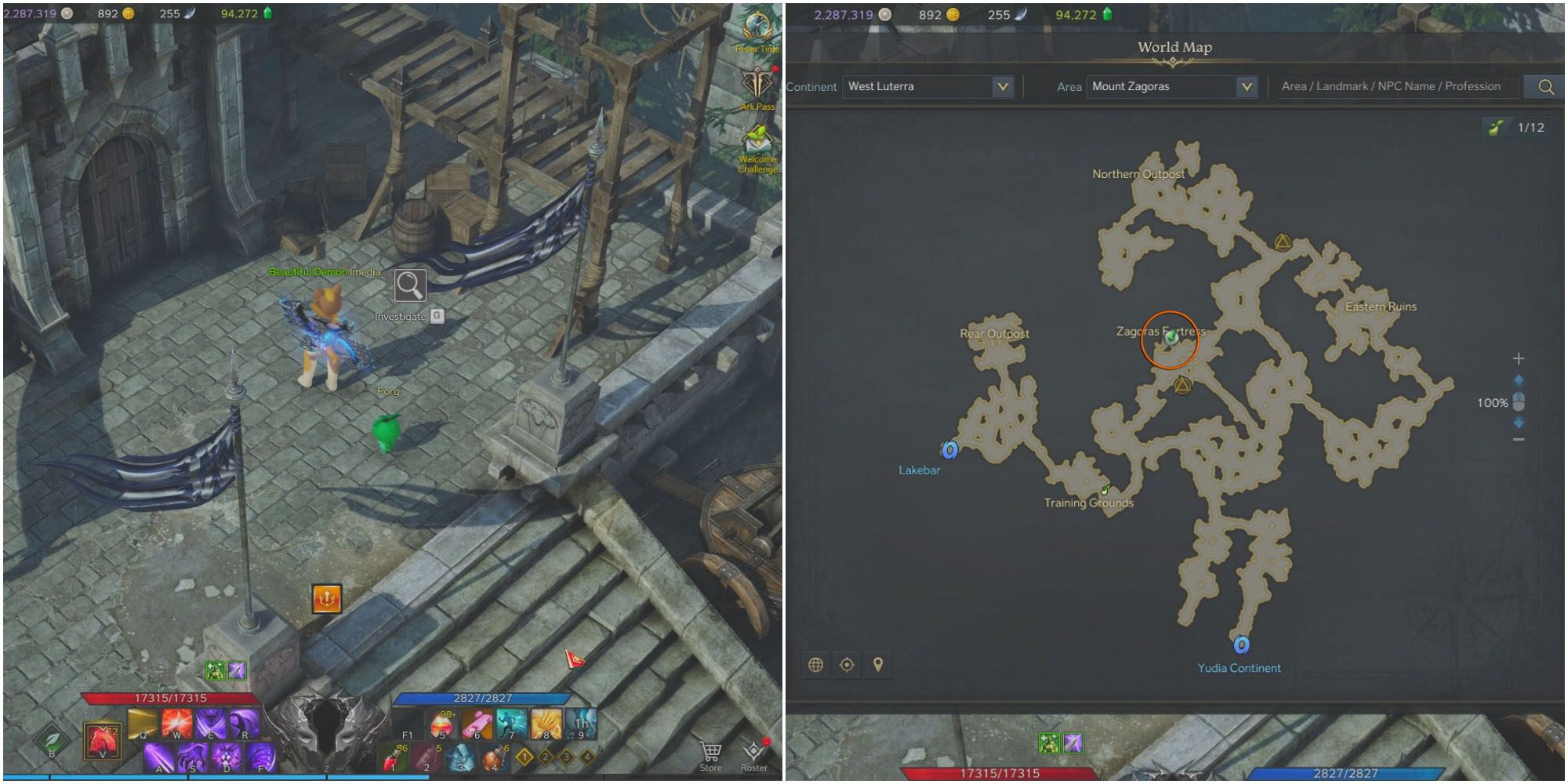 While Meehan is certainly not the most charming of NPC characters, this Hidden Story shows the wholesome history behind his loyalty to Thirain.

Travel to Zagoras Fortress in Mount Zagoras. From the Triport, continue past the well and up the stairs. To the right, you will find some scaffolding, and amongst the barrel and crates is Meehan's diary, detailing the day young Thirain bested him in a duel and asked Meehan to become his knight. 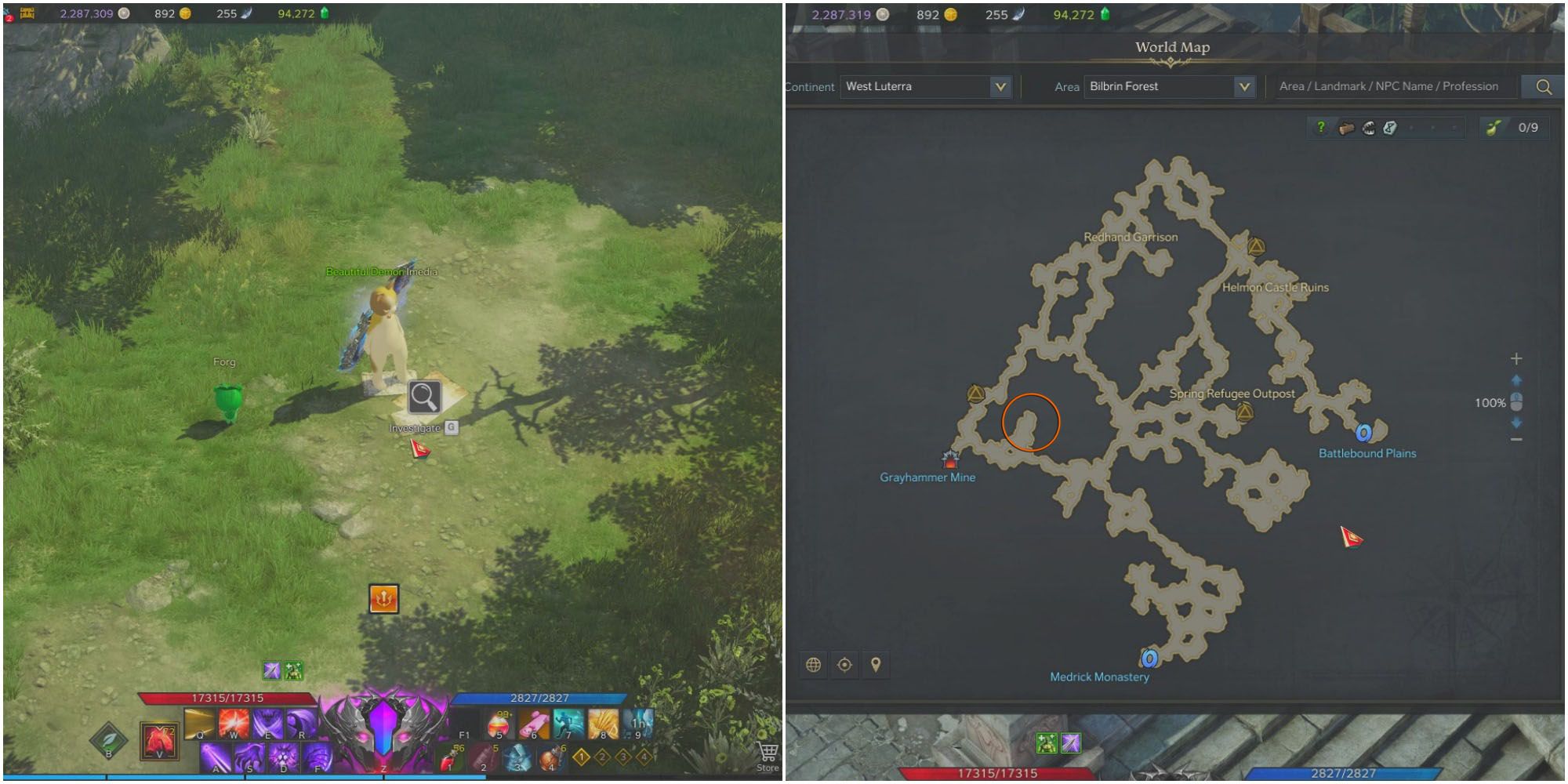 This next Hidden Story is tricky not because the location is difficult to find, but because it sits right beneath a world boss.

Head to the Grayhammer Mine Triport in Bilbrin Forest and head east. In the first northern alcove you come across, you can find the world boss Rovlen. While it's a level 25 monster, it also has 23 health bars, making it a slog to cut through even at a higher player level. If you can avoid its AOE attacks, killing Rovlen will reveal a Hidden Story diary entry beneath it from one of Cassleford's men. 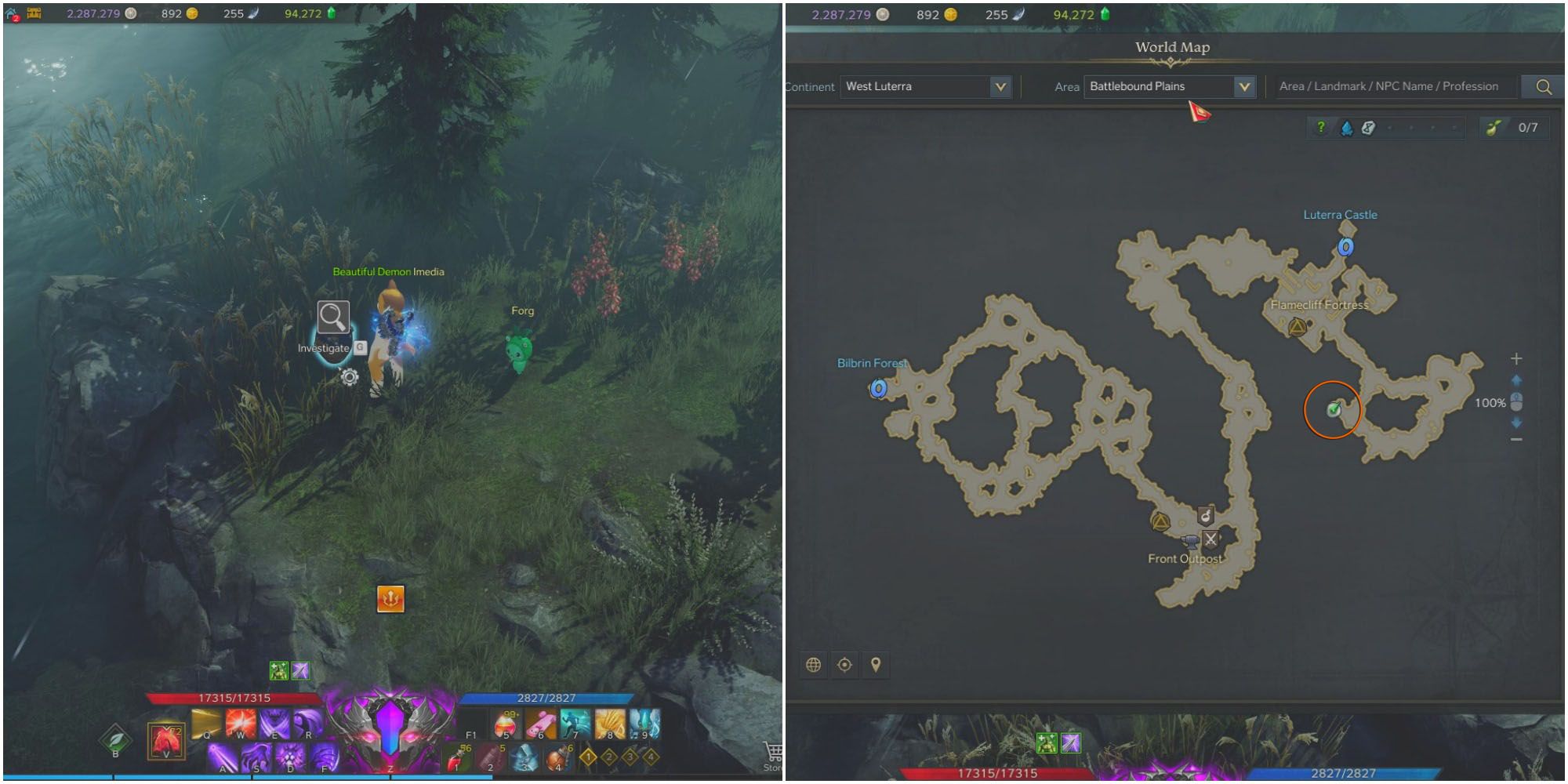 It is a little macabre, but the Regent's Donkey Ears Hidden Story can be located in Battlebound Plains. It seems a cursing voice can be heard in the area.

Travel from the Flamecliff Fortress Triport just to the southeast, keeping along the southern coast. In a little nook right by the lake, where you can also find the Hellhound of Obscured Chaos, there is a ceramic pot. Clicking on it reveals that there is the voice of the executed Enplotte comes from inside, cursing out his boss Scherrit. 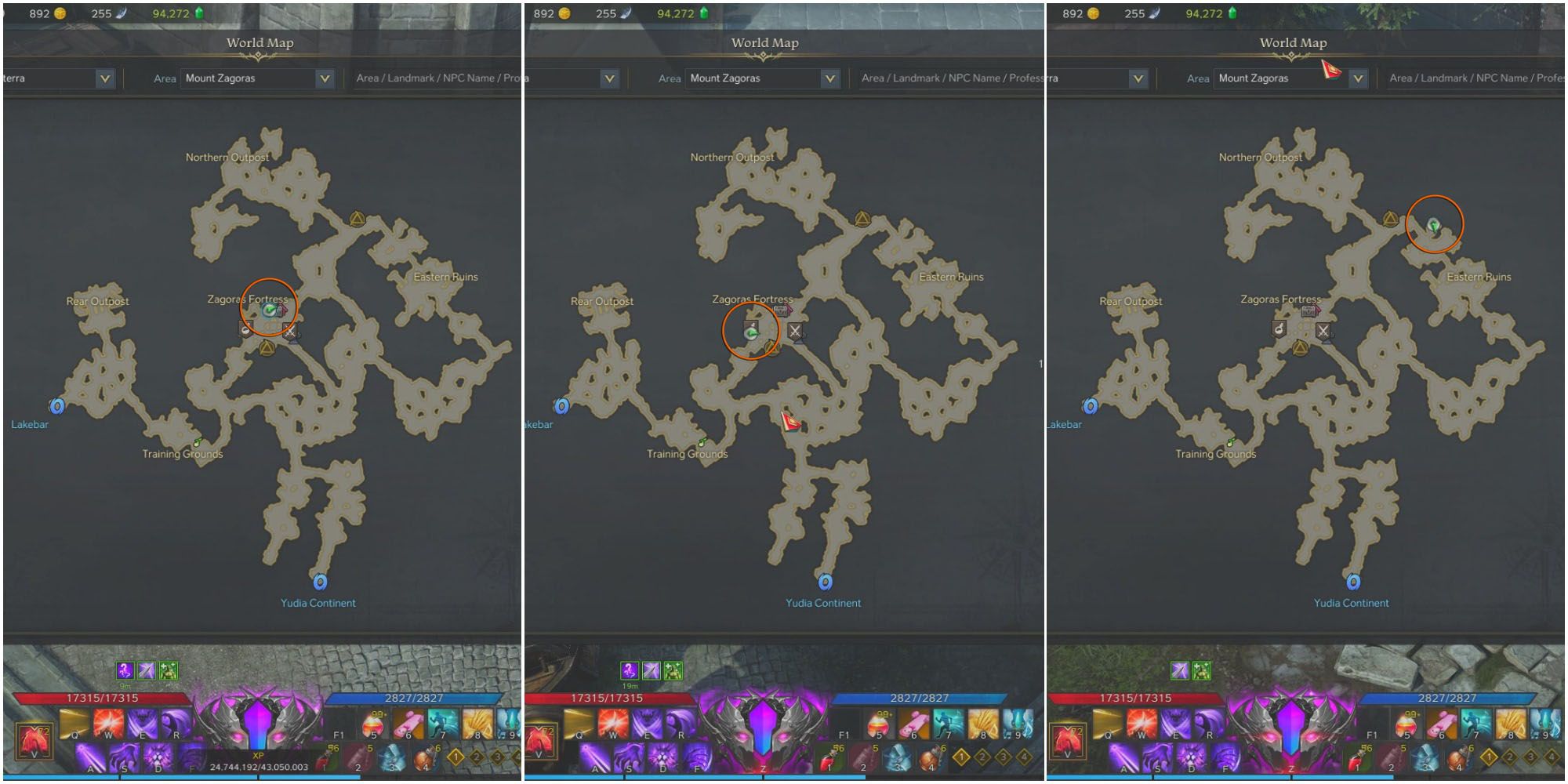 The Well Ghost Story Hidden Story might be a little longer to gather, but be sure to bring your tissues with you. 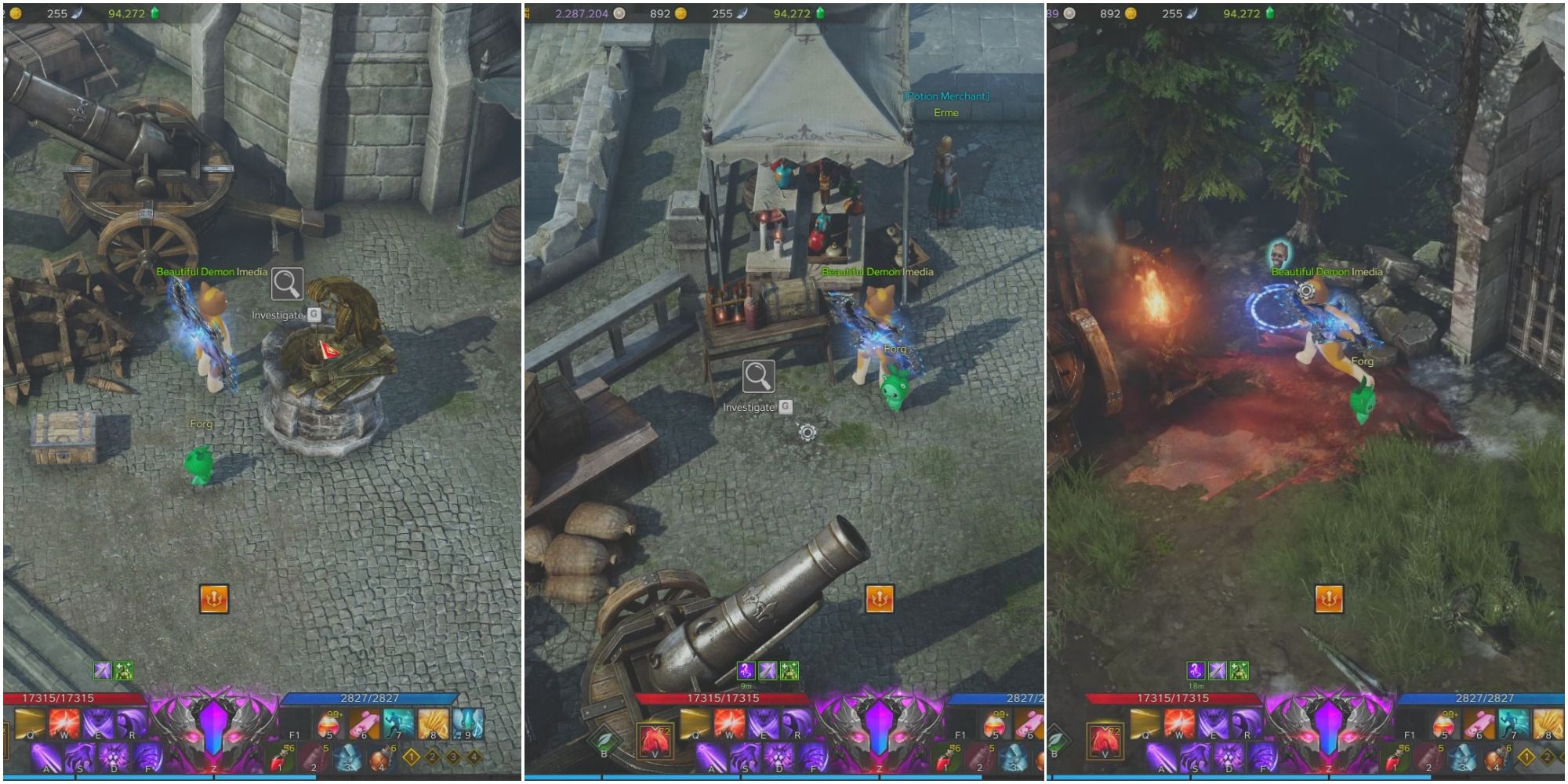 As the name suggests, the first piece of this Hidden Story is found by the well in Zagoras Fortress. Investigating this spot uncovers the tale of a soldier who saw the ghost of a woman by the well one night. His fellow soldiers dismiss him, insisting it must have been the potion merchant.

It only makes sense that the next piece is also found in Zagoras Fortress, this time below the alchemy workstation just below the Potion Merchant Erme. This note reveals that after the soldier spoke to Erme, it became clear the woman by the well was not her. When the soldier saw the ghost again the next night, he followed her into the Eastern Ruins.

From the Eastern Ruins Triport, travel a little to the east and then up into an alcove with two cannons, a closed gate, and what appears to be a puddle of blood amongst the rubble. Lying in the rubble is a human skull. Interacting with it delivers the final twist of this Hidden Story. 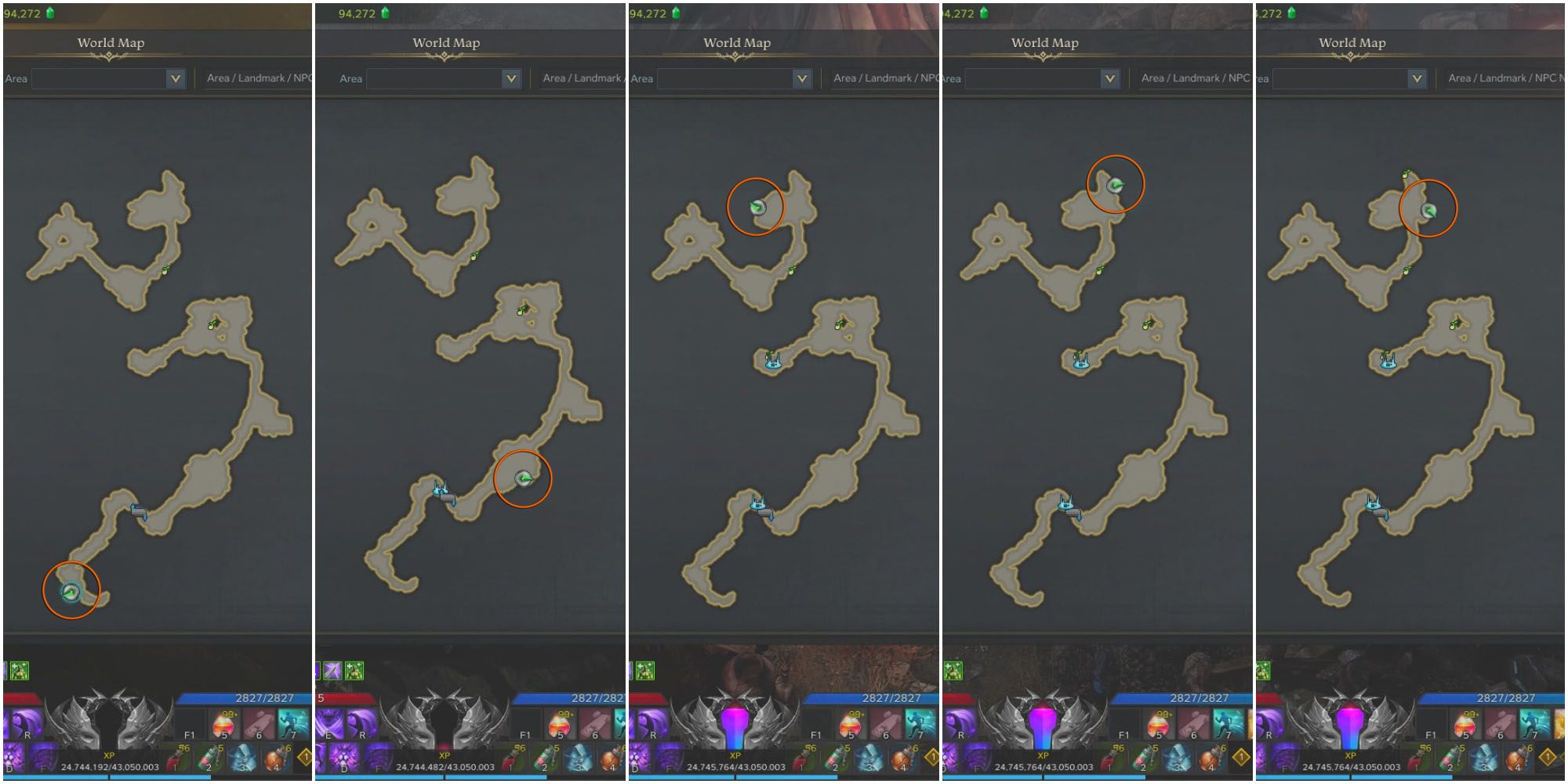 The last Hidden Story in West Luterra is a bit of a doozy, but luckily all of its parts can be found in the same place: the Grayhammer Mine Dungeon in Bilbrin Forest. 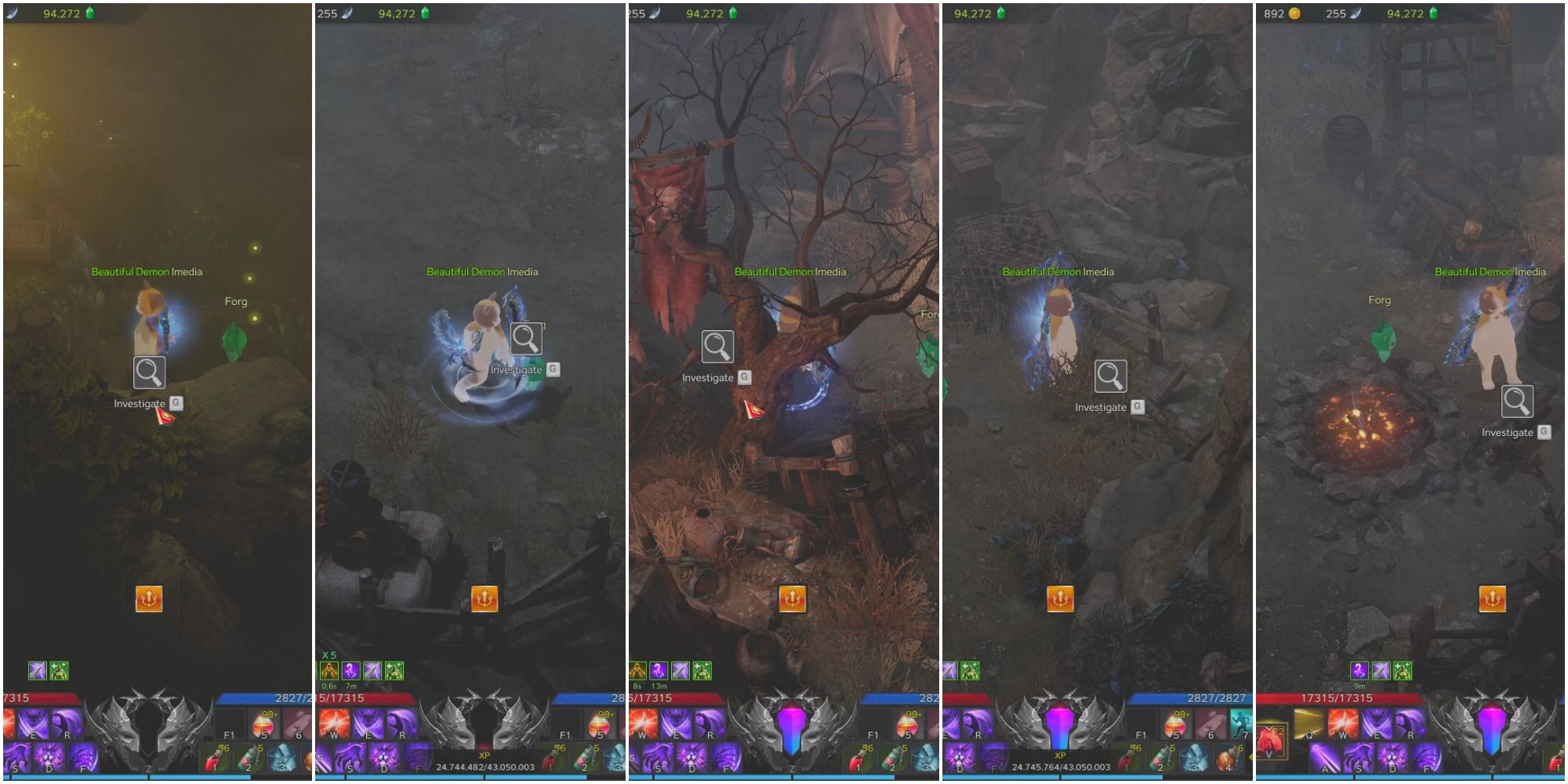 Your first piece to the Sleight of Hand story is found right by the dungeon entrance, to the right of a pile of crates and barrels. The diary entry is from a trickster who intends to outwit the gamblers among Regent Sherrit's lackeys.

Make your way through the mine and down the mine elevator. After defeating all the brigands and Darkness Cragoliths before the gate, destroy the scaffolding in the south of this area to reveal the second Hidden Story piece. This note seems to reveal that the trickster was caught in the act.

The next three pieces can be found after taking the minecart that delivers you to the second half of the dungeon. After reaching the locked quarry gate in this area and defeating Blood Mage Boun, you can locate the third part behind the gnarled three in the west part of the alcove, beneath some red banners.

The fourth part is to the north of this alcove, hidden amongst some bramble along the eastern stone wall. You can also find a Mokoko Seed tucked into a doorway at the very top of this area!

Lastly, the Hidden Story concludes with the campfire to the east of this small area. To the right of it lies a charred corpse that can be investigated. But is it the body of the trickster, or the gambler he tricked?