Home » News » Lost Ark: Where To Find Every Mokoko Seed In Vernese Forest

The Vernese Forest area of Lost Ark can come as a bit of a shock when you arrive in it. It has a huge maze-like map, crisscrossed with an aerial walkway that makes it hard to navigate. To make matters worse, there are just two triports and hardly any vendors. In short, this place is hard work.

But on the plus side, there are 10 mokoko seeds hidden around the place for you to collect. Be aware that you’ll have to have learned the song Forest’s Minuet to get to two of them, while two more are in a secret area. But you can find out exactly what you need to do, and where, in our walkthrough below. 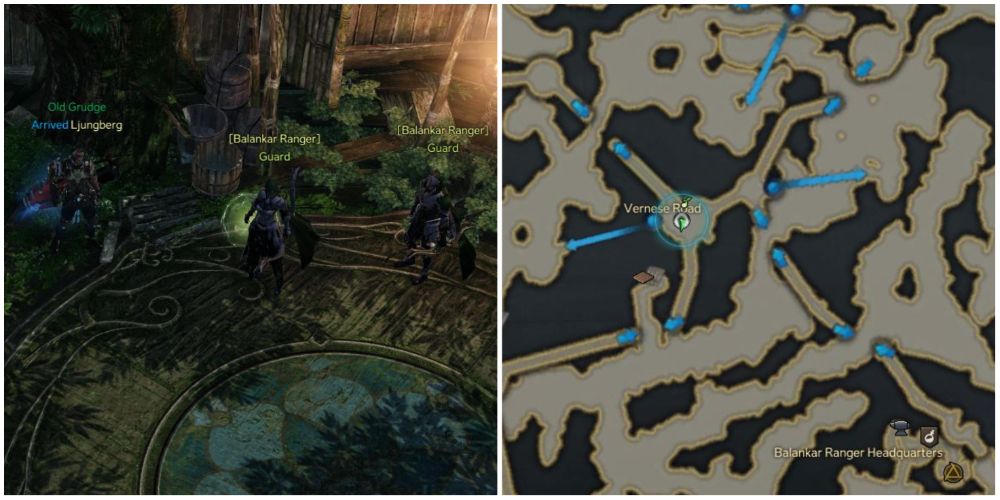 Start out from the Balankar Ranger Headquarters Triport. Go across to rapport NPC Payla and head past him east up the stairs. Go south at the top and head southwest from the next platform, along a long aerial bridge.

Walk across the log at the end and continue along the aerial path, turning east at the next platform. After balancing your way across another branch, you’ll come to the Vernese Road platform, where you’ll find two Ranger guards. Behind the left one, in front of a bucket, you’ll find your first mokoko of Vernese Forest. 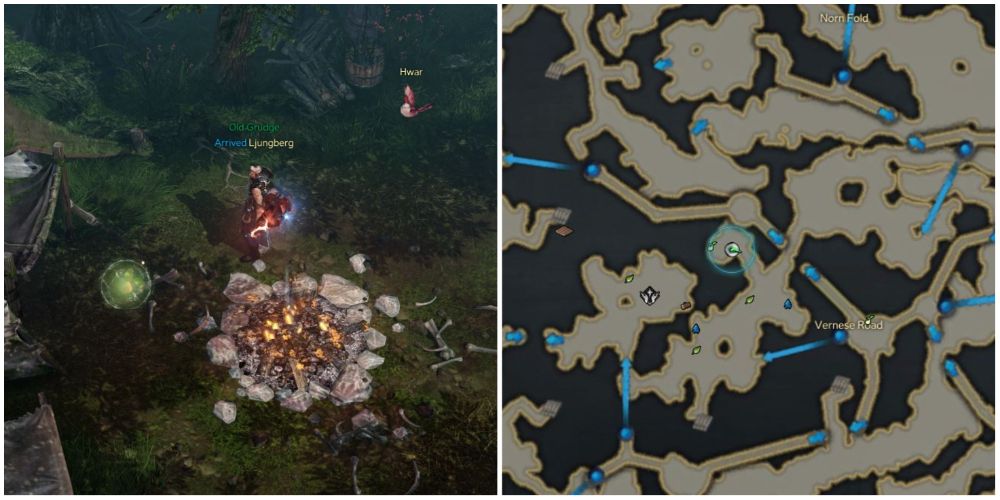 From the Vernese Road platform, take the rope slide down, heading west. At the bottom, go directly north to a small crossroads with dead-ends to your left and right. Take the left fork (northwest) into a small clearing. There’s a seed on the ground just to the left of the campfire. 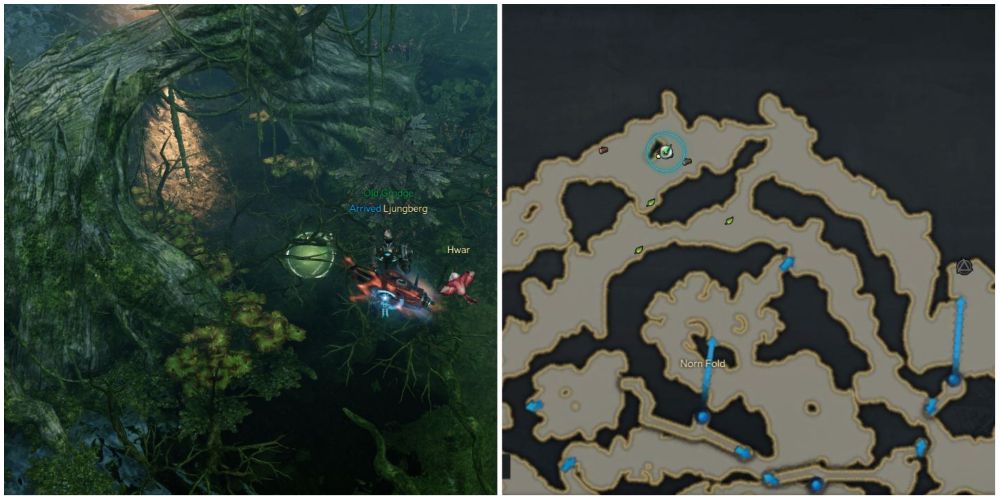 Portal over to the Norn Fold Triport, near Gorgon’s Nest. Head to the west of the area you arrive in and then follow the path north and then northwest. You’ll come to a small bridge made from an old tree, next to Adventurer Ires.

Go across the bridge west into a clearing. There’s a fallen tree in the centre of it with a mokoko seed between the two twisted tree trunks, on the south side in the foliage. 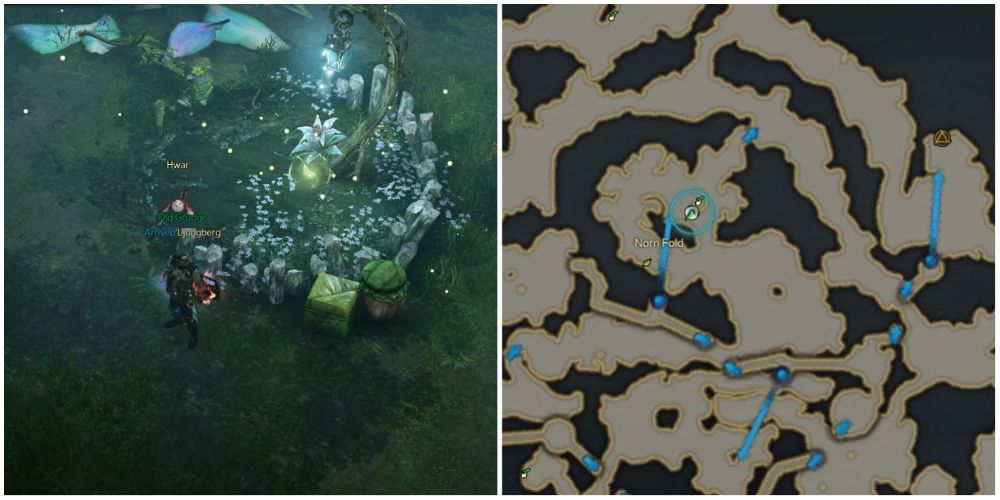 From the third seed, leave the area west and walk through the next clearing as it heads southwest. At the clearing’s southern tip are two exits – take the left one, heading south and then southeast across the swamp. Stick to the north side of the path, and you’ll come to a nook with a spot where you can climb up the rocks.

Climb up, then head east until you get to a large clearing, at which point you need to head immediately north, sticking to the left edge as you enter Norn Fold. You’ll see a small round hut covered in bright flower petals. Walk past it on the left, and you’ll see a wooden-planked path heading north into the fairy village.

There’s a little white fence right in front of you, circling a lamp. And your fourth mokoko is at its base, obscured by a large white flower. 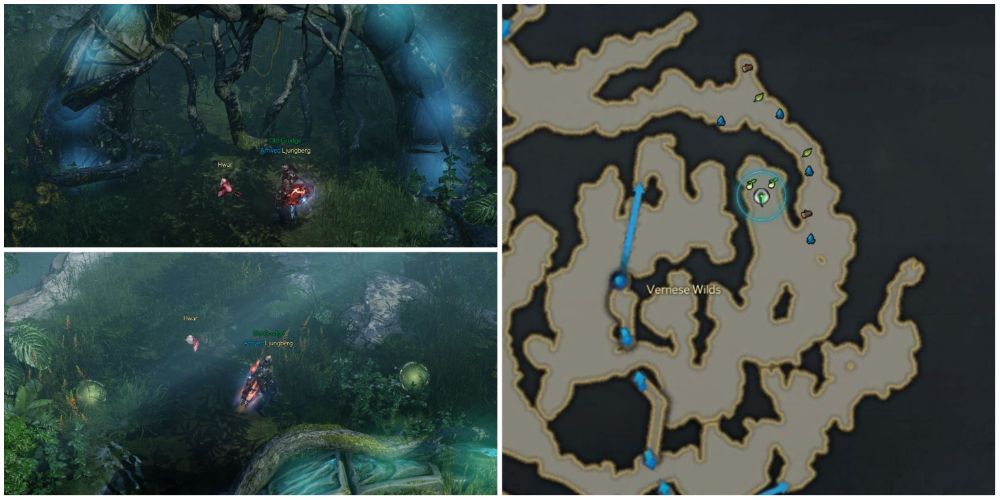 Warning: You need to have learnt the sheet music Forest’s Minuet to be able to get to the next two mokoko seeds. Leave Norn Fold by the jump to the north, turning east on the path you land on. Follow it as it winds east and south, all the way down into the Vernese Wilds.

As you go into its first large area, go west a few steps, and immediately north into a short dead-end path. At the end, a glowing blue archway blocks your path. Play the song Forest’s Minuet and the vines will clear, giving you access to a small clearing with two seeds sat on the grass. 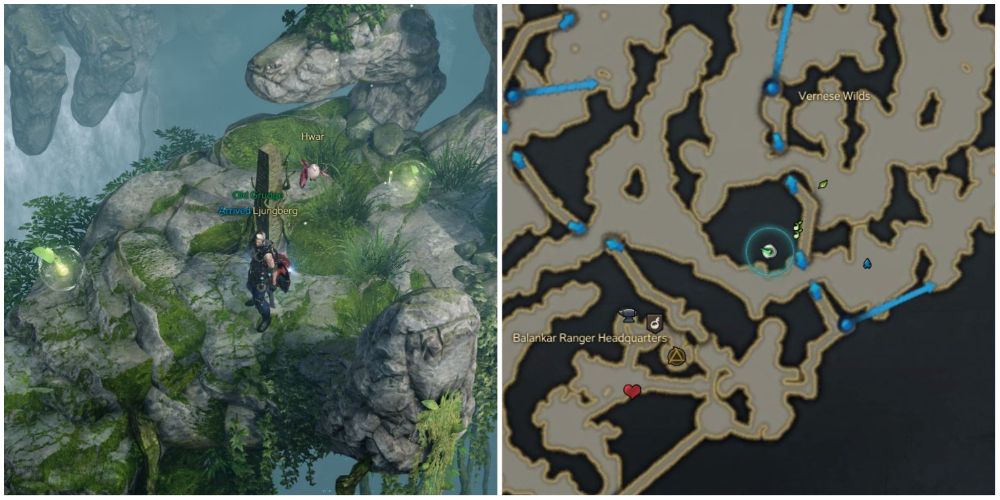 Head back to the Balankar Ranger Headquarters and up the long wooden stairs east onto the raised platform. Cross the area and leave by the eastern exit, following the path north. At the fork, take the rope slide down, heading northeast.

Once on the ground, follow the path northeast to the end. You’ll go up some stone steps which have been shaped into a hand. In the palm of which you’ll find your next two mokoko seeds. 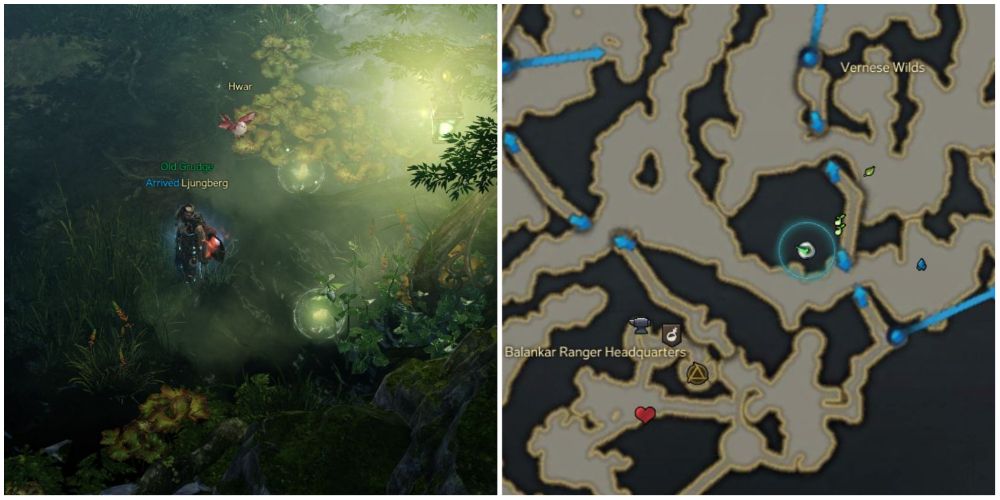 From the hand, head back southwest to where you landed from the rope slide – and keep following the path west. Go through the next clearing, and just as you leave, you’ll get a notification saying you’ve entered an area called Balankar Ranger.

Just afterwards, you’ll come across three Forest Rats at the north of the path. They’re passive, but you need to defeat them. Once you have, a climb point will appear up the rock face to the north. At the ledge you arrive at, you’ll find the last two mokoko seeds of Vernese Forest together in some shallow water over on the east side.

Rust: A Complete Guide To Vehicles

What Your Starting Class In Elden Ring Says About You