The final starter character Lovecraft’s Untold Stories 2 is quite the doozy. She is simultaneously one of the strongest characters you have access to but is also arguably one of the hardest to do well with. The Witch, otherwise known as Elizabeth Des Fleches, is very much the glass cannon of the trio.

When it comes to a successful character, you need to have as many powerful quirks and tricks as possible, whilst limiting their drawbacks. The Witch has some of the strongest abilities going but comes with one crush downside that really defines who she is as a character. Brutal, but unforgiving.

Who Is The Witch? 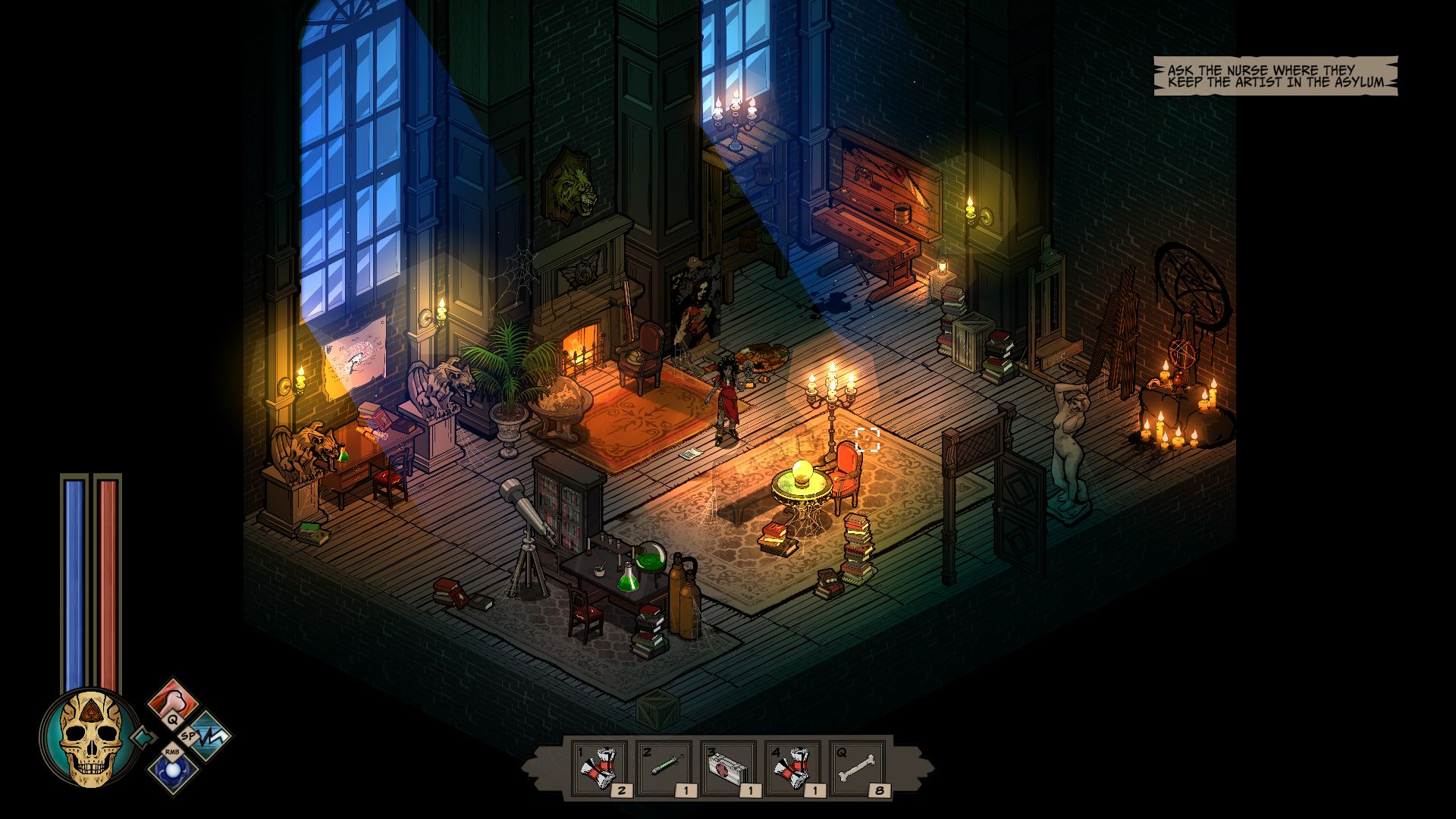 The Witch takes most of her kit from the Detective interestingly enough. She packs a serious amount of mobility, has access to powerful AOE damage, and can even stun enemies en masse. The only real difference, at a glance, is her weapon which is closer in practice to the Professor, whilst also being unique in its own way.

What makes the Witch stand out is her shockingly low HP. The Witch can die before you even know you’ve taken damage, and this makes her very difficult to play, even if her kit (which we will discuss in a moment) is phenomenal. If you want to succeed, you are going to need to hone your skills and master her mechanics. 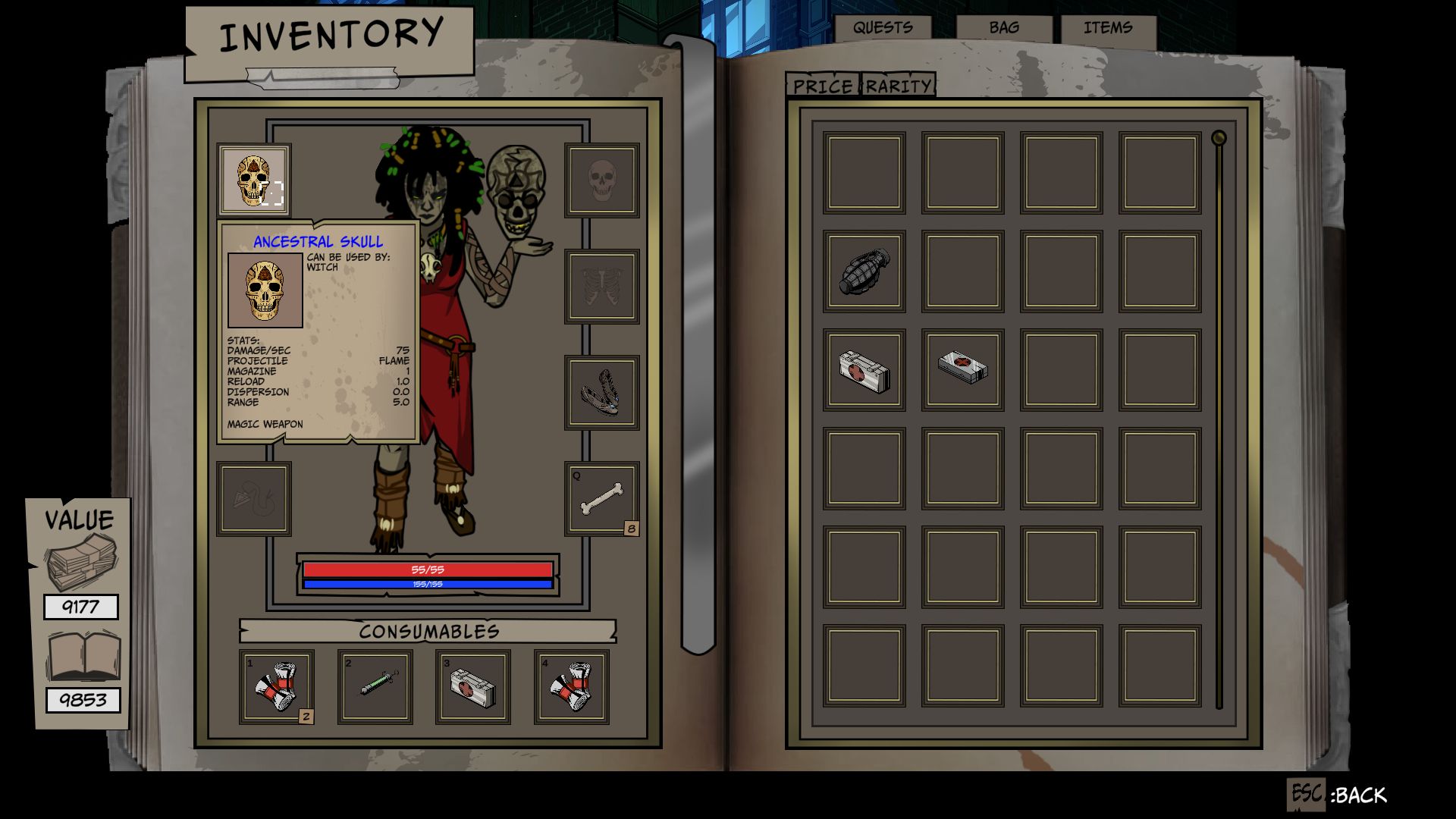 The Witch’s weapon of choice is the wonderfully efficient, Ancestral Skull. Not just a fancy trinket or disturbing heirloom, this thing packs a reliable punch.

The Ancestral Skull is a great piece of kit. Firstly, the damage. This thing hits pretty darn hard and manages to out DPS the Professor by a decent amount. In fact, she is not far off from brushing up against the Detective. Where this weapon shines, however, is in its ammo system – or lack thereof.

The Ancestral Skull has infinite ammo and never needs to reload (the stats are somewhat misleading here). This lets you fire a steady stream of flamey goodness at anything in your way. Where the other characters need to engage in a hefty reload animation, the Witch just keeps blasting.

There are downsides, of course. Range is the real kicker here. This weapon has the same range as a Shotgun which means you are going to need to get in close to deal your damage. This is especially dangerous with the Witch because her health is low from the get-go. 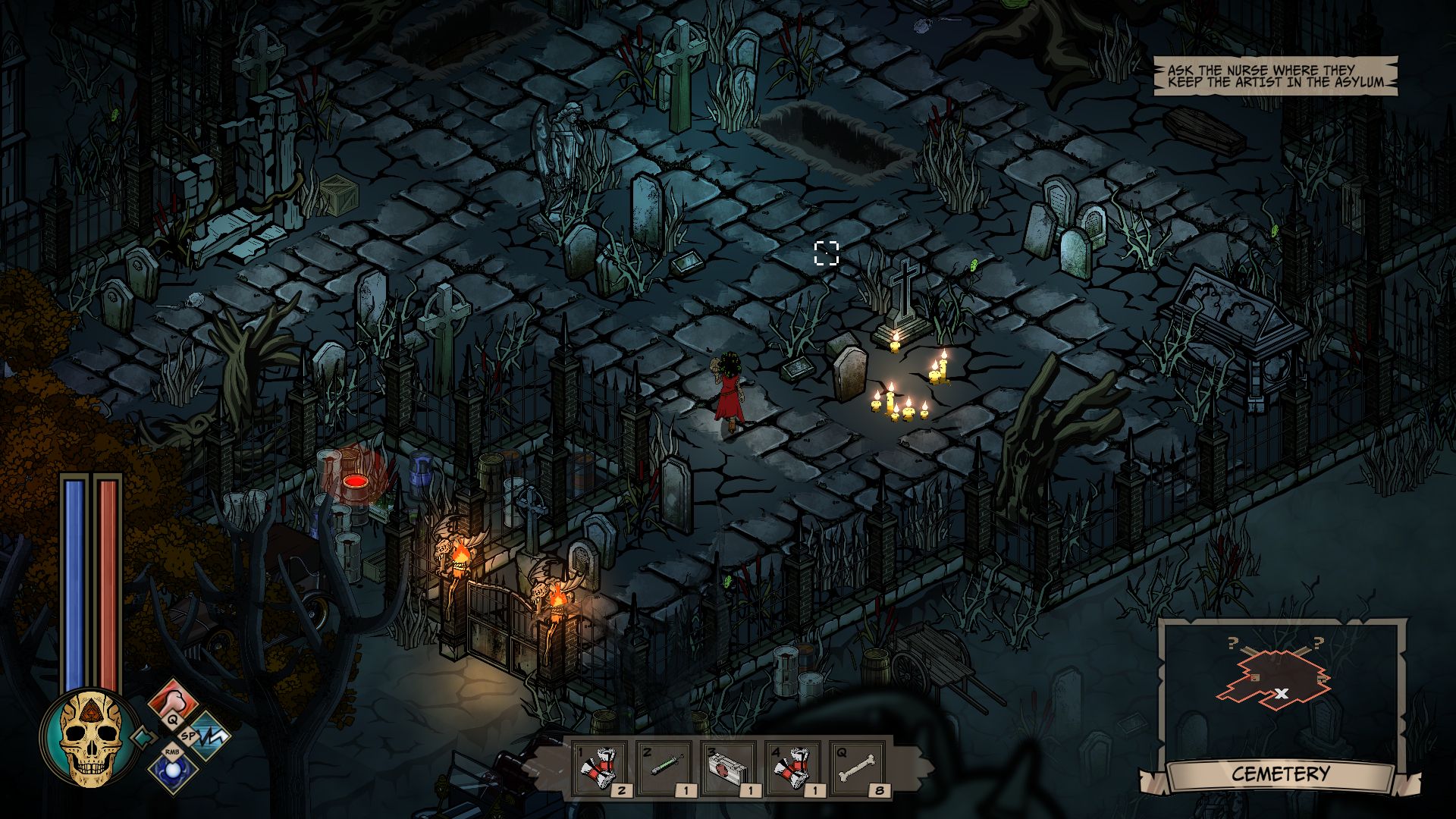 If you have played the Detective, this list of abilities will seem eerily familiar. That is because they are almost the same – they are even in the same order. Right off the bat, Throw. This lets the Witch throw things like Bones to deal explosive AOE damage. These are basically marrow-filled grenades and largely act the same. The damage is very high and is a great way to deal mass damage across many units.

Teleport is the Witch’s primary movement ability. It lets the Witch instantly teleport a large distance. This allows the Witch to move through units, unlike other comparable abilities, making the Witch incredibly hard to catch. You can kite with ease providing you manage your Energy well.

Shock is the final ability in the Witch’s repertoire. After a brief charge time, the Witch unleashes a burst of localised electricity. This deals damage and stuns any target in range of the AOE. This attack can be very dangerous to use as you can easily be beaten to death if you cast it at the wrong time. That being said, if you get the timing right, you can follow this up with a Throw to kill a large number of enemies effortlessly.

Battle Strategy When Using The Witch 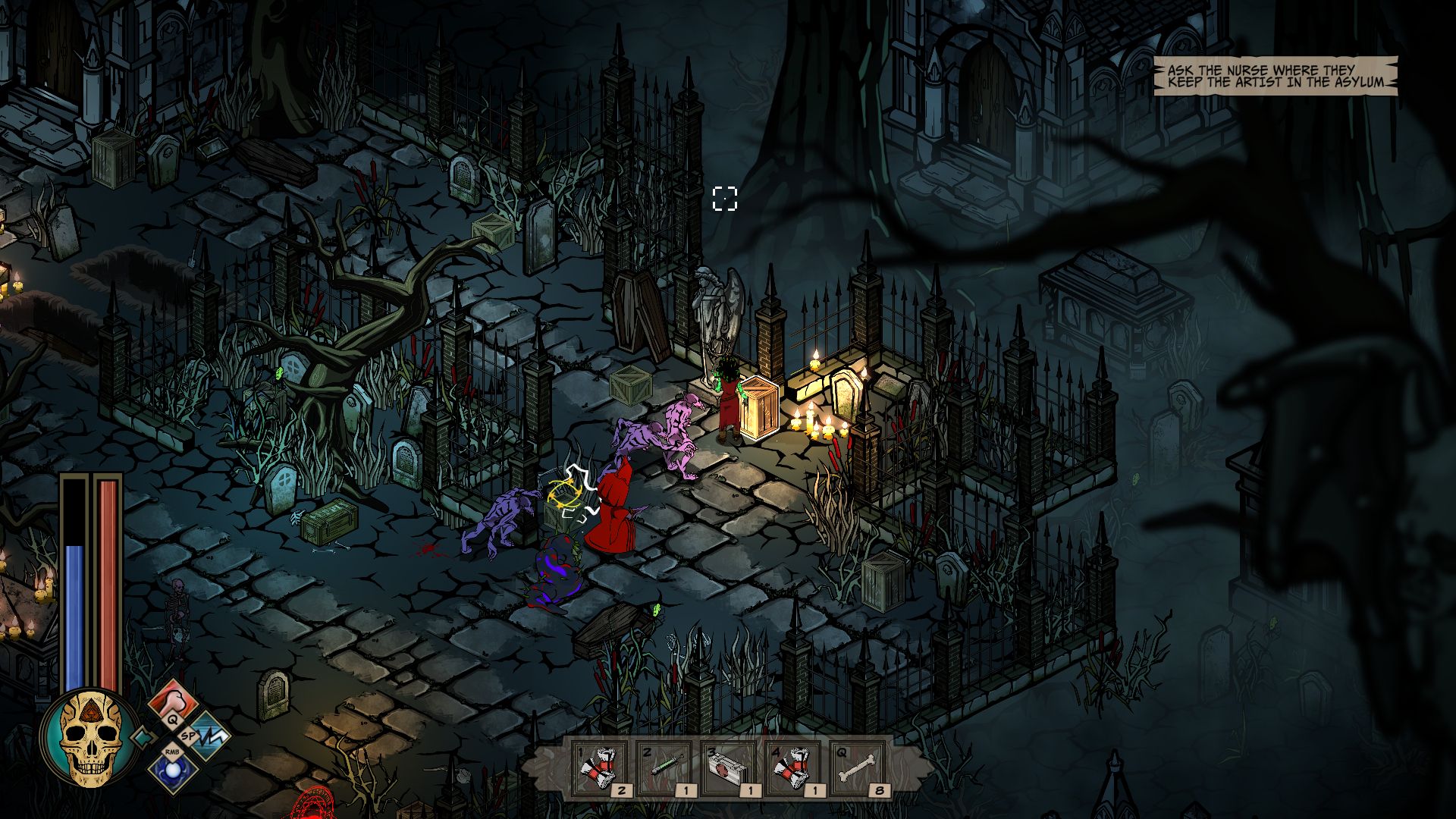 The Witch is a glass cannon. She can deal a staggering amount of damage, and she can deal it over a wide area with relative ease. Bones are significantly more common than the Detective’s Grenades to boot.

Your game plan should be to move into range to use your Skull, and then use a mixture of basic movement and Teleport to keep your distance – ideally grouping them into a cluster as you do it.

Try to land Shock if things get a bit crowded, just be sure to practice the timing so you don’t send yourself into an early grave. This ability is excellent for crowd control and can give you the time (and space) you need to survive an aggressive mob.

Always be aware of your HP. The Witch starts with half the starting HP of other characters, and it is not uncommon to die to DOT effects or large mobs getting the jump on you. Healing can help, but sometimes you just die before you can use a medkit. The best idea is to try to avoid damage at all costs.