The English version of mobile gacha game Magia Record: Puella Magi Madoka Magica Side Story will be shutting down after only fifteen months of operation on September 29 at 11:59 PM Pacific Standard Time.

The news officially broke on Twitter this past Friday on the English game’s official account. The tweet simply shared an image announcing the game would be “ceasing all operations” at the end of the month. The creators thanked fans for supporting the game since its release last June. The message concluded by informing players that Magia Stones (in-game currency) could still be purchased until September 10 at 11:59 PM PST, but that no stone purchases would be refunded if they were not used up before the game shut down. 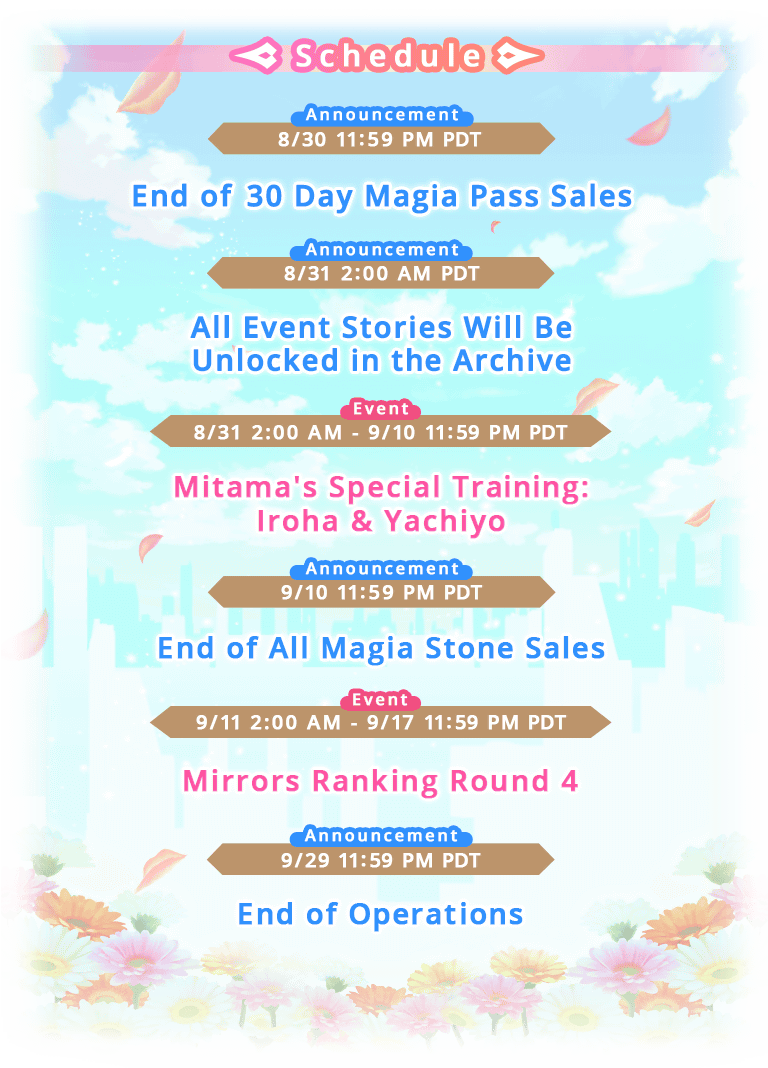 The game’s creators have not announced a specific reason for the game’s shutdown at this time. Additionally, no announcement has been made regarding the potential shutdown of the Japanese version of the game, which is still operational.

The game is a spinoff of the Madoka franchise. The side story introduces a new protagonist, magical girl Iroha Tamaki, a young girl who is trying to find her missing sister. Soon, she ends up entangled in an adventure bigger than she could’ve ever imagined, meeting many new magical girls along the way.

For those who are fans of the original Puella Magi Madoka Magica franchise, Magia Record features a combination of familiar characters and new ones. An anime based on the game premiered earlier this year, with a second season in development now.

At the time of writing, Magia Record: Puella Magi Madoka Magica Side Story is still available for download on the App Store and Google Play for iOS and Android devices, respectively.