Magic: The Gathering has just announced it is banning two of the Pioneer’s most powerful cards, in a move that is certain to be a significant shake up to the format’s meta.

Following its ban in the Arena-exclusive Explorer format last month; Winota, Joiner of Forces is now also getting the chop in Pioneer, its tabletop equivalent. Also joining it is Expressive Iteration, one of the most powerful cards released for the game in the last couple of years.

The blog post announcing the ban stated that Naya (white/green/red) Winota decks have been proving too dominant for Pioneer. Naya Winota aims to play lots of low-cost, non-Human ‘mana dorks’ in order to trigger Winota’s and throw out an obscene number of game-ending Humans on attack. Due to its “large metagame share, high win rate, and ability to create frustrating removal-check gameplay”, the Ikoria legendary is finally taking its leave from the format. 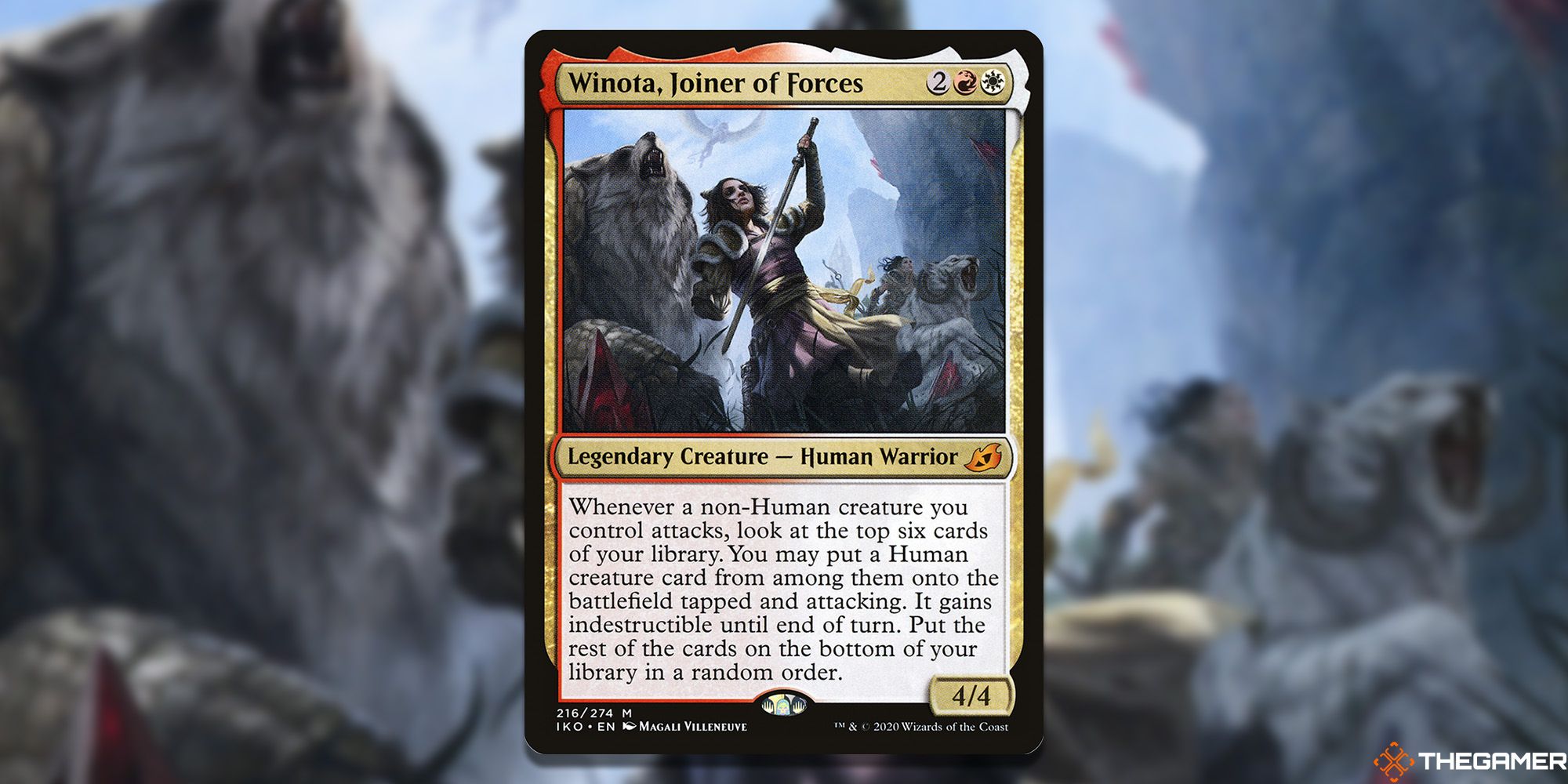 Interestingly, this also has implications for Explorer, despite Winota being banned for just a month. Explorer’s ban list mirrors that of Pioneer, but makes a few additions to balance its smaller card pool. Winota’s ban in Explorer was initially a temporary measure until Dominaria United’s launch in September, which may have printed answers to the deck. However, now Winota is banned in Pioneer with no plans to unban it any time soon, the Explorer ban has also become permanent. 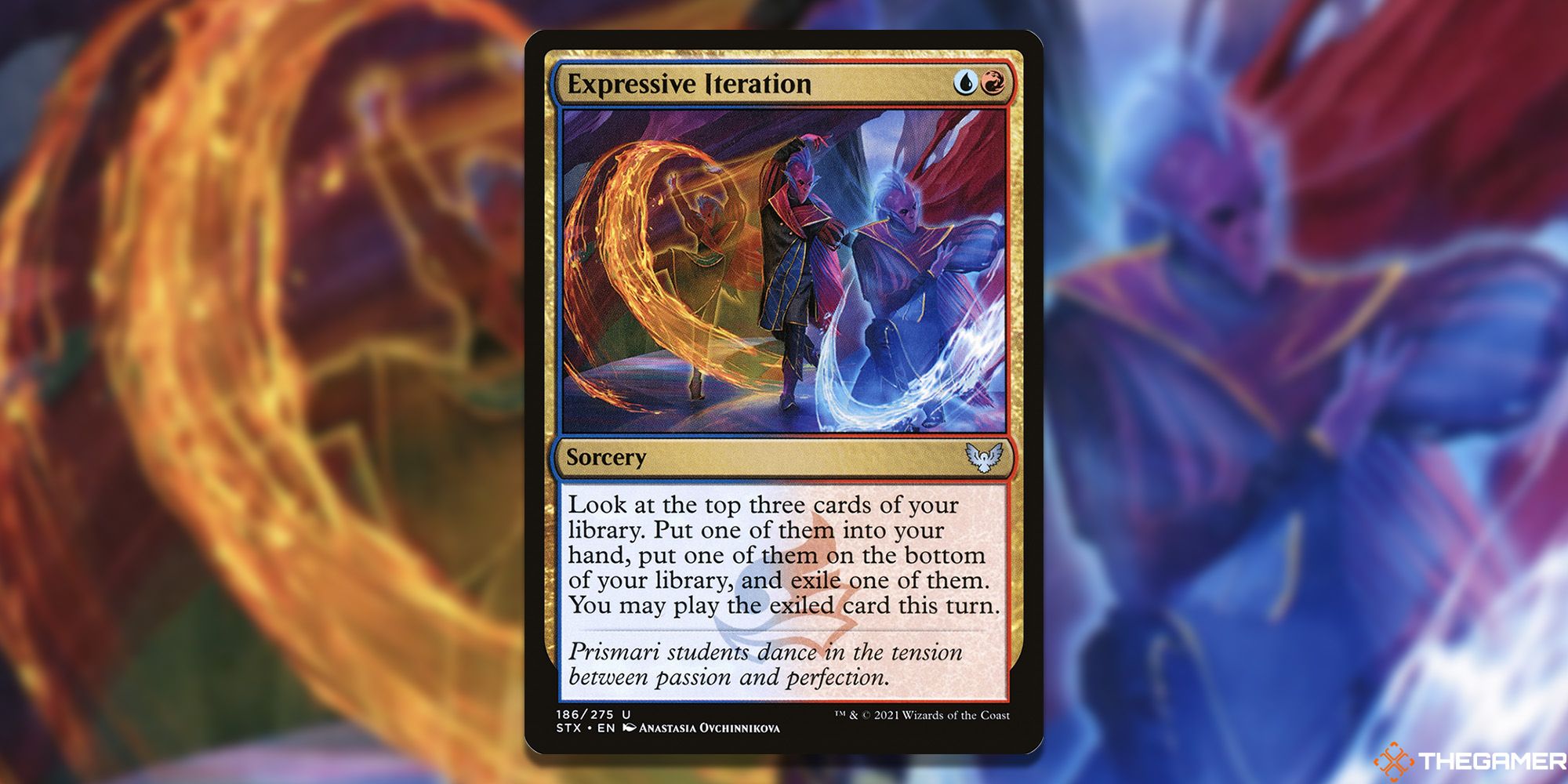 The second card to be banned in Pioneer today (and, by extension, Explorer) is Expressive Iteration. First printed in Strixhaven: School of Mages, it’s since become a staple in numerous formats, including Standard and Modern as well as Pioneer and Explorer. For just two mana, it’s great at filtering through your deck for a card you need, while also giving you an extra card to play until the end of the turn.

A popular strategy has been to use Expressive Iteration to quickly find cards like Alrund’s Epiphany to stack up extra turns and bird tokens – something that eventually led to the latter being banned in Standard earlier this year. Today’s ban attempts to bring Izzet (red/blue) decks more in line with the rest of the meta, as Expressive Iteration gave it much better card advantage than other powerful strategies, such as delve.

Discussing the other formats, Wizards seemed to have an overall positive outlook on Standard, Modern, Legacy, and Vintage. In particular, it pointed out the rise of three-colour decks since Streets of New Capenna’s launch, and the reduction in monowhite decks, as evidence of the current healthy Standard environment.

As Mass Effect 3 Turns Ten, Fans Reminisce On Its Launch And Story