Home » News » Magic The Gathering: What Is Devotion?

On Magic the Gathering's Greek-inspired plane of Theros, everything is decided and guided by the gods. People's lives, their deaths, what happens to them after they die, absolutely everything is planned out and enacted by the likes of Heliod, Purpheros, Karametra, or Kruphix.

However, there's a catch: Theros' gods only exist for as long as their people believe in them. Though they are immortal, a god's influence may slip if not enough people believe in them fervently enough. On the other hand, a god whose followers are truly devoted to them can have unimaginable power, leading to fights between the gods over who can gain control of the hearts and minds of the people of Theros.

This eternal struggle is represented in Magic's Devotion mechanic. But what is it, and how can you put Devotion to use in your decks?

Unlike a lot of mechanics like Pack Tactics or Foretell, Devotion isn't a keyword that inherently does anything by itself. It has no triggers, doesn't use the stack at all, and isn't an activate ability.

Devotion is just shorthand for counting the number of a specific colour of pips in each of the mana costs of permanents you control. For example, if you control an Anax Hardened in the Forge, a Blood Aspirant, an Escape Velocity, and an Omen of the Forge, you have a total of five red pips (two on Anax, one on the other three), and so your Devotion to red is five.

Devotion only counts coloured mana symbols. Any generic mana in a permanent's mana cost is ignored, while any hybrid mana is considered as being all of the colours included in it simultaneously. Devotion is also different to tracking a permanent's colour identity in that you don't include any mana pips outside of its main casting cost. If it isn't in the top right corner of the card, it doesn't matter to Devotion.

Permanents that care about Devotion count themselves in the total. If you've got nothing on the board and play a Gray Merchant of Asphodel, your Devotion to black is immediately raised to two. However, your Devotion will also fall as permanents are removed from the battlefield, meaning you'll need to protect your pieces or play more permanents to keep the total up if things start dying.

How To Use Devotion 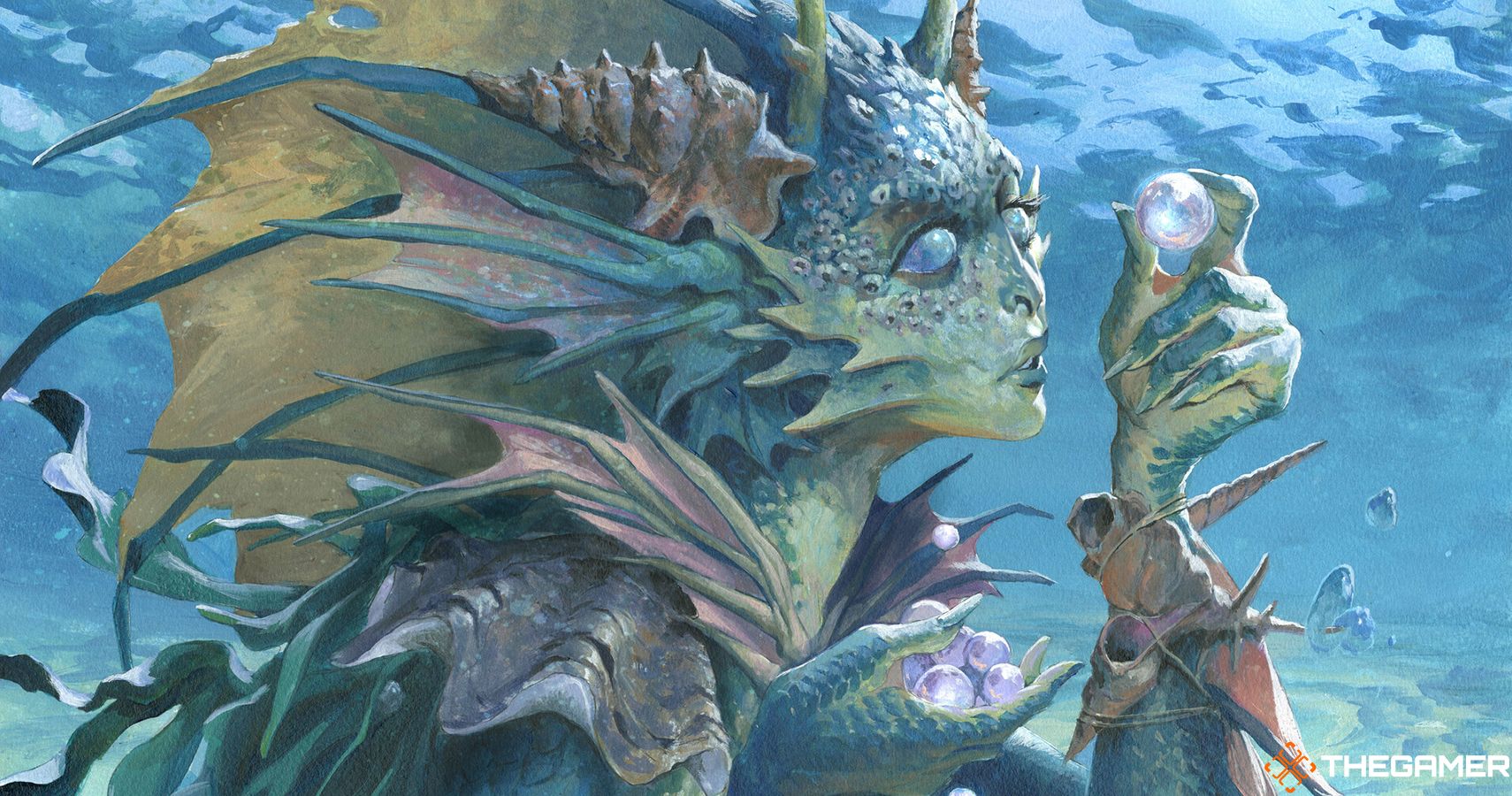 Devotion works best in decks with only one or two colours in them. Any more than that and you'll be spread too thinly among colours to have any really scary effects with it.

Devotion is used in a lot of different ways throughout sets based on Theros. For the Demigods in Theros: Beyond Death, like Daxos Blessed by the Sun, Callaphe Beloved of the Sea, or Tymaret Chosen from Death, it's used to scale either their power or toughness. For the gods, like Heliod Sun-Crowned or Thassa Deep-Dwelling, the effect is a bit more extreme; falling below a certain devotion turns that god from a creature back into an enchantment, where they less of a threat to the table.

One thing newcomers to Magic sometimes get confused about is that Devotion doesn't care what colour a permanent is, only the number of coloured pips in its mana cost. That means tokens don't increase Devotion, and to get it nce and high you'll have to prioritise getting either a lot of cheap permanents with the colours you want in the mana cost, or a few more expensive ones that have multiple of the same kind of pip in their cost.

A great card to play in decks that focus on Devotion is Altar of the Pantheon. Its main ability of tapping to make one mana of any colour is fine, but its static ability increases your devotion to all colours by one. If you're struggling to get the right permanents out, having one of these can help squeeze them a little bit further.

What Colour Is Devotion? 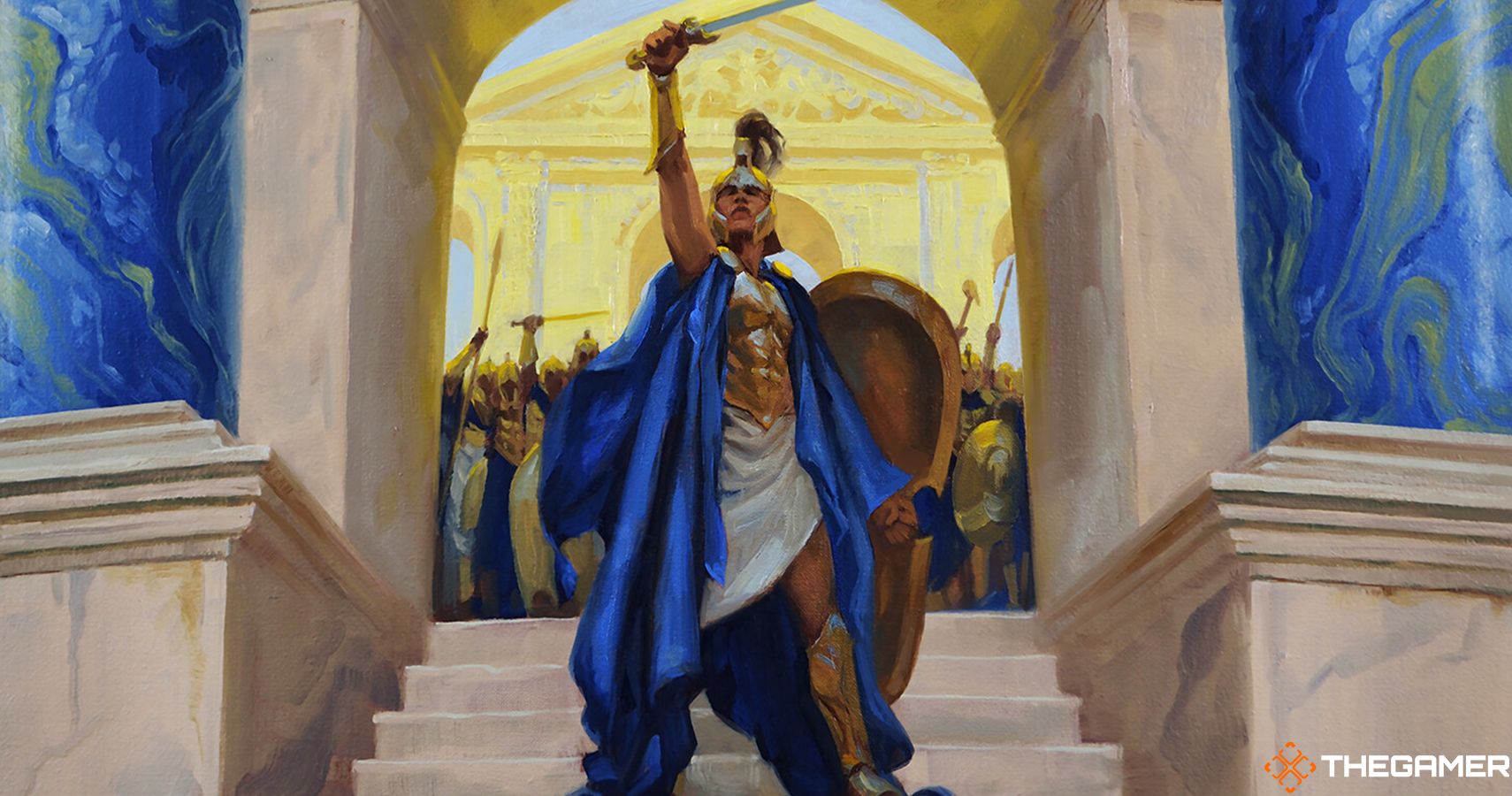 Devotion is found in a pretty even spread among all colours. After all, every god needs followers to increase their power.

There are 11 green cards that care about Devotion, nine black, seven blue, eight white, and five red. There are also 12 multicoloured cards, and three colourless (including one land).

Among the multicoloured cards, there is one Azorius (white/blue), one Dimir (blue/black), one Rakdos (blue/red), two Gruul (red/green), one Selesnya (green/white), two Orzhov (white/black), one Izzet (blue/red), one Golgari (black/green), one Boros (red/white), and one Simic (green/blue).