If you’ve read any of my Marvel Snap articles over the past couple of months, you’ll know that I’m an Infinaut stan. I don’t care that it’s an incredibly telegraphed move and I don’t care that I consistently get done over by a final turn Leader, I just love dropping a 20-Power big boi to dominate a single location. My go-to combination involved Sunspot and Jessica Jones, but She-Hulk has revolutionised the deck, making it far more effective and consistent. Infinite rank here I come.

I’ll explain why She-Hulk’s so good: she’s really, really buff. Look at how big and muscular she is. What a great, green lass. Oh yeah, she’s also got a great ability. She’s usually a six-cost card, but that cost is reduced by one for every unspent energy in your previous turn. If you skip Turn Five, as you must to play The Infinaut, she costs just one energy. That’s a bargain for a 10-Power card. But those of you with second-grade counting levels will realise that you can’t then play The Infinaut and She-Hulk on Turn Six, as that adds up to seven cost when you only have six energy.

You can’t play Psylocke, as that would require you to play her Turn Five, canceling The Infinaut. Enter Magik. Magik gives you a Turn Seven in the game, provided you play her on Turn Four or Five, and is the perfect enabler for this deck. Magik Turn Five, skip Turn Six, Infinaut, She-Hulk (who is completely free at this point), and a bonus one-coster just because of Turn Seven. 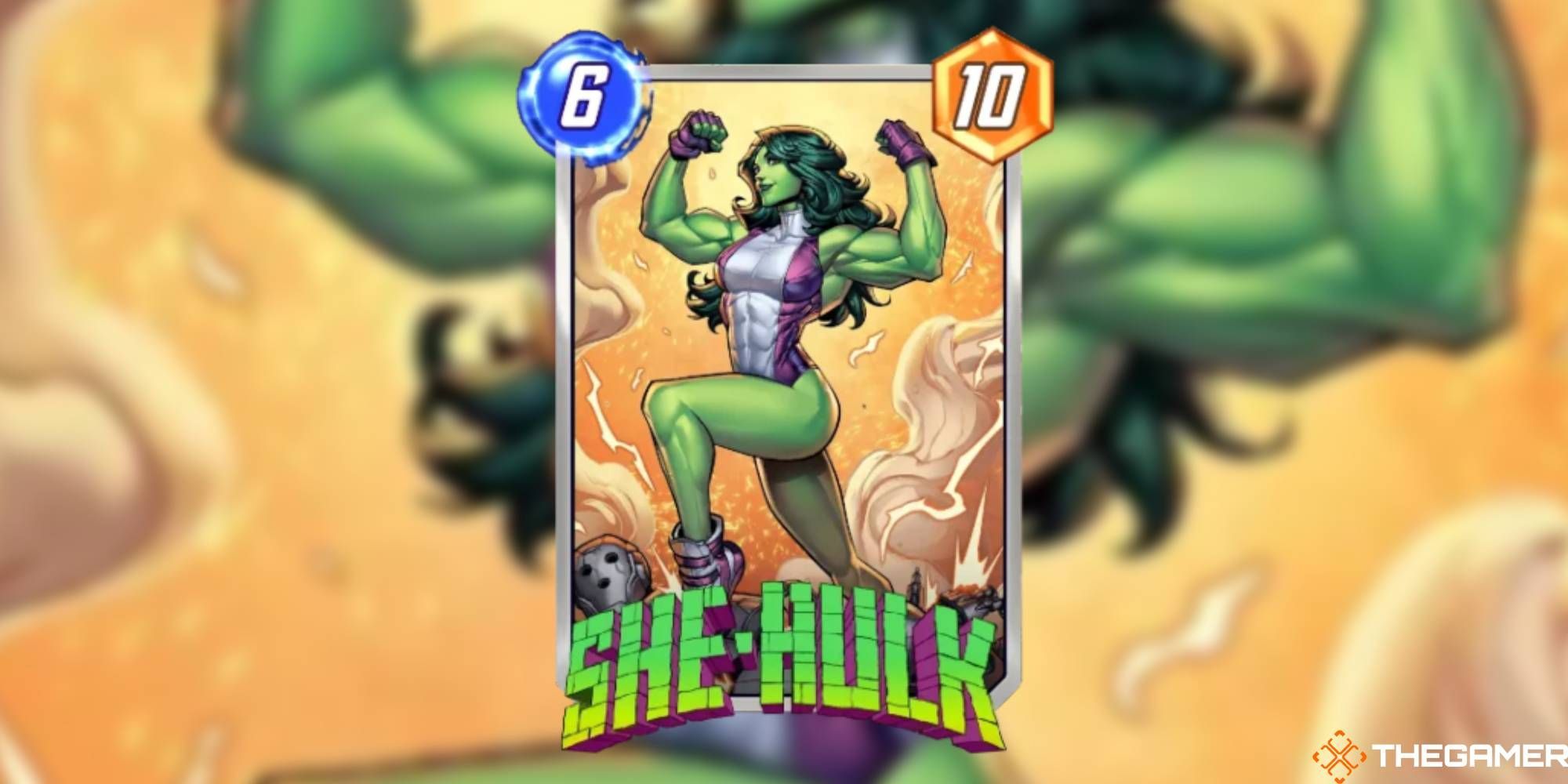 But there’s a way to make it even better. While Jessica Jones works nicely for a cheap eight-Power addition, Moon Girl can be even more valuable. So long as you can guarantee that She-Hulk will be copied, you can get yourself an even more explosive Turn Seven by playing two free She-Hulks as well as The Infinaut, for a massive 40-Power turn. Barring Leader, you should easily take all the cubes if your opponent hasn’t retreated already.

I understand that people are leaning away from huge Turn Sixes (or, in this case, Turn Sevens) because of the prevalence of Leader in the meta, but I still believe that the element of surprise wins you more cubes than a more powerful deck. You’ll be able to see if you can set up the endgame with this deck by about Turn Four or Five, so snapping well before you skip Turn Six means that you’ll hopefully win a few cubes even if your opponent retreats in your skipped turn as you telegraph The Infinaut. I’ve been Leadered a few times, too, but that’s all a part of the fun. The final turn of a Snap match is all about the excitement, and getting countered sometimes is a part of that. 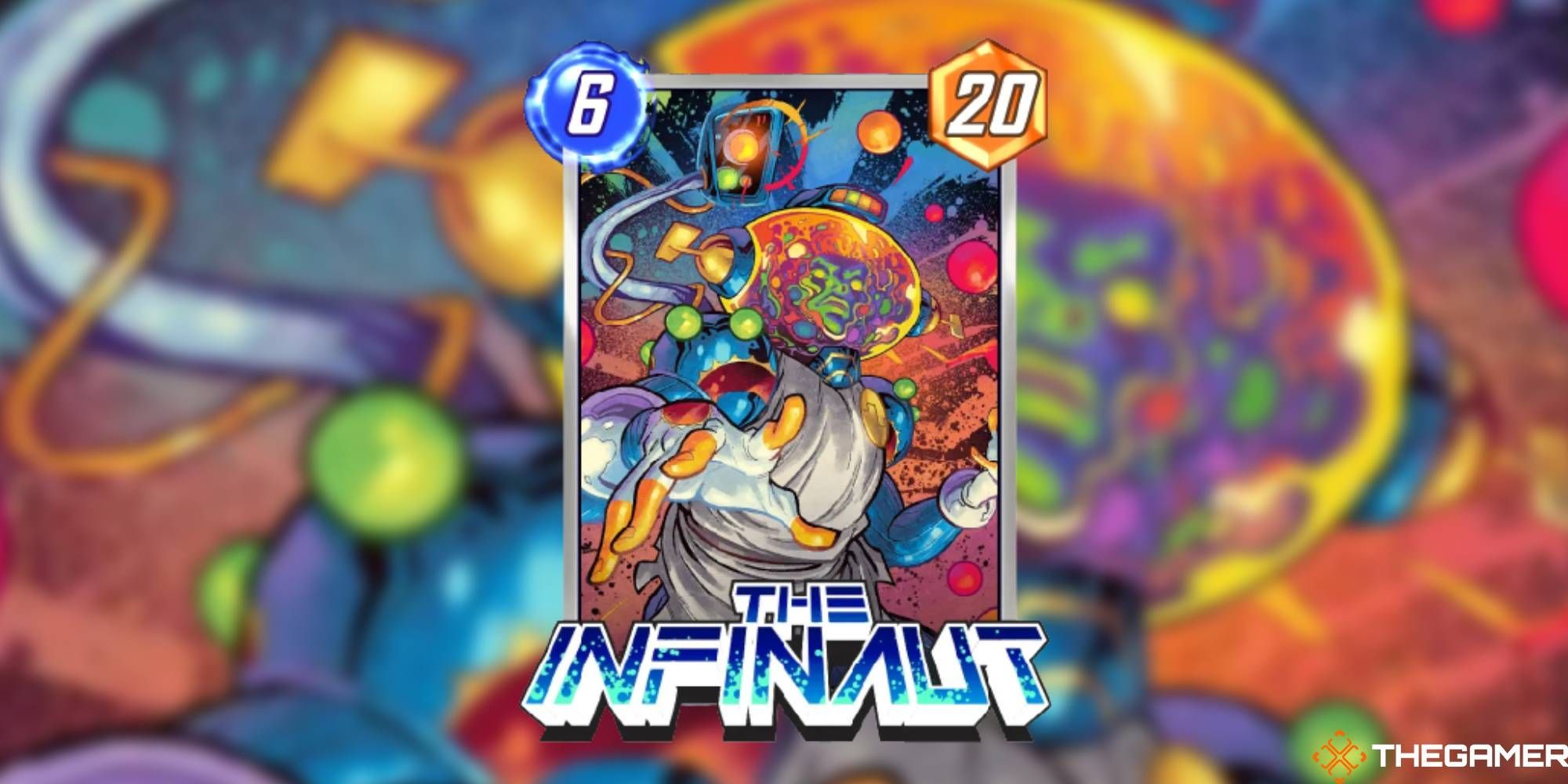 Here’s the full decklist I’m running, if you’re interested. I might sub in Zabu for Agent 13 to try to play both Jessica Jones and Moon Girl on Turn Four, but that feels a little greedy if I’m honest, and relies too much on drawing the perfect hand. Here’s the current iteration of the deck if you want to give it a whirl:

I’ve got a good Destroy deck, Zabu is causing havoc after the rank reset, and I sometimes dabble with movement if I’m ready to play myself as much as my opponent, but I keep coming back to The Infinaut. It’s the double digit Power numbers, it’s the final turn excitement, it’s the epitome of Snap’s simple formula in a single deck. Try it out and have some fun with the game. It beats playing the meta, anyway.

Fallout 4: How To Find The Railroad Headquarters