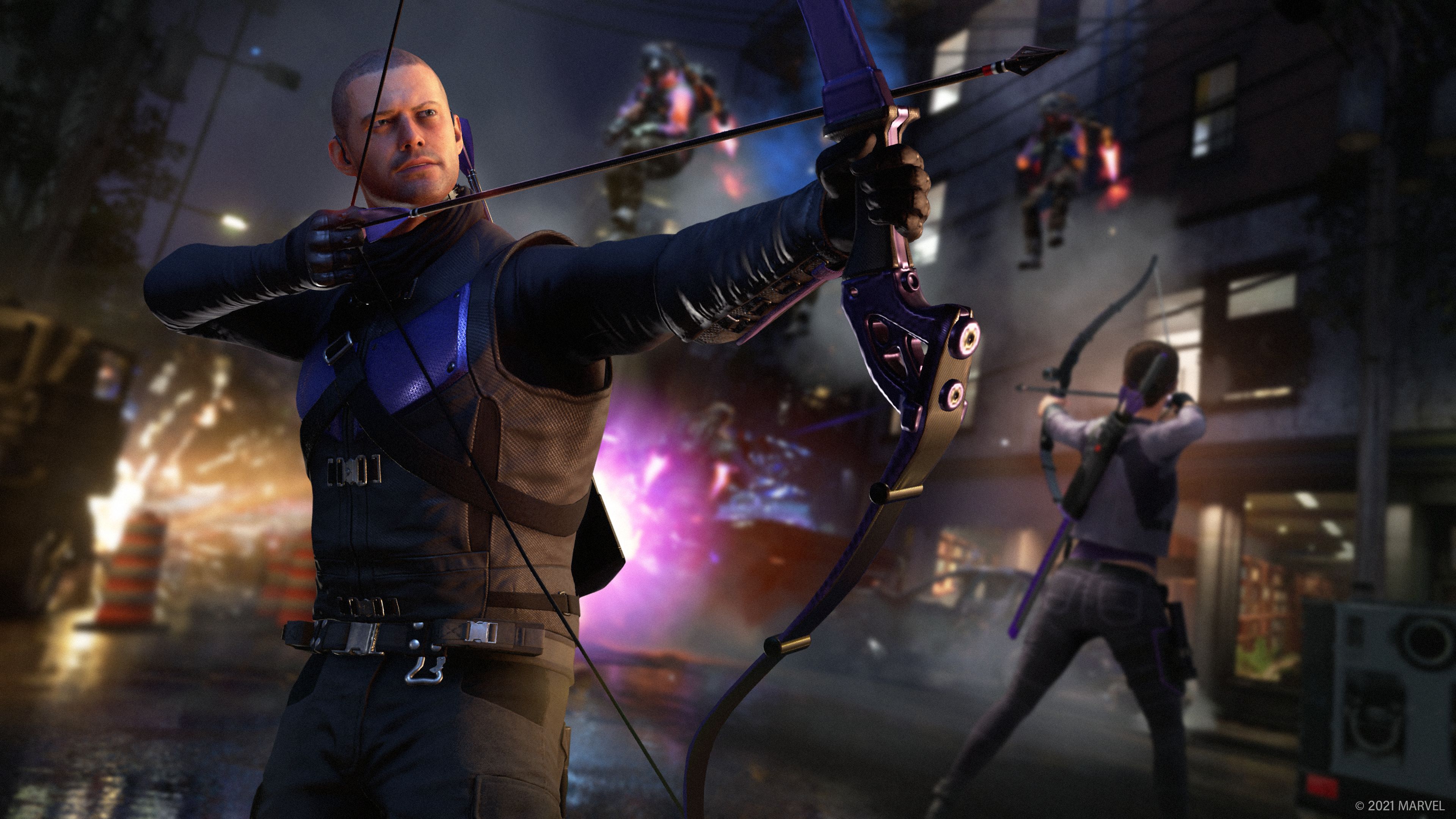 Square Enix’s beleaguered Avengers tie-in is finally get its next gen version and a new character… even if it is only Hawkeye.

Although it’s not quite a disaster, it’s fair to say that the Avengers video game has not made anywhere near the same impact as the movies.

The pandemic slowing down plans for its DLC hasn’t helped, and nor has the baffling decision to make the first two new characters variants of Hawkeye, but the game may be about to turn a corner as both Hawkeye and the next gen versions are due out in a few weeks’ time.

Both will be released on March 18 and if you already own a current gen version you’ll be able to upgrade for free to the new version in the same family of console (so PS4 to PS5 is fine, but not PS4 to Xbox Series X).

Naturally, you’ll be able to take your game save along with you, so you won’t have to start from scratch, and will be able to choose between two graphics modes: one that targets 60fps and another that runs ‘up to’ 4K (or 1440p on an Xbox Series S).

One Hawkeye is already in the game, in the form of Kate Bishop, but the new DLC will add Clint Barton – the OG Hawkeye and the version of the character seen in the movies.

You won’t get just the character though, but also the next chapter in the ongoing Avengers Initiative story, including an evil, alternate history version of the Hulk called Maestro. So… another palette swapped character.

The pandemic is one thing but whoever planned out this content schedule really needs to have a word with themselves, as even without the delays these are some seriously uninspiring additions.

That’s especially true as the only confirmed extra that is interesting – the addition of Spider-Man to the roster – is a PlayStation exclusive. Although it’s been a long while since we’ve heard about that, which implies it’s not going to happen anytime soon.

Lots of other characters seem to be planned for the game, according to dataminers, with Black Panther, Captain Marvel, Winter Soldier, War Machine, and She-Hulk all mentioned in the game’s code – but there’s never been any official confirmation that they’re being added.

Marvel’s Avengers is not a bad game, but the best parts are the sections of the story campaign that play most like a standard single-player game, with the whole co-op games as a service aspect being considerably less appealing.

From Minecraft to Auto Chess: The 29 games that define the 2010s

Xbox May Be Dropping the Xbox "Live" Branding