Playing as Iron Man in Marvel’s Avengers may seem like you need a genius level IQ to do effectively, but this breakdown will make Tony’s suit fit you like a glove.

Iron Man has essentially become the face of Marvel’s Avengers, and with the popularity of the character’s portrayal in the films, he’s a lot of people’s most anticipated hero to play as. However, rather than make him a bland and somewhat boring character that just looks cool, the developers packed in just as much variety and style into the character as you would expect of someone piloting a mechanized battlesuit. Instead of bouncing off what might feel like an overwhelming character to learn, see why Iron Man can be one of the most satisfying characters to play.

How To Play Iron Man In Marvel’s Avengers

While most characters in Marvel’s Avengers fit a specific role, Iron Man is unique in that he can swap between three different playstyles that change how he is most effective in combat. You can play him as a ground character, floating in a hover mode, or more like a jet. 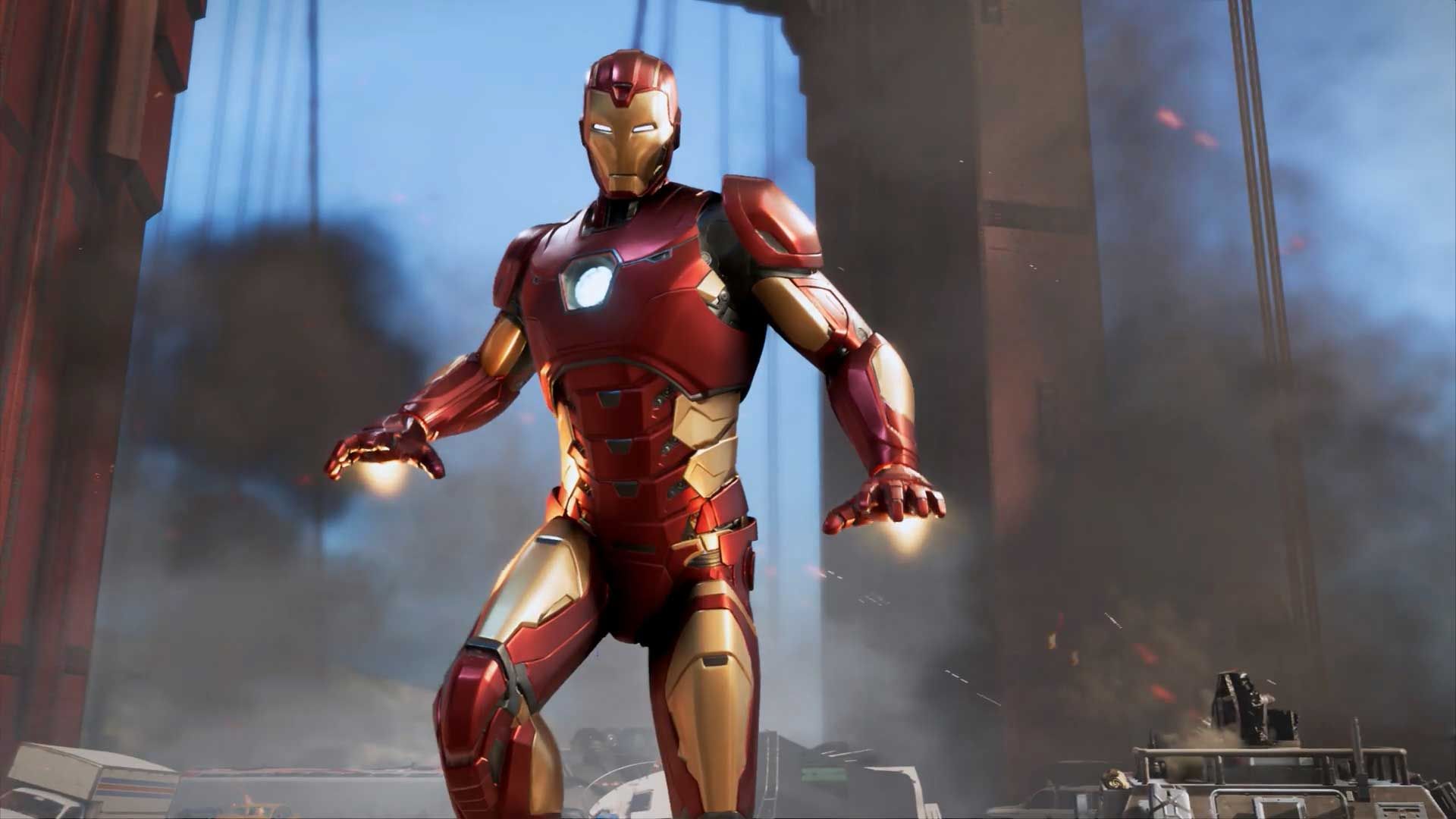 On the ground, Iron Man is most similar to the other characters. He has basic punch and kick attacks, with his repulsor blasts and lasers for ranged options. He is just a little sluggish on foot, however, so mastering his parry skills will help mitigate attacks you can’t escape. Iron Man is no slouch when it comes to beating down enemies, but his tech does lend itself to dishing out great damage from range. For example, his Muon Shotgun skill, activated by pressing Triangle or Y while sprinting, will fire a double repulsor blast that locks on to an enemy ahead of you.

While in hover mode, you become way more mobile and in control of the combat arena. You become free to zip around, taking shots on any foes in the area from relative safety. From the air you’ll be dealing most, if not all, of your damage out through ranged attacks, so unlocking new options like Micro Rockets is a great choice for all modes. Smart Rockets in particular pair well with this mode, since you can lock on to three foes and hit each with a homing rocket while you glide above. 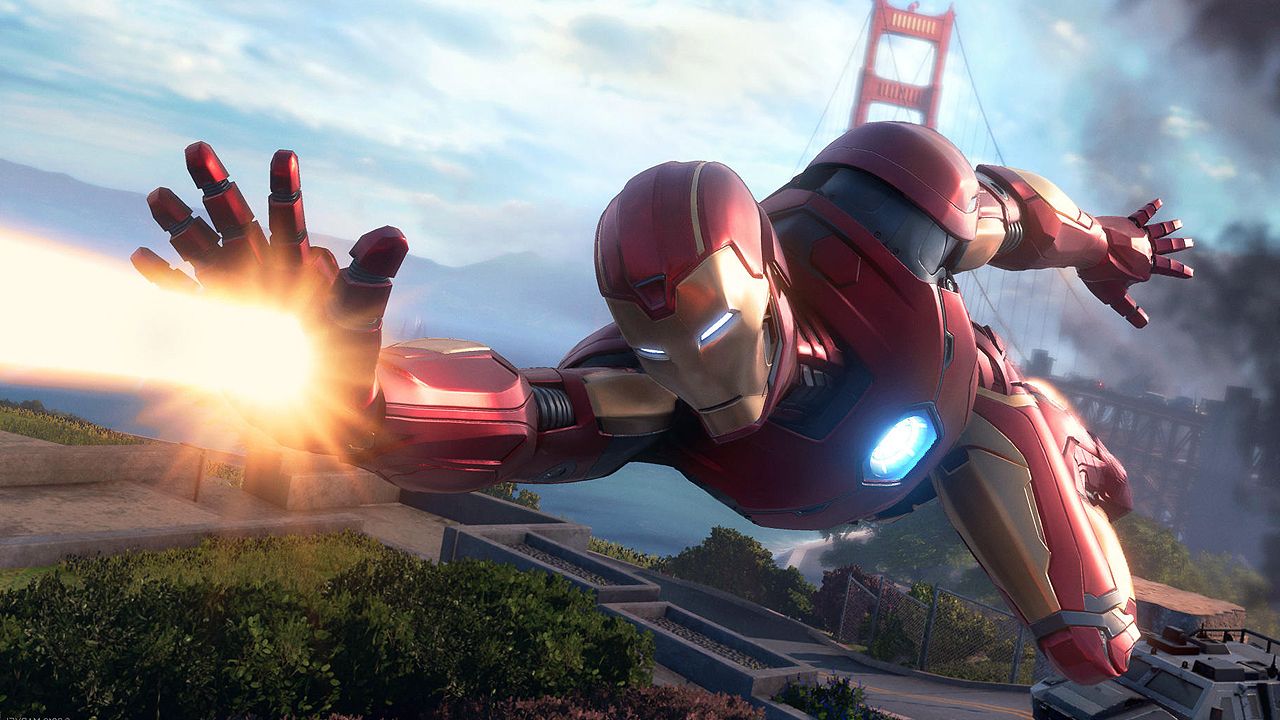 Flight mode is not the most useful during normal combat because of how quick you are moving, but can be fun to do an Iron Man version of bombing runs where you fly over a group of enemies and blast away with your repulsor blasts. Actually landing all of your shots will be tough, but skills like Power Dive can help you maneuver from flight mode into one of the others while dealing damage and staggering enemies around you when to hit the ground.

Of the major stats, Iron Man scales the best with Precision, Proficiency, and Valor. His ranged options are among the best, so buffing the damage, crits, and perk opportunities with Precision and Proficiency is more valuable than Might. Valor works great with Proficiency by increasing the damage crits do, plus buff his already powerful Heroic abilities. 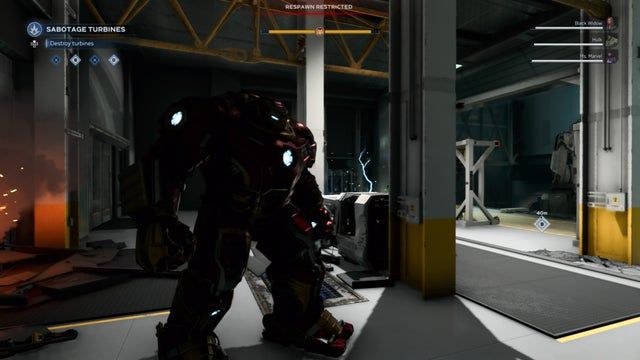 Iron Man comes with the standard three Heroic Ability types, Support, Assault, and Ultimate. These are all more offensive focused, even the support one, and can be effective for crowds or bosses.

Arc Overload is Iron Man’s support ability, though it is one of the more offensive support abilities in the game. With this ability Iron Man releases a massive blast of energy from his arc reactor that does two things. First, it will stun any enemies caught in the radius, and second will give any teammates caught in it an armor buff. This move is one of the few that is actually useful to fire off early in a big fight to give your team the upper hand right away.

For his assault Heroic, Iron Man unleashes his iconic Unibeam. After a brief charge, you unleash a sustained energy laser from Iron Man’s chest in whatever direction you have him faced. This will rip through the health bars of anything unfortunate enough to be standing it its path. Because of its focused damage, target this one on a boss or big enemy.

Last up is the Hulkbuster, the Ultimate Heroic. With this move Iron Man dons the massive Hulkbuster suit for a short time, buffing all his attacks and defenses to the level of, well, the Hulk. Because this move amps basically everything Iron Man has, save it for either a desperate situation against a large number of enemies, or the final encounter of a mission.

Iron Man’s Specialty skill trees all enhance his already powerful Heroic Abilities. You can buff his Arc Overload’s duration, make teammates hit by it also become overcharged, create defensive shields, and more. His Unibeam can be made to charge faster, deal more damage to a single target, combine it with Iron Man’s repulsors to deal more damage, and other modifications. The Hulkbuster can be equipped with lasers, magno-missles, a smaller Unibeam type move, and can last longer.

Mastery skills give general upgrades to Iron Man’s Melee and Ranged options, plus his intrinsic and utilities. Melee attacks can be given things like additional status damage and increased drop rates, and Ranged is much the same. His Intrinsic skills focus on buffing the meter through options like charging faster and increasing the maximum energy, and granting additional buffs while overcharged. And finally, his Utility skills improve everything from his guard and barriers to flight abilities.