Home » Mass Effect 2 LE: How To Keep All Squadmates Alive In The Suicide Mission

Everything you’ve done up to this point in Mass Effect 2 has led up to this point. You’ve gathered your squad, you’ve investigated abducted colonies, and now you’re ready to take the fight to the Collectors on a final Suicide Mission.

Before you can take on the Collectors though, you should probably make sure that Commander Shepard and his crew are fully equipped and ready to take on the task of saving the galaxy, otherwise they might not make it through the battle.

Before You Start The Suicide Mission…

There are two very important things to know as a prerequisite for attempting the final mission if you plan on keeping everyone alive. First, the Normandy needs to be outfitted with several ship upgrades in order to survive the approach through the Omega-4 Relay. Secondly, and most importantly, Shepard will need full loyalty for every squad member.

Note: Missing either of these will result in squad member deaths.

To unlock the ship upgrades, Shepard will need to talk to each of his squadmates on the Normandy between main missions. When talking to them, select the Investigate option, then [NORMANDY UPGRADES]. 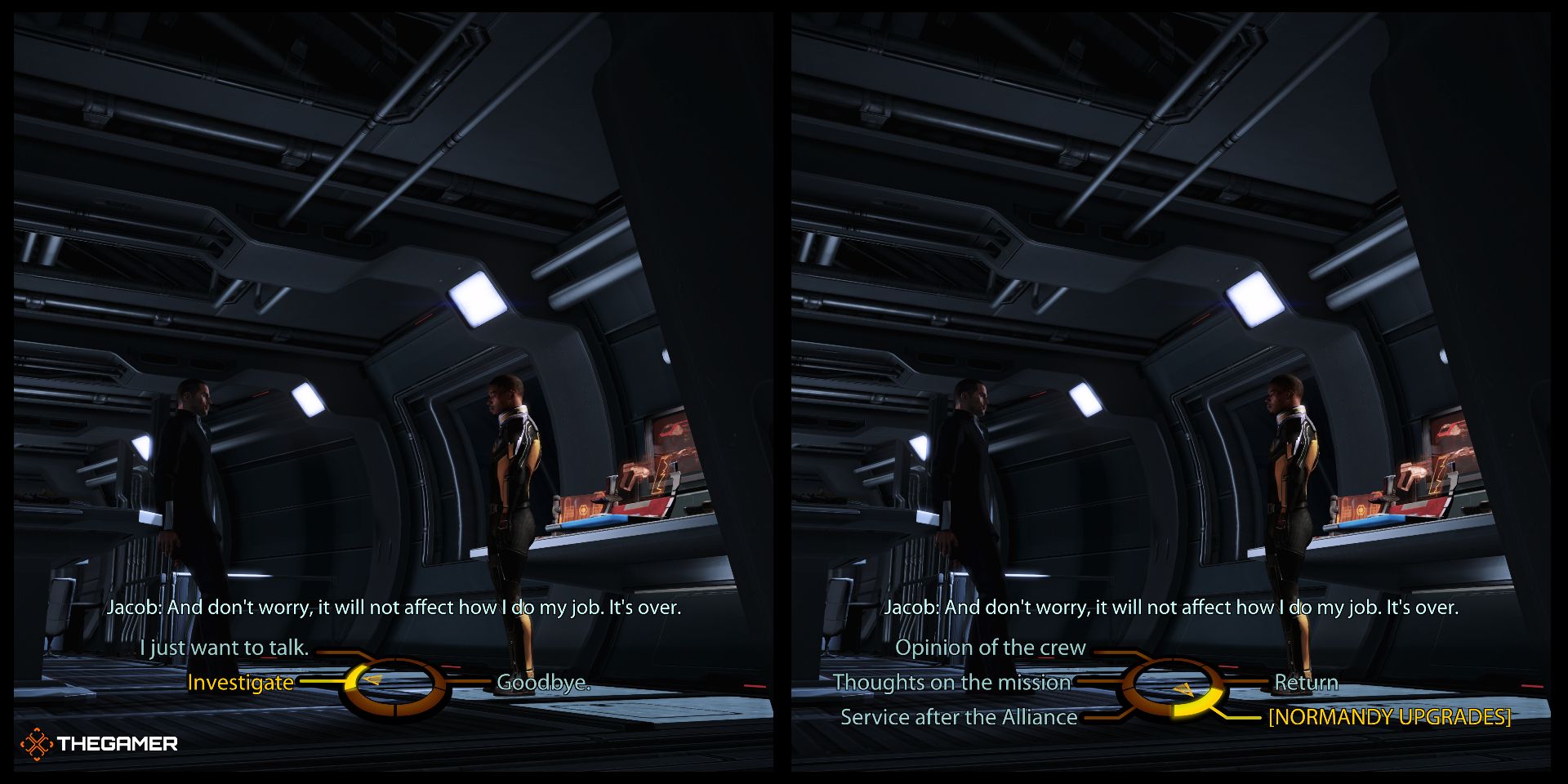 In order for your squadmates to survive the remainder of the mission, they will need to be loyal to you, which requires that Shepard gets to know them, and helps them when called upon. The easiest way to establish loyalty is to talk to every squad member between story missions. Exhaust all dialogue options every time you talk to them and eventually they will ask Shepard to help them with a personal matter.

Loyalty missions work much like any other mission, and flesh out the backstory for each crew member as you explore the galaxy. After you complete a loyalty mission for a squadmate, an orange ring will appear underneath their character model on the squad selection screen to indicate their loyalty to you. 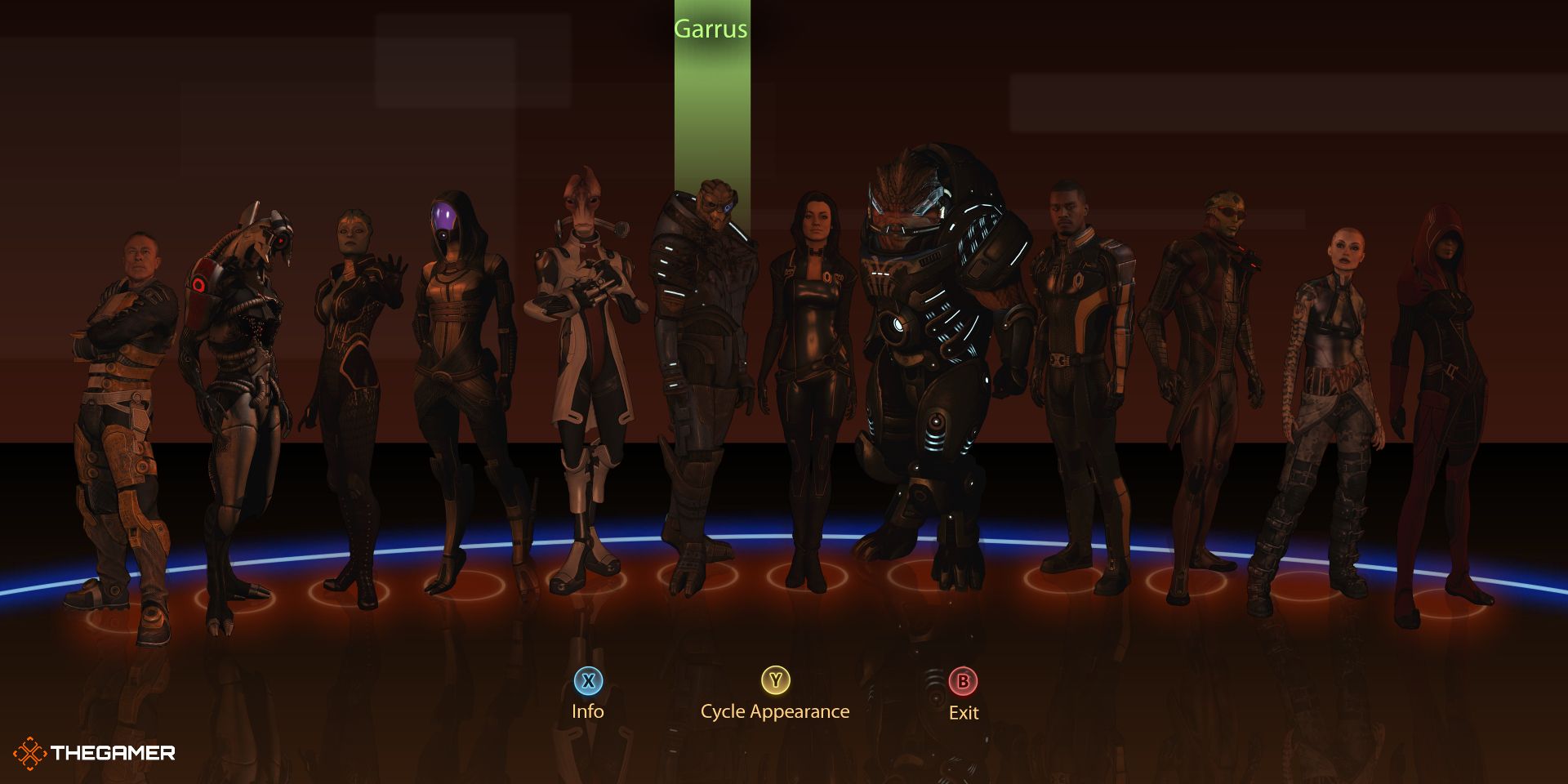 Note: This part of the walkthrough assumes that you have full squad loyalty.

As long as you have purchased the Heavy Ship Armor, Mulitcore Shielding, and Thanix Cannon for the Normandy, you have nothing to worry about once you pass through the Omega-4 Relay heading to the Collector Base. As soon as you finish the sequence in the Normandy cargo hold and land on the Collector Base, you have some important decisions to make.

For the first main part of the Suicide Mission, you will need a Tech Expert to travel through the ventilation shaft in order to open some doors from the other side. Jacob is a woefully naive volunteer, but you realistically only have three choices here: 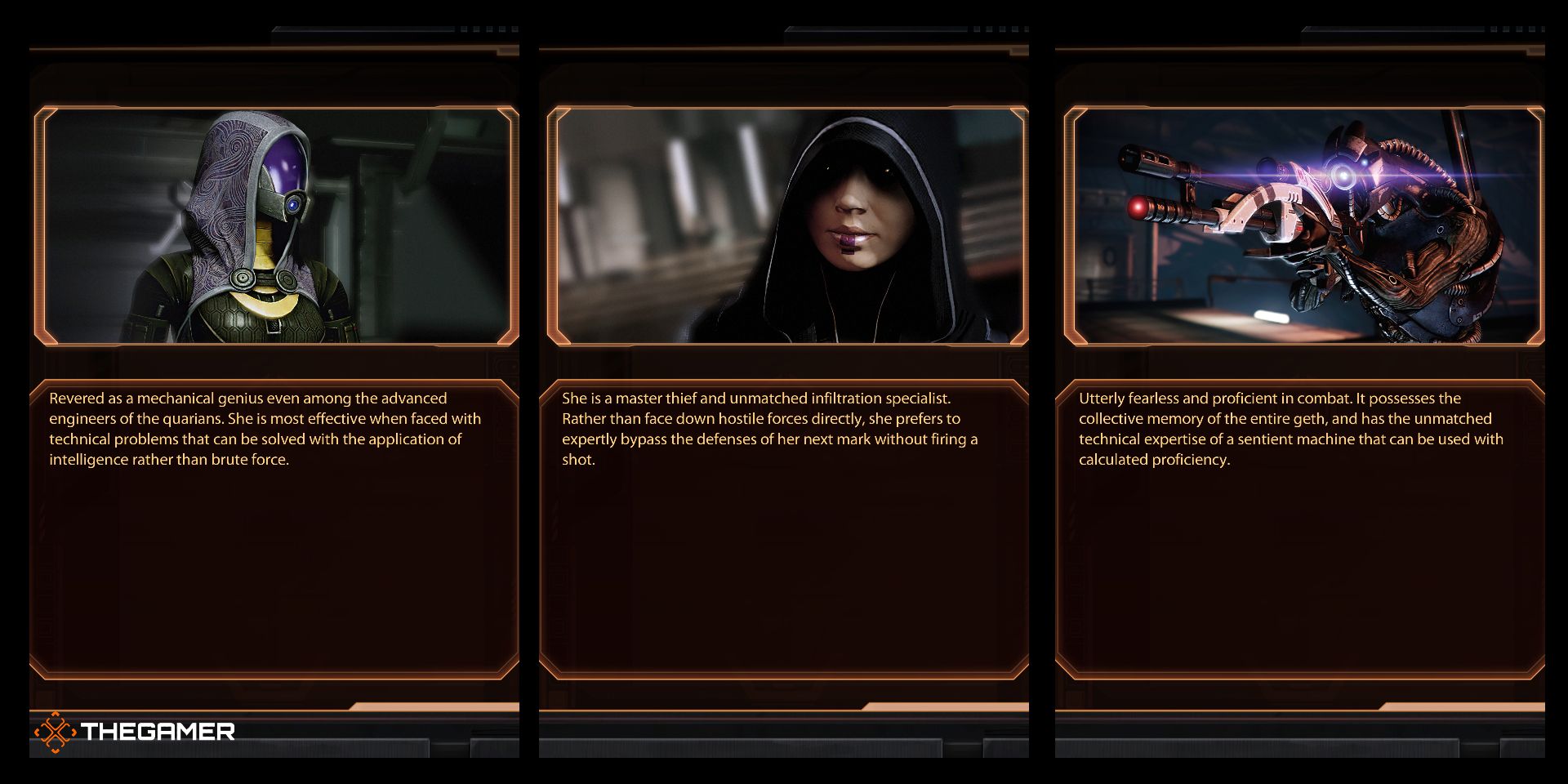 You can choose any of these three as the tech specialist, but choosing anyone else (including Jacob) will result in them dying.

It is important that you select a squad member with natural leadership qualities, since most of your squad won’t listen to the “lone wolf” types. You have three options here: 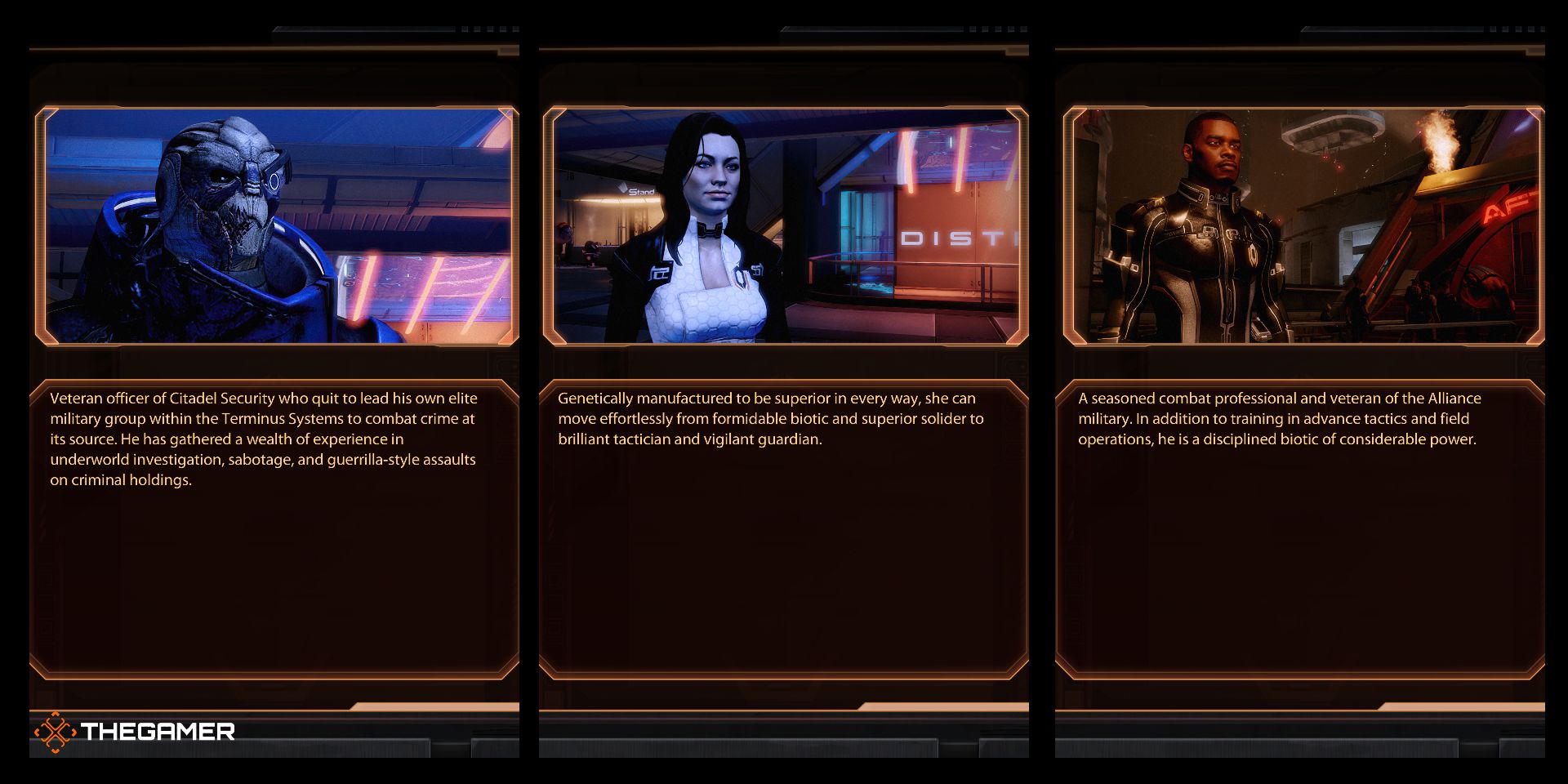 Selecting anyone else for this role will result in your tech specialist dying.

Proceed through gauntlet of enemies, being mindful of the meter on the bottom of the screen. You will need to release several valves in the next few chambers before the meter empties, or your tech specialist will die.

Once your tech specialist and fireteam leader get your squad through the doors, you will come across pods of colonists and your abducted crew from the Normandy.

At this point you will need to choose a biotic specialist to get your squad through the seeker swarms. Miranda claims that technically any biotic can accomplish this feat, but she is a liar. You have two choices for this task: 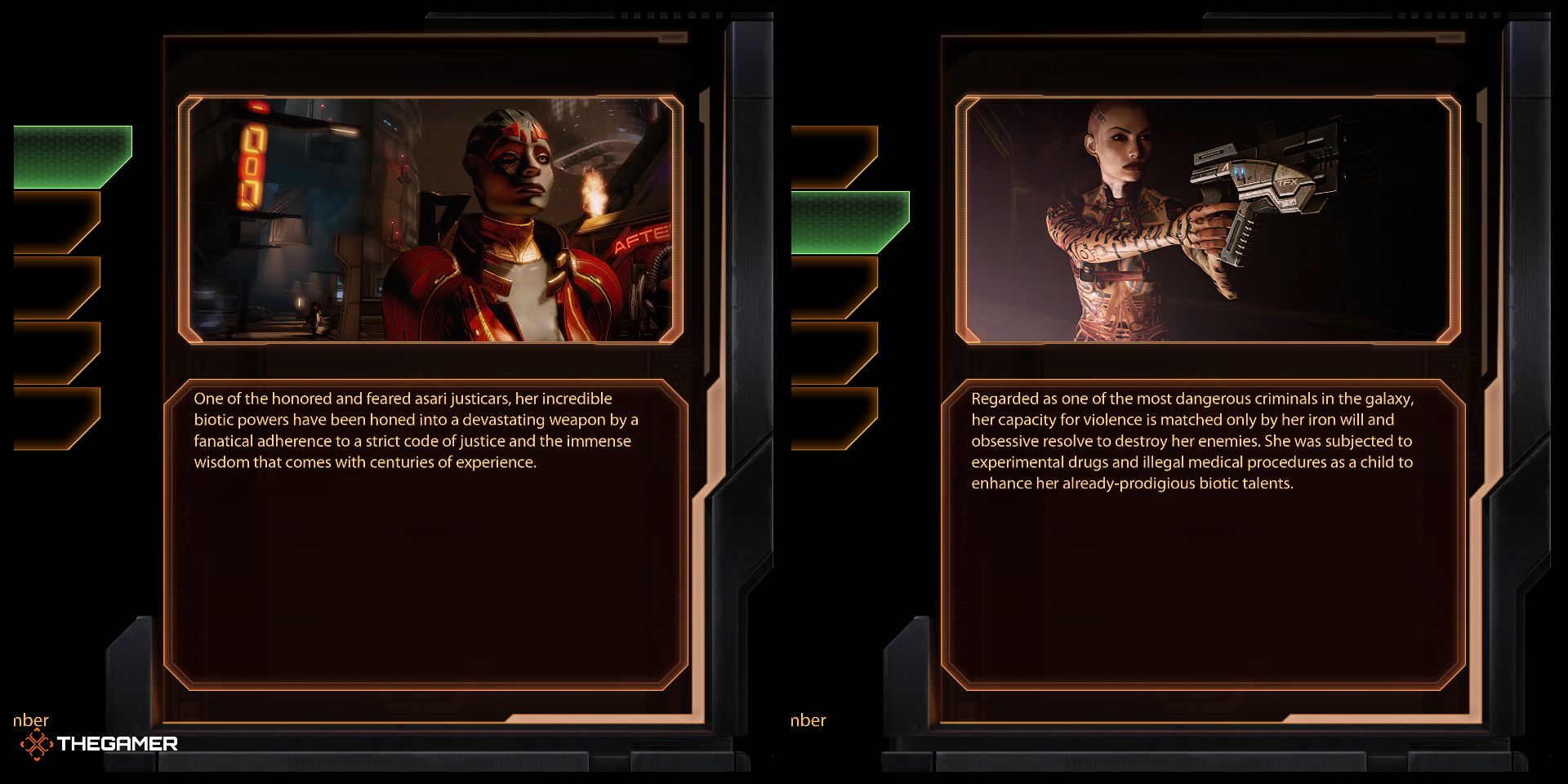 Sadly, these two biotics are the only ones capable of surviving the seeker swarms, as the other biotics on your team don’t possess strong enough abilities, despite what Miranda says.

Just like the first time you chose the fireteam leader, you will need someone with a knack for being in a leadership role. You have three choices here, and you can even choose the same one as last time if you want:

A shuttle will come to rendezvous with the crew and you can choose to either escort them with someone from your squad or let them go it alone. You can technically choose anyone from your team to escort them, but it is highly recommended you choose Mordin, unless you plan on keeping him in your personal squad (more on this later). Choosing to let the crew head to the shuttle alone will result in the crew dying.

Once you get through the next few rooms with seeker swarms, you will need to select a squad to go with you into the last fight, and leave everyone else to hold the door in a last stand against the Collectors. You can bring almost anyone with you, but it is recommended that you leave a few heavy hitters on the relief team, such as Garrus, Grunt, and Zaeed.

It’s best if you take two of your squishier squadmates into the last fight, because they are the most at risk when left with the ground team. If you didn’t send Mordin as the crew escort, you need to bring him with you here, as he almost always dies. If you want some bonus dialogue for the end of the game, bring Miranda with you.

Your best options for success are:

You can include one, but not two of these as your final battle squad (choosing two will almost guarantee a relief team member death):

As long as you followed all the steps in this guide, your squad will come out of the horrifying final battle unscathed, prepared to take on the Reaper threat in Mass Effect 3.

10 Cloverfield Lane Was Apparently Inspired By Gears Of War