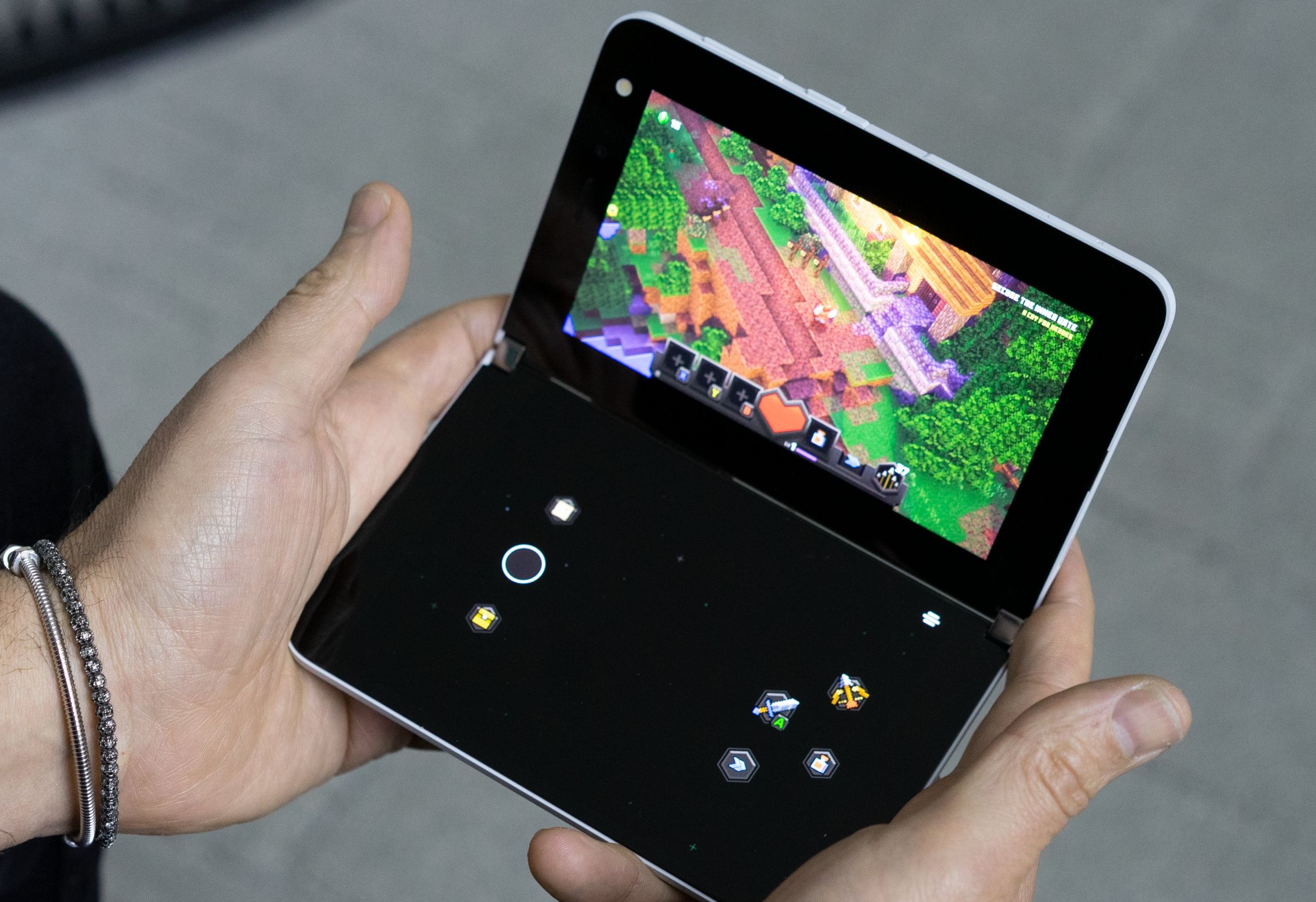 A simple update has turned the Surface Duo device into what is essentially an Xbox version of the Nintendo DS, but running xCloud.

Back when Xbox started, 20 years ago now, portable consoles were still a big thing and questions were constantly being asked about if and when Microsoft would make its own.

The much-rumoured Xbox Boy never did happen but the closest thing to it finally has, thanks to a new update for the Surface Duo device.

The Surface Duo is somewhere between a smartphone and a tablet (a ‘phablet’ as some would have it) and because it runs Android it can also use game streaming service xCloud, while also utilising the second screen as a virtual controller.

Of course, the second screen immediately brings to mind the Nintendo DS, but the use of the Surface Duo in this way is a purposeful attempt by Microsoft to make it a fully-fledged games device.

There is a rather obvious problem though and that’s the fact that the Surface Duo costs over £1,300 – so if you’re wondering why you’ve never even heard of it before, that’s the reason.

It’s a useful proof of concept, if nothing else, with Microsoft chief product officer Panos Panay tweeting about the fact that you can play over 50 Games Pass games on it.

The combination of Game Pass and xCloud is clearly where the future of Xbox lies, when the games will no longer be tied to a particular device and can be streamed regardless of the hardware they’re running on.

Controlling the games is an issue though and a physical controller is always going to be superior to a touchscreen, which is why Microsoft has been so keen to get Nintendo to allow Game Pass on the Switch.

Regardless of whether that ever actually happens the advent of xCloud could finally see Microsoft create their own dedicated gaming portable, if other companies prove less cooperative than they hope.

A very cool update goes live for #SurfaceDuo customers today! Working with @Xbox we’ve put touch controls on to the second screen. More than 50 games are available to play with touch for @xboxGamePass Ultimate Members. pic.twitter.com/ZPIqQZXxS4