Home » News » Minecraft: How Did We Get Here Achievement Guide

Seen by many as the pinnacle of Minecraft's in-game achievements, How Did We Get Here is awarded to the player for having every single effect applied at once. Not just every potion effect (they're covered alone in the pre-requisite "A Furious Cocktail") – every possible effect in the game.

How Did We Get Here is infamous for its difficulty, and is the bane of many an achievement hunter. Some particularly brave players speedrun it, but for most, the notorious achievement is simply out of reach. It requires not just brewing en masse, but wrangling several mobs, acquiring several food items, and getting a few other effects elsewhere. Here's how it's done.

All The Potions You'll Need 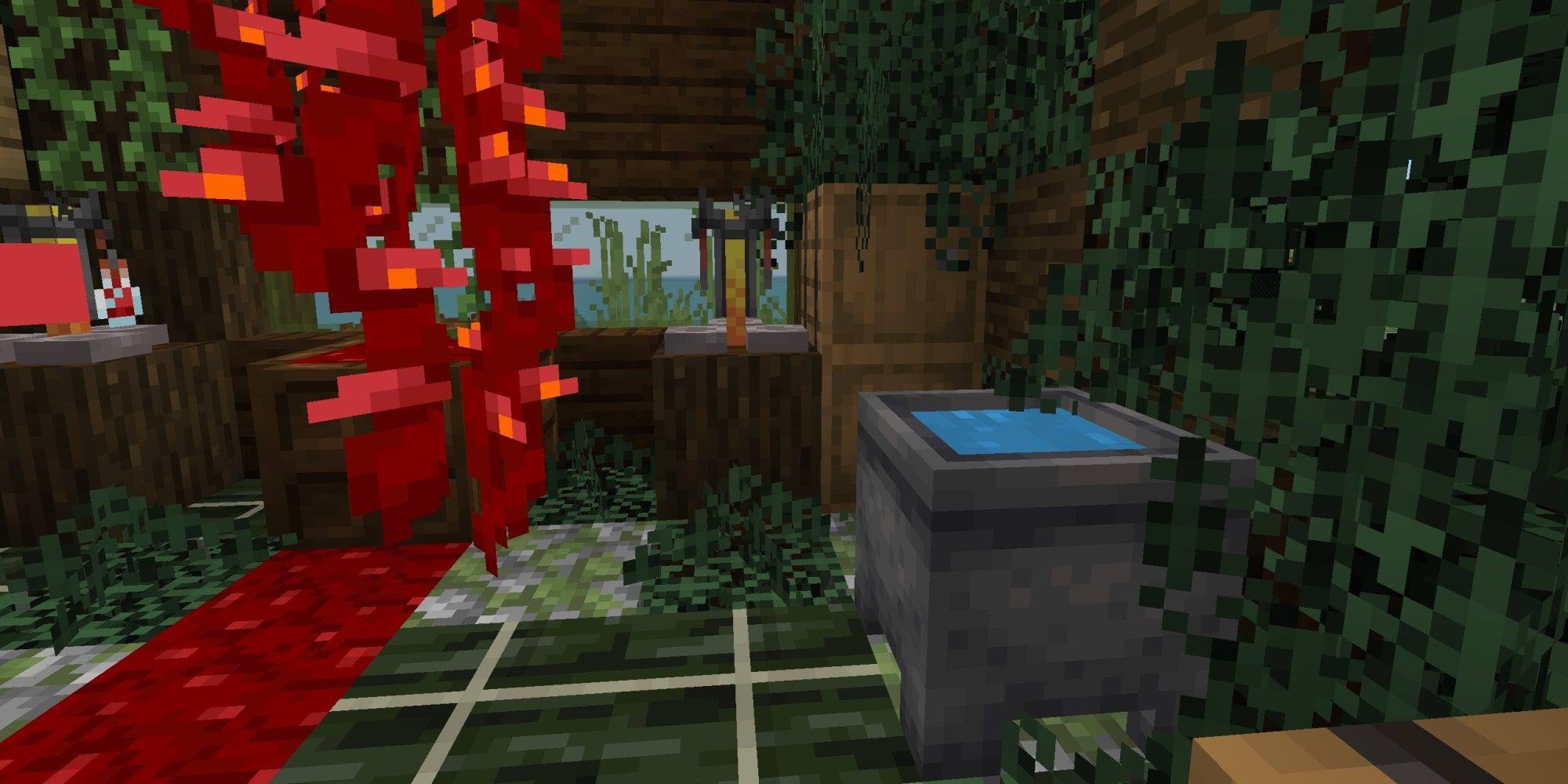 As you can see, while an Awkward Potion has no effect of its own, it's a very common base ingredient brewed by simply adding Nether Wart to a water bottle. The other common occurrence, fermented spider eye, is obtained by adding a spider eye (obtained when killing a spider by hand) to sugar and a brown mushroom in a crafting table.

Everything else is obtained how you'd expect: magma cream from Magma Cubes, golden carrots from combining carrots with gold, Ghast tears from Ghasts, Phantom membranes from Phantoms, Rabbit's feet from rabbits, and Blaze powder from Blazes (you'll also need some Blaze powder to activate the brewing process itself).

Additionally, to have more time to work with, it's a good idea to extend the duration of the effects your potions will give you by adding redstone, then turning them into splash potions to get the effects applied faster, which you can do by adding gunpowder.

Another notable point is that Poison can be ignored if, for whatever reason, you can't or don't want to brew it, as it'll be a byproduct of something else you need to get.

All The Food Effects You'll Need 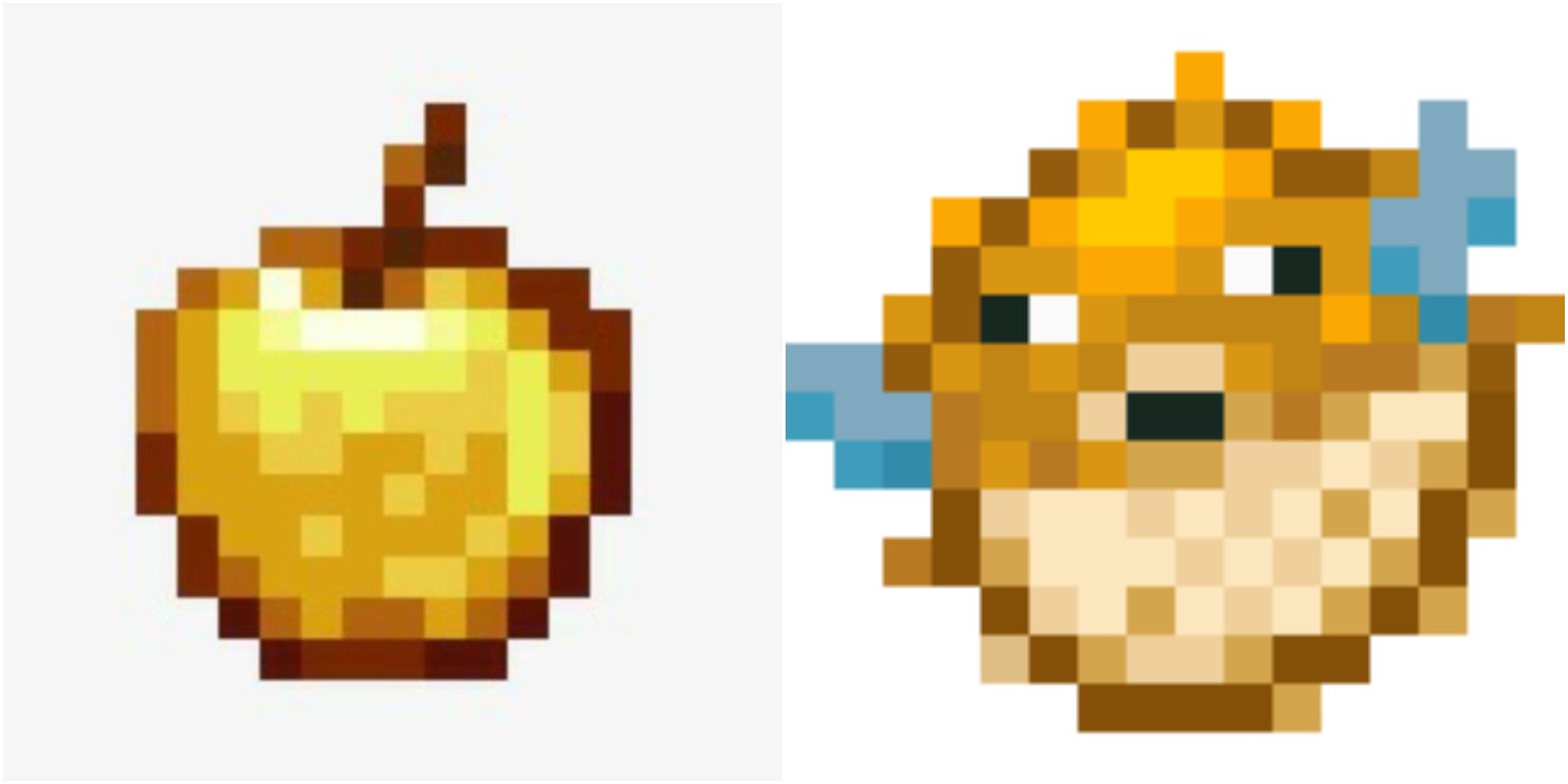 Once all your potions are ready, it's a good idea to take care of food next. You'll need a few items to eat. Here they all are, along with how they're obtained and the effect they'll give:

All The Beacon Effects You'll Need 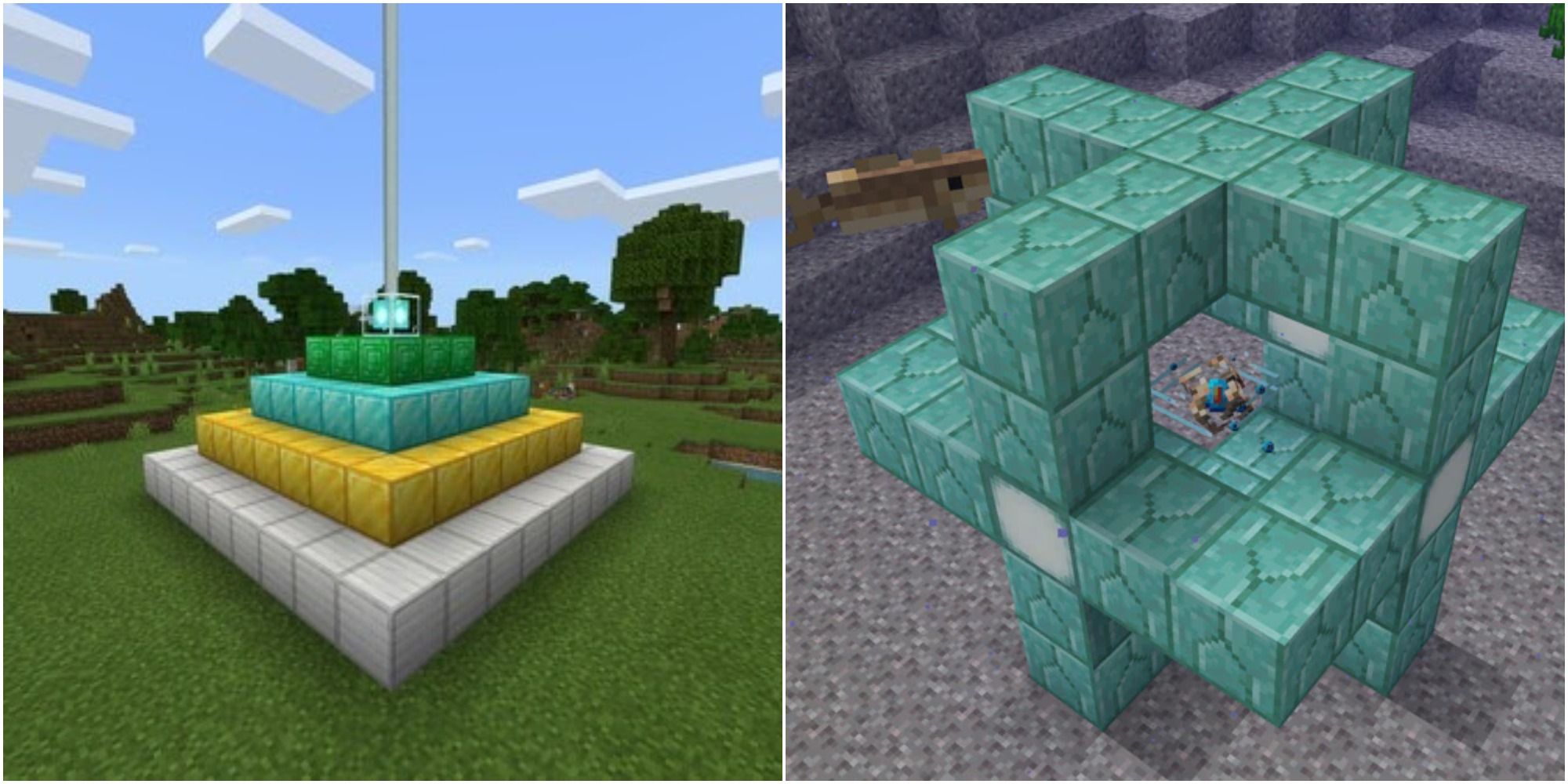 There are a couple of effects that have to be obtained from Minecraft's two types of beacons. The first is a regular beacon, which you'll need to kill the Wither after getting three Wither Skeleton skulls and obtain 164 blocks of iron (or another metal) to set up.

Once the pyramid is ready, place down the beacon and set its tier 1 effect to Haste, and its tier 2 effect to Resistance. This takes care of those two effects – Haste cannot be obtained any other way, and Resistance can only otherwise be obtained through a Potion of the Turtle Master, which is even more tedious to get than a beacon.

Next, you'll need a conduit. This is crafted using a Heart of the Sea and eight Nautilus Shells, and activated by placing it in water. Surround it with a ring of prismarine on every axis and you're good to go – it'll provide the Conduit Power effect to everything nearby. 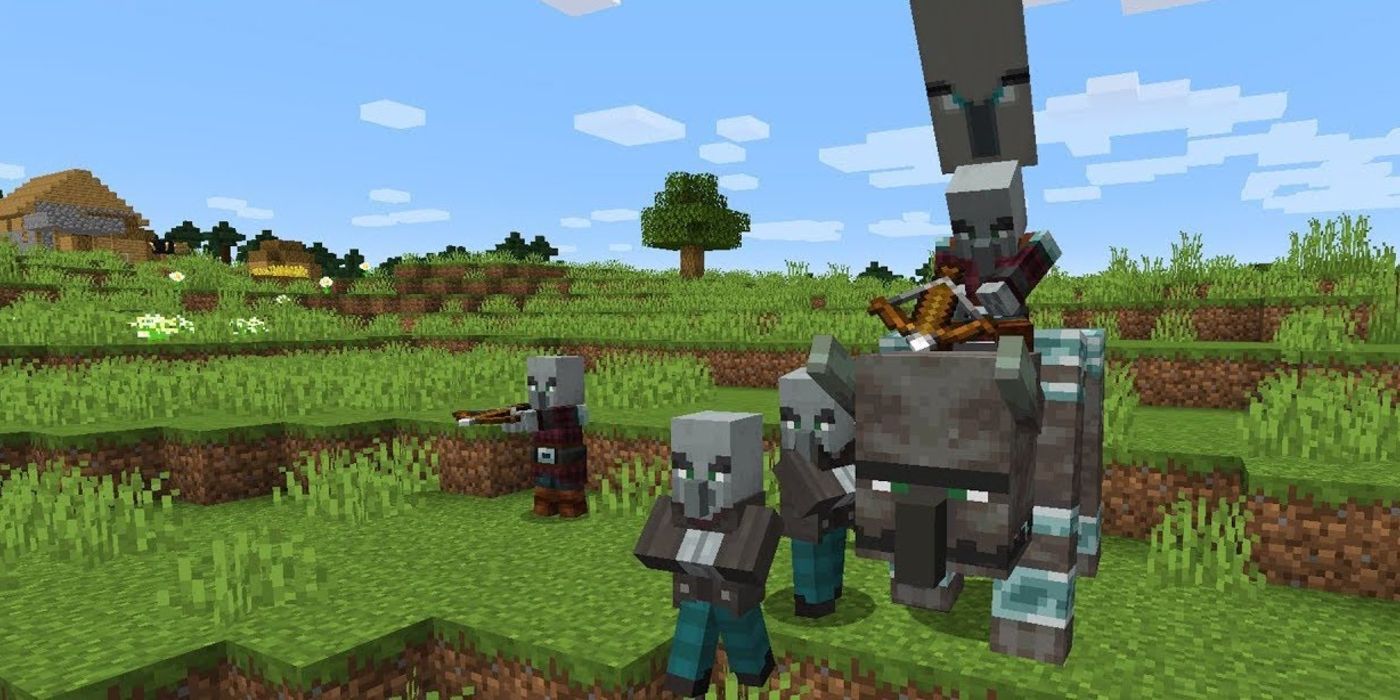 There are two effects you'll need to get from Pillager-related activities, and it's fine to get these now since they last an incredibly long time. The first is Hero of the Village, which is obtained for beating a raid.

Find a Pillager captain (identifiable by the banners they carry) in a patrol or at an outpost, kill him to get the Bad Omen effect, then go into a village to trigger a raid. Defeat the raid and be rewarded with Hero of the Village. Beating the raid will also earn you Totems of Undying from the Evokers you kill, which can be used to get the Absorption, Fire Resistance, and Regeneration effects, but it's a far less convenient solution than the ones outlined above.

The second effect, as you might have guessed, is Bad Omen. Once you've beaten the raid, kill another Pillager captain to get Bad Omen once more, this time for good. Just make sure not to enter any villages once you have the effect, as this will trigger a raid and remove Bad Omen. 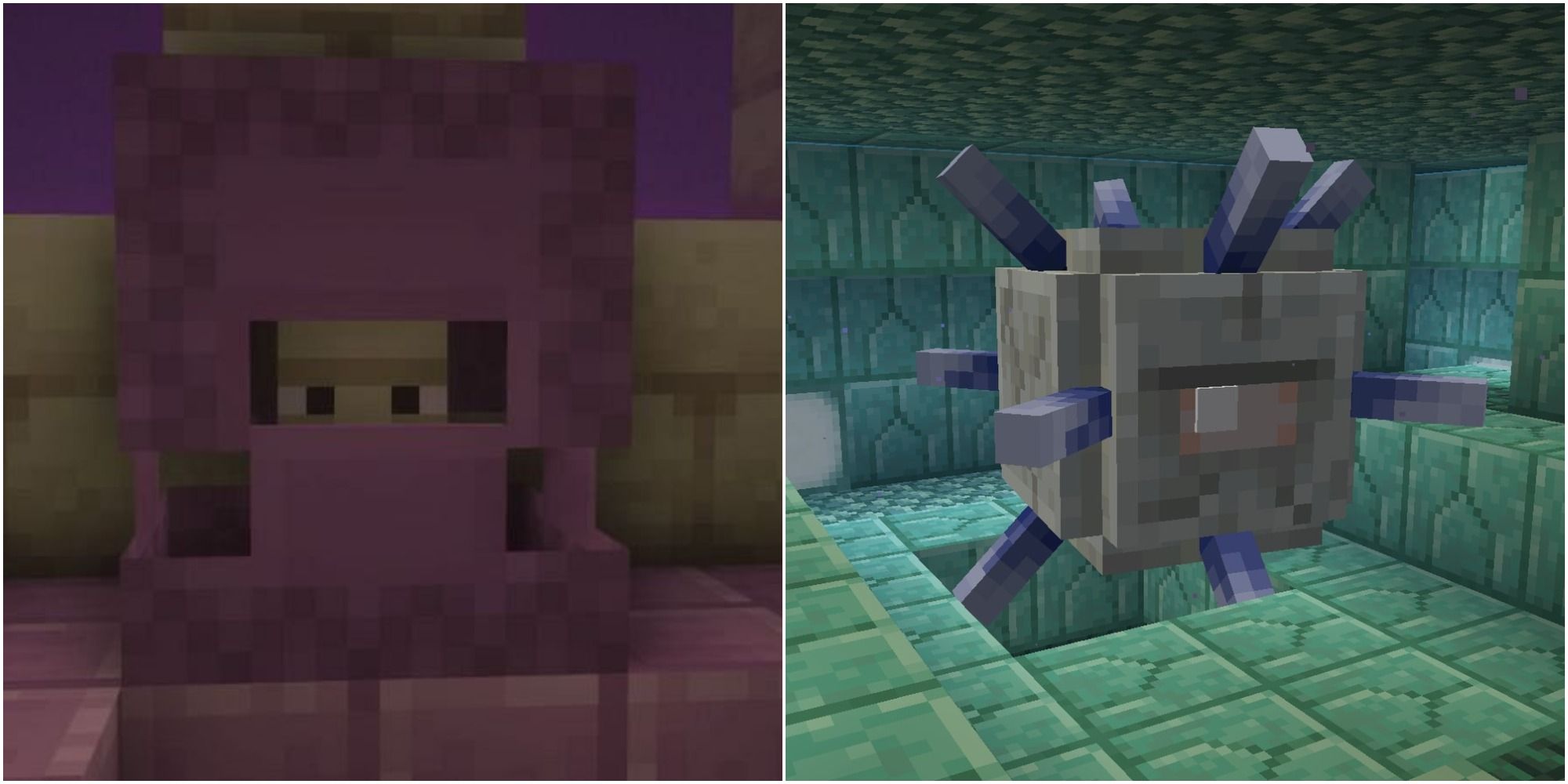 We're almost done setting up! There are a few effects you'll need from mobs for the achievement, so get ready to capture some creatures and keep them contained until you need them. The first is Dolphin's Grace, so just get your hands on a dolphin and leash it up in the water where you'll be working.

The next is the Wither effect, so lure a Wither skeleton through a portal and keep it in a pen until you need it. Alternatively, you can use a Wither rose, which is obtained when a Wither kills a mob. You'll have needed to fight the Wither for all this anyway, so bring a bucket of fish or something and place it down for the angry boss to kill, and you'll be rewarded with the deadly flower.

The next one is the hardest – you'll need the Levitation effect, which requires a Shulker. Getting one of these grumbly box-creatures out of the end can be tricky, but it's doable with minecarts and a lot of patience. When they go through the main End portal, they'll come out at spawn in the Overworld, so be ready to travel there to pick your new purple pet up if you've set your spawn somewhere else.

Lastly, Mining Fatigue. This is obtained by being in the vicinity of an Elder Guardian, and while you could capture one of these and move it, it's far easier to just set up where you'll be getting the achievement close to an ocean monument, especially since you need to work in the water anyway. Simply find an untouched monument and set it up nearby.

The Final Effect And Getting The Achievement 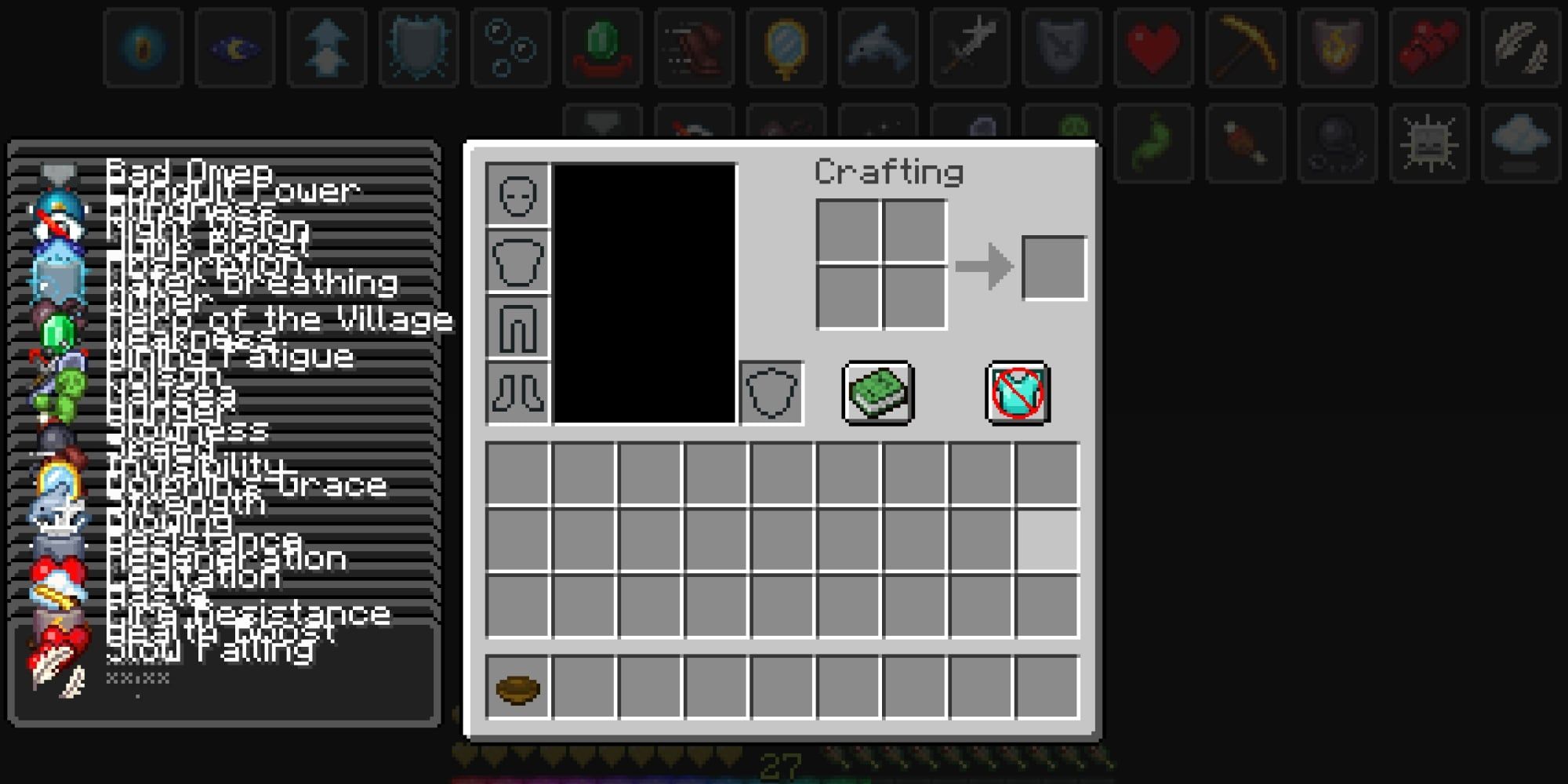 The last effect is glowing, which is obtained when you're shot by a spectral arrow (crafted using arrows and glowstone). Craft one of these arrows and put it in a dispenser to shoot yourself with it. With that sorted, everything should now be in place to get you the achievement.

Start at the ocean monument to get the Mining Fatigue (one infliction of this lasts five minutes, so you'll have plenty of time to get everything else sorted), then swim or boat over to where you have your dispenser, beacon, conduit, and the mobs you're holding. Throw all your potions, eat all your food except the suspicious stew, use the dispenser to shoot yourself with the arrow, swim with the dolphin, stand on your Wither rose, let the Shulker hit you, and eat the suspicious stew (the blindness effect is incredibly short, which is why it's done last). You'll need to be quick about all of this, since whichever order you do it in, there are some short countdowns on effects that'll limit you.

Get it all right, however, and you'll be rewarded with what is arguably Minecraft's rarest, and hardest-to-get achievement. You'll also get A Furious Cocktail if you didn't already have it, meaning all your hard work might pay off in a two-for-one. Either way, though, going for How Did We Get Here is a fun, challenging, and rewarding process, and once you have it you'll have completed one of the most notorious challenges in all of Minecraft.

Developer Jokes About Beating Nintendo With Dirt Cheap eShop Game Amid Plans To Keep All Prices Above $1.99