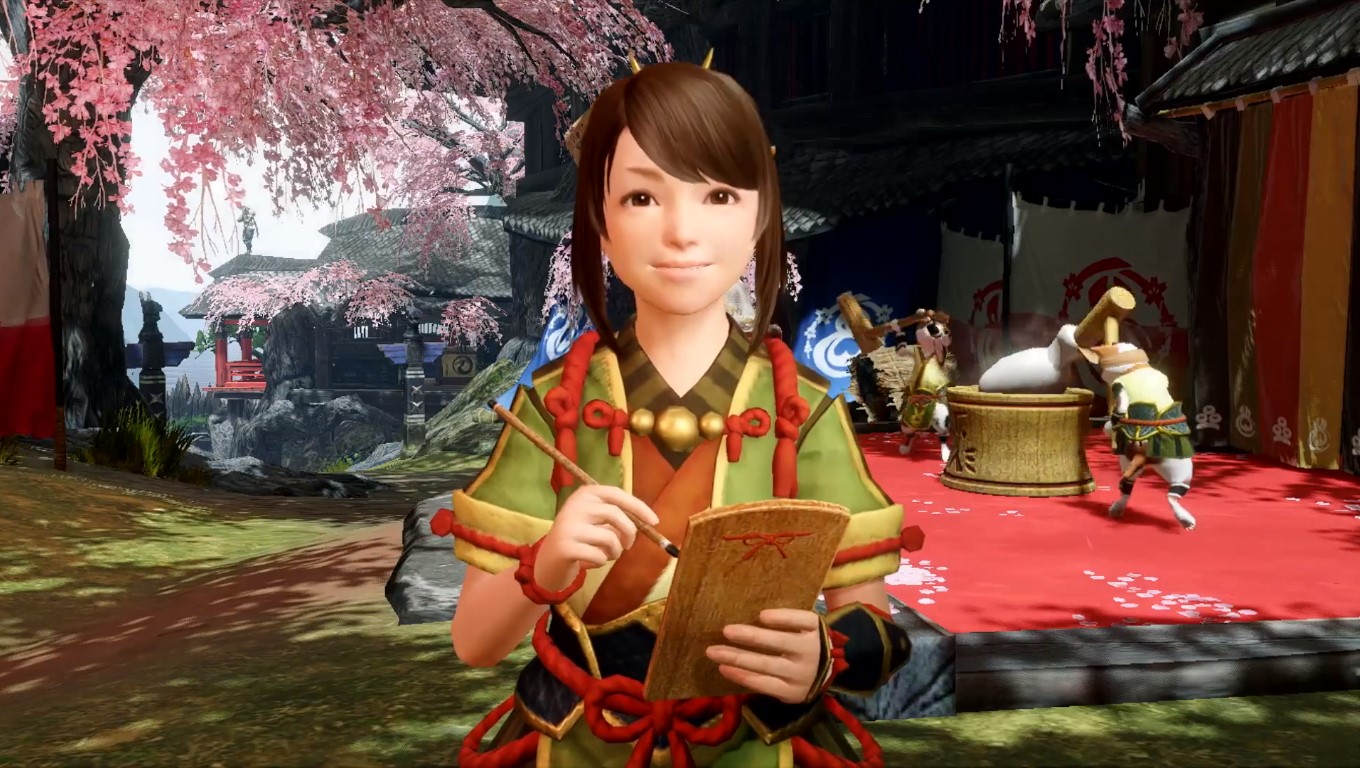 Despite there now being light at the end of the tunnel, it’s becoming harder and harder to think of life before COVID-19 as normal, compared to what we’ve been enduring for the last 12 months. The video game industry has prospered from having so many people stuck inside with nothing to do and yet, at the same time, the release schedules have grown thinner and thinner, and are due to reach an apogee of emptiness later in the spring.

Even for those few games that are coming out in the first half of the year, there has been the problem of how to promote them when nobody can meet face-to-face. Normally with a big game like Monster Hunter Rise, especially one where co-op play is so important, we’d attend some kind of hands-on event and have a chance to interview the developers. None of that is possible at the moment though and so instead Capcom has done the only thing they can and shown us an extra 35 minutes of gameplay.

That’s more useful than it sounds though as everyone has had a chance to play Monster Hunter Rise thanks to its free public demo, so we already know how the basics work. The demo only featured missions and tutorials from the very beginning of the game though and what we’ve seen in the new footage is a demonstration of what comes after. Which includes features and environments that have us further convinced that this is going to be one of the best Monster Hunter games so far.

The footage begins in the game’s main hub, Kamura Village, where the first thing you’re struck by is just how good the graphics are. Japanese publishers have been strangely slow to embrace the Switch, despite its dominance in their home country, and so up till now almost all the most graphically advanced games have been from Nintendo themselves. However, Monster Hunter Rise, using a version of the RE Engine, looks fantastic, with the human characters in particular probably the most realistic ever seen on the Switch.

The hubs in Monster Hunter are always functional but they’re also a palette cleanser between hunts, allowing you to decompress and enjoy the ambience. So while it would be just as easy to buy and craft items from a single, boring menu it’s far more fun to visit a tea shop to gain buffs for the next hunt, the smithy to craft new items or the Wyvern twins Hinoa and Minoto to pick up special single-player only quests.

Being able to meet and interact with co-op players before a hunt is also important but one of Rise’s key differences from the previous games is how it handles computer-controlled ‘buddies’. Rather than a single cat-like Palico you can take dog-like Palamutes with you as well, recruiting them in the village and setting them up with their own armour and equipment.

You can take two buddies with you into a single-player hunt, but you can also send them off on their own gathering quests via the character Chief Kogarashi, who is – and prepare yourself here, for the best cat-related pun we’ve heard in a long time – in charge of Meowcenaries.

The demo map was Shrine Ruins, which is reminiscent of the opening area in Monster Hunter: World but the new footage kicks off in Frost Islands, with your hunter and his buddies dressed up in suitably warm looking clothing – which is the first time we’ve thought of a dog in a cardigan as being actively cute and not a worrying indication of their owner’s fragile grip on reality.

Flooded Forest is also part of the new footage, while according to Capcom the other two areas are called Sandy Plains and Lava Caverns. Which are such straightforward and easily understood names that we can only assume nobody on the team has ever worked at Square Enix.

Frost Islands is obviously covered in snow, but it’s also filled with shipwrecks, apparently the remnants of a famous hunt for a giant-sized dragon. All the maps have their own backstories and it’s clear a lot of effort has gone into making sure the basics of them are obvious simply by observing your surroundings.

Between the shipwrecks and the high cliffs there’s plenty of use for your wirebug, the new grapple hook style item that you’ll know from the demo. The wirebug is essential to traversal and hunting larger monsters, since it also allows access to special silkbind attacks that are different for each weapon. Watching one of the devs showing off with it underplays how much skill is involved, but as was obvious from the demo it’s a welcome addition that is more than just a one-note gimmick.

The same seems to go for wyvern riding, where you’re able to mount medium-sized monsters and ride them into battle, each with their own unique attacks. This is also harder than Capcom makes it look, but in a game like this that’s exactly what you want. Monster Hunter isn’t some linear story adventure, it’s a game you come back to time and again to improve your skills and gain new equipment.

Some have been disappointed that there are no new weapon types, just the 14 from Monster Hunter: World, but the wirebug and wyvern riding seem to offer just as many opportunities for learning new skills and in a more imaginative way than just adding in a couple of new weapons.

Of course, the most important thing is the monsters themselves and, as usual, there’s a mix of returning creatures, variations on existing ones, and never before seen opponents. So, for example, you’ve got the long-necked Khezu from the very first PlayStation 2 game and the brand new Bishaten – a bizarre chimera that looks like a cross between a lemur and an archaeopteryx.

The electricity-generating Khezu are blind and so live in dark caverns in the Frost Islands, while the Bishaten’s home is the Flooded Forest, where it flings persimmons to disorientate you and make its escape through the trees – while you’re left wading through the swamps.

The Great Izuchi, which looks like a feathered dinosaur, was already in the demo and is also unique to Rise, while the amphibious Tetranadon is able to change its shape, reappearing in different forms that require different techniques to handle, much like a traditional boss battle.

The only obvious complaint to make at this point, as it was with the demo, is the terrible voiceovers, where everyone speaks like a Californian dudebro or valley girl and yet their names and character designs are clearly inspired by medieval Japan. It’s a bizarre choice that completely ruins the atmosphere whenever anyone opens their mouth and we now fear there’s no time to change it.

However good the graphics are – and for the Switch they are very good indeed – Rise will still never be able to compete with Monster Hunter: World visually but the complex new systems means it has a good chance of being a better game. It’s also one which veteran fans will welcome with open arms, as it feels like a welcome compromise between World’s accessibility and the more esoteric nuances of the older games.

Whether it really will be the best of both worlds remains to be seen, or rather played, but at the moment Monster Hunter Rise seems perfect for both existing fans and those looking for an epic new adventure on the Switch.

343 Industries Announces Upcoming Halo: MCC Flight Might Test For A “New Place And Way To Play”