Palicos and Palamutes are a hunter's best friends in Monster Hunter Rise: Sunbreak, and the expansion adds even more ways to customize your buddies. By completing certain side quests, you can further customize the supporting moves your buddies use during hunts.

The first of these side quests you can complete to upgrade your buddies is Tough Training Tools. This request can be accepted from Buddy Agent Nagi after clearing the Urgent Quest dealing with Garangolm. Let's take a look at how to complete the Tough Training Tools quest, and what the rewards are. 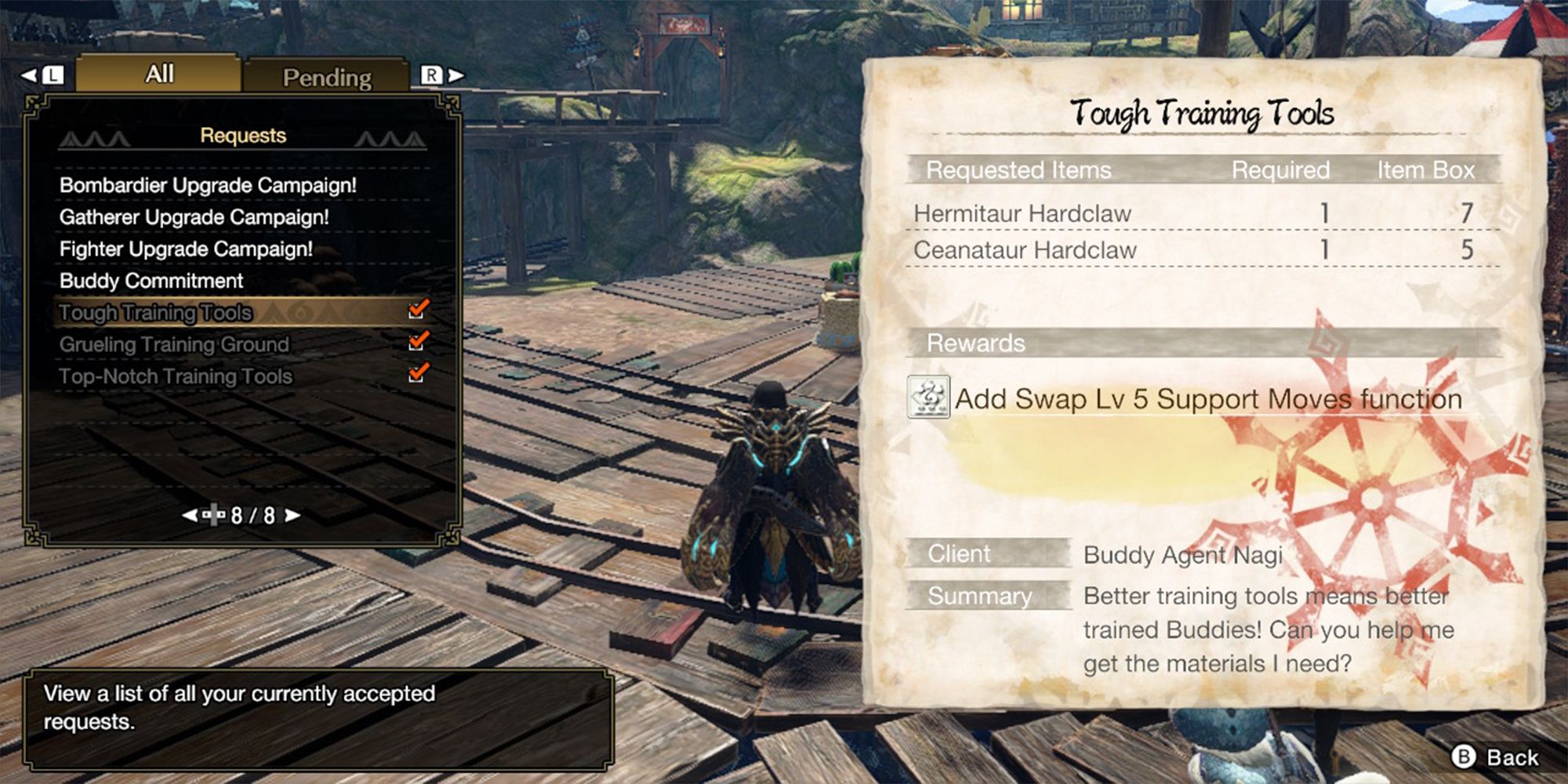 To complete the Tough Training Tools request, you'll need to deliver two items; one Hermitaur Hardclaw, and one Ceanataur Hardclaw. These materials can be obtained from Daimyo Hermitaur and Shogun Ceanataur, respectively.

Overall, these materials are extremely common, and you should be able to get a few of each from just hunting each monster once. If you want to knock out both of these materials at the same time, we recommend completing the quest Rock, Razor, Pincers, as this quest tasks you with hunting both a Daimyo Hermitaur and a Shoun Ceanataur. 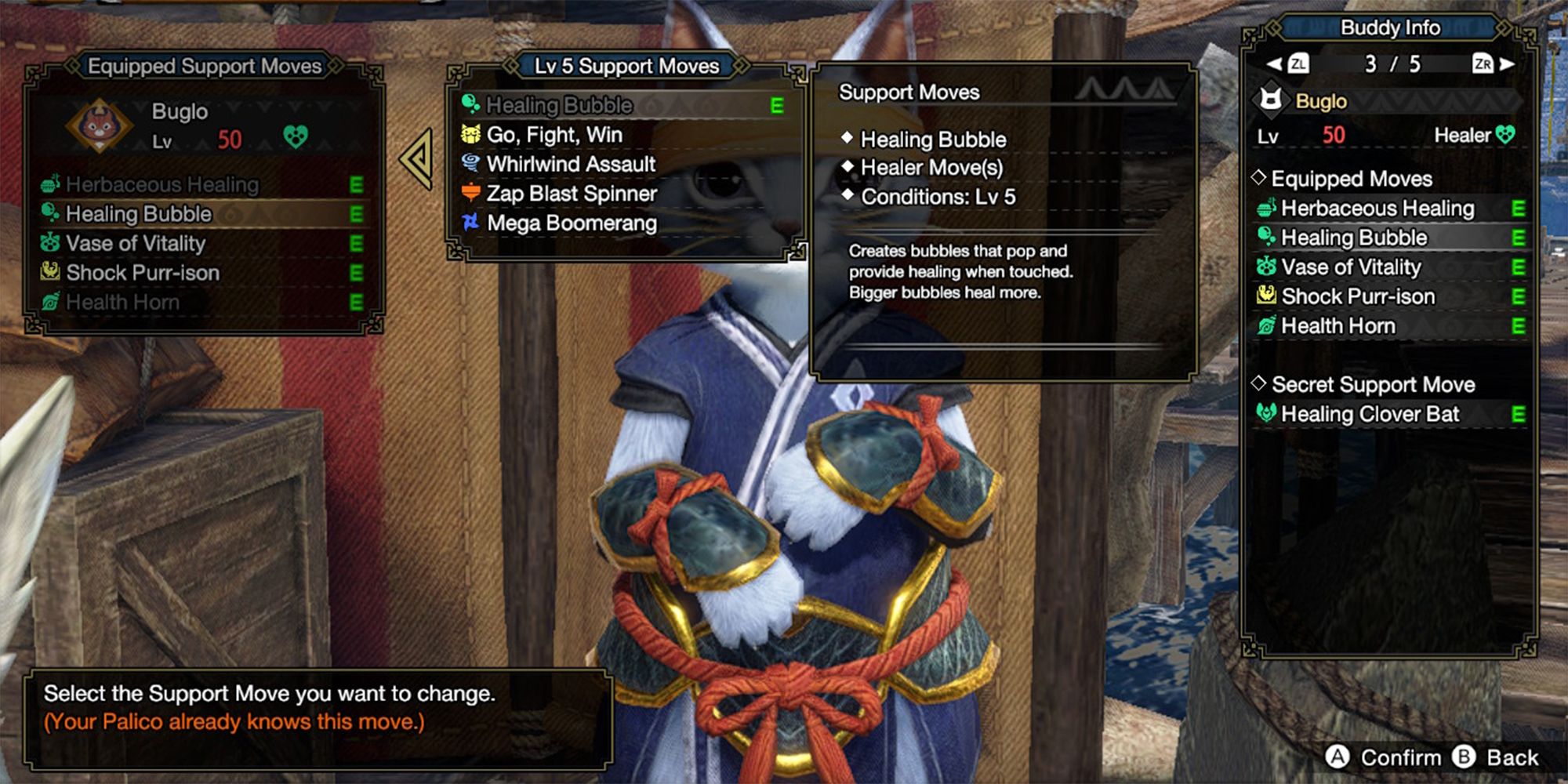 This means your healer-type Palico can equip the Bombardier Move Zap Blast Spinner. Swapping support moves allows you to customize your buddy and create the perfect sidekick.

Ghostbusters: Spirits Unleashed Is A New 4v1 Multiplayer Title By The Makers Of Predator: Hunting Grounds