There’s nothing more intimidating than starting a brand new souls-like game like Mortal Shell. You never know what items are worth holding, which weapons to invest in, how to best level your character, or what else may come back to bite you later on. A lot of the experience of Mortal Shell is in discovery, but at the same time it is never fun to get five or ten hours into a game only to realize you’ve put yourself at a major disadvantage for the rest of the game because of minor mistakes you made at the beginning. Thanks to Reddit user DaemonXHUN’s tips, we have put together a guide to get you started on the right foot in the brutal world of Mortal Shell.

This guide will not have any story spoilers, but will talk about some mechanics, items, weapons, and game play mechanics. None of them are from the late game, but be warned that we will need to spoil these minor details.

Don’t Level Up Everything 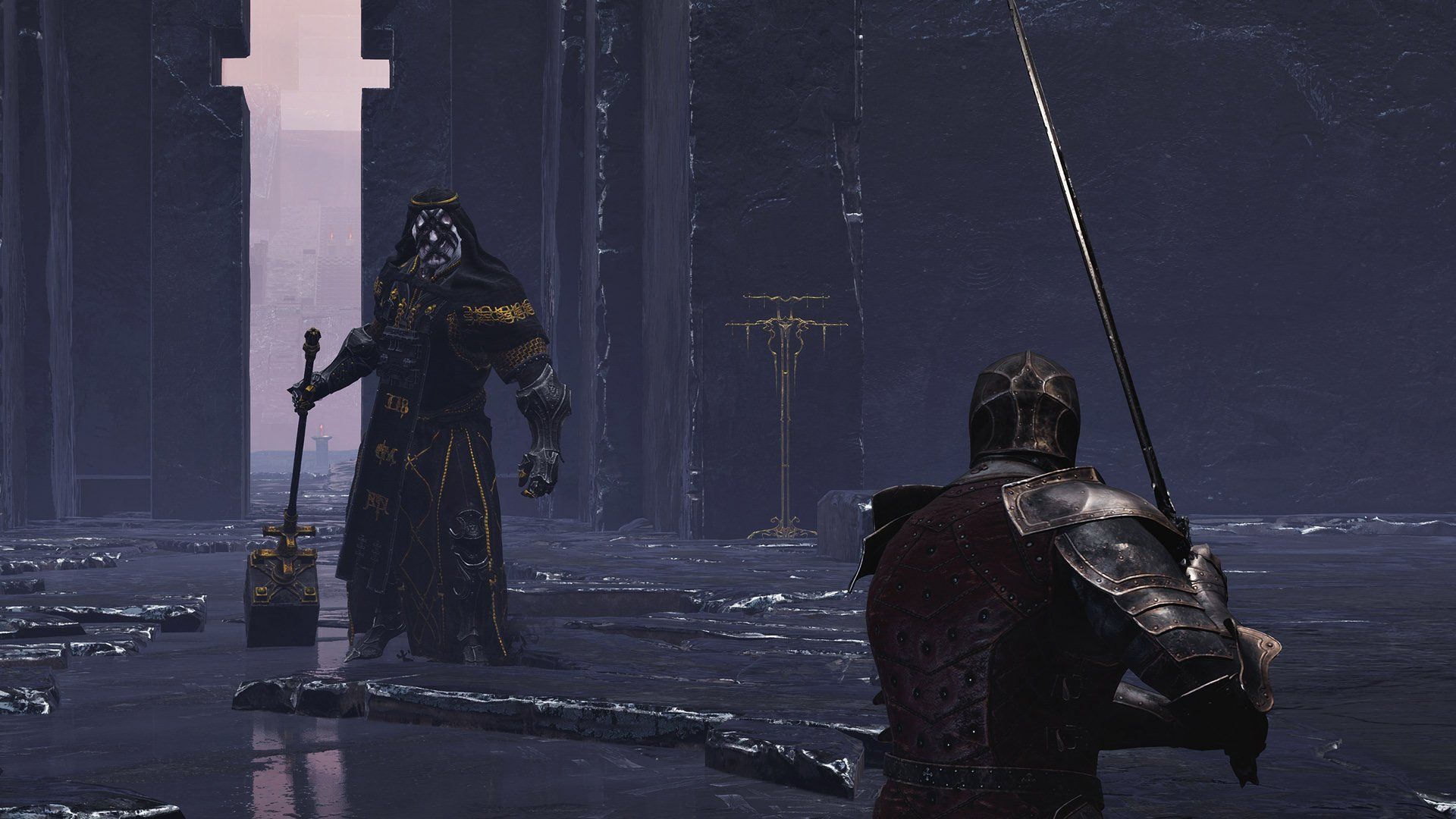 In Mortal Shell you will earn Tar and Glimpses, which are this world’s currency and experience respectively. During a very thorough and stingy play through, you can expect to earn enough currency to level up three out of the four Shells in the game, and just one or two of the weapons. Each of the four Shells cost around 20,000 Tar, plus some Glimpses, to upgrade to their maximum level, with an estimated total of 60,000 Tar existing in each play through. So, while you could invest all this into your Shells, it would be much more sensible to invest in just one or two Shells so you still have Tar to spare on other things like healing items and upgrading your weapons.

In that same line of thinking, choose two weapons you like to focus on maxing out. Again, upgrades aren’t free, but in addition to Tar upgrading weapons also cost another item called Quenching Acids. As far as anyone knows, there are only eight in the entire game, which is just enough to upgrade two weapons all the way, along with 5,000 total Tar.

Managing your resources is a major factor in Mortal Shell, and you can be severely punished for wasting them trying to experiment too much. Not having access to fully upgraded Shells and weapons can and will make the late game a nightmare. 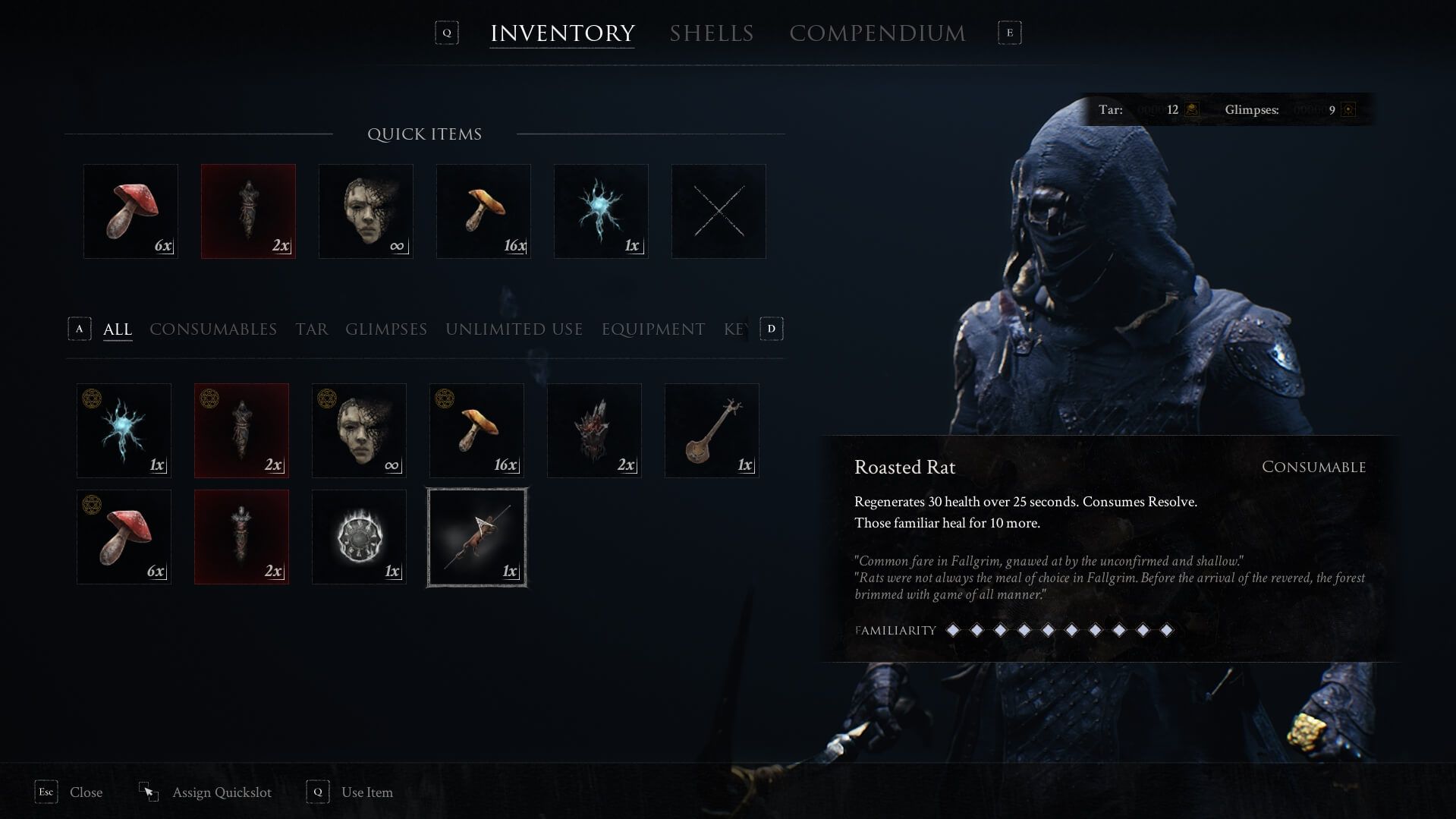 If there’s one consumable item you should not feel guilty about spending your Tar on, it’s the Roasted Rats. Not only are they cheap, costing 100 Tar each, but they are decent enough healing items that having around ten in your inventory can often carry you through and entire area and its boss without much worry. Because there’s no Estus Flask equivalent in Mortal Shell, your healing options during combat are limited to items and a difficult parry mechanic. Unless you’re very confident in your timing, relying on parries to heal is very risky so having a stock of Roasted Rats in your bag is always recommended. 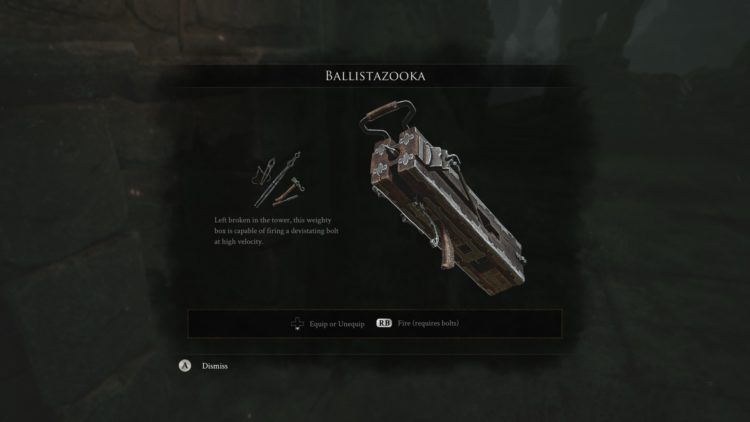 Some vendors in Mortal Shell will offer unique items that can upgrade your character but are pretty expensive and not suited for everyone. One of these items is the Ballistazooka, a rare ranged option. It isn’t a weapon you will be able to use all the time but can be helpful if you find yourself stuck in an area with too many enemies. You will first need to purchase Tools, which alone cost 8,000 Tar, plus the weapon itself so think carefully before investing in this one.

The other unique item to consider is the Tarnished Seal Offering which grants your character more resolve during combat. Resolve, if you are unaware, is a stat that you use to perform weapon and Tarnished Seal abilities. It is shown on your screen as little bars on the bottom left just above your health, and is replenished by dealing damage or through consumable items. Because resolve is useful for any type of player, and the seal only costing 3,000 Tars, it is a much easier choice than the Ballistazooka. 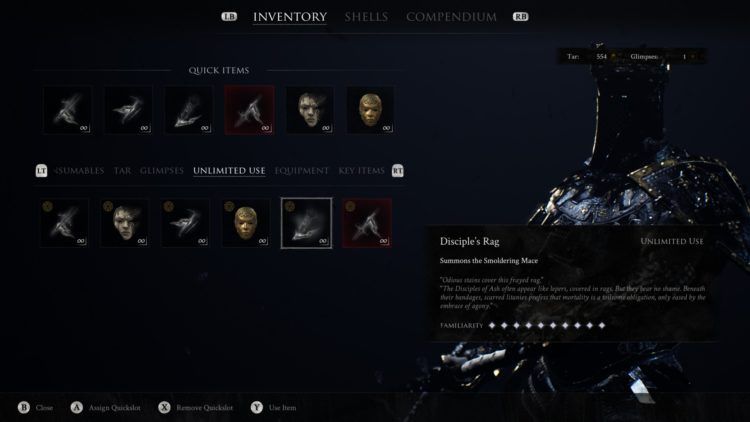 Mortal Shell has a familiarity system related to each consumable item. You raise this level just by repeatedly using that item, and the higher the level the more effective it becomes. That means your natural instinct to hoard all your consumables will just backfire on you since once you do get around to using them they will be less effective than they could be. Roasted Rats should hit max level early on if you follow our earlier tip, but you can also level up different Tars and Glimpses too. For example, a Remnant of Tar at level one is worth 80 Tar, but gives 100 at familiarity six and Roasted Rats will heal for 10 more by level eight.

These numbers may not look like a lot, but over the course of the game will make a major difference. 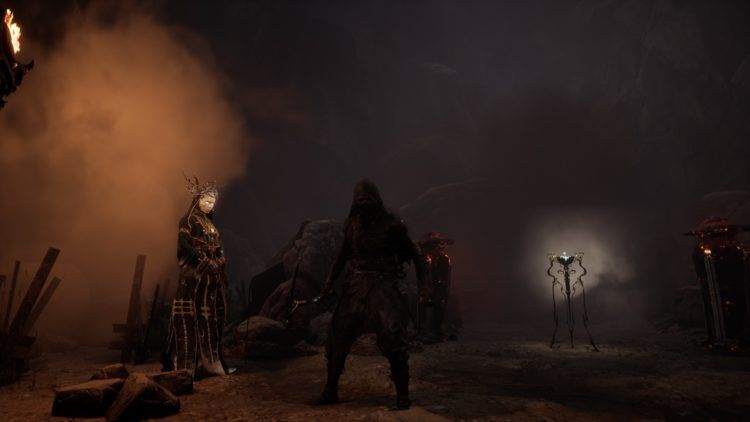 Put this item at the top of your list of things to purchase the moment you see it. This tucked away item is required for you to unlock free fast travel between any sesters you have already been to without having to find and speak to Sester Genessa. It doesn’t become available until you max out one of your Shells, at which point speaking to Awaken Sester Genessa will open up a list of items you can purchase, one of which being the Ornate Mask for 30 Glimpses. Normally she is where you go to spend your Tar and Glimpses on Shell names and abilities, but once you have purchased all of those for any Shell she will start selling items as well.

Red Dead Redemption 2: Every Attribute & How To Raise Them