The Tiel Shell in Mortal Shell may seem useless when you first find it, but with the right build you can use it to dominate any foe.

Of the four shells you can find and swap between in Mortal Shell, Tiel, the Acolyte makes the worst first impression. His durability stat is the lowest of any in the game, he doesn’t have much resolve, and he takes a lot of skill to be effective. While he certainly isn’t recommended for new players, in the right hands he can be an overwhelming attacker that rips through enemies. Plus, he has some very powerful skills that can help ease the learning curve for anyone wanting to experiment with him. Here’s how you should build him for best results.

Tiel’s best stat and asset are both his stamina. This stat comes maxed out, and will let you do way more attacks than any other shell, and let you use any of the games weapons easily. In terms of skills, Tiel has a focus on utilizing poison. While this might seem weak at first, the way he wields it will surprise you.

The first low cost skill that you should pick up is Accretion of Yearning. This isn’t Tiel’s most powerful skill by any means, but will make a lot of areas much less of a headache for not much cost. For just 1,000 Tar and nine Glimpses, poison damage will no longer deal damage, but actually heal you.

Accretion of Dominance, meanwhile, may very well be the best skill for this shell. What this does is give you a poison effect to your attacks after you’ve killed an enemy that doesn’t wear off until you get hit. For a lot of regular enemies, this buff alone will take them out in one or two attacks, making it that much easier to hold on to the buff. If you’re a more aggressive player, you could go for this skill first if you wanted since it isn’t much more expensive at 1,100 Tar and 8 Glimpses.

Last up is a choice between Accretion of Inheritance and Recollection of Death. You should get both, but the order is up to you. Accretion of Inheritance is an awesome ability to get late because it gives a chance for all your other passive skills to trigger when you hit a poisoned enemy. Recollection of Death, which you can get with any shell, gives you the chance to recover your “last chance” by taking down enough enemies. Again, this one will depend on how aggressive of a player you want to be. 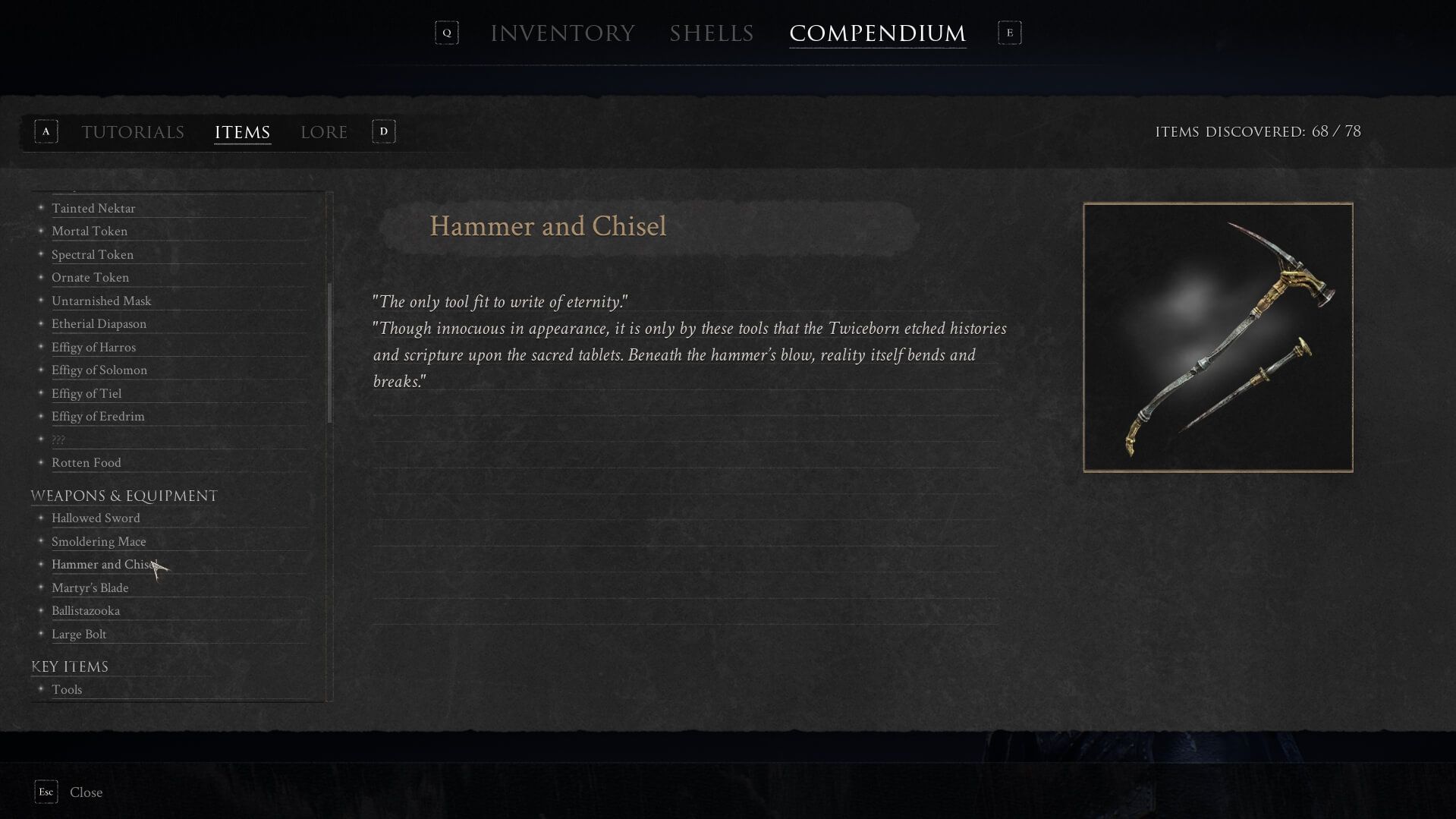 Again, Tiel’s massive stamina bar makes any weapon totally viable with him, but the Hammer and Chisel has the most synergies with his playstyle. This weapon has the fastest attacks, which you can use to stunlock a lot of basic enemies and finish them off thanks to having so much stamina. The quick strikes also can get that poison stacked up super fast. The Hamer and Chisel’s abilities are fine, but not overly great, but since you only have two bars of resolve you wouldn’t be able to use them much anyway.

All in all, the way this shell should be built is for anyone who wants to really push the game’s mechanics. You can stay in fights, attacking and dodging, for way longer than any other shell allows, and you are rewarded for it too with damage and buffs. The only true downside is that you will have to use weapon abilities sparingly with such little resolve.

Battletoads review – reboot of the century or epic level troll?