The vision of safe, reliable autonomous vehicle transportation at scale is closer than ever to being realized, says James Peng, CEO at Pony.ai. Since the company’s founding in Fremont, California in late 2016, the company’s been making strides in autonomous mobility deployment in both the U.S. and China. The company was the first to launch and offer a public-facing Robotaxi service in both countries.

“The technology is moving from experience-level to application,” Peng says. “The first half of the game is to build stable and mature products and accumulate experience. The second half is to move from R&D to mass production and scale, in addition to achieving commercially viable products.”

In 2019, Peng predicted that the world would see a wide adoption of fully autonomous driving vehicles on the open roads within five years, and that forecast is gaining momentum. Pony.ai just received a driverless permit from California DMV, a milestone for their engineers to perform driverless testing without a human driver behind the wheel on public roads within the state. These tests are accelerating commercial growth across their operation sites worldwide, and they plan to launch driverless Robotaxi service to the public in California starting in 2022.

“I’m pretty confident that in many of the larger cities in the U.S., people will soon be able to ride with a driverless Robotaxi vehicle,” says Tiancheng Lou, CTO at Pony.ai. “A significant portion of taxi services will be supported by driverless vehicles.” 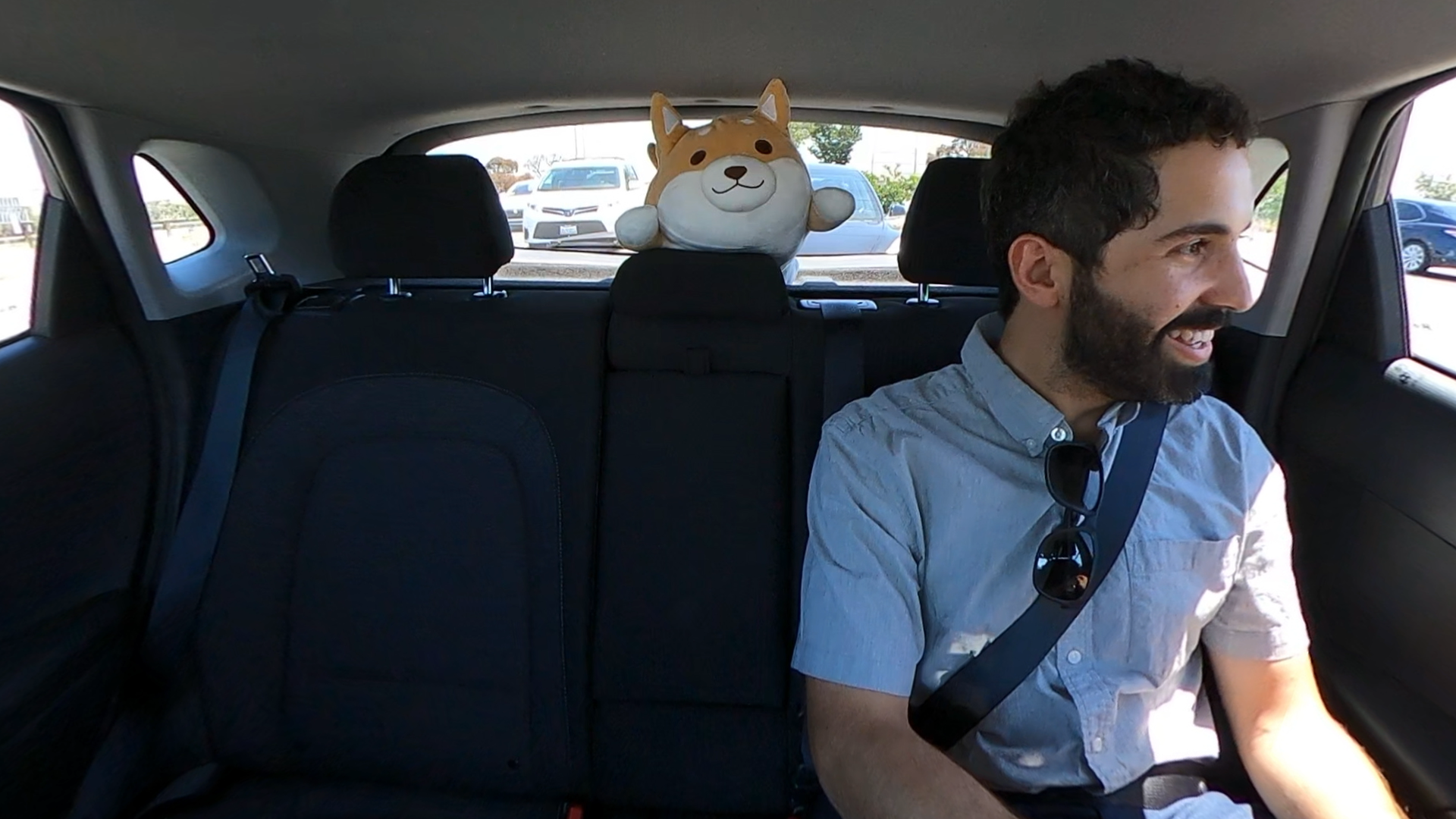 Pony.ai currently offers ride-hailing in its autonomous vehicles in five markets: Irvine and Fremont in California; as well as Beijing, Shanghai, and Guangzhou in China. The company plans to install its technology in hundreds of vehicles next year, rising to tens of thousands in 2024-2025.

Waymo, Google’s self-driving car arm, has been piloting a fleet of fully driverless robotaxis in Phoenix for the past year, while Amazon-owned Zoox unveiled its autonomous robotaxi service last December.

The goals of autonomous driving

According to most companies, the biggest benefit of autonomous driving is safety. The U.S. Department of Transportation has reported that 94% of car crashes are caused by human error. While overall driving was down in 2020 because of the pandemic, traffic fatality rates surged 24% — the highest spike in nearly a century. Autonomous driving is the solution to this issue, Peng says, and companies like Pony.ai, Google, and Uber, along with most of the major automakers, are sinking considerable money into R&D, optimistic about the future of autonomous driving.

A transition to autonomous vehicles also has potential to reduce greenhouse gas emissions and support U.S. economic growth, points out the Self-Driving Coalition for Safer Streets. The coalition, which includes members Ford, Volvo, Lyft, Uber, and Waymo, promotes the benefits of fully self-driving vehicles and supports the fastest deployment possible – or advancing the scale of the technology, which would enable mass production and start moving autonomous vehicles to the center of the smart city vision.

Challenges of driving autonomy at scale

Pony is hoping to achieve large enough scale to reduce costs and meet commercial needs by 2022 with Alpha X, the working name for their latest generation of autonomous vehicles, Lou says, which are designed to be manufactured on a production line.

“To have a large number of vehicles, we need to manufacture them in a standardized way,” Lou says. “It’s a critical step to achieve front-loading mass production of self-driving cars.”

Compared with the previous generation, PonyAlpha X is more compact, integrated, and lightweight in terms of system hardware integration, reducing the cost of post-maintenance. They recently partnered with Toyota to equip PonyAlpha X on Lexus RX models.

In February of this year, the company rolled out the new self-driving vehicles equipped with the latest generation system from the standardized production line. The cars will go through all-day autonomous-driving open-road tests in Guangzhou, Beijing, and Shanghai before they join the company’s Robotaxi fleet for large-scale operations.

Their recent partnership with Luminar, an autonomous vehicle sensor and software company, has also allowed them to significantly bring down the cost of manufacturing, which is always a major hurdle for mass production.

“For the next generation, one of the biggest challenges is we’re trying to use auto-grade sensors,” Lou says. “One of the critical pieces is Luminar LiDAR. Using that LiDAR, we’re moving one step toward to being ready for mass production, and then we can prepare for large scale production. Luminar LiDAR, compared to our current solution, is more reliable and much cheaper.” 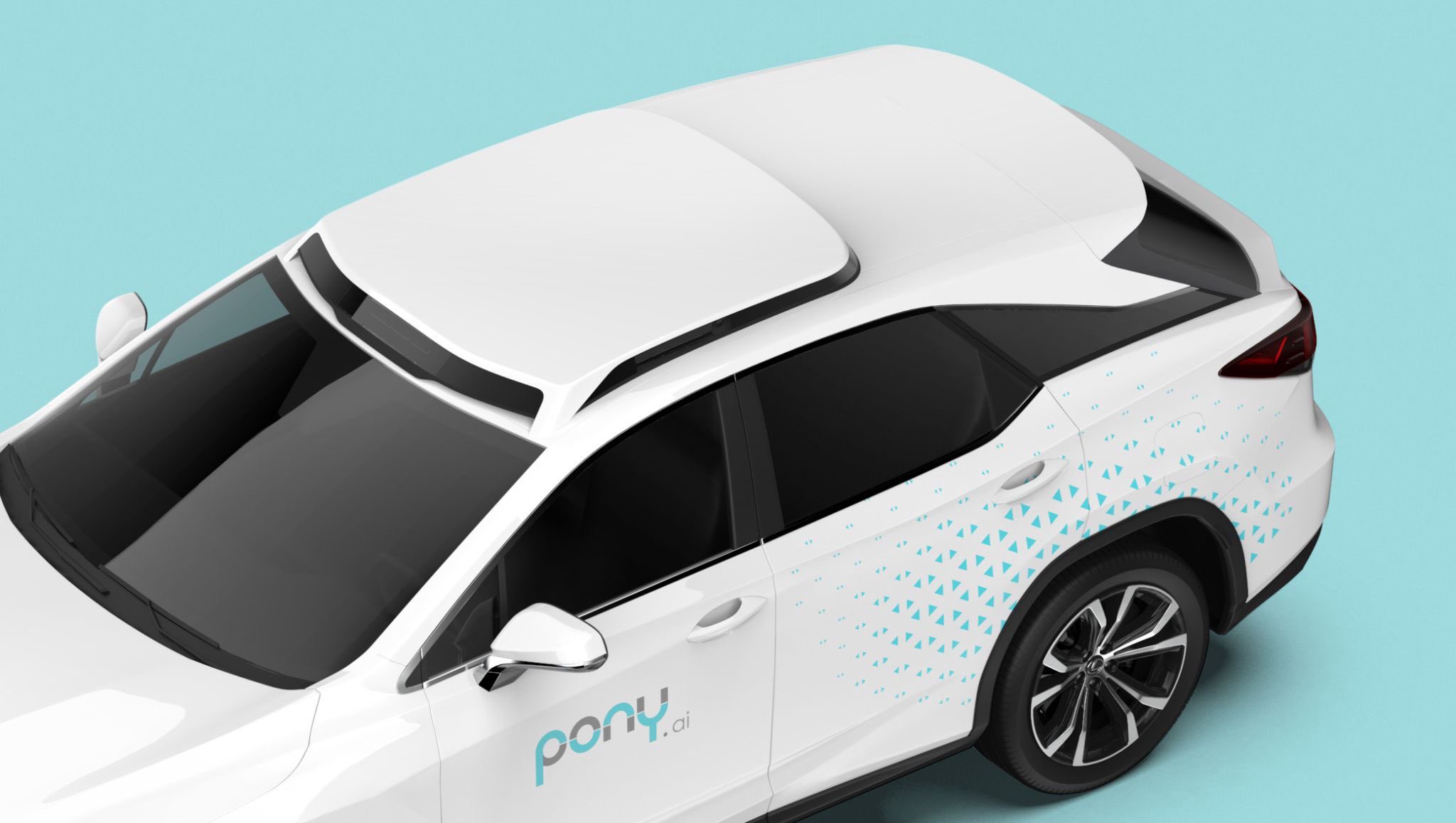 LiDAR is a laser sensor that sends millions of laser points out per second and measures how long they take to bounce back, a key component to safe autonomous driving. Luminar says that its Iris LiDAR has a maximum range of 500 meters (1,640 feet), including 250-meter range with less than 10 percent reflectivity. The self-driving sensor solution offers better perception accuracy and field of view breadth to enhance the ability to cope with long-tail scenarios. The new pony vehicles with Luminar’s LiDAR sensor will be up and running in 2022, and will be ready for the company’s robotaxi customers in 2023.

Autonomous driving at scale is, literally, in sight

The past year hasn’t been easy, Lou says, but it pushed their contactless delivery initiative further along in Irvine, which helped the community cope during the pandemic, while adding testing and collecting mileage for data points. But full autonomy at scale still requires testing.

And looking ahead, in 10 years or 20 years, it could be possible that owning a vehicle would entirely be a luxury, Lou says.

“We need to carefully think about whether that’s necessary, having personal vehicles,” he says. “If it’s mathematically possible to get a vehicle within as little as 30 seconds, most people may not have to own a vehicle.”

He also points out that if most vehicles are running autonomously, the vehicle form factor can be reshaped for accessibility, opening up safe transportation for a larger population of older and disabled riders who could turn to cheaper, more efficient autonomous transportation for their travel needs.

“I still keep the engineering part in me, and with that part, I dream of pushing the world forward with state-of-art technology,” Peng says. “We are working hard to largely scale and deploy our technology across countries and regions to benefit more and more people.”

Dig deeper. Learn how Pony.ai is building the future of autonomous driving at scale.

Sponsored articles are content produced by a company that is either paying for the post or has a business relationship with VentureBeat, and they’re always clearly marked. Content produced by our editorial team is never influenced by advertisers or sponsors in any way. For more information, contact [email protected]