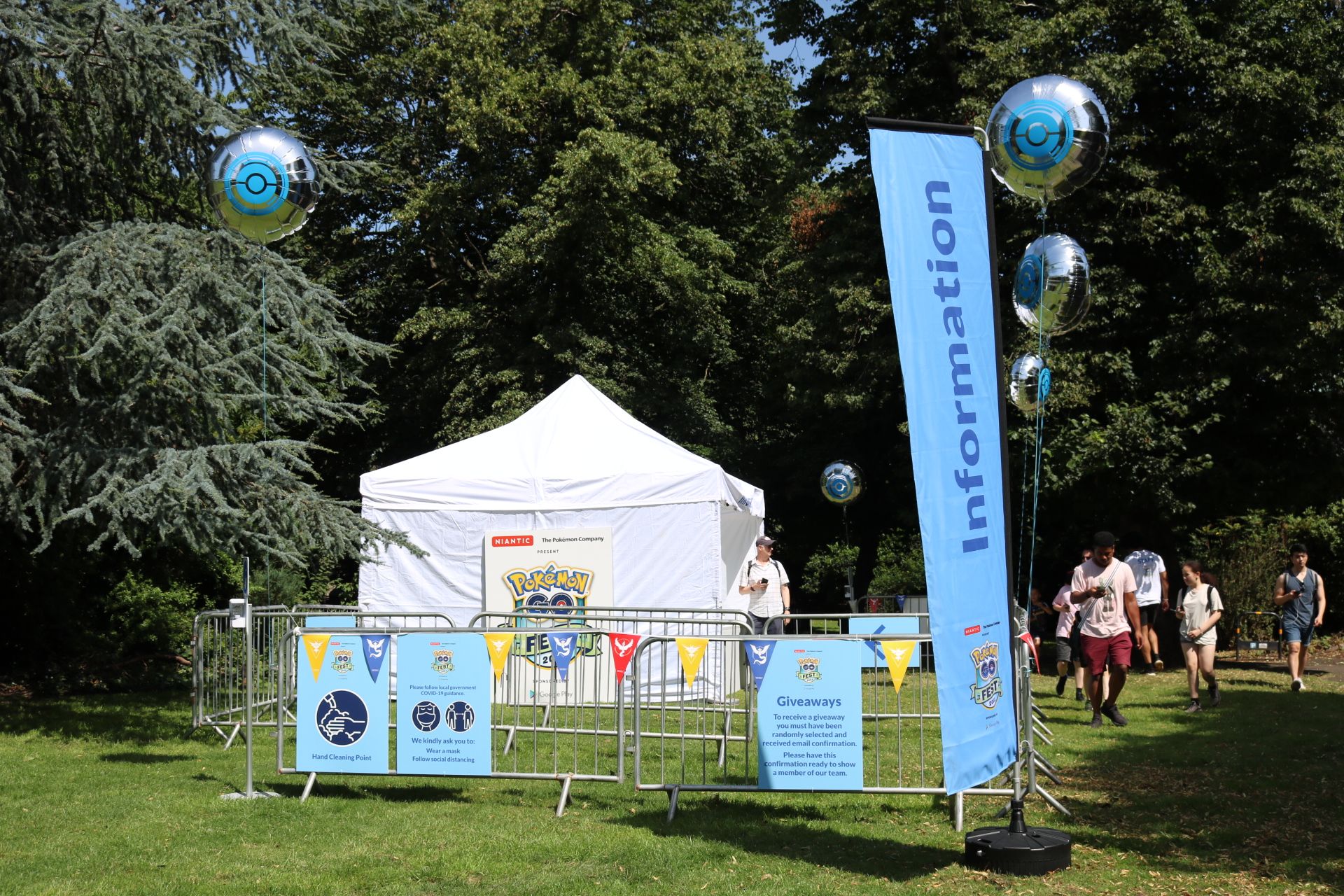 A reader reports back from this year’s Pokémon Go Fest in London, an event so lowkey it barely seemed to happen at all.

Last weekend marked the annual Pokémon Go Fest event and, with this month being the fifth anniversary of the mobile gaming app it centres on, some kind of special celebration was to be expected. However, the COVID-19 pandemic still continues, albeit to a lesser extent than this time last year, leaving a large question mark over how one could celebrate but also ensure safety.

Google made the first move, by subsidising the cost of the DLC down to £4.99, before Niantic announced 21 locations across the world, including the United States, Europe, and New Zealand. Tickets for each event ended up being free but past experience had left Niantic with a reputation for being woefully lacking in details until the last minute. This year was no exception, with the exact locations within each host city not declared until 48 hours beforehand.

I expected a large open area at one of the Royal Parks in Central London, to accommodate a large turnout but still adhere to social distancing guidelines. Instead, my Pokémon pilgrimage was to take place at St Alfege Park, a small churchyard in Greenwich. After some research, I realised that this lack of magnitude was common amongst most of the other city locations, with events relegated to microscopic patches of green on the city map.

On initial glance, this physical event appeared remarkably underwhelming, with the churchyard being sparsely populated and no entertainment other than a mural and cut-outs of the team leaders to take a selfie alongside. Having never been to any of the events in previous years, I’m not certain if this is a downgrade, but to see queue control barriers close to the entrance of the park erected but never used seemed somewhat sad.

For those who were proactive enough to book a ticket in advance a goody bag was offered, containing an A4-sized poster, trading paddle, postcard, and a cardboard Pikachu visor that matched the one available for your avatar in-game.

With little going on in the park, there seemed nothing else to do but seek opportunity elsewhere and explore the town centre. Throughout the day, Greenwich was dotted with people wearing their yellow visors like beacons, flocking towards the other locations declared on the website for photo opportunities; Pikachu balloon graffiti could be seen outside the entrance of Greenwich Foot Tunnel, and a painted pair of Charizard wings adorned the wall of the Novotel next to the main train station.

Being one of the few that decided to attend the event with what could be classed as cosplay (i.e., a lab coat, a Happy Meal pokéball toy, and a backpack), I was stopped many times by members of the public with the assumption that I was a representative of Niantic – forcing me to reacquaint myself with public speaking.

The only regret I do have was that I ventured 25 minutes away from the general population, up a steep hill to seek out the final display at what was labelled on the website as ‘Circus Field’, which was unknown to Google Maps. The best guess was Blackheath, a very large stretch of common land alongside the A2, which proved fruitless.

With 32 degree heat, and with time constraints on my day out, I had little time to better research what I was supposed to be looking for and initiative could only guide me so far. My long walk back towards the riverside was initially clouded with thoughts of frustration and disappointment.

However, it eventually dawned on me that maybe the whole event was so subdued for a reason, and that it was intentional rather than the outcome of bad planning. It could have been possible to organise this event somewhere large, right at the centre of London Zone 1, to show off the popularity of Pokémon and brag about Niantic’s influence over the past five years. Instead, we got a nudge eastward, to a less appreciated area of London that is steeped with history, less crowded, and with plenty of views by the riverside.

The key principle of Pokémon Go is to explore – the game rewards you for venturing outwards to unknown areas more than for hovering in the same location for a long time. For the past 16 months (through no fault of my own) I had been stuck travelling to and from the same places in my regional area and this was a chance to finally break out of that rut, socialise, and relearn communication skills in person. I just wish that the moment was somewhere more temperate than the overgrown grass 2km away from where everyone else playing the same game was situated.

From TikTok to Instagram: Data is key to adapting ad creative to every platform