Streumon Studio, makers of the delightfully dark Space Hulk: Deathwing, is back with another fast-paced first-person shooter set in the gritty Warhammer 40K universe. But instead of being on an alien-infested space hulk, this time you’re on the very human-infested world of Necromunda.

In Necromunda: Hired Gun, you play as a bounty hunter searching for your mark underneath the hive cities of Necromunda, an industrial world dominated by massive urban environments that practically span the entire planet. Necromunda is known for its dystopian, anarchic society where rival gangs engage in open warfare and violence runs rampant.

As a bounty hunter, your job is less about bringing order to the chaos and more about making money off the chaos by murdering specific people. Or as the trailer suggests, a whole lot of people. 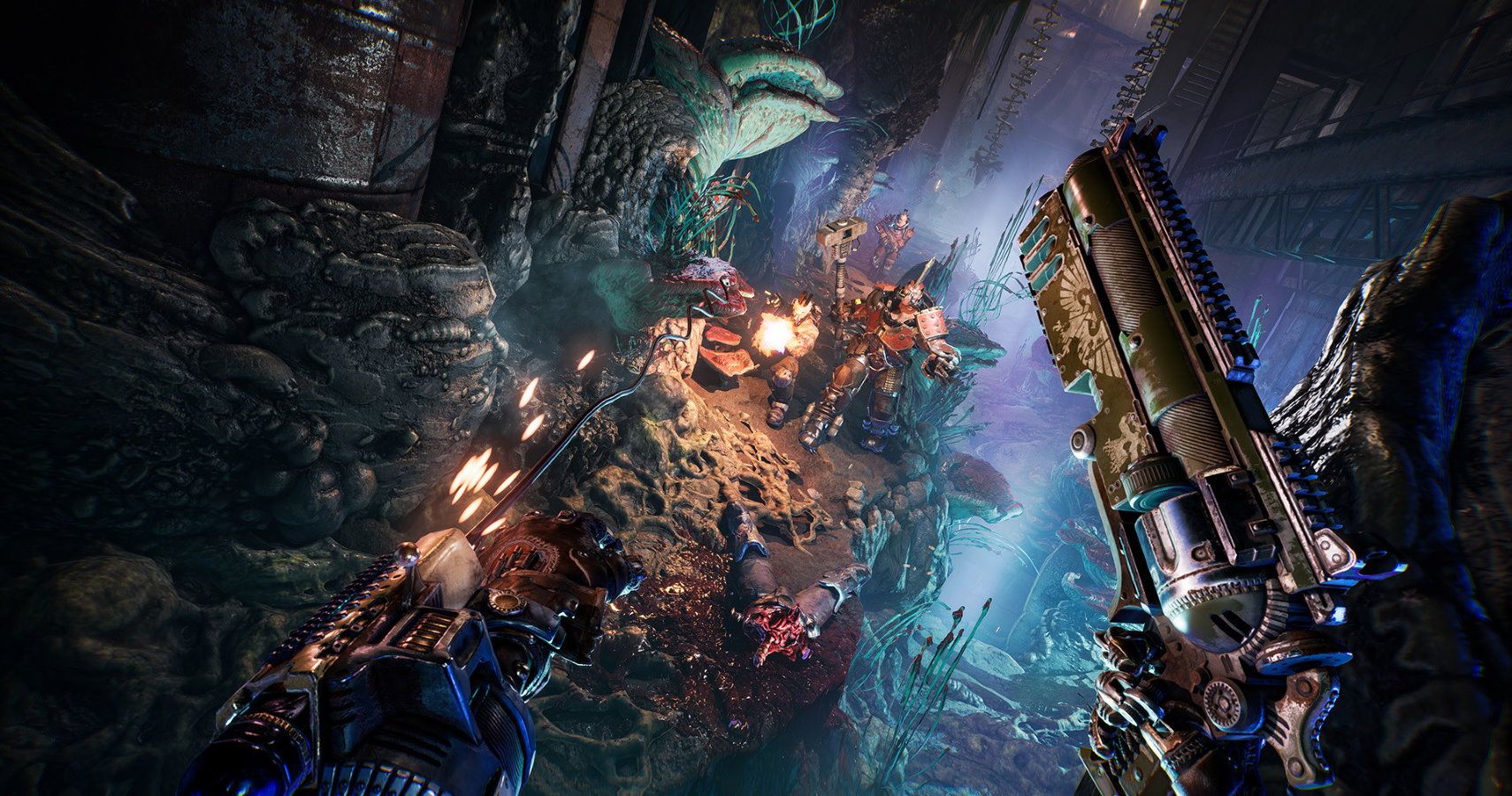 To help you in your homicidal journey is your cyberpup, or “Cyber-Mastiff,” as the game description calls it. A “half-dog, half-robot, and ready to kill for you in exchange for treats,” it’ll warn you of nearby enemies and also dispatch them with a vicious bite to the neck.

Both human and dog will have both a skill tree and the option for cybernetic upgrades, but unlike in Cyberpunk, these upgrades have a distinctly industrial look to them. Actually, the whole game has the same hardcore industrial look, which fits in with the wider Warhammer 40K universe.

From the trailer, we can expect Necromunda: Hired Gun to have fast-paced action thanks to various movement options that include wall-running, double-jumping, or a wrist-mounted grappling hook. That hook can be used to snag an enemy or a ledge, depending on the situation and whether or not your bounty specifies “alive.”

Given this is the Warhammer 40K universe, I suspect a breathing captive will be entirely optional. And possibly even detrimental. 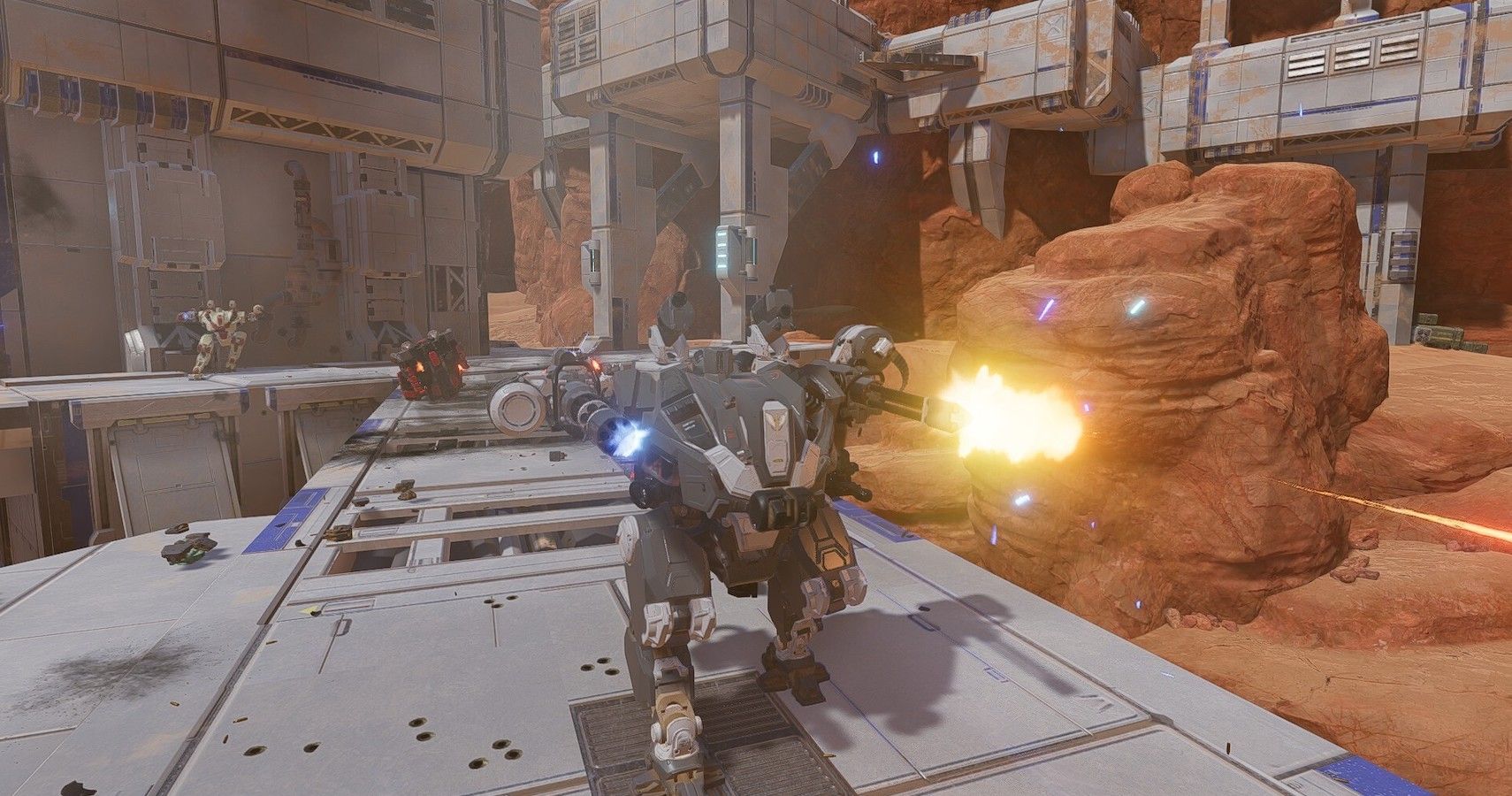 Looking Back With Laura Bailey