A brand-new Final Fantasy Tactics experience is available on mobile devices with War of the Visions: Final Fantasy Brave Exvius available now in North America. Although the game is new for users here in the West, it has been available in Japan since November of last year. While the game looks polished and like a fitting sequel to the Tactics series of games, not everyone may enjoy what lies ahead in this free-to-play mobile experience.

Gameplay looks exactly as it should in a Final Fantasy Tactics title. Characters and opponents occupy a space on a grid, a turn order is listed on the side of the screen, and everyone has unique abilities or skills based on their role. The introductory tutorial levels reveal how to handle limits breaks, summons, and nothing is out of place from the series. 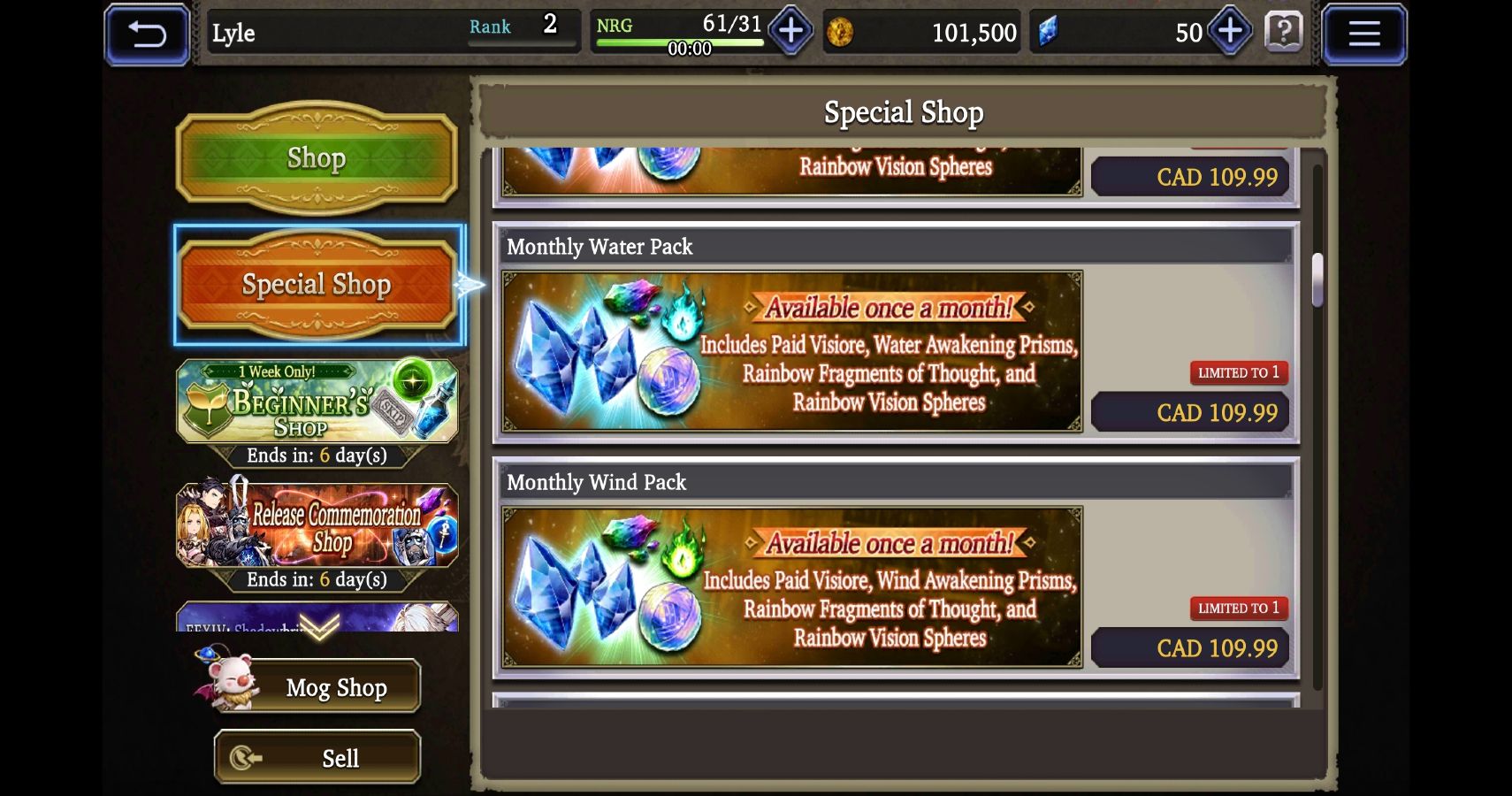 Since War of the Visions: Final Fantasy Brave Exvius is somewhat new, it is still not clear how aggressive the push will be to spend in game. The store is certainly not promising, however. Within a few minutes of playing the game and reaching the storefront, players are given the option to spend around $100 on various release starter bundles in the Special tab, as well as varying amounts of money for Visiore, the premium in-game currency.

Engaging in battles uses the all-to-familiar system of energy seen in most free-to-play RPG mobile titles, labelled NRG in this game, which is another place to spend money if a player wants to continue advancing beyond their daily allotment. 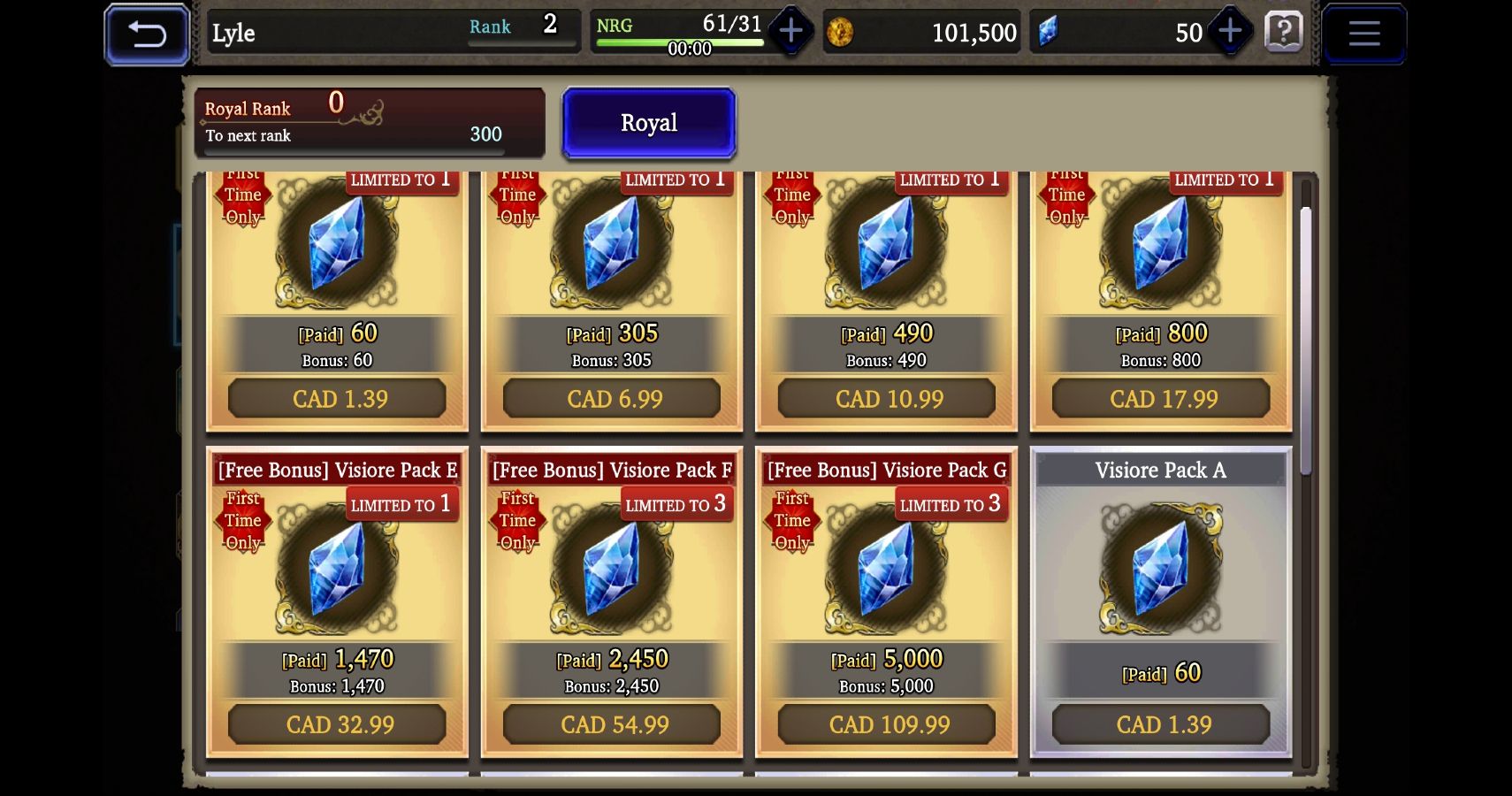 While there is a genuine opportunity here to see the game progress as free-to-play friendly despite the above monetization mechanics already included, the inclusion of a VIP system, known as Royal Rank in this game, does signify that some content will be locked behind some manner of paywall.

So, what does this all mean? Truly it depends on how big of a Final Fantasy Tactics fan one is. Spending a little bit of money, which everyone should do anyways in a game they enjoy supporting the development costs, will provide a solid way to enjoy this new title. On the surface however, it does not appear to be friendly to those looking for a casual experience, or for those not looking to spend any money.

Since the game is out now, readers can check it out and judge for themselves on iOS and Android.

Convergence: A League of Legends Story is an action-platformer adventure

How To Get Deadpool In Fortnite
PC