Tabletop studio Games Workshop is at it again with a crate full of new content for their recently updated 9th Edition of Warhammer 40,000. This follows last week’s sneak peek of the new Space Marine and Necron Codexes.

Warhammer 40,000 has received the first narrative Mission Pack for Crusade. Beyond the veil includes six unique missions for play over four different game sizes, that’s a total of 24 different missions to get your teeth into! Further background to War Zone: Pariah is included, giving you detailed information on what you are getting yourself into. You will also find extra Agendas, Battle Traits, Relics, and Battle Scars. Most importantly, there are new rules for games played in the Pariah Nexus that cover The Theatre of War and Afflictions, bringing the turbulent and deadly region of space to life in your games.

Chapter Approved is back with more new missions for matched play. The focus this time is Tactical Deployment and terrain with new rules for using your own. Special rules will now apply to terrain that is dependent upon the type. This will give gamers a fresh challenge as new strategies will be needed to overcome new obstacles in their path, as they race to victory. A set of Terrain Datasheet Cards are also available as a handy reference. 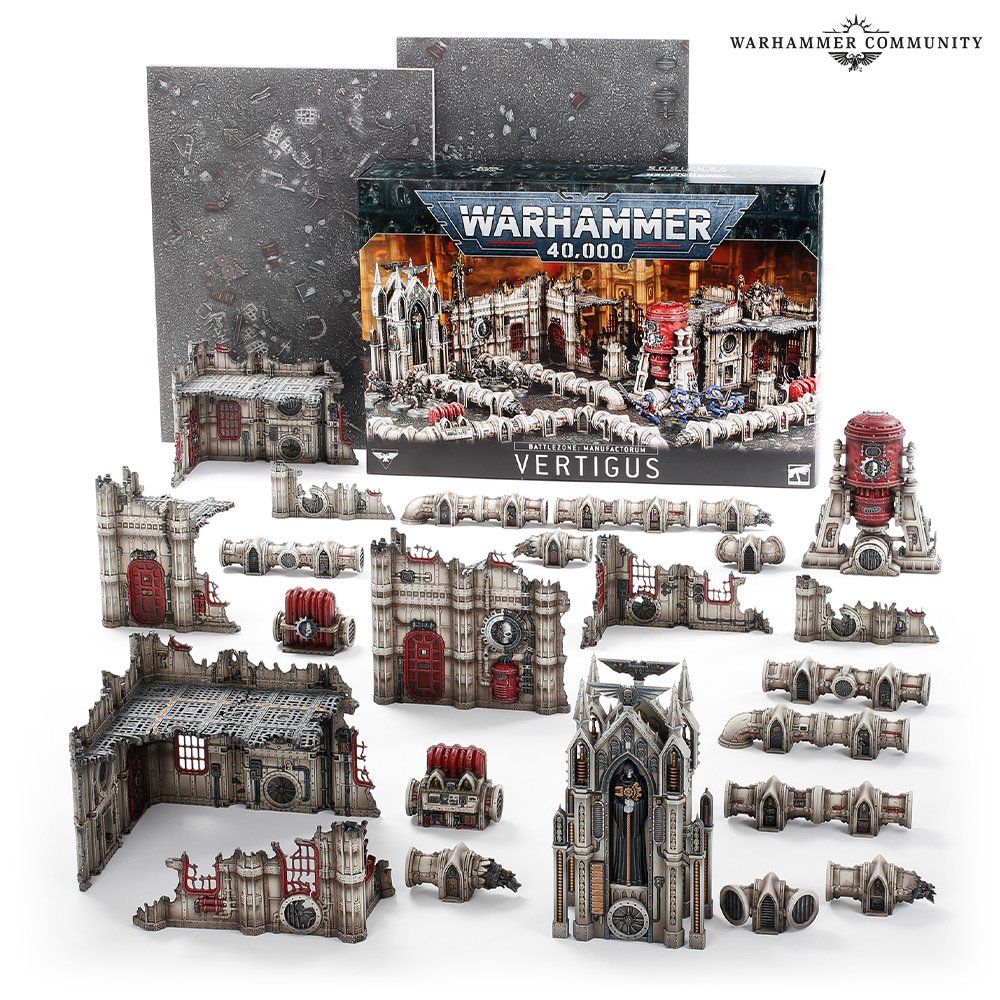 GW is also releasing a total of five new terrain kits. The largest set, Battlezone Manufactrum Vertigus, is a mishmash of ruined buildings and pipework sculpted in the Imperial style. A total of 24 pieces are included as well as two double-sided game boards suitable for Combat Patrol and Incursion sized games. Two matching smaller sets are also available, with both having appeared elsewhere prior to their individual release. The SubCloister and Storage Fane comes from the Warhammer 40,000 Command Edition box set and upgrade kit, while Sanctum Administratus is based upon the Sector Imperialis Manufactorum but comes with extra sprues allowing for a three-story ruin to be constructed. 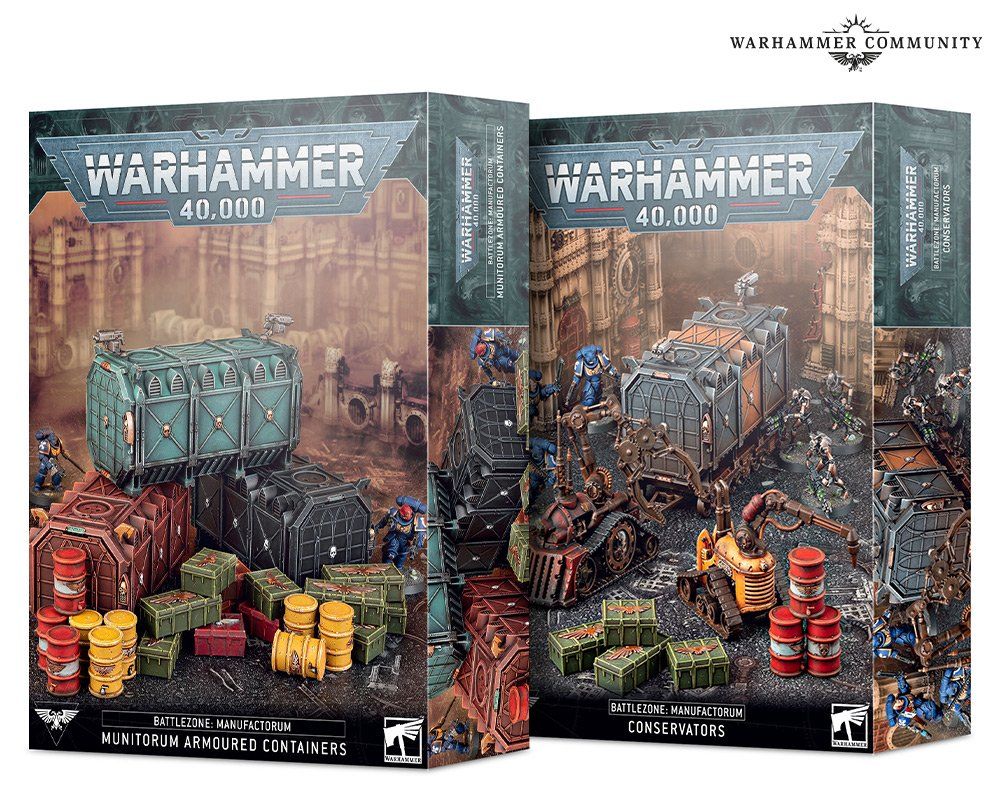 The remaining two kits have also been available previously and should prove popular for not just Warhammer 40,000 use. The sets of storage containers, barrels, and chests will provide plenty of hiding places for gangs in Necromunda, Kill Team, and Age of Darkness. They will also be a staple for the pro-painting scene looking to create dioramas and bases to showcase their creations. Keep a lookout for Munitorum Armoured Containers and Conservators in stores soon.

Preorders will start on Saturday, September 26 at the GW website and in-store, or will be available through your local independent GW stockist.

The Last Of Us director hints at multiplayer mode, asks fans to be patient

Games Inbox: Which is your favourite pokemon?

John Wick Hex video game coming to PS4 this May