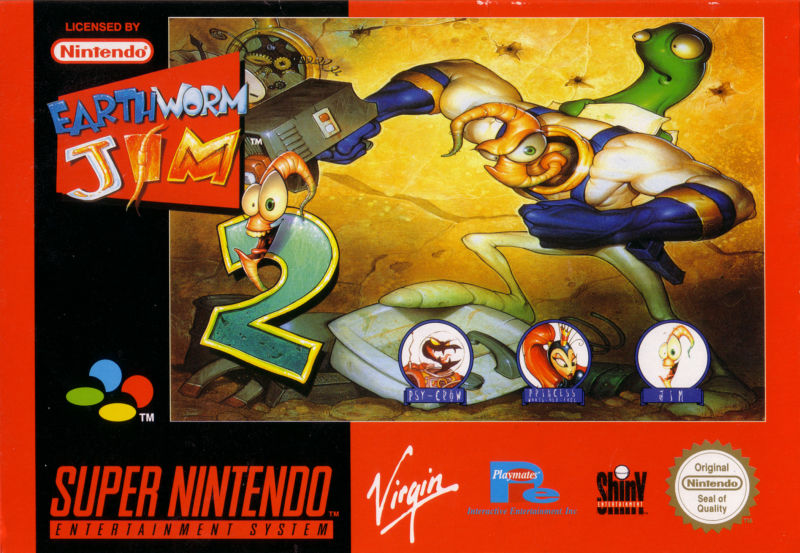 The latest additions to the Switch’s NES and SNES Virtual Consoles aren’t much to get excited about, unless you’re a fan of Earthworm Jim 2.

April seems to be the month for underwhelming updates to online game libraries. First it was the new PS Plus games, who’s biggest title is a three-year-old indie game, and now the latest update to the Nintendo Switch Online Virtual Console has turned out to be a bit of a dud.

The biggest new addition is 1995 SNES platformer Earthworm Jim 2, which is graphically very impressive, with some of the best pixel art of the era, but hasn’t really stood the test of time in terms of its shallow and aggravating gameplay.

The other two games are both NES titles, with arcade conversion Dig Dug 2 from circa 1986 and Mappy-Land from the same year.

Dig Dug 2 is surprisingly different to the original, incorporating elements of Taito’s classic Qix, where you can collapse parts of the overheard game map into the sea. It’s not as much fun as the first game though and lacks its more freeform nature.

Mappy-Land is a console-only sequel to arcade game Mappy by Namco. You once again play as a mouse policeman, who uses trampolines to defeat enemies. The scrolling levels are more complex than the original and despite the simplicity it’s probably the most fun of the three.

All three games are available now if you’re a Nintendo Switch Online subscriber, following the N64 update at the beginning of the month that added F-Zero X.

Although N64 support was added after the SNES and NES all three consoles continue to get new titles, but there’s no sign of Nintendo adding Game Boy games – despite rumours last year that they were imminent.