The first time I played Oblivion, I found the village of Hackdirt completely by accident. I was aimlessly wandering the forests south of Chorrol and stumbled upon a scattering of dingy-looking houses, overgrown and surrounded by the charred remains of buildings razed by some great inferno. I talked to the locals and the vibe was immediately off. Usually the townsfolk you meet in Oblivion are chatty, friendly sorts, eager to spill juicy rumours or give you directions. But it was obvious that the creepy residents of Hackdirt did not want me, or anyone else, hanging around.

It wasn't until much later, after picking up a quest called A Shadow Over Hackdirt, that the grim truth about this place revealed itself. When you first arrive in Chorrol, a friendly Argonian named Dar-Ma approaches you. She welcomes you to the town, and you're given the option to either rudely tell her to mind her own business or be friendly back to her. Return to Chorrol a few in-game days after this encounter and a new rumour will be flying around about Dar-Ma's mysterious disappearance, leading you to a store owned by her mother called Northern Goods and Trade.

Talk to her mother, Seed-Neeus, and you learn that Dar-Ma mysteriously disappeared while on a routine delivery to Hackdirt. If you've visited the village already, like I had, this will set alarm bells ringing. If not, you'll assume Hackdirt is just one of the many unremarkable rural hamlets littering Cyrodiil. Either way, it's an intriguing mystery which leads to one of the best, most memorable, and most disturbing quests in Oblivion. It's been years since I last played through A Shadow Over Hackdirt, but revisiting it today, it's as wonderfully unsettling as ever. 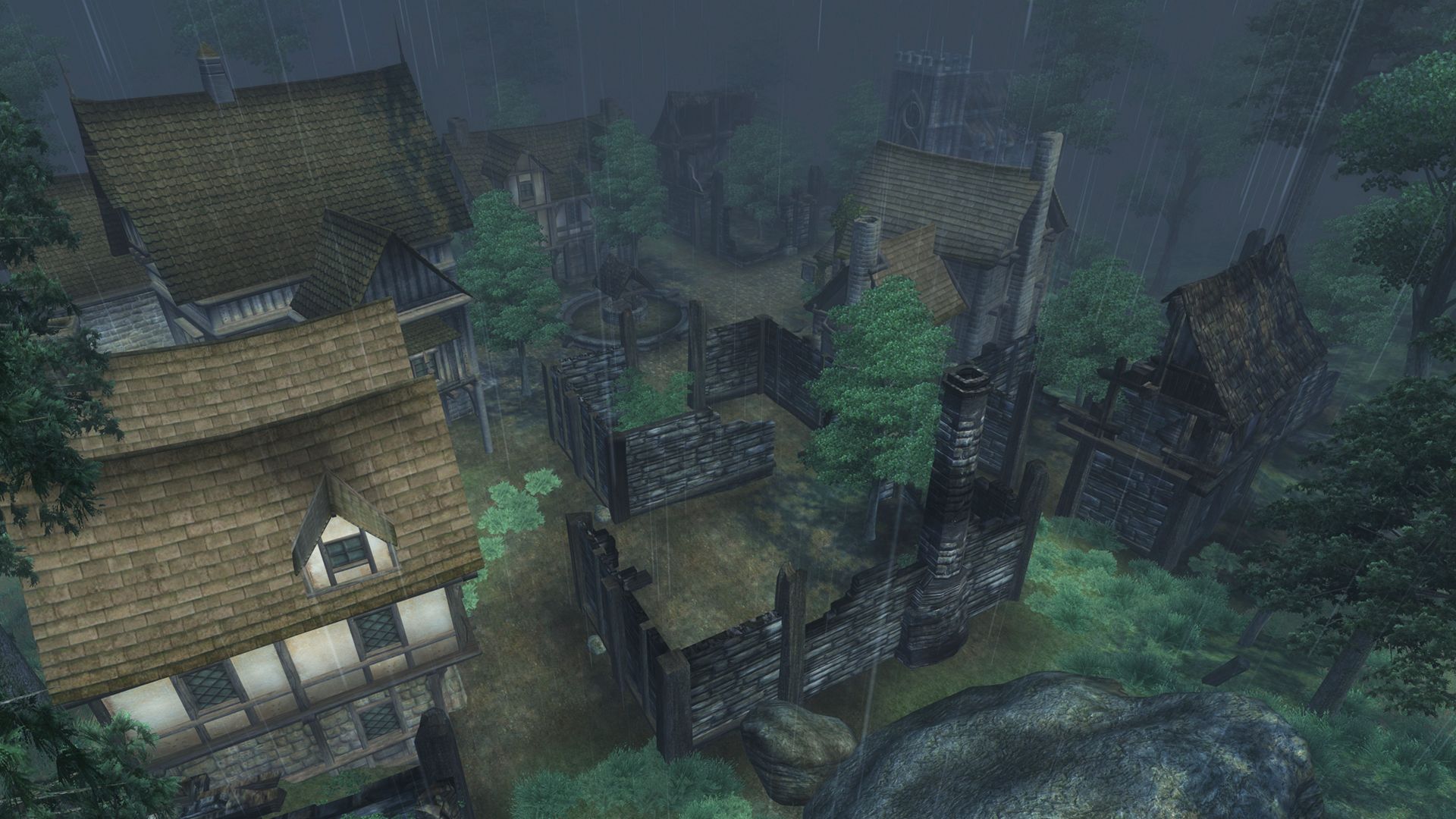 I head south from Chorrol towards Hackdirt. I don't know if it's part of the mission script, or just pure serendipity, but as I approach the village the sky clouds over and a thunderstorm rolls in. I forgot how atmospheric Oblivion can be when the weather turns bad, and the storm perfectly complements the sinister tone of the quest. In the village I find Dar-Ma's horse, Blossom, hitched near the general goods store she was delivering to: a clue that she was definitely here. The locals are as suspicious and toxic as ever, refusing to answer any questions about the girl's whereabouts.

It's time to play detective. There are a few ways to uncover the truth about Hackdirt, including using a lockpick to break into the guest room in the village's cold, uninviting inn. I search the drawers of a dresser that's been knocked over in a struggle and find Dar-Ma's diary, where she writes about the weird atmosphere in the village, the eccentric locals, and a feeling that she's being watched. I confront the innkeeper about what I found and he's clearly flustered, but waves the discovery away saying she must have forgotten it. Something definitely isn't right here. 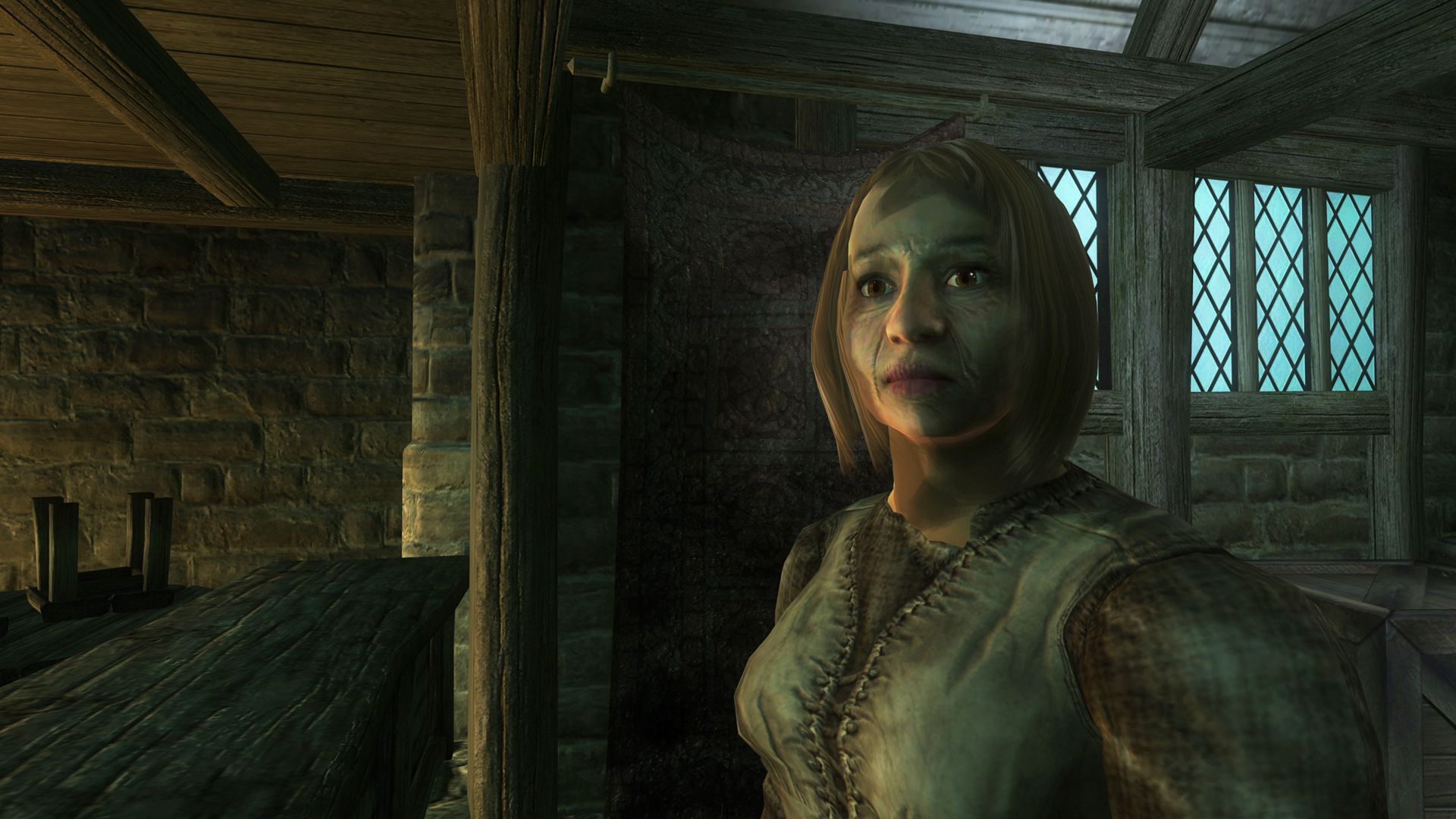 Outside, a Hackdirt local named Jiv Hiriel stops me and whispers that I should meet him in his house after dark, where he tells me the shocking truth. The residents of Hackdirt worship a race of ancient, obviously Lovecraft-inspired beings they call the Deep Ones. They think these entities will turn around the ruined town's fortunes, and sacrificing Dar-Ma will awaken them. Hiriel says she's being imprisoned in a cave network located beneath the town, and gives me a key to access them. Seems I've found the only person with a conscience in this cursed little burg.

Seems the villagers of Hackdirt are part of a demon-worshipping cult. In the church I find a book, the so-called Bible of the Deep Ones, whose arcane text is scrawled in Daedric runes. Later I learn that the reason there are so many ruined buildings in the village is that, years ago, the Imperial Legion burned the place down to deal with these cultists. Descending into the caves, I'm attacked by freaky cult enforcers called The Brethren, who have massive, bulging eyes: one of several references in this quest to H.P. Lovecraft's novella The Shadow Over Innsmouth. 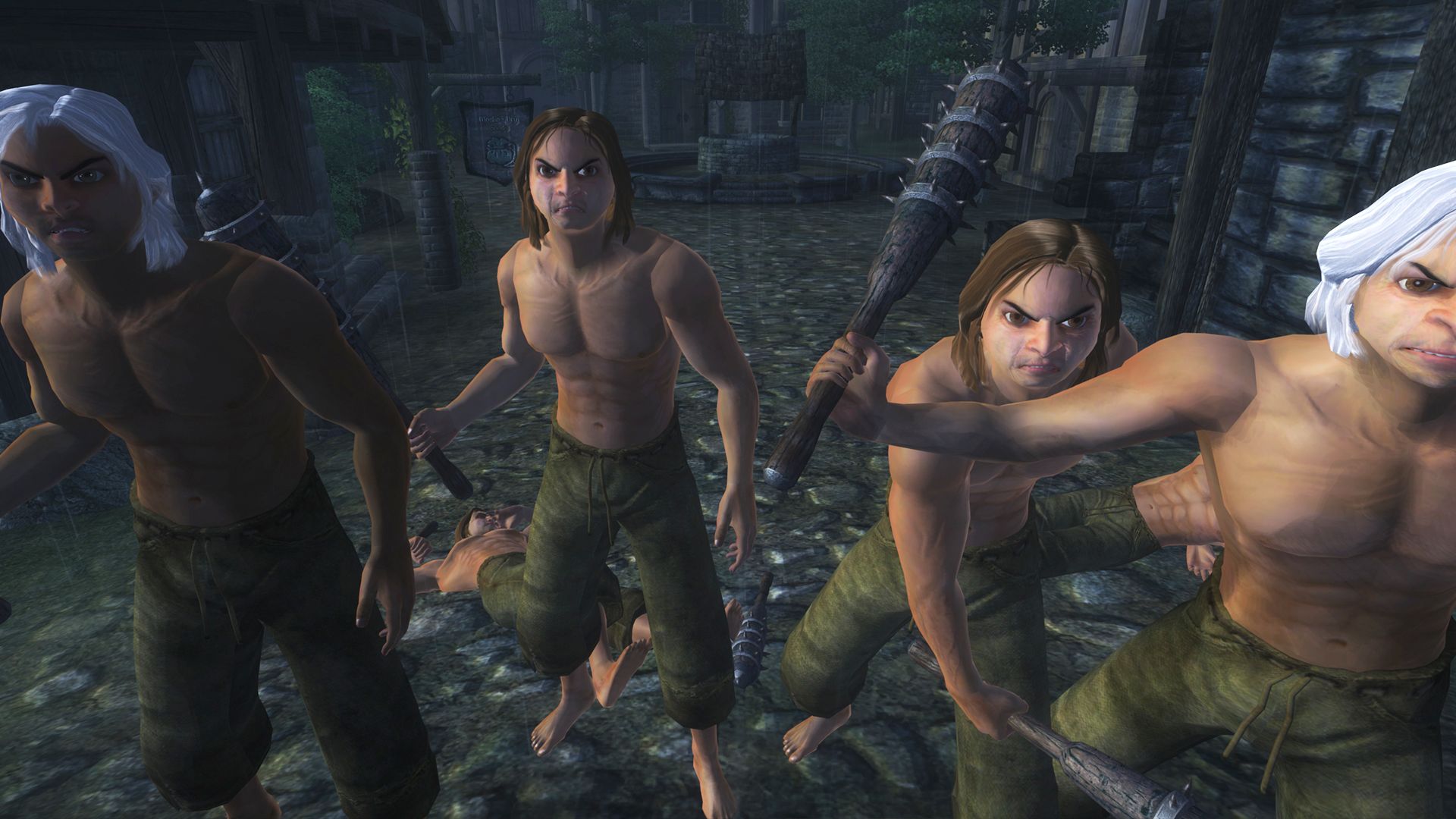 I kill the Brethren, free Dar-Ma, and escort her safely back to Chorrol. I can kill the villagers if I want to and it won't count as murder (except for the reformed Jiv Hiriel), but I decide to let them live. I don't think they'll be trying to summon the Deep Ones again any time soon. A Shadow Over Hackdirt is a perfectly formed quest, and one of the best examples of how well The Elder Scrolls does horror. From the moment you arrive, whether you're pursuing the quest or not, you immediately feel uneasy—and it just keeps getting more disturbing the deeper you dig.

It's clear whoever wrote this quest, like so many game developers, was a Lovecraft fan. But I'm more compelled by how much it reminds me of pastoral folk horror like The Wicker Man. You're a nosy outsider intruding into a remote, close-knit rural community with a secret, asking too many questions, and discovering something dark and ancient. Hackdirt and The Wicker Man's Summerisle, with its secret pagan rituals and penchant for human sacrifice, have a lot in common. Luckily things turn out a lot better for the Champion of Cyrodiil than poor Sergeant Howie. 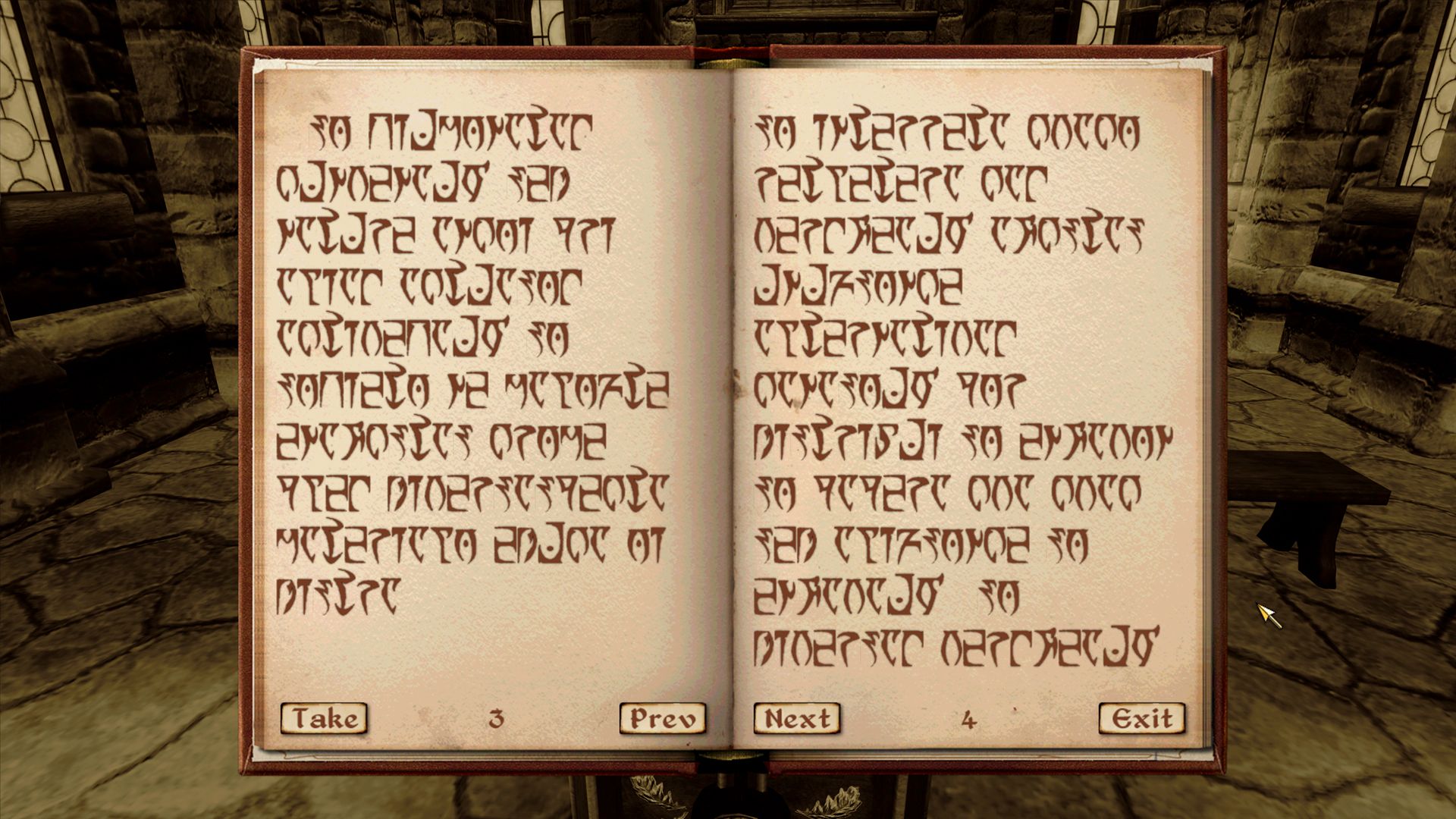 Whenever Bethesda dips into horror, the results are almost always brilliant. I still vividly remember the first time I wandered into Hackdirt expecting a warm welcome from the locals, only to be met with hostility and a tangibly eerie undercurrent of weirdness. There are a lot of great quests in Oblivion, but this is the one that has stuck in my mind the most over the years. Replaying it today, I'm glad to discover it's lost none of its power. Even knowing the village's secret, the build-up to the discovery is still perfectly paced. I hope we get more horror in The Elder Scrolls 6.

Steam Summer Sale 2022: When is the next Steam sale? Date, time leaked

If You Tried To Fix Shane In Stardew Valley, You Might Be The Real Problem