Home » News » Octopath Traveler: Champions Of The Continent – How To Get The Battle Tested Tome

As you progress through Octopath Traveler: Champions of the Continent, you will be constantly upgrading your weapons and armor to challenge tougher enemies. After reaching level 60, the Battle Tested series of weapons will be your go-to choice for endgame fights, although obtaining them can be difficult.

Battle Tested weapons are level 60 weapons that have high stats, but can only be obtained by defeating difficult NPCs around the world. Let's take a look at where to find the Master of Books, who holds the Battle Tested Tome, and how to defeat him.

Where To Find The Master Of Books 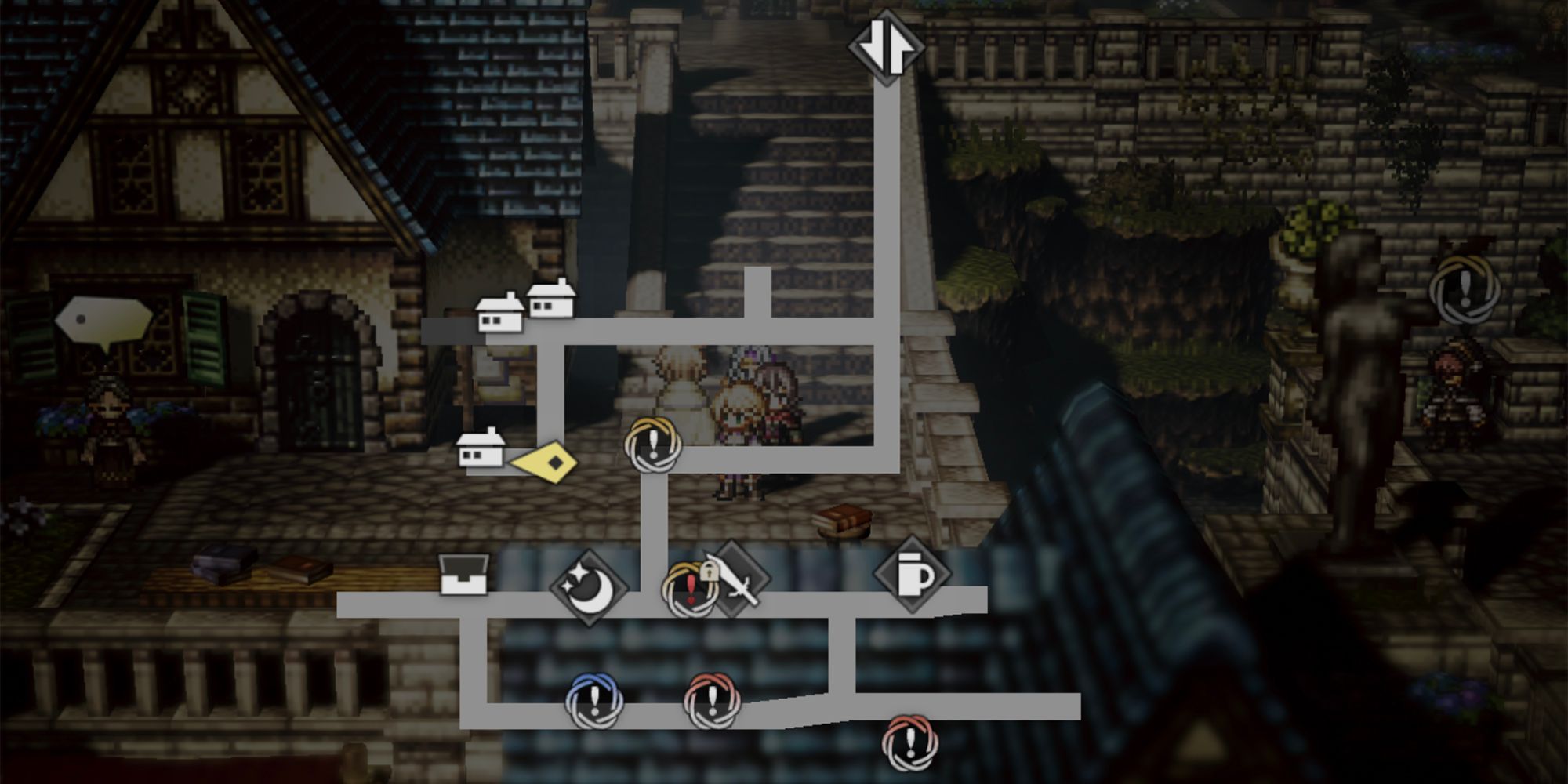 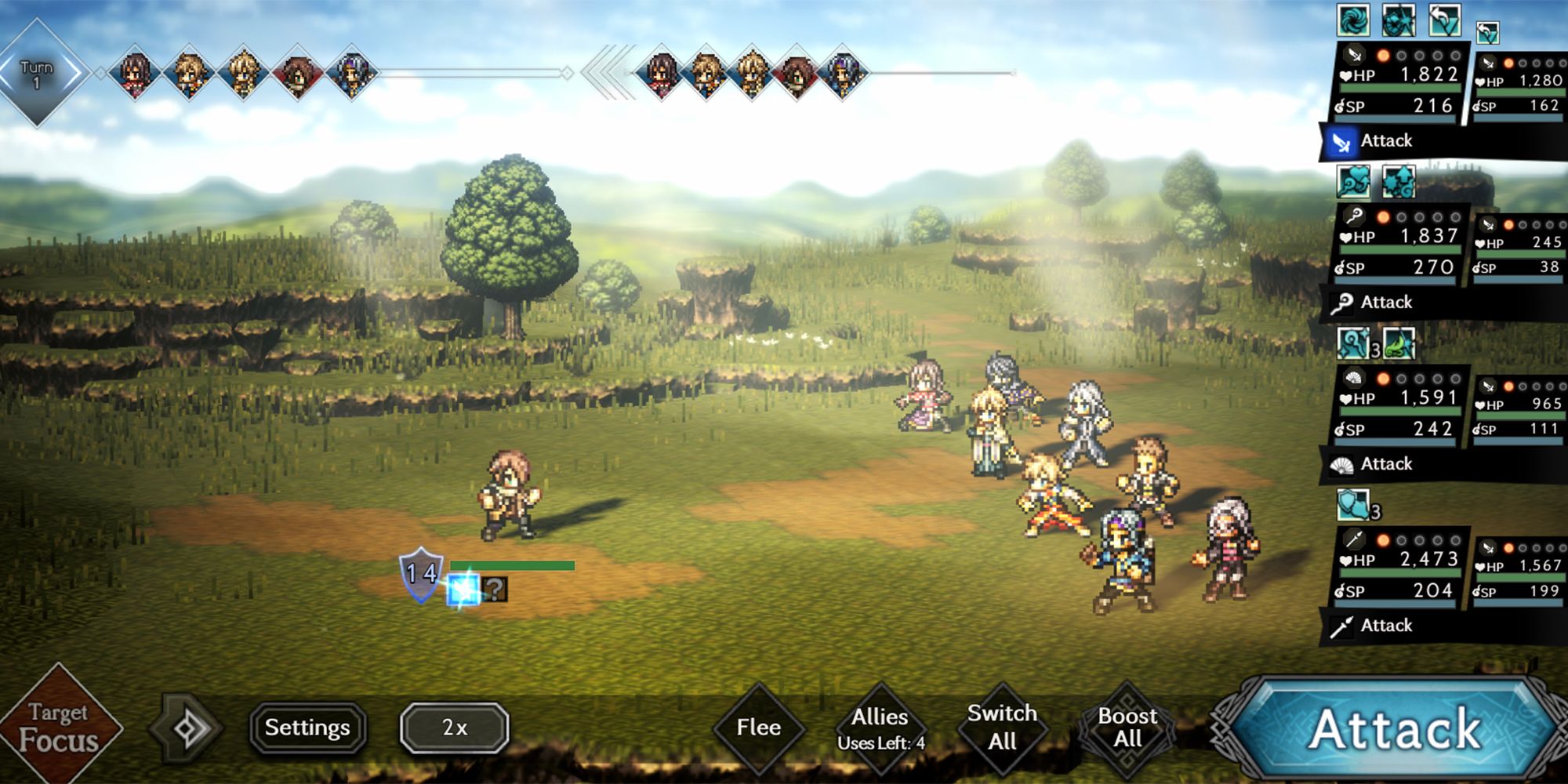 The Master of Books is weak to dagger and wind attacks. Throughout the fight, he will buff his physical and elemental damage before attacking with high-damage front-row attacks. Additionally, he will cast Magic Counter Stance, granting him a buff that will have him retaliate with a high damage attack to the front row if he is hit by a magic attack or an elemental debuff. Avoid using these abilities while the Counter Stance is active.

For this fight, we recommend bringing a few thieves to break the Master of Books' shield. These units can be any level, as long as they have unlocked their useful skills, like any multi-hit dagger attacks, if they have them. That said, the higher level your units are, the more likely you are to succeed. 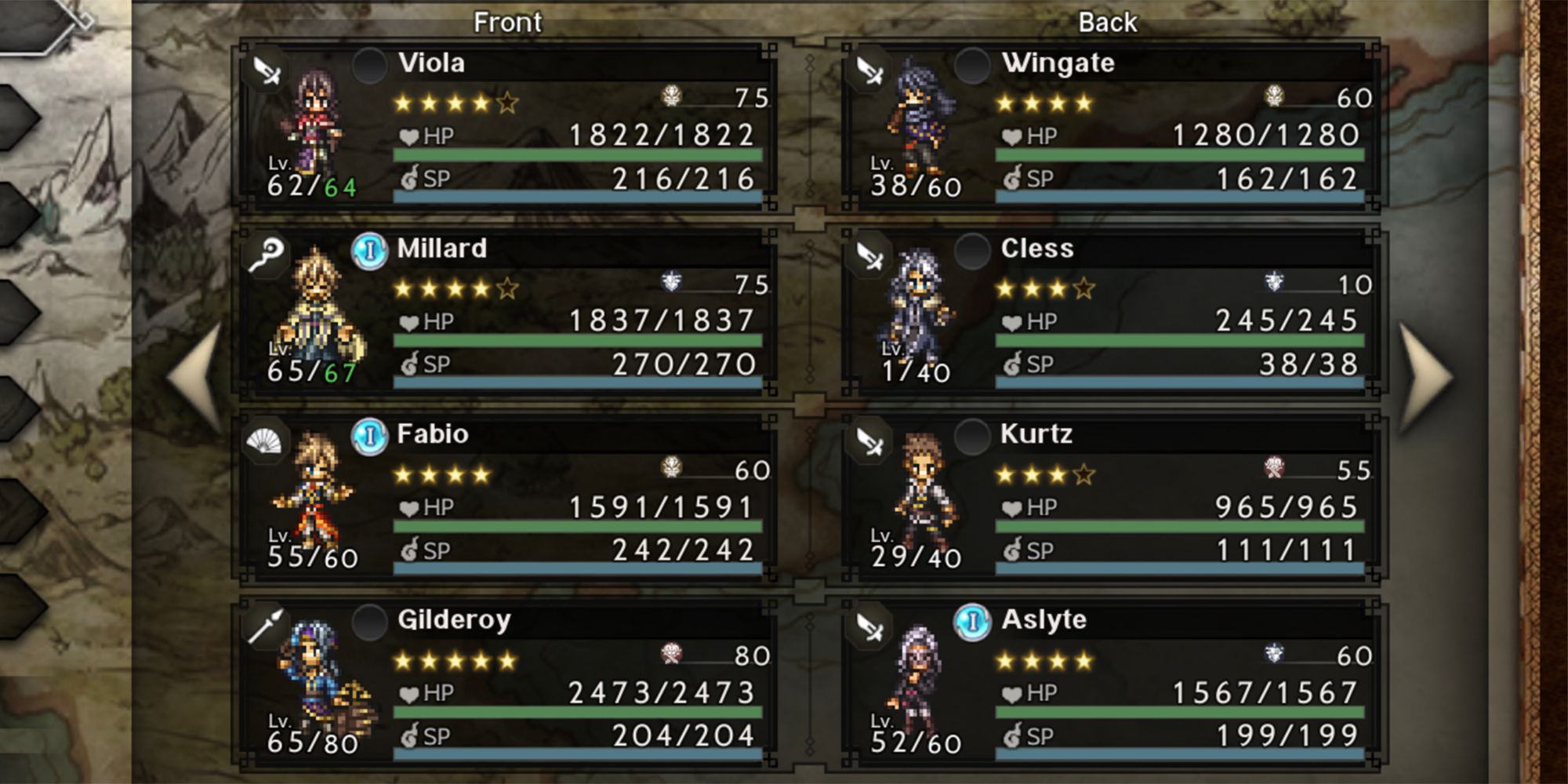 Besides breakers, bring at least one character that can buff your party's damage, and one that can debuff the boss. Lynette and Viola, respectively, are prime examples of these aspects, but these roles can be filled by other dancers or thieves that can buff and debuff, respectively.

If you have enough multi-hit attacks to break the Master of Books shield frequently, you may not need to bring a healer to the fight. However, you may still want to, just in case.

A tank character like Gilderoy or Tressa will also help keep your party safe, allowing them to draw aggro to themselves. Tressa's dodge mechanics can be very handy in this fight.

Finally, bring your strongest attackers, preferably a thief with high damage attacks and a unit that has high damage or multi-hit wind attacks. Equip these characters with your best weapons, and use them when the boss is broken to deal high damage.

Make sure to reapply your buffs and debuffs throughout the fight, and keep the Master of Books broken as much as possible. Allies can also help immensely, especially the Cheerful Acrobat, which has a multi-hit dagger attack that is great for breaking the boss in a pinch. You can find this NPC near the fountain in Shepherds Rock. 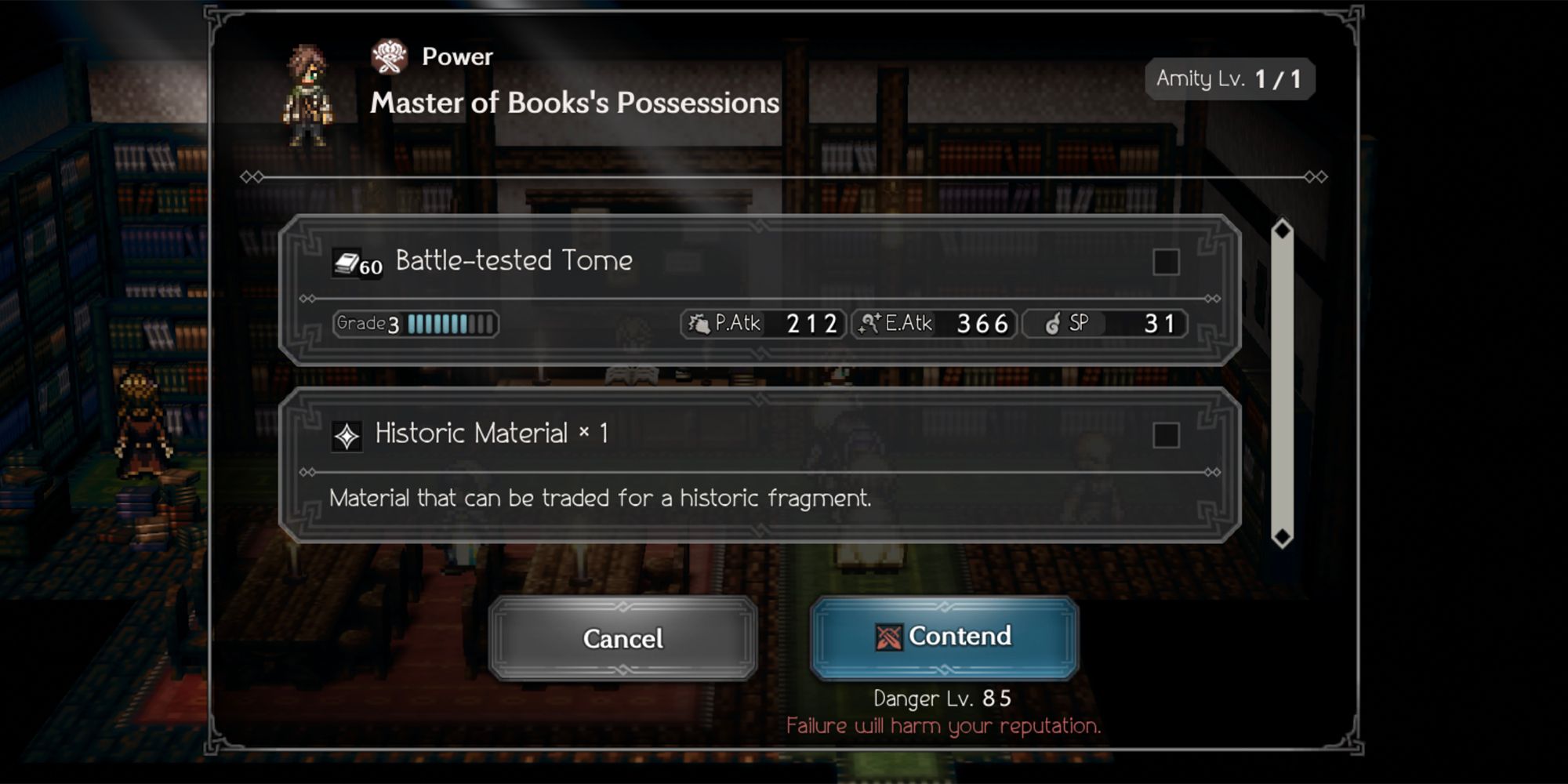 The Battle Tested Tome is not a guaranteed drop after defeating the Master of Books. In fact, this weapon has quite a low drop rate, but every time you defeat the Master of Books through Contend, you will get a Historic Material that you can eventually trade in for the weapon itself.

Alternatively, you can re-challenge the boss through the Impress Path Action (as opposed to the Contend one). Doing so, you can battle the Master of Books as many times as you want, but you won't get the Historic Materials when you win. Still, if you're just after the Battle Tested Tome, retrying by Impressing the boss is the best way to farm it.